Accessibility links
Review: Flat 'Escape Room' Leaves No Room For Horror This flat attempt to map contemporary anxieties over the template of more grisly films like Saw only "recalls the mechanized horror trend while sanding off its serrated edges." 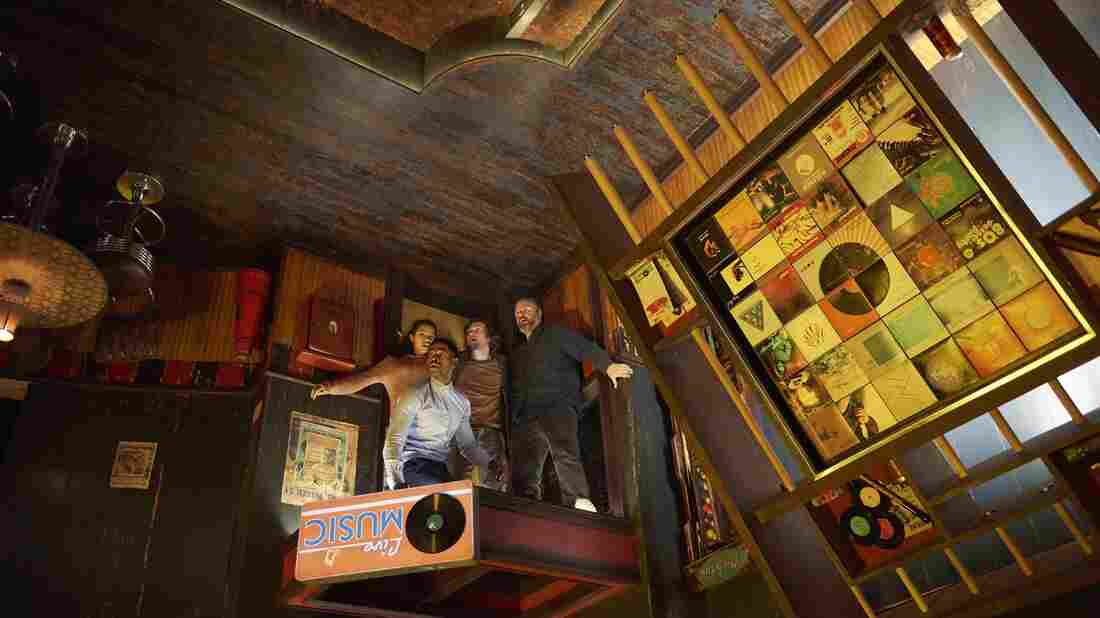 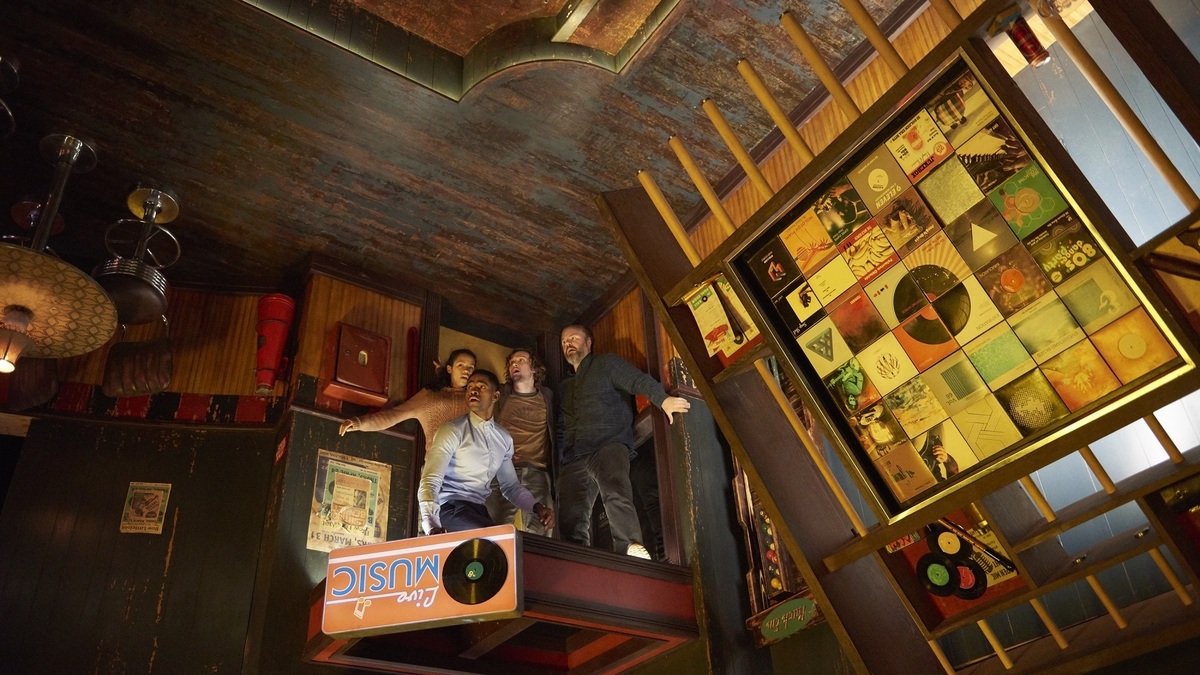 In the early-to-mid 2000s, mainstream horror was dominated by series like Saw, Hostel, and Final Destination, each telling stories of torture and mechanized death that mostly repulsed critics, but reflected the darkening mood of the country more than other studio films dared. Look past their can-you-top-this grisliness and they tap into the common fear that young people have no control over their own destiny, that they've given themselves over to some faceless, malevolent force that's really pulling the strings. When the haunted-house cycle eventually took over, starting with Paranormal Activity, at least there was the possibility of expelling demons from your life. But for a few years, audiences were freaked out by their own sense of powerlessness.

Escape Room is a throwback without the bite, a bloodless PG-13 thriller that recalls the mechanized horror trend while sanding off its serrated edges. Blowing up the brainteaser video games like Myst and real-life escape games, the film has new fears to evoke — like surveillance and the corporate plundering of our most personal secrets — but it's mostly about picking off the players one by one. It imagines the world as a high-tech death trap and dutifully sets about thinning the herd.

Taking a page or two — or most of the script, really — from David Fincher's The Game, Escape Room invites six strangers to an immersive adventure conducted by a mysterious company with seemingly limitless resources. And as with Michael Douglas' hero in the Fincher film, the game is offered as a gift to relieve them from the stress that dominates their lives. If any of them make it through the maze successfully, they win a cool $10,000, but just the experience itself stands to be a benefit to people who are anxious to get out of their heads for a few hours. Who are they to question an Escheresque box of dubious origin?

'Insidious: The Last Key' Unlocks The Series' Past. Again.

Leading a neo-Breakfast Club of flavorless stereotypes — a slick businessman (Jay Ellis), a war veteran (Deborah Ann Woll), a coal miner (Tyler Labine), a mega-nerd (Nik Dodani), and a wage drone (Logan Miller) — Taylor Russell stars as Zoey, a shy college student who geeks out over scientific theory, but mostly keeps to herself. Her professor encourages her to take some chances and do something uncomfortable over Thanksgiving break and she obliges by accepting the escape room invitation. When she and the others gather together in the waiting room, they quickly discover that they're not only already in the game, but they're playing for life-or-death stakes. Those hidden codes and keys will not merely advance them to the next challenge, but prevent them from, say, succumbing to hypothermia or dropping through a collapsed floor or getting burned alive.

There's the tiniest sliver of wit to Dodani's character, an escape room savant who keeps on believing the mortal threats are part of the staging — "It's really immersive!," he declares — but Game Night this isn't. There's a serious agenda at play here, grounded in the tediously rendered traumas that haunt each member of the group via flashback at various stages. Their personal histories have been harvested by their hosts and an experience has been tailored to their specific vulnerabilities. Call it Facebook horror.

If it can be called horror at all. Director Adam Robitel, who kicked off last year's opening weekend with Insidious: The Last Key, tries to give each room its own visual and logistical quirks, like a bar where the ceiling is the floor or a frozen lake where the temperature keeps dropping. But they all have essentially the same flavor, with the surviving characters scrambling desperately to figure out whatever riddles and combination locks will get them to the next set of riddles and combination locks. Even at higher stakes, these puzzles are only compelling to the solvers. It's no fun to look over their shoulders.