Accessibility links
The New Congress: Fewer Christians But Still Religious Pew Research finds that more than 99 percent of the Republican members of Congress identify as Christian, as opposed to 78 percent of the Democrats. Only one member identifies as unaffiliated. 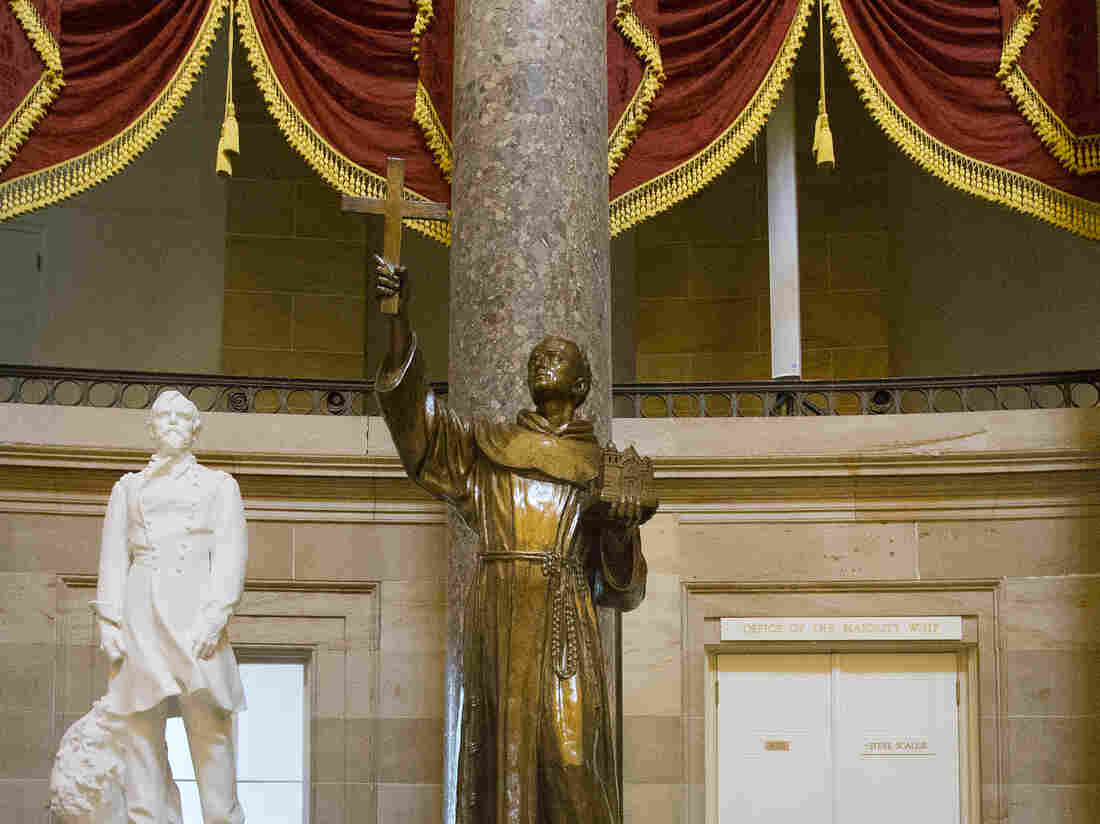 The new Congress is more Christian than the U.S. population in general, according to a new survey from Pew Research. Pablo Martinez Monsivais/AP hide caption 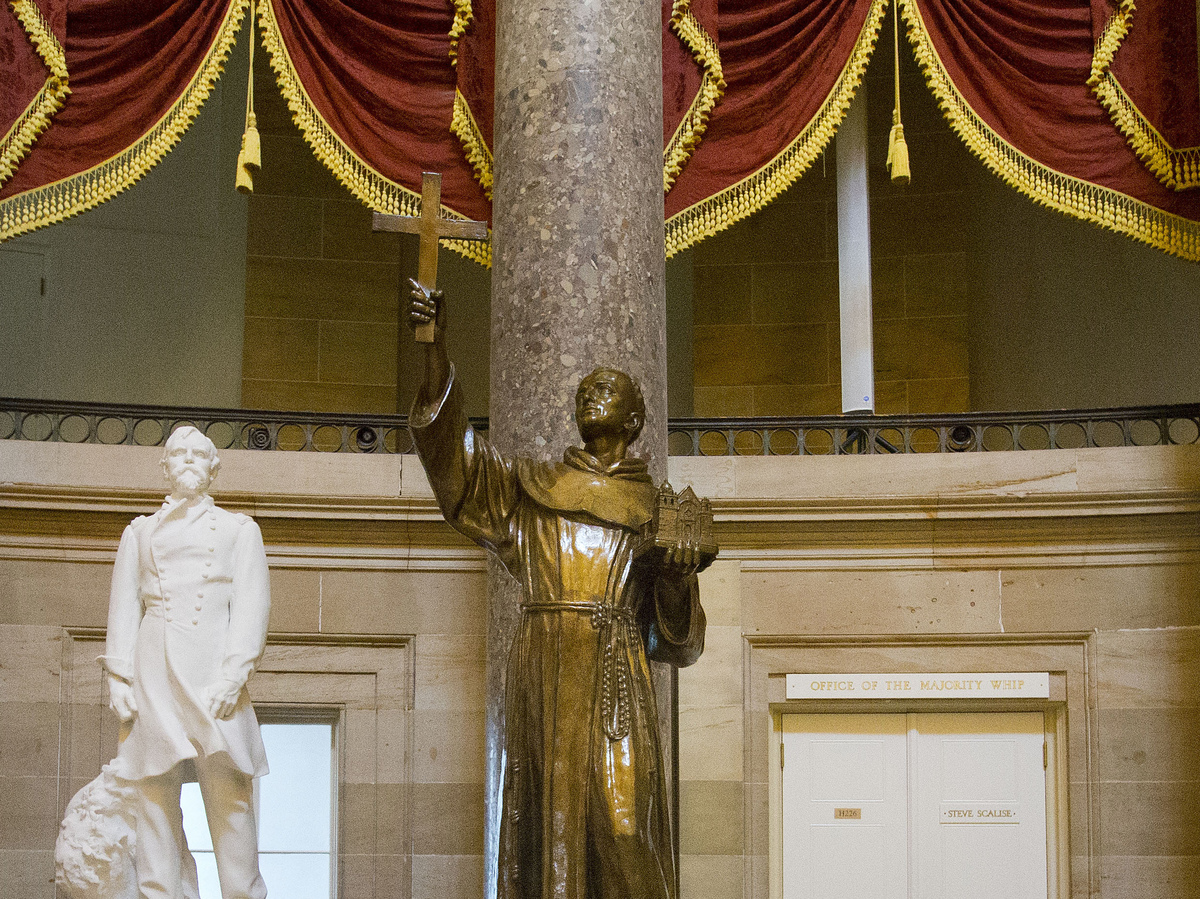 The new Congress is more Christian than the U.S. population in general, according to a new survey from Pew Research.

The membership of the incoming U.S. Congress is somewhat less religious and more diverse than that of the preceding Congress, though the changes are almost entirely on the Democratic side.

A poll of the religious composition of the new Congress by the Pew Research Center and CQ Roll Call finds that more than 99 percent of the Republican members identify as Christian, as opposed to 78 percent of the Democrats. In both parties, Christians are overrepresented, according to Pew, given that just 71 percent of all U.S. adults describe themselves as Christians.

The poll results, based on the members' own reporting of their faith identities, reflect broader demographic and cultural changes in the United States but also the abiding importance of religion in American politics.

One notable finding is that members of Congress are more likely to claim a religious affiliation than is the public at large. Numerous surveys have shown a sharp increase in the number of Americans who say they do not identify with any particular religious tradition, but that trend is less apparent among those elected to Congress. The Pew poll found just one member, Democratic Sen. Kyrsten Sinema of Arizona, reporting no affiliation at all, whereas 23 percent of all U.S. adults so identify.

[P]oliticians change more slowly than the public in many ways and don't want to court potential trouble with voters by admitting that they don't have any kind of religious affiliation.

John Green, senior fellow with the Pew Forum on Religion and Public Life

One possible explanation is that candidates for office are hesitant to say they don't have a faith tradition, for fear of voter disapproval. A 2016 Pew survey found that 51 percent of U.S. adults said they would be less likely to vote for a presidential candidate who does not believe in God. While that share has declined in recent years, it may still be high enough to make candidates wary of declaring their lack of belief.

"I think some of this is just that politicians change more slowly than the public in many ways and don't want to court potential trouble with voters by admitting that they don't have any kind of religious affiliation," says John Green, director of the Ray C. Bliss Institute of Applied Politics at the University of Akron and a senior fellow with the Pew Forum on Religion and Public Life.

Whether members of Congress are genuinely more faithful than the public at large or simply reluctant to express skepticism about religion is not clear from the Pew poll. Eighty members describe themselves generally as "Christian" but do not specify a particular denomination. Eighteen others refused to answer questions about their faith identity. Among them was Rep. Jared Huffman, D-Calif., who in 2017 declared himself to be a humanist and said he is not sure there is a God.

"I don't believe in religious tests," Huffman told The Washington Post, "and I don't believe my religion is all that important to the people I represent, and I think there's too much religion in politics."

It is also possible that politicians are, in fact, more likely to be tied to a faith tradition than the general public might be.

"Political leaders tend to be deeply embedded in the institutional life of their communities," says Green. "They are much more likely to belong to the Rotary Club or be members of a charity or a professional association, and in most places in the United States, religious institutions are part of the local community infrastructure."

Given those factors, Green says, "It would not be surprising that [politicians] are more involved in religious institutions than the voters they represent simply because of the way one becomes an elected official, which is by networking with other leaders in the community."

Some of the findings from the Pew survey are consistent with earlier polls. Protestants continue to dominate the Congress, accounting for 55 percent of the membership, with Baptists the largest single Protestant denomination. The share of Catholics among the members is largely unchanged, at about 30 percent, though relatively more of the Catholic members are Democrats than in previous years.

Like the rest of U.S. society, however, the new Congress is a bit more diverse, with Christians making up 88 percent of the membership, down from 91 percent. Among the non-Christian members are 34 Jews, three Muslims, three Hindus, two Buddhists, and two identifying as Unitarian Universalist.