Accessibility links
Russian Apartment Collapse Killed 39 People, Emergency Agency Says "Half an hour ago, we have recovered the last body. The search and rescue operation is over," Alexander Chupriyan of the Russian Emergencies Ministry said of the incident on New Year's Eve. 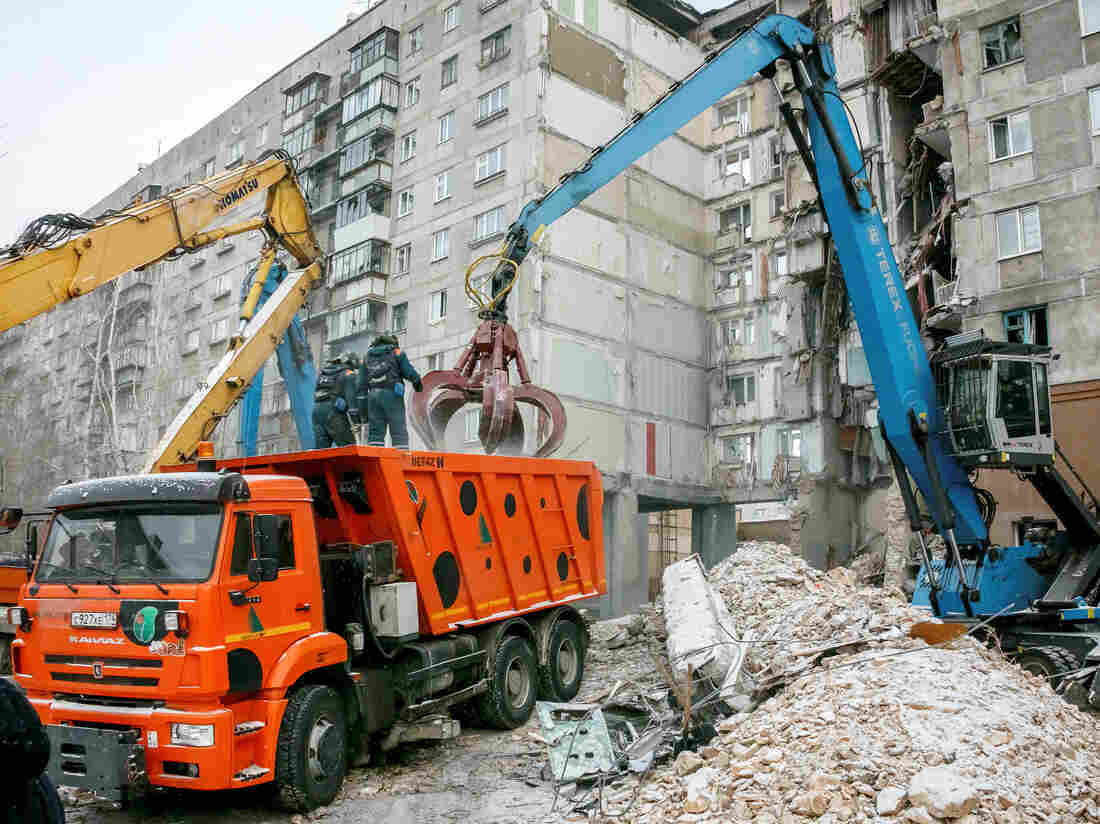 Russian Emergencies Ministry crews have been removing rubble at the site of a partially collapsed apartment block in Magnitogorsk, Russia, hoping to find any survivors in subzero temperatures. Andrey Serebryakov/Reuters hide caption 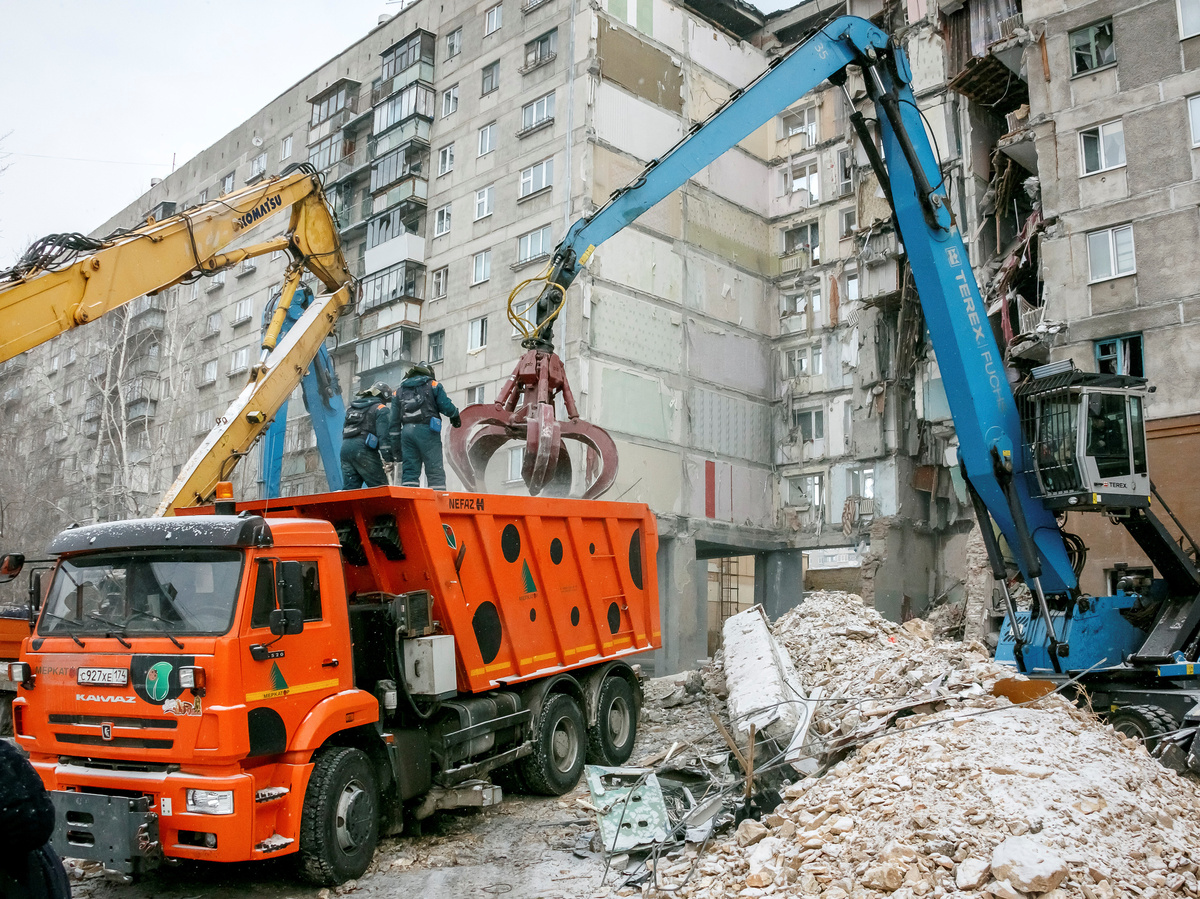 Russian Emergencies Ministry crews have been removing rubble at the site of a partially collapsed apartment block in Magnitogorsk, Russia, hoping to find any survivors in subzero temperatures.

At least 39 people died in the partial New Year's Eve collapse of a 10-story apartment building in central Russia, where emergency workers have spent days combing through rubble hoping to find survivors. On Thursday, officials declared that the rescue operation was completed.

"Half an hour ago, we have recovered the last body. The search and rescue operation is over," said Alexander Chupriyan, first deputy head of the Russian Emergencies Ministry, according to the state-run TASS news agency.

The disaster struck before dawn on Dec. 31, when officials say an apparent natural gas explosion tore through the building on Karl Marx Avenue in Magnitogorsk, a city of some 400,000 people east of the Ural Mountains.

The death toll has risen steadily, as search teams worked to find anyone who might have survived both the collapse and subzero temperatures.

Amid the tragedy, rescuers welcomed a ray of hope earlier this week, when they found a baby boy alive, nearly 36 hours after the collapse. He was airlifted to a Moscow hospital, and his mother and his 3-year-old brother also survived the ordeal. (The boy's father was at work when the building fell.)

The dead include 21 women, 12 men and six children, state-run RIA Novosti reported. The collapse injured six people, including two children. So far, only one of them, a woman, has left the hospital, according to TASS.

As the search went on, emergency crews also had to try to shore up the building to ensure their own safety. In the area near the collapse, the walls wavered as much as 3 centimeters, Chupriyan said.

Russian President Vladimir Putin visited the site in the hours after the disaster, as did Alexander Bastrykin, chairman of the Investigative Committee of Russia. The agency has opened an investigation into possible negligence. On Tuesday, a spokesperson said no traces of explosives were found in the building, TASS reported.

Speculation about the blast's cause arose after a minibus exploded in the same area of Magnitogorsk a day later. But the city's mayor says the incidents are not linked. As The Associated Press reports, "The vehicle explosion took place about 2.5 kilometers (1.5 miles) from the apartment block. Police said the minibus was carrying gas canisters but have given few other details."