Accessibility links
No Deal Out Of 'Contentious' Government Shutdown Meeting President Trump insisted the meeting with congressional leaders was "productive," although he threatened that the government could be closed for a long time. Negotiations will continue this weekend.

No Deal Out Of 'Contentious' Shutdown Meeting At The White House

No Deal Out Of 'Contentious' Shutdown Meeting At The White House 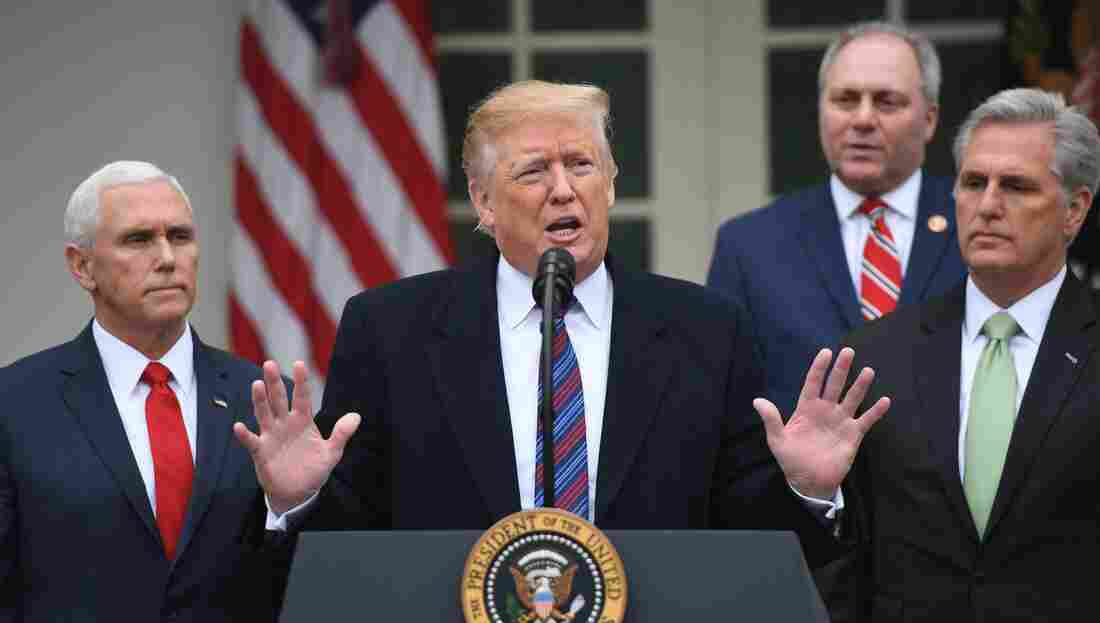 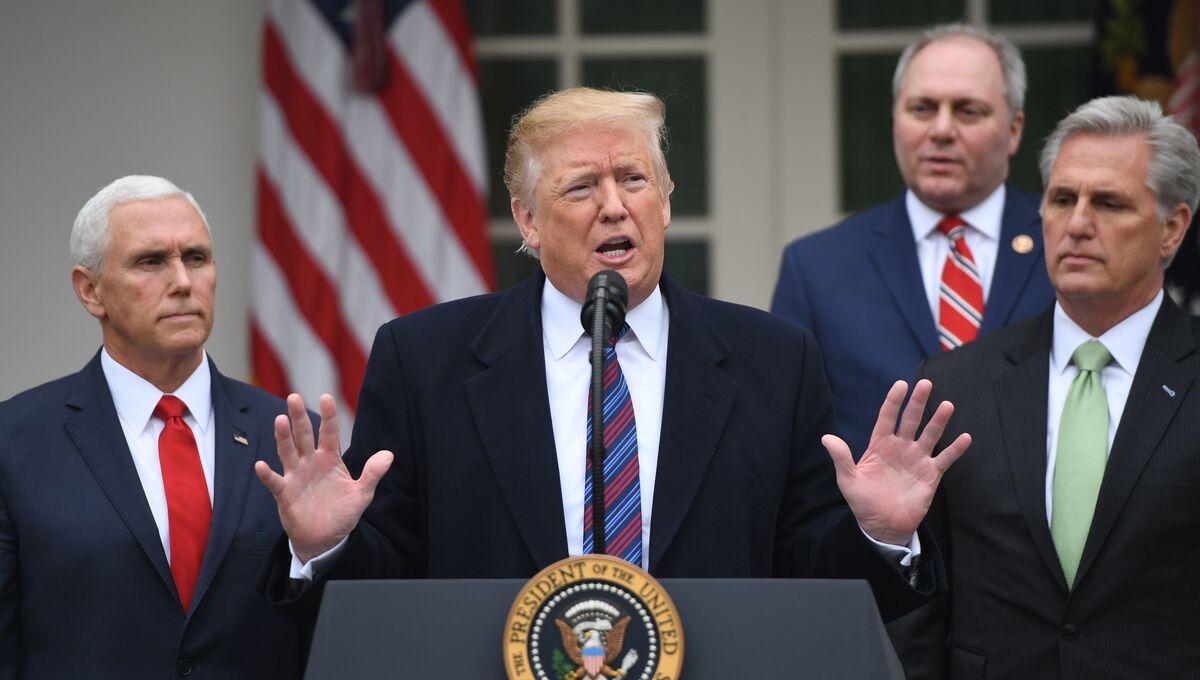 President Trump and congressional leaders met at the White House on Friday in what House Speaker Nancy Pelosi, D-Calif., called a "lengthy and sometimes contentious" session and in which the president threatened to keep the government shut down for months or years.

And at the end, the two sides seemed no closer to resolving their standoff over funding a border wall that has forced a partial government shutdown now hitting the two-week mark, with the possibility of lasting much longer.

Senate Minority Leader Chuck Schumer, D-N.Y., said Trump said he would "keep the government closed for a very long period of time — months or even years."

Addressing reporters later, Trump confirmed his threat. "Absolutely I said that," adding, "I don't think it will" last that long, "but I'm prepared."

He also maintained that the two sides had a "very, very productive meeting" and that "I think we've come a long, long way."

"This is national security," Trump said in a sometimes-rambling news conference in the Rose Garden on Friday. "We're not playing games — we have to do it."

Trump remains dug in on his refusal to sign any funding bill that does not include $5 billion for a wall on the U.S.-Mexico border. Democrats remain insistent they will not provide the votes to give him that funding.

The president threatened that he could use emergency powers to bypass Congress to build the wall. "We could call a national emergency and build it very quickly," Trump said, but added that "if we can do it through a negotiated process, that's better."

Trump ruled out reopening other parts of the government while the two sides negotiate over the wall, saying he didn't want to do it piecemeal.

He was asked about the impact of the shutdown on the 800,000 federal workers who are furloughed or working without pay during the shutdown. "This has a higher purpose than next week's pay," he said, adding that many of those affected "are the biggest fans" of his insistence on the wall.

Several Cabinet members and the vice president are scheduled to receive pay raises of up to $10,000 annually under previous legislation. Trump said he "may consider" asking his Cabinet to forgo those raises for now.

White House press secretary Sarah Huckabee Sanders later issued a statement calling the issue "another unnecessary byproduct of the shutdown" and saying the administration is "exploring options to prevent this from being implemented while some federal workers are furloughed."

Pelosi said Friday, "We really cannot resolve this until we open up government, and we made that very clear to the president." 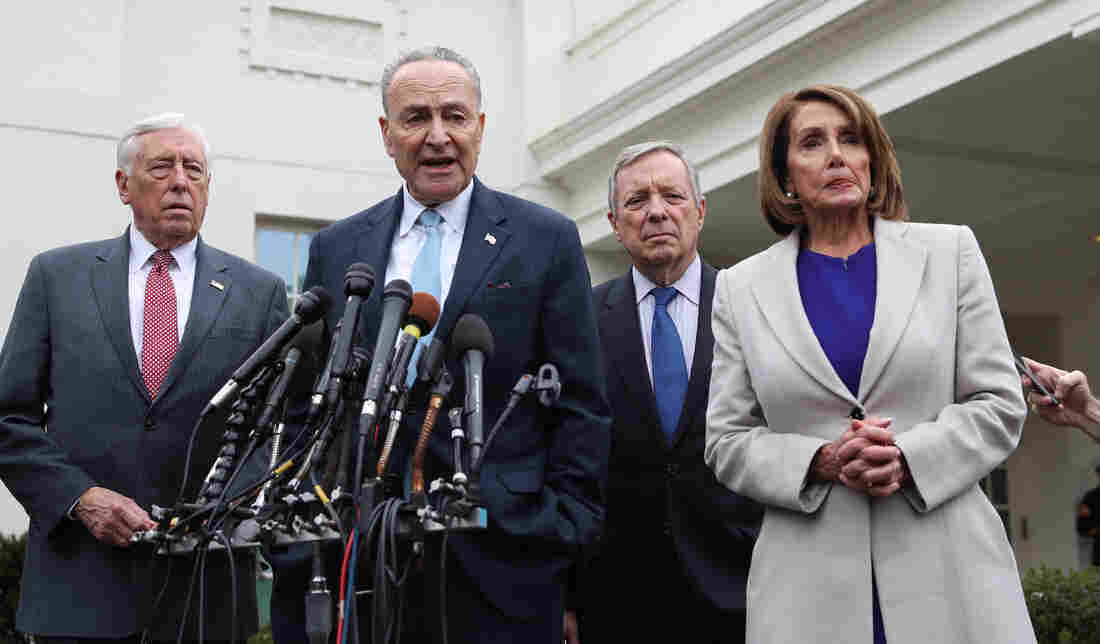 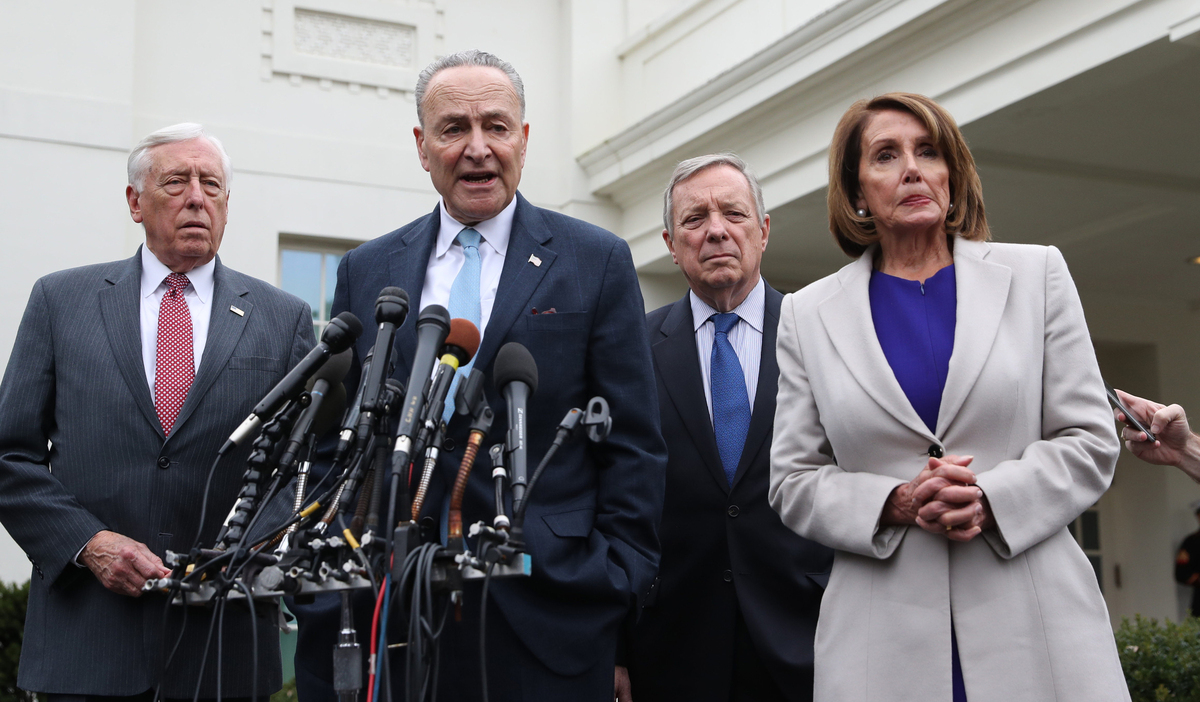 Democrats took control of the House of Representatives this week and elected Pelosi to a post she first held from 2007 to 2011. In one of the first acts of the new Congress, the House passed a short-term bill funding the Department of Homeland Security for about a month and a measure providing money for every other federal department or agency currently without funding through the rest of the fiscal year, which goes through September.

The Homeland Security bill does not include Trump's border wall demands. It passed on a 239-192 vote, with five House Republicans backing it. The broader bill passed 241-190, with seven GOP members voting for it.

Pelosi has framed the measures as a "Republican" solution to the impasse, because they mirror the spending bill the GOP-controlled Senate unanimously passed and sent to the House last month, before Trump reversed course and insisted that any funding bill include wall money. Trump has issued a veto threat for the two bills. Senate Majority Leader Mitch McConnell, R-Ky., has said the Senate will not consider them, because he only wants to call a vote on a funding measure Trump would sign.

Friday's White House meeting included Pelosi and the rest of the so-called "Big 8": the top two leaders from all four House and Senate caucuses. Congressional leaders met with Trump on Wednesday, but also left with little sign of progress.