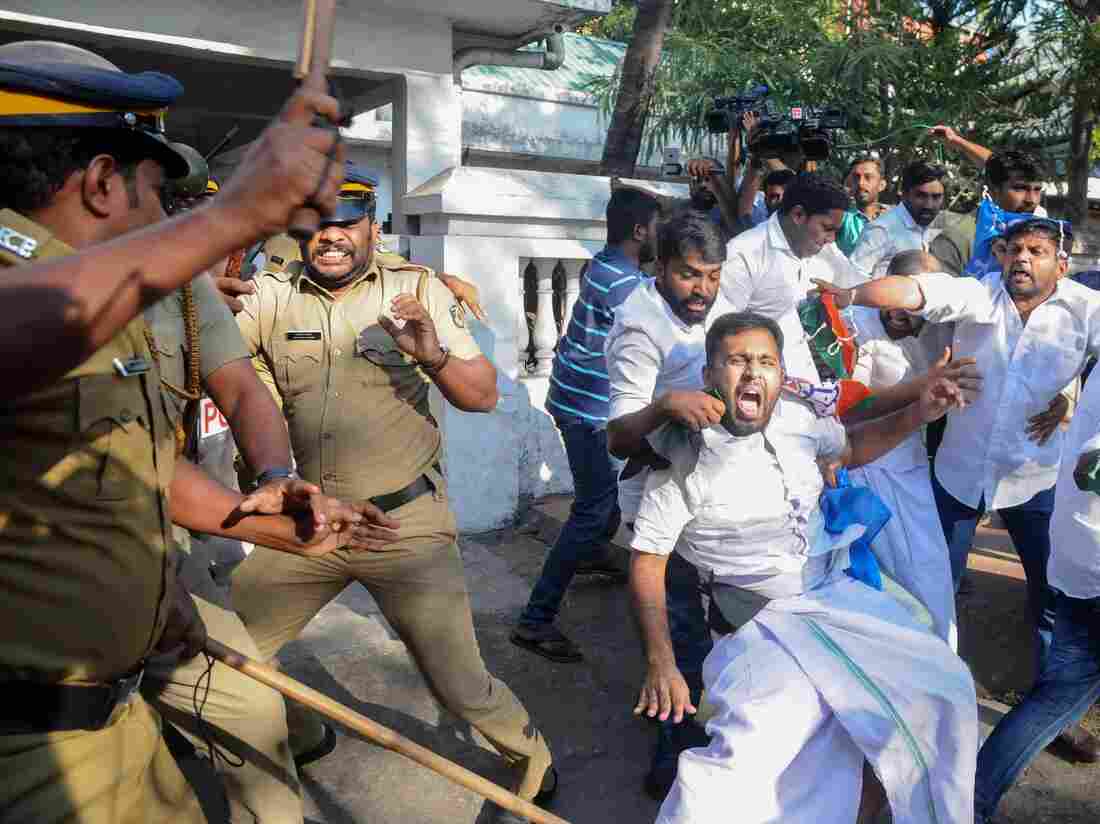 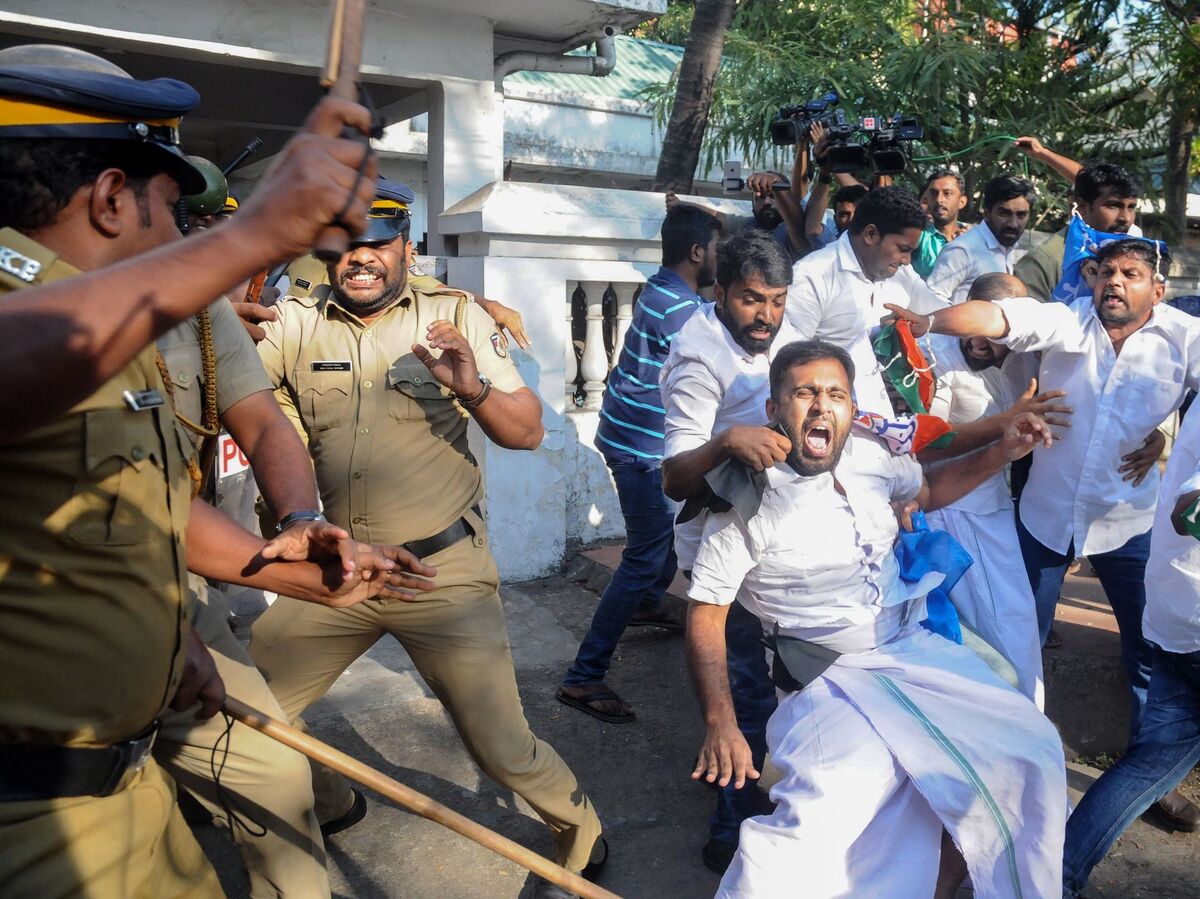 Indian police take protesters into custody during widespread demonstrations over two women entering the Sabarimala temple in the southern India state of Kerala earlier this week.

A third woman has crossed the threshold into the sacred Hindu Sabarimala temple in southern India, defying a centuries-old ban on women of menstruating age — between the ages of 10 and 50 — from entering the shrine, according to Reuters.

The act comes just days after two other women were able to get in, which threw the state of Kerala into violent protests for two days.

The woman, a 46-year-old Sri Lankan national identified by NDTV as Sasikala, entered the temple with her husband on Thursday, reports NPR's Mumbai correspondent Lauren Frayer. "According to ancient tradition, the Sabarimala temple doesn't admit women old enough to menstruate. The temple is dedicated to a celibate deity," she said.

The India Supreme Court in September ruled the ban violated gender discrimination laws and ordered the temple to admit women of all ages immediately. After the ruling, hundreds of thousands of protesters turned out to block women from entering the temple, NPR has reported. Some even blocked roads to the temple, checking cars for anyone female.

According to NDTV, Sasikala earlier told reporters she was near the 18 golden steps leading to the shrine when she was stopped by police. Reuters reports the woman was offered police protection to enter the temple, just like the two women who entered before her.

Kerala was effectively paralyzed with protests after two women, Bindu Ammini and Kanaka Durga, entered the temple on Wednesday. Officials from both the ruling Hindu nationalist Bharatiya Janata Party — the party of Indian Prime Minister Narendra Modi — and its rival India National Congress Party, called for protests afterward. Schools and public transport across the state were closed in response to violent protests that led to at least one death, the BBC reported.

Kerala Chief Minister Pinarayi Vijayan has stated that police will give protection to anyone who asks for security while entering the temple, according to the Indian Express. The state government, which is considered more progressive than the ruling BJP party, has provided police protection to the families of the two women who entered the temple earlier this week. They've even moved one family to "a secret location fearing attack by protesters," the publication reported.