Accessibility links
The 2018 NPR Music Jazz Critics Poll Over 130 critics voted on the best jazz albums of 2018 — celebrated elders dominated the top of the results, but a class of younger musicians is rising. 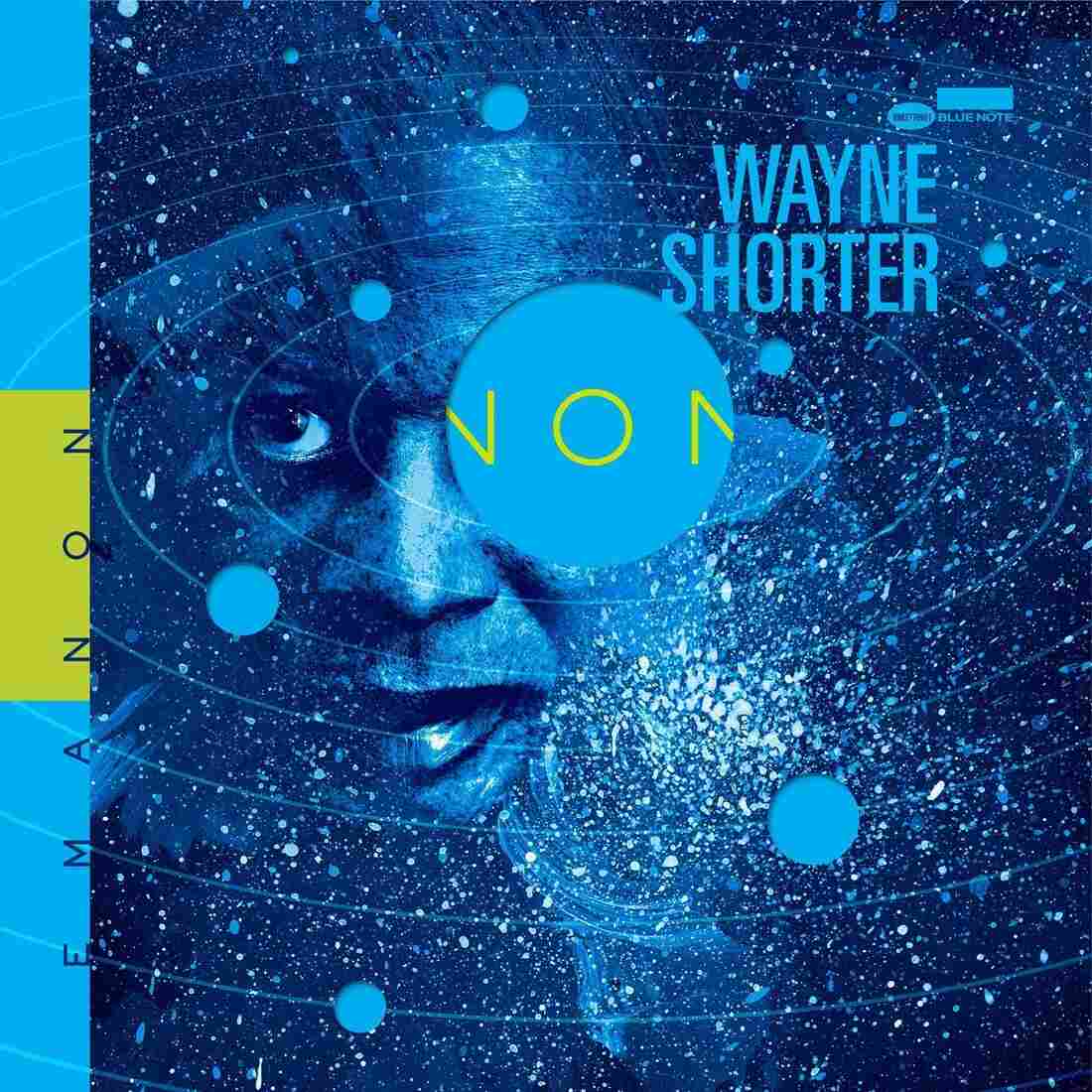 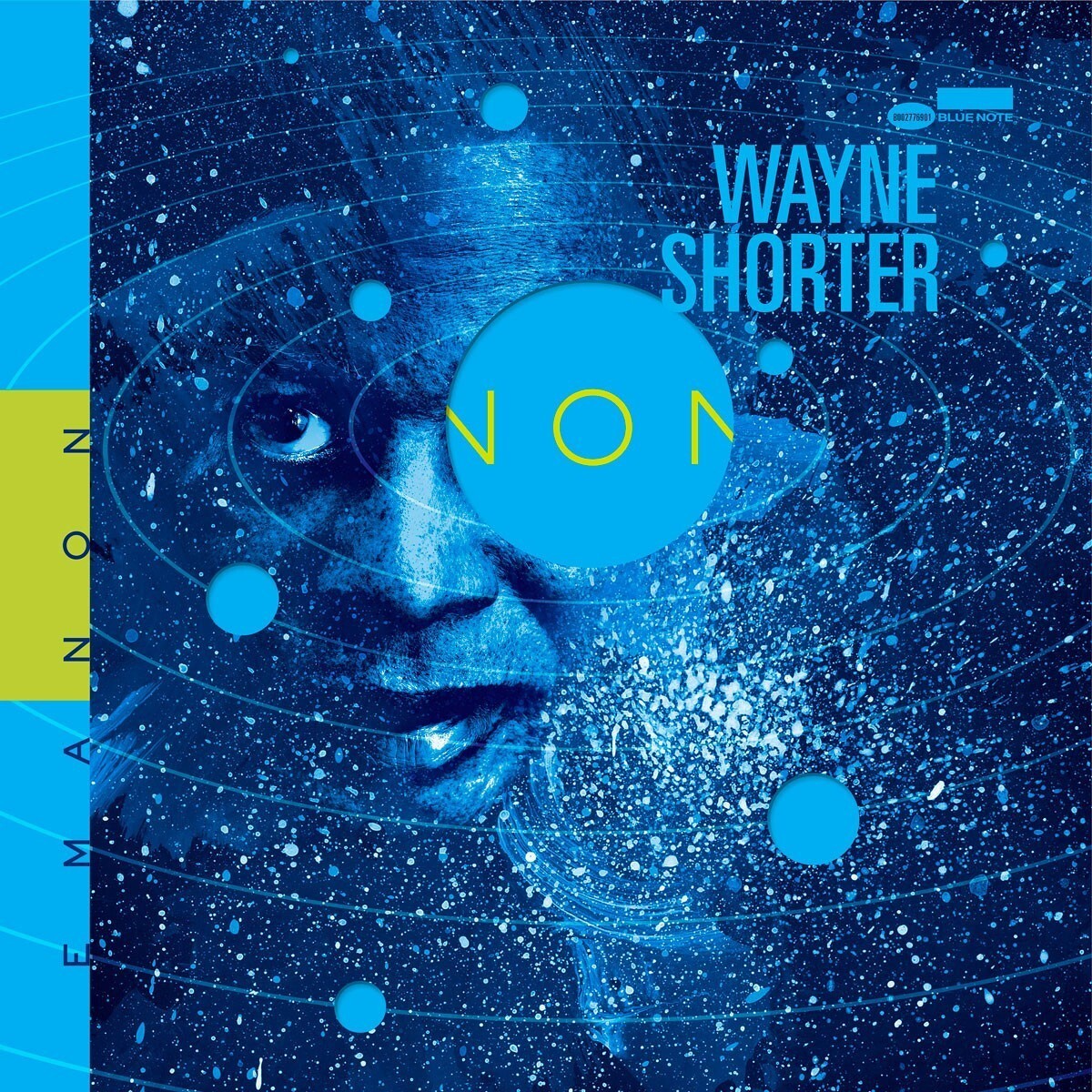 Below are the results of NPR Music's 6th Annual Jazz Critics Poll (my 13th annual, going back to its beginnings in the Village Voice). Wayne Shorter's Emanon was voted Album of the Year, and Cecile McLorin Salvant's The Window Best Vocal. Shorter and Salvant have won these categories previously (thrice in Salvant's case), and Both Directions at Once: The Lost Album marks the second victory in Rara Avis (a catch-all term for reissues, vault discoveries, and the like) for John Coltrane. David Virelles's Igbó Alákorin (The Singer's Grove): Vol. I & II won Best Latin Jazz and Justin Brown's Nyeusi was Best Debut.

On The Jazz Album Of 2018, Wayne Shorter Travels The Spaceways

We're trying something different this year. You'll still find a capsule review of each album in the Top 10, but instead of me doing all the heavy lifting, we've asked a critic who voted for that album to weigh in. The same with the top finisher in Vocal, Debut, Latin and Rara Avis. And as a bonus, we've added a few capsules about solitary No. 1s: albums appearing only on a single ballot, but as the critic's top pick.

Including my own choices and analysis, and the individual ballots of all 139 participants, there should be enough here to keep you reading — and listening — well into the new year. —Francis Davis

This multi-disc project, available only as a physical product complete with a 84-page graphic novel featuring a protagonist named Emanon ("no name" spelled backwards) and his adventures across the multiverse, showcases the octogenarian saxophonist/composer Wayne Shorter, with pianist Danilo Perez, bassist John Patitucci and drummer Brian Blade — and their 22nd century, improvisational ESP. From "The Three Marias" to the sonically sprawling "Pegasus," the music, augmented by the Orpheus Chamber Orchestra, shows why Shorter's artistic footprints will never fade. —Eugene Holley

The Pulitzer winner here grew a 15-piece ensemble from his Zooid group. Like its inspiration — Walter De Maria's New York Earth Room installation (280,000 pounds of loamy earth in a SoHo loft) — this music is: densely packed elemental material; a respite from commercial and manufactured surroundings and a bed of organic possibilities. —Larry Blumenfeld

"The dream and the hope of the slave" — deferred. Combining hip-hop and chamber strings, the resolute calls of Akinmusire's melodic trumpet soar high and strong and stark, capturing the unspeakable pain of black bodies killed by white hands, and the promise of children's dreams fulfilled as their living testament. —Shannon Effinger

I've described what Coleman and his band do as an ongoing quasi-scientific inquiry into what he characterizes as biological processes, but are in reality groove dynamics and harmonic montage. The studio work has yielded encouraging and often earth-shaking results. But in a live setting, especially within the concave confines of jazz music's Holy Dive, everything the band does seems ramped up in intensity as if having live witnesses to its experiments goads Coleman, Jonathan Finlayson, Miles Okazaki, Anthony Tidd and Sean Rickman to raise their respective games. The overlapping dialogue between Coleman's scorching alto sax and Finlayson's slashing trumpet seems more colorfully serpentine on stage while the worlds-within-worlds polyrhythmic drive provided by bassist Tidd and drummer Rickman yanks you into the music's molten core and Okasaki's guitar sets off well-timed compression bombs. If your head can move to this group's percolating dramatic tension — and it should — your body will eventually follow. —Gene Seymour

This guitarist starts new bands with impressive frequency. Her latest includes familiar collaborators — drummer Tomas Fujiwara and bassist Michael Formanek — while adding trumpeter Ambrose Akinmusire and vocalist Amirtha Kidambi. Those recruits help turn this collection of original tunes into a new highlight in the bandleader's catalog. The group can dart between categories — like indie-rock, free-improv or ecstatic minimalism — in a manner similar to the way Halvorson switches up textures during a solo. —Seth Colter Walls

Pianist/composer Myra Melford's second release with her sinewy quintet Snowy Egret is a challenging yet elegant experience. With its trumpet and guitar frontline, the group easily summons its analogies to the small white heron, their natural stride suggesting a certain bird-like musical air; industriously pecking, foraging and soaring through Melford's knotty melodies and rattling sense of purpose. —Dan Buskirk

In a high-stakes gamble, vocalist Cécile McLorin Salvant steps away from the small group format that earned her two Grammys for Best Vocal Jazz Album. On The Window, she sings with bare-bones piano accompaniment only, revealing an ever-deepening connection to the modernized Songbook. Against pianist Sullivan Fortner's inventive reharmonizations, Salvant bedazzles. —Suzanne Lorge

With two companion recordings, Ours, a program of nine originals, and Theirs, an album of ten covers, Thumbscrew, the trio of bassist Michael Formanek, drummer Tomas Fujiwara and guitarist Mary Halvorson, obliterate the false dichotomy of innovation versus tradition in jazz (you have to have both), and create a personal canon of music that seethes with rhythmic ingenuity, bristles with surprise and connects the dots in unique ways. —Martin Johnson

Chick Corea and Steve Gadd, Chinese Butterfly (Concord Jazz)
On a Venn diagram of the disparate but equally prolific careers of pianist Chick Corea and drummer Steve Gadd, Chinese Butterfly lands dead center. As ever, Corea provides the harmonic alacrity, Gadd the penetrating propulsion. What's changed since their last recording, in 1981, is the now-epic scale of their musical narrative. —Suzanne Lorge

Alicia Hall Moran, Here Today (Yes)
Critics take some flack for overvaluing originality — but Here Today is just so different. Operatic mezzo-soprano Alicia Hall Moran finds a balance between classical elocution, jazz flexibility, and soul power, adding elements of Motown, Bizet and African-American traditional musics to create something startlingly individual. Gobsmacked when I heard it last January, I searched the whole year, in vain, for something else to hit so hard. —Michael West

Francesco Cafiso, We Play For Tips (EFlat)
Cafiso, the most gifted jazz prodigy of his generation, mastered bebop at 14. At 29 he is still an alto saxophone virtuoso, but now operates in uncharted domains of freedom and aggression. We Play for Tips displays Cafiso's extravagant creativity in the disciplined context of a nonet, for which he wrote 10 edgy tunes and 10 intricate ass-kicking charts. —Thomas Conrad

Irreversible Entanglements, Irreversible Entanglements ( International Anthem/Don Giovanni)
The spoken word, free jazz ensemble Irreversible Entanglements' penetratingly forthright American cultural commentary — verbalized by the poetic force of nature Moor Mother accompanied by instrumental hurricanes and composers Keir Neuringer on alto saxophone, Aquiles Navarro on trumpet, Luke Stewart on double bass and Tcheser Holmes on drums — is my top choice for the best album of 2018 because it is louder and smarter than the distortion of the reality we're being fed by our current administration. —Jordannah Elizabeth

1. John Coltrane, Both Directions at Once: The Lost Album (Impulse!)
Points: 178
Votes: 74
Both Directions at Once, John Coltrane's posthumous cache of studio recordings from 1963, surprised us once already. Its victory in the historical category will surprise precisely no one — certainly not the 74 critics, just over half the voting body, who included it on their ballot. (Forty-seven of those voters, myself included, made it their No. 1.) That air of inevitability arises not only from the fact that this is unheard studio material from one of our most exalted heroes, leading the band that perfectly defined his sound. It's also a time capsule from a fantastically volatile period in Coltrane's artistic development, and a pivotal moment in his career. That it raises as many questions as it answers is only part of the abiding intrigue. —Nate Chinen

1. David Virelles, Igbó Alákorin (The Singer's Grove), Vol. I & II (Pi)
Votes: 21
A vibrant compendium in which Virelles disinters the rich musical traditions of his hometown Santiago de Cuba. Unexpectedly, his boldest album. The 35-year-old pianist has spent the last decade channeling Afro-Cuban folklore through a jazz prism, producing records that operate as open-ended mysteries. Here, refreshingly, he eschews abstraction in favor of fealty to the past. Though the traditions Virelles explores are fading from Cuban culture, this effort, fiercely rhythmic and thrumming with energy, is deeply alive. —Matthew Kassel