Accessibility links
House Democrats Introduce Anti-Corruption Bill HR1 As First Act Democrats say the bill is for people who "feel left out and locked out from their own democracy." It addresses voting, political money, redistricting and ethics. 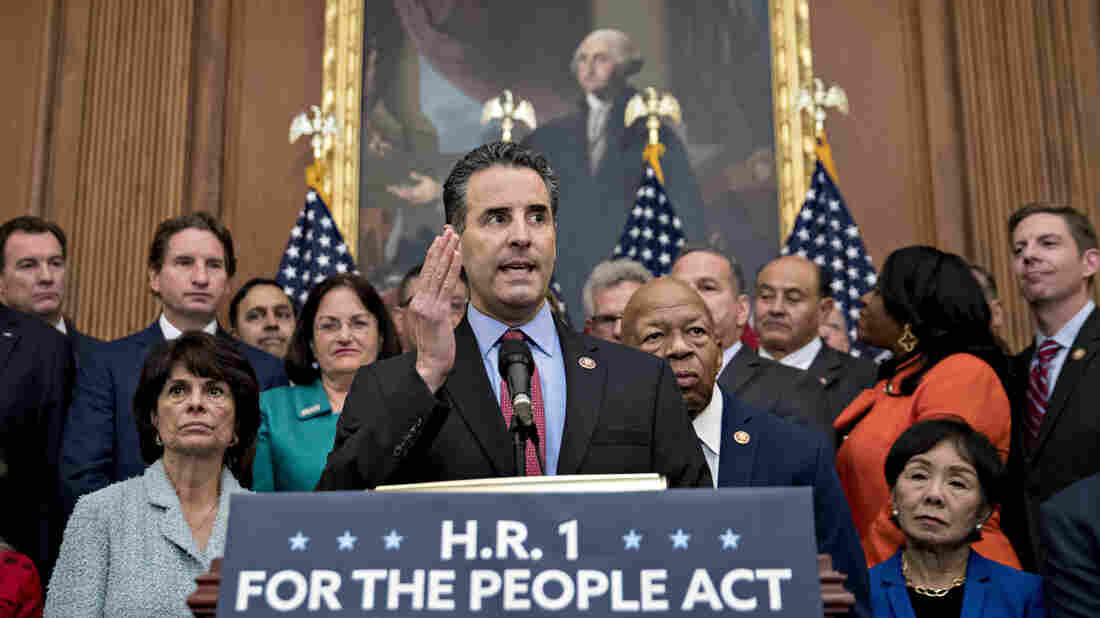 Rep. John Sarbanes, D-Md., speaks during a news conference to unveil House Democrats' anti-corruption bill, the For the People Act, at the U.S. Capitol on Friday. Andrew Harrer/Bloomberg via Getty Images hide caption 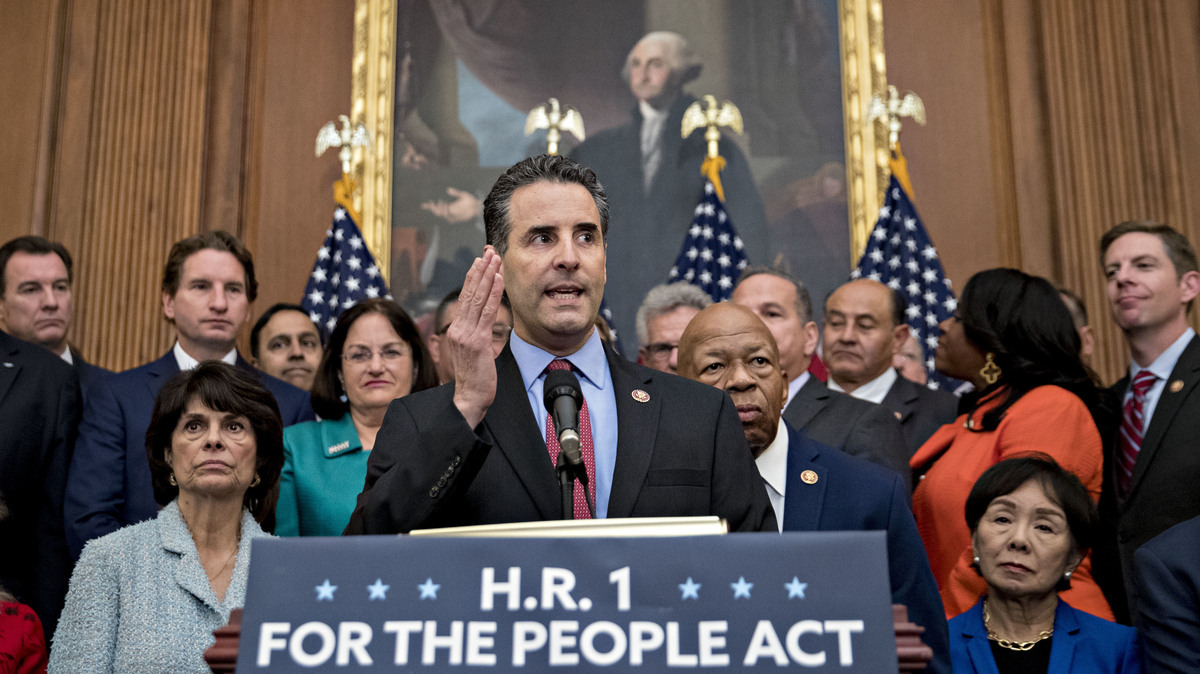 Rep. John Sarbanes, D-Md., speaks during a news conference to unveil House Democrats' anti-corruption bill, the For the People Act, at the U.S. Capitol on Friday.

It isn't your usual bill, the For The People Act introduced Friday by House Democrats. Also known as HR 1, symbolically their first legislation, it is a 571-page compendium of existing problems and proposed solutions in four political hot zones: voting, political money, redistricting and ethics.

A pledge to pass the bill was a common theme among Democratic House candidates last year.

"We heard loud and clear from the American people," Rep. John Sarbanes, D-Md., told reporters Friday. "They feel left out and locked out from their own democracy."

If the bill ever becomes law, it's unlikely to happen this year. Republicans control the Senate, President Trump is in the White House, and the GOP vehemently opposes the basic approach of HR 1.

"This is obviously a pretty radical expansion of the regulation of political speech," said David Keating, president of the conservative Institute for Free Speech. "If this bill had become law now," he said, anti-Trump groups "would find it very difficult to speak as effectively as they have over the past two years."

Some of the bill's provisions push the envelope, including reaching into state law. To settle the controversy over redistricting, the bill would simply take away the power of state legislatures to draw congressional districts and have independent commissions do it instead. That way, presumably, the local politicians could no longer gerrymander the districts to help their party and cripple the opposition.

But some other proposals are not surprising. The bill includes an update of the Disclose Act, a pro-transparency measure that Democrats have introduced regularly since 2010 — not that Republicans are any more likely to embrace it than they were back then.

Here's a rundown of the bill's major provisions: