Accessibility links
Dom Flemons Presents A New Image Of The American Cowboy The singer-songwriter's latest album, Black Cowboys, chronicles the role played by African-Americans in settling the West after the Civil War. The album has been nominated for a Grammy. 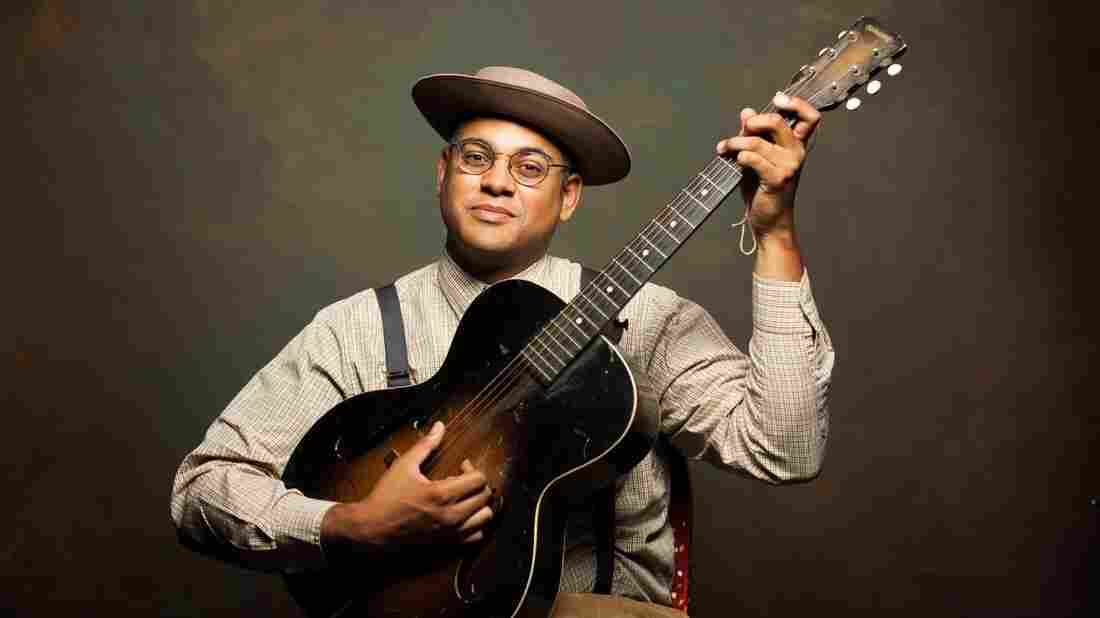 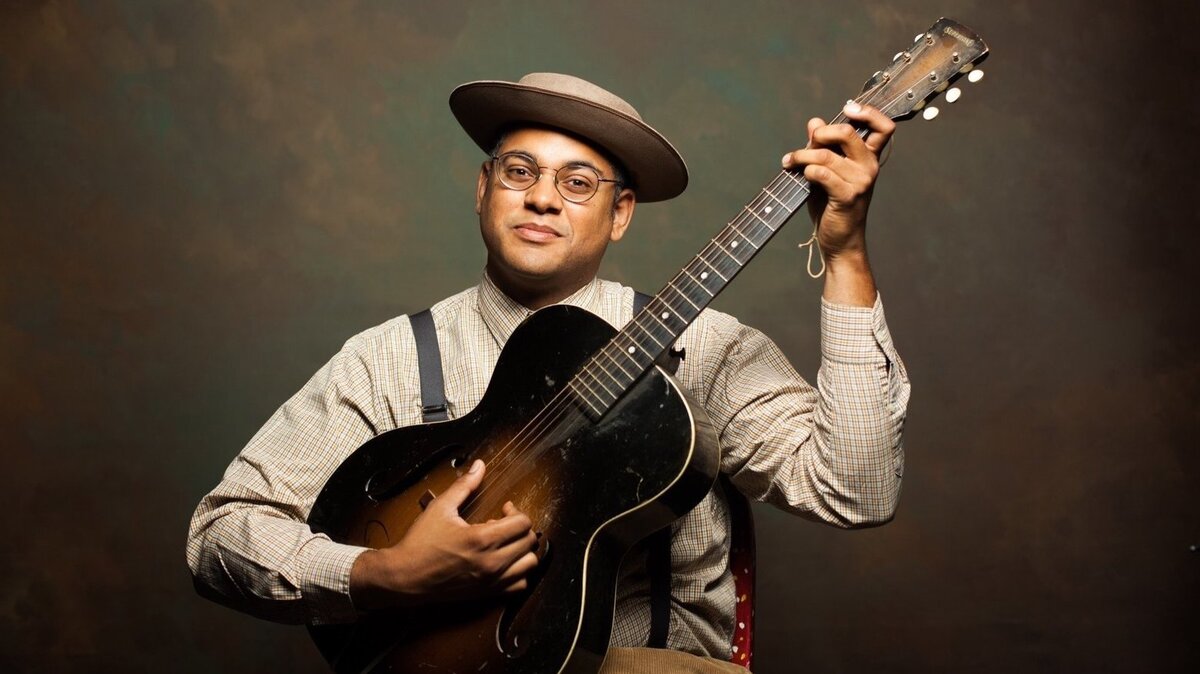 Timothy Duffy/Courtesy of the artist

Dom Flemons' latest album, Black Cowboys, is a collection of seldom-heard stories about the roles African-Americans played in settling the West after America's Civil War. The album's inspiration came during a road trip back home where the fifth generation Arizonan became enamored with an obscure collection of stories.

"I came across a book called The Negro Cowboys that talked about how one in four cowboys who helped settle the West were African-American cowboys," Flemons, a co-founder of the Carolina Chocolate Drops, says. "And being an African-American person that's half-African-American, half-Mexican-American from the Southwest, I just found that to be a fascinating story."

Now, the album has earned Flemons a 2019 Grammy nomination in the category of best folk album.

Many songs on Black Cowboys will be new to most listeners, but a handful, like Flemons' rendition of "Home on the Range," are instantly recognizable. Flemons presents a new image of the American cowboy — one that isn't exclusively white.

"You have people coming from slavery and emancipation and then, through their hard work and perseverance, in spite of the obstacles they had, they were able to create a new social order that still influences us to this day," Flemons explains.

The former slaves-turned-settlers Flemons sings about were able to transcend segregation in the Western states. For example, Bass Reeves, the first African-American deputy U.S. Marshal in the West was likely the towering inspiration for the Lone Ranger.

Working on the album over the course of two years became deeply personal for Flemons. His grandfather was a sawmill worker, preacher and World War II army veteran from East Texas and the musician says he sees his own family's history in these cowboy stories. He also sees the societal legacy in these stories. "Steel Pony Blues" chronicles Nat Love, who was born into slavery worked on an Arizona ranch and then became a railroad porter. That legacy, Flemons says, would eventually influence the early leaders of the Civil Rights Movement.

"When you think about people like A. Philip Randolph, who started the first all-black working union for Pullman porters," Flemons says, "He was one of the people that helped change the course of African-American history by mentoring people like Martin Luther King Jr."