Accessibility links
No Deal To End Government Shutdown As Negotiations Continue In Washington Congressional leadership staff and White House officials are meeting this weekend to come to an agreement, but remain at an impasse over funding for a border wall.

No Deal To End Government Shutdown As Negotiations Continue In Washington

No Deal To End Government Shutdown As Negotiations Continue In Washington 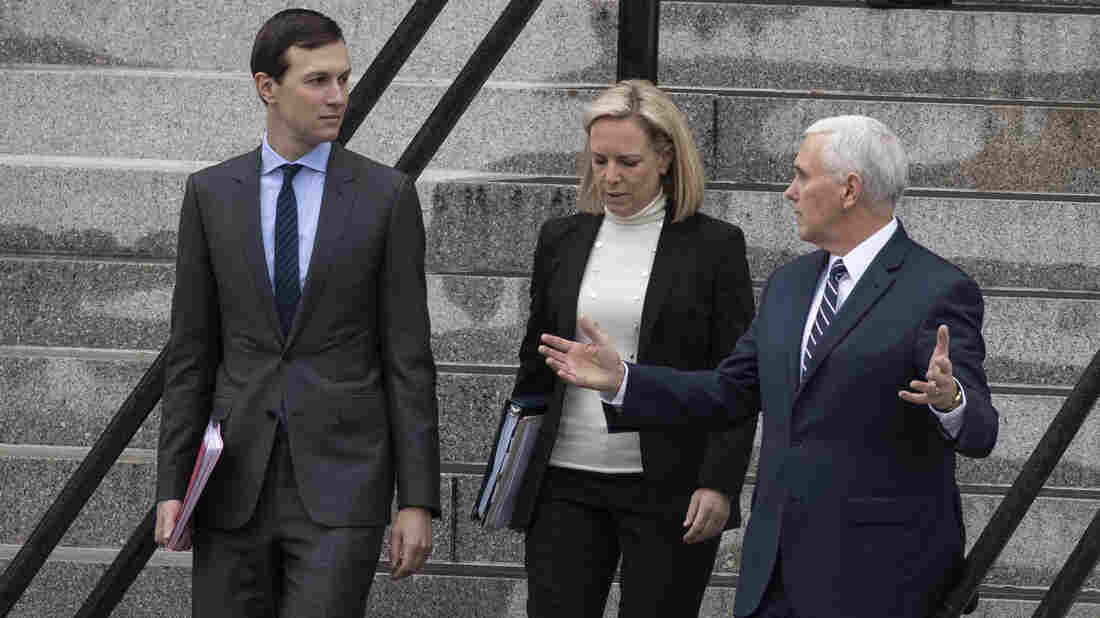 Meetings continued on Saturday between Congressional leadership staff and White House officials to come to an agreement for funding the government. Negotiations remain at an impasse. Alex Brandon/AP hide caption 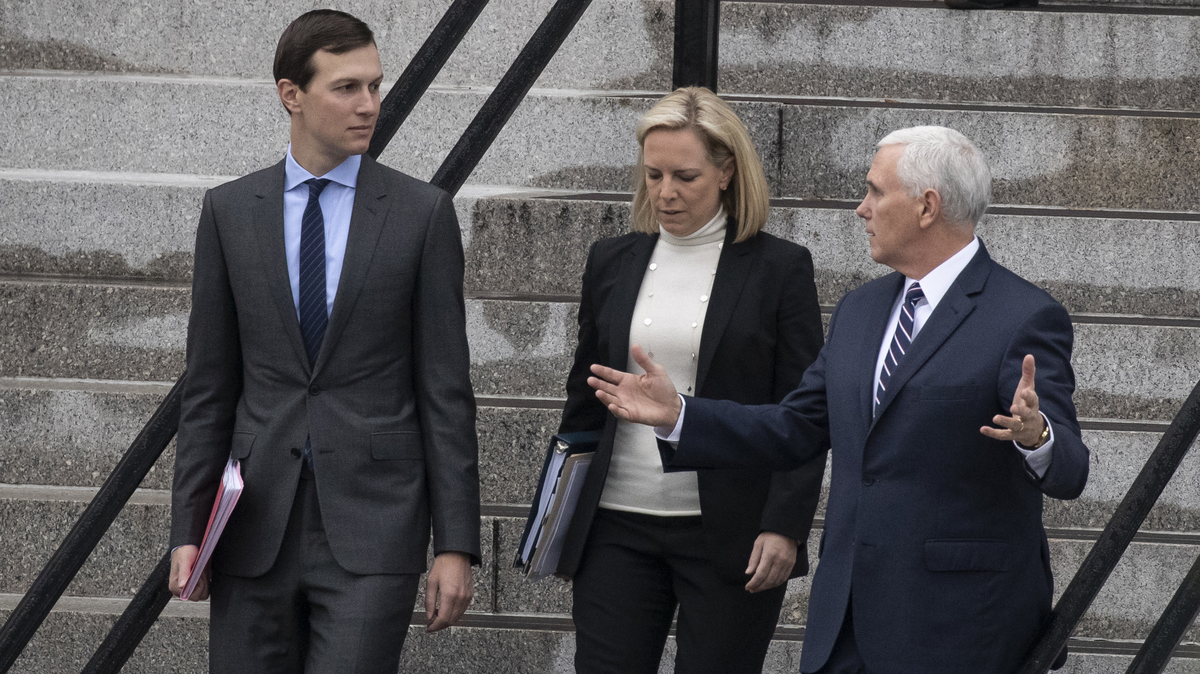 Meetings continued on Saturday between Congressional leadership staff and White House officials to come to an agreement for funding the government. Negotiations remain at an impasse.

There were no breakthroughs in meetings Saturday between Congressional leadership staff and White House officials as both sides worked to reach an agreement to end the government shutdown, which is entering its third week.

A sticking point remains President Trump's demand for $5.7 billion to build a border wall. Democrats say they will not agree to any additional money for a wall, and that the government should re-open while negotiations continue.

Speaker of the House Nancy Pelosi released a statement that next week Democrats will "begin passing individual appropriations bills to re-open all government agencies, starting with the appropriations bill that covers the Department of the Treasury and the Internal Revenue Service. This action is necessary so that the American people can receive their tax refunds on schedule."

Vice President Mike Pence, Department of Homeland Security Secretary Kirstjen Nielsen, and senior presidential adviser Jared Kushner were among the officials at Saturday's meeting. Pence maintained that funding for the border wall is needed, and that the White House will not budge in its request for funding for the wall.

As negotiations continue, more than 800,000 federal employees are working without pay or have been furloughed. On Saturday the Transportation Security Administration told NPR there has been a small increase in the number of employees calling in sick, but that there has been no impact on wait times at airports.

TSA spokesperson Michael Bilello said, "The actual statistics at [Dallas/Fort Worth International Airport], if on a normal day, 3.5 percent of that workforce called out for any number of reasons, they are sick, they have a personal issue, or perhaps they are stressed about the uncertainty in the lapse of funding, whatever it is, if on a normal day it's 3.5 percent, yesterday it was 5.5 percent."

Thomas Schoregge, union representative for the American Federation of Government Employees Local 2222 with jurisdiction over New Jersey and New York, told NPR the number of federal employees calling in sick to work could increase if the shutdown continues, "If the majority of people live paycheck-to-paycheck what's going to happen once their money runs out?"

He said TSA employees should keep showing up for work while negotiations proceed in Washington. "We've been through this before. This is not our first shutdown," Schoregge said. "We know what's going to happen. We know what it entails. Come to work and do your job."

For some federal workers, such as a TSA employee who asked to remain anonymous for fear of losing his job, coming to work may be increasingly difficult as the shutdown continues.

The employee told NPR, "The rumor was brewing that maybe the next paycheck we'll see is the 25th. I know for myself, it's going to be challenging to hold onto the 25th, for a paycheck. I've already had to take some drastic steps in my life. I've had to dip into what little savings I have to try and pay off my credit cards, and close those out because I don't know when's the next time I am going to be able to pay them. I've taken out money to cover insurance policies for the rest of the year. Whatever money I had for the future, I have to use it for this situation now, because I don't know what's going to happen."

Congressional staff and White House officials will meet again on Sunday afternoon to try and hammer out a deal. On Saturday President Trump tweeted about the ongoing negotiations. Trump wrote that Vice President Mike Pence briefed him on their meeting with congressional leadership staff, "Not much headway made today. Second meeting set for tomorrow. After so many decades, must finally and permanently fix the problems on the Southern Border!"

V.P. Mike Pence and team just left the White House. Briefed me on their meeting with the Schumer/Pelosi representatives. Not much headway made today. Second meeting set for tomorrow. After so many decades, must finally and permanently fix the problems on the Southern Border!