Accessibility links
U.S.-China Trade Talks Restart Ahead of March Deadline The U.S. has imposed a quarter trillion dollars in tariffs on Chinese goods since the trade war started last year. 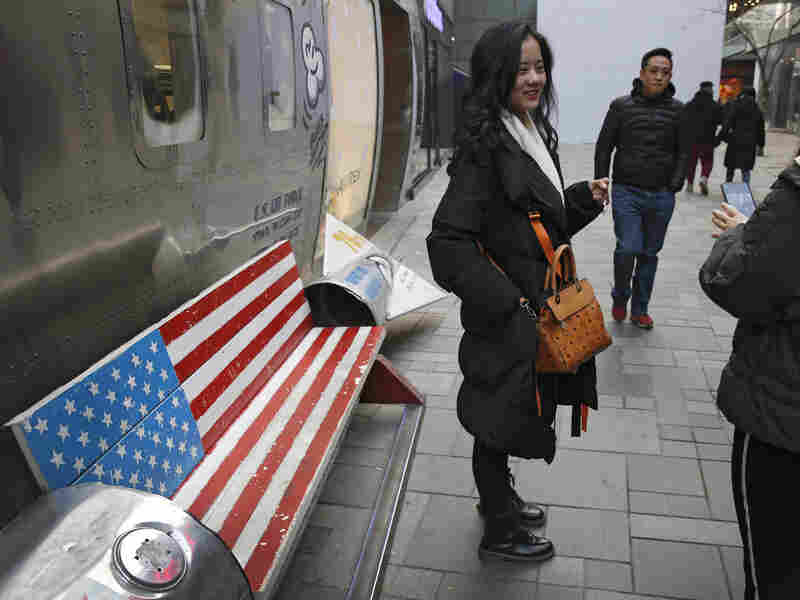 Chinese shoppers spend their time next to a bench painted with the U.S. flag at the capital city's popular shopping mall in Beijing. During trade talks this week, the two sides face potentially lengthy wrangling over technology and the future of their economic relationship. Andy Wong/AP hide caption 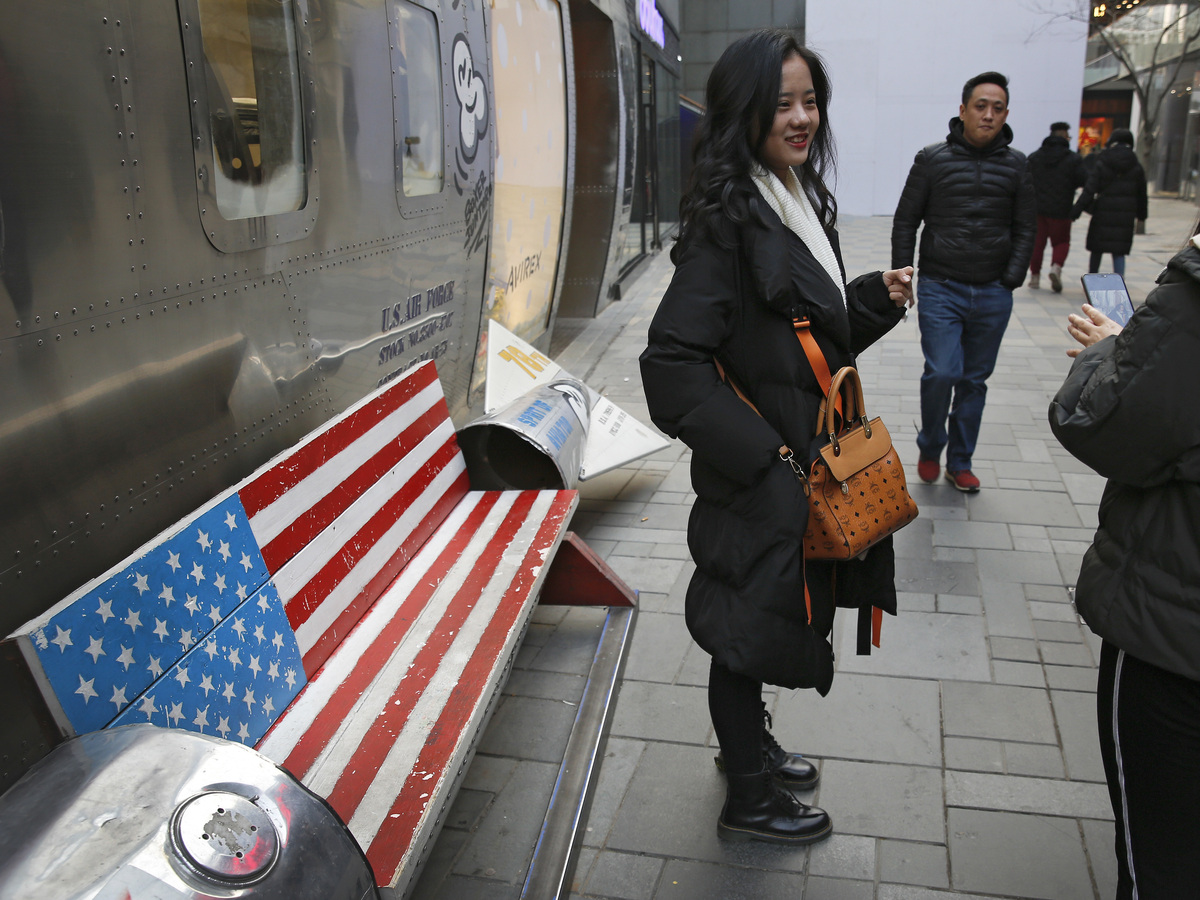 Chinese shoppers spend their time next to a bench painted with the U.S. flag at the capital city's popular shopping mall in Beijing. During trade talks this week, the two sides face potentially lengthy wrangling over technology and the future of their economic relationship.

U.S. and Chinese officials have begun talks aimed at ending the trade war that has imposed hundreds of billions of dollars in tariffs over the past year. The U.S. is seeking concessions in Chinese business practices; in exchange it will eliminate tariffs recently imposed on Chinese goods.

"Top administration officials are confident they have enough leverage to win significant changes," NPR's Shanghai correspondent Rob Schmitz reports, "including an end to China's practice of forcing US companies to hand over key technology in return for gaining access to China's market, and an agreement to buy more products from the U.S."

If the talks this week between the mid-level U.S. trade officials and their Chinese counterparts go well, senior Chinese officials are likely to head to D.C. in the coming weeks to continue negotiations, Schmitz reports.

Beijing is prepared to buy more American products, Schmitz told NPR's Steve Inskeep. "But what's going to be difficult for the Chinese side is to level the playing field for U.S. companies inside of China. And to do that properly would require significant changes in how China manages its economy — changes that would put the Chinese government and its state-owned enterprises in a vulnerable position."

What's At Stake As The U.S. Tries To Settle Its Trade Dispute With China

"The disputes between the world's largest economies already led to tariff hikes on a wide range of industrial, manufacturing and agricultural products," NPR business correspondent Yuki Noguchi reports. "Those have had far-reaching impact on companies and markets." The tariffs have hit industries running the gamut from hogs to soybeans to wine to steel, and everything in between.

"Adding to that, there are concerns over state-sponsored cybersecurity attacks and a slowdown in Chinese economic growth, which itself has roiled markets," Noguchi said.

See, for instance, Apple's announcement last week that its iPhone sales in China were far below expectations. "We believe the economic environment in China has been further impacted by rising trade tensions with the United States," CEO Tim Cook wrote in a letter to investors. Apple's stock fell nearly 10 percent after the announcement.

Lu Kang, a spokesman at the Chinese foreign ministry, told reporters that "China-U.S. trade friction is not a positive situation for either country or the world economy," according to Reuters.