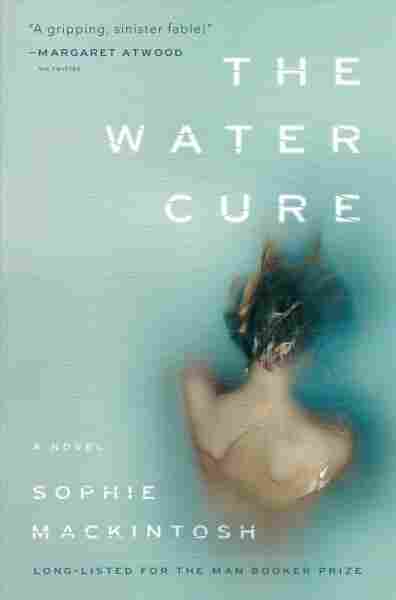 My taste doesn't naturally gravitate toward feminist dystopian fiction, but such stories are ubiquitous these days. Their influence seeps far beyond the classic novel and Hulu series of Margaret Atwood's The Handmaid's Tale, as well as the literary fiction it's inspired like Naomi Alderman's The Power and Leni Zumas' Red Clocks.

Even during the holidays, escape from the reach of dystopian tales in which women battle apocalyptic threats proved futile. So it was that on Christmas Eve, my family and I left our home in Washington, D.C., and drove to my best friend's house in rural Pennsylvania.

There, her family was gathered, not around the Yule log, but around the TV, where they were watching Bird Box, the new thriller where a pregnant and blindfolded Sandra Bullock singlehandedly leads two young children to a safe zone, even as they're pursued by an unseen force that's wiping out the population. As Christmas Eve viewing, it wasn't exactly It's a Wonderful Life.

The next morning, one of the gifts my daughter received was the board game, Pandemic, in which players fight four simultaneous deadly infections around the world. While it's not a feminist game per se, the cover of the game box features an outsized image of a female doctor in a glowing white lab coat, primed to save the planet. And, already, the drumbeat of anticipation has begun for the publishing event of 2019: the sequel to Atwood's Handmaid's Tale, called The Testaments, which will come out this September.

Dystopian Novel Challenges Misogyny As 'The Natural Way Of Things'

Surrendering to the zeitgeist, I picked Sophie Mackintosh's acclaimed debut novel, The Water Cure, as my first read of 2019. It's a feminist dystopian fairy tale — evocative, suspenseful, and bleak — in short, everything this age seems to be demanding.

Three grown sisters and their parents live on what appears to be a remote and very hot island. Their home, a decrepit hotel, faces the sea. Behind it lies a forest that the father, named "King," has ringed with barbed wire. The world beyond is toxic and the men who run that world are swelled up with a "proprietary violence."

Long ago, so-called "damaged women" from the mainland would turn up on the island. There, the mother would subject them to strange purifying rituals like "the water cure" and "the drowning game." But things got out of control and some of the "damaged women" died. For years now, it's just been the nuclear family on that island.

Shortly after the story opens, however, King himself disappears. The three sisters and their mother are left to fend for themselves, even as two men and a boy from the mainland wash up on shore. The rest of the novel describes the week that follows, into which Mackintosh artfully jams a sexual coming-of-age story and a survival-of-the-fittest tale that turns the seaside hotel into a gory version of a Clue gameboard.

The three sisters and their mother take turns narrating this story, but our main narrator is the middle sister, Lia. It's her voice — sensitive, needy and ultimately angry — that makes the world of The Water Cure come to life.

As the men increasingly make themselves at home in the hotel, scattering dirty dishes and garbage in their wake, Mackintosh subtly increases the menace in the atmosphere. Some words written by one of the "damaged women" who stayed at the hotel echo throughout the climactic final section of this novel. In a macabre kind of "guest book," that woman wrote:

I was so innocent . ... I didn't understand how rapidly things had changed, ... I didn't know that there was no longer any need for the men to hold their bodies in check or to carry on the lie that we [women] mattered.

The Water Cure is both otherworldly and very much of this world in its deep pessimism about the fate of the planet, as well as the fate of equitable relations between men and women. It's not a pretty or uplifting novel, but it's effective — and clearly it's the kind of story that Mackintosh and a lot of other authors feel they need to be writing — and we need to be reading — right now.

Read an excerpt of The Water Cure