Accessibility links
Cyntoia Brown, In Prison For Murder, Is Granted Clemency By Tenn. Governor Brown's supporters say she was a victim of human trafficking who has remade herself while in prison — and on Monday, Tennessee Gov. Bill Haslam agreed. 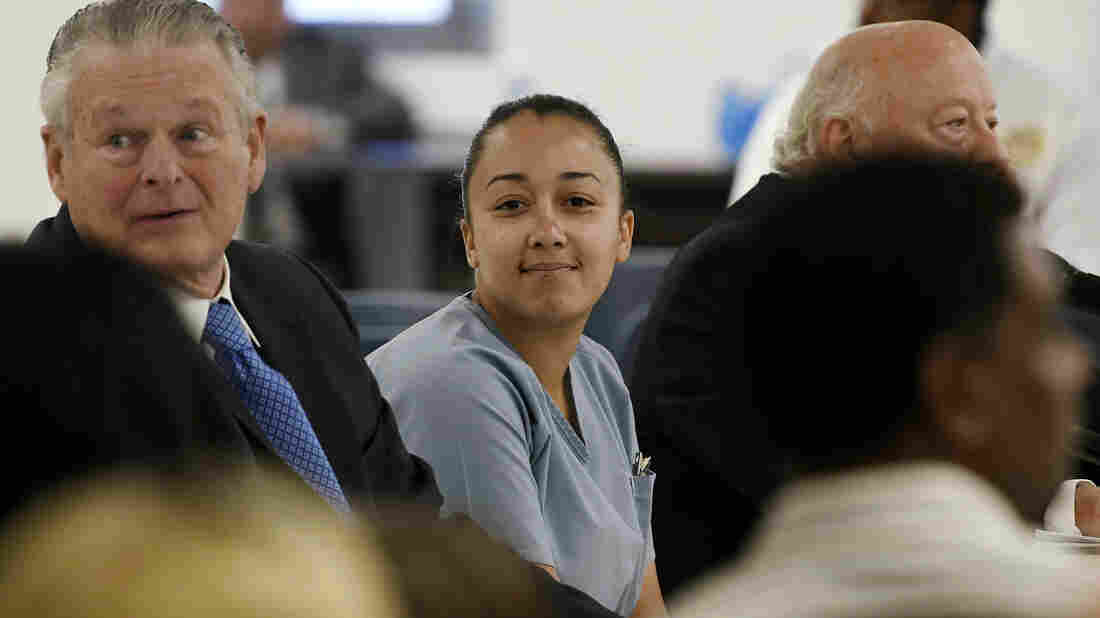 Cyntoia Brown, who was sentenced to a life prison term for killing a man when she was 16, says she will help others avoid the situation she found herself in. She's seen here looking at family members during a clemency hearing in May 2018. Lacy Atkins/AP hide caption 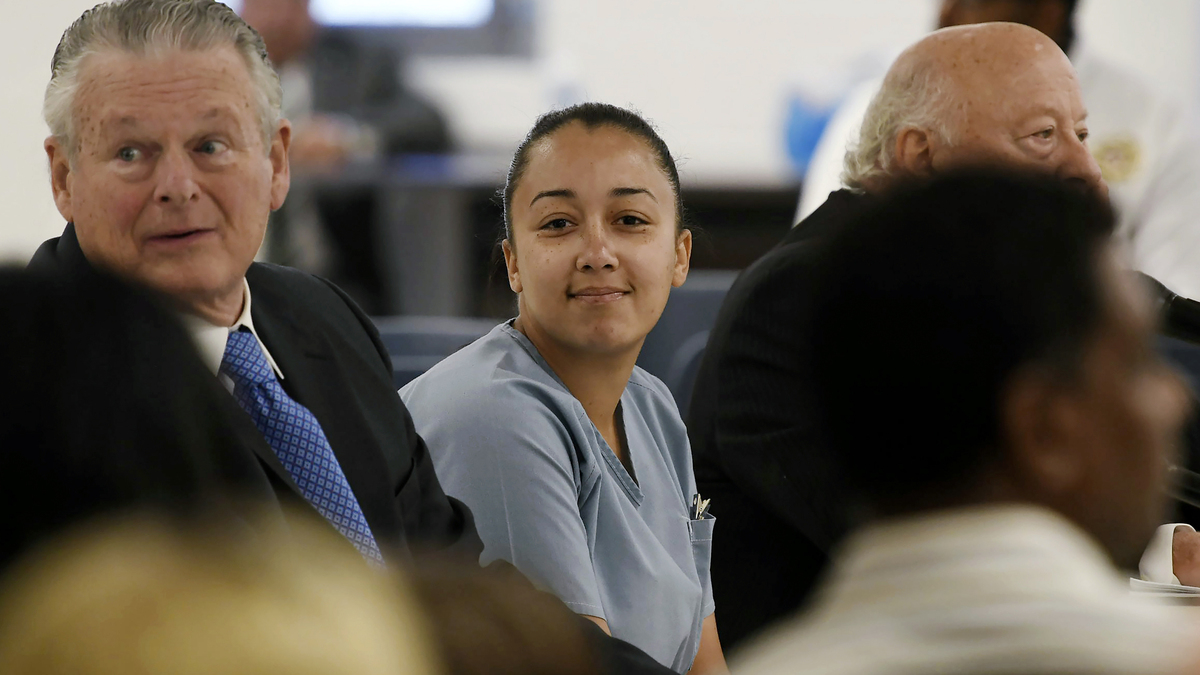 Cyntoia Brown, who was sentenced to a life prison term for killing a man when she was 16, says she will help others avoid the situation she found herself in. She's seen here looking at family members during a clemency hearing in May 2018.

Tennessee Gov. Bill Haslam has granted executive clemency to Cyntoia Brown, who has been serving a life sentence for a murder she committed when she was 16 years old. Brown's cause was championed by a number of celebrities, including Rihanna.

Brown's supporters have said she acted in self-defense when she killed a man who had paid to have sex with her, describing her as a victim of human trafficking who was preyed upon when she was homeless. They also say Brown has remade herself while in prison — and on Monday, Haslam agreed.

Calling it "a tragic and complex case," Haslam said that Brown "committed, by her own admission, a horrific crime at the age of 16."

"Yet, imposing a life sentence on a juvenile that would require her to serve at least 51 years before even being eligible for parole consideration is too harsh," Haslam said, "especially in light of the extraordinary steps Ms. Brown has taken to rebuild her life. Transformation should be accompanied by hope. So, I am commuting Ms. Brown's sentence, subject to certain conditions."

Those conditions include Brown being released on parole — and a promise that she won't violate any state or federal laws. She can leave prison on Aug. 7, and Haslam said she will need to complete "re-entry programming" to help her reintegrate into the community.

Brown, 30, is currently incarcerated at the Tennessee Prison for Women. She has said a pimp named "Kut Throat" forced her into prostitution and that this is what eventually led her to kill 43-year-old Nashville real estate agent Johnny Allen in 2004. Allen had taken Brown to his house after picking her up at a restaurant.

Brown has already served 15 years in prison; she wouldn't have been eligible for parole until she had served at least 36 more years, as member station Nashville Public Radio reports. Now, if all goes as planned, she will be on parole for the next 10 years instead of in prison.

In a statement released by her attorneys, Brown said, "Thank you, Governor Haslam, for your act of mercy in giving me a second chance. I will do everything I can to justify your faith in me."

She also thanked "those at the Tennessee Department of Corrections who saw something in me worth salvaging," as well as educators from Lipscomb University, whom she credited with "opening up a whole new world for me."

"I have one course left to finish my Bachelor's degree, which I will complete in May 2019," Brown said.

Thanking her supporters for prayer and encouragement, Brown said, "Thank you to my family for being a backbone these past 14 years."

"With God's help, I am committed to live the rest of my life helping others, especially young people," she added. "My hope is to help other young girls avoid ending up where I have been."

The high-profile attention to Brown's case has also put renewed focus "on how the criminal justice system treats child victims of sex trafficking who commit crimes," as NPR's Samantha Raphelson has reported. "Each year, more than 1,000 children are arrested for prostitution in the U.S., according to the Bureau of Justice Statistics."

If you're wondering how a 16 year old black girl gets a shockingly lengthy prison sentence for shooting her white, 43-year-old john... pic.twitter.com/asKENpubhV

Advocates have called for cases such as Brown's to be reconsidered under "safe harbor" laws that provide more protections for minors who were the victims of trafficking. As he set Brown's freedom in motion, Tennessee's governor acknowledged that more changes are needed.

"While we have spent a considerable amount of time studying and implementing sentencing and criminal justice reform in our state, there is more work to be done," Haslam said as he announced his clemency decision. "I am hopeful serious consideration of additional reforms will continue, especially with respect to the sentencing of juveniles."