Accessibility links
Former Uber Driver Pleads Guilty To 2016 Killing Rampage In Michigan "I've wanted to do this for quite a while," Jason Dalton explained in court on Monday, putting an end to jury selection. He faces life without parole for killing six people between transporting fares. 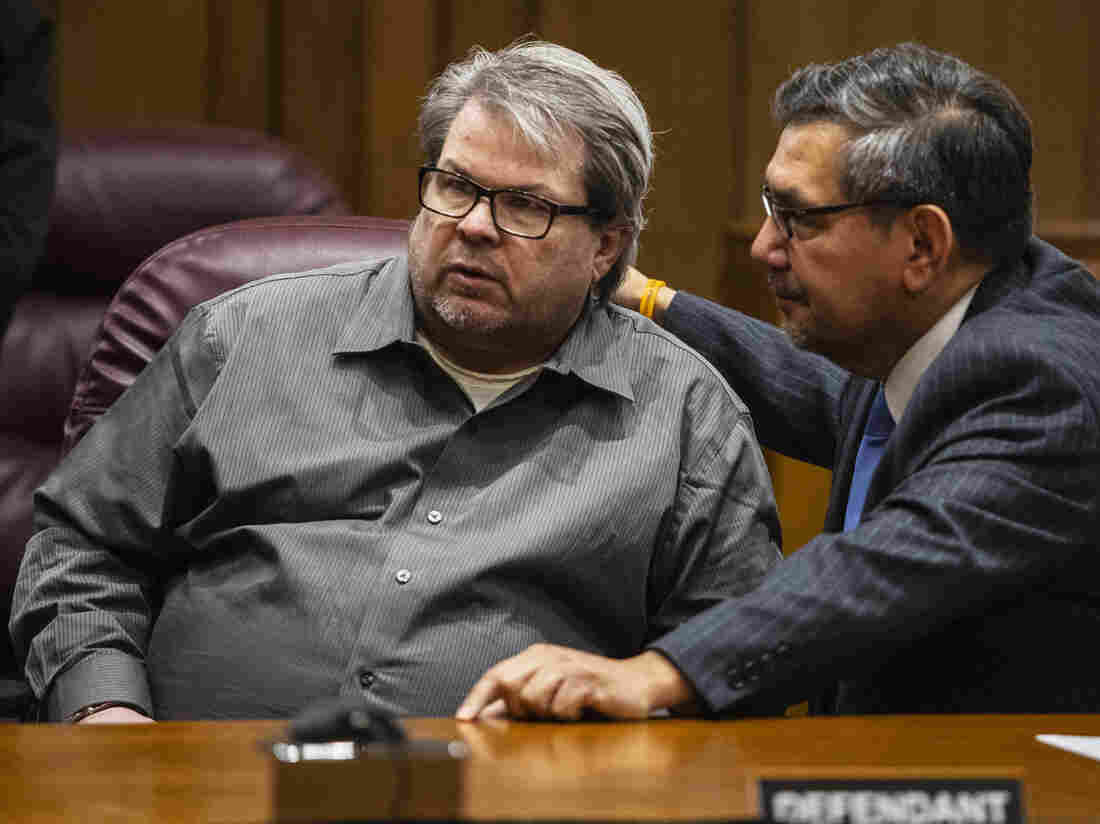 Jason Dalton talks with his defense attorney Eusebio Solis moments before pleading guilty to six counts of murder and other charges on Monday, in Kalamazoo, Mich. Opening statements in the trial were scheduled to begin Tuesday. Joel Bissell/AP hide caption 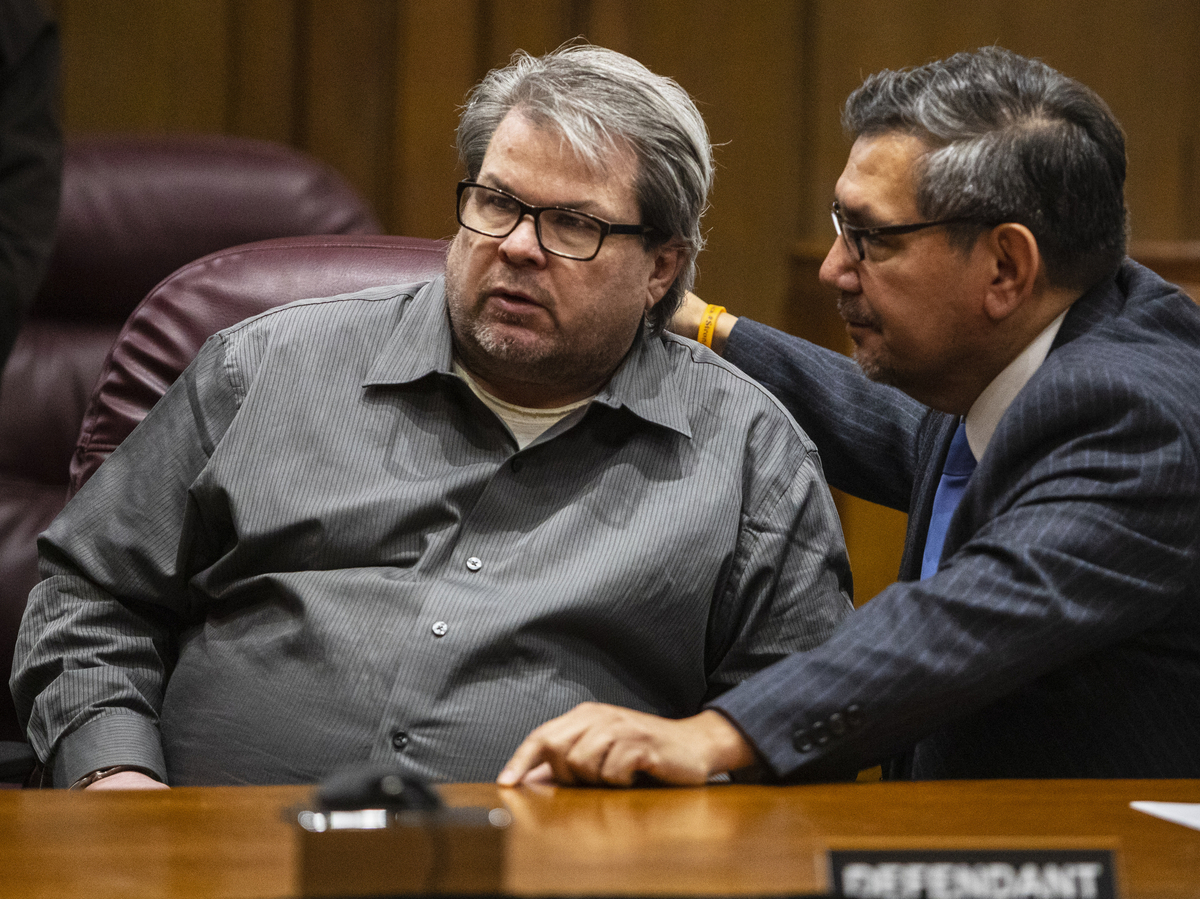 Jason Dalton talks with his defense attorney Eusebio Solis moments before pleading guilty to six counts of murder and other charges on Monday, in Kalamazoo, Mich. Opening statements in the trial were scheduled to begin Tuesday.

A former Uber driver charged with killing six people during an hours-long shooting rampage in Michigan nearly three years ago, pleaded guilty to all charges on Monday, defying his attorney.

Jason Dalton was set to stand trial for fatally shooting four women in the parking lot of a Cracker Barrel restaurant, in addition to a father and son who were at a car dealership, and for wounding two additional strangers. But, going against his lawyer's counsel, he surprised the judge and prosecutors by admitting that he was behind the attack, firing at unsuspecting strangers while continuing to pick up Uber fares in between the shootings on Feb. 20, 2016.

"I've wanted to do this for quite a while," Dalton told a judge, putting an end to jury selection, according to the Associated Press.

Scott Brower, chief assistant prosecuting attorney in Kalamazoo County, told NPR that Dalton "acknowledged the facts behind each of the charges," including attempted murder and firearms violations.

As a result, the 48-year-old faces a mandatory life sentence without parole for each count of first-degree murder, Brower added.

'You Aren't The Shooter, Are You?' Uber Ride Came Just Before Suspect's Arrest

Dalton's motive remains a mystery. Kalamazoo County prosecutor Jeff Getting told the AP "everybody wants to know" what drove Dalton to indiscriminately kill six bystanders who had the misfortune of being in Dalton's line of sight on that terrifying day.

Getting added it is a "key question" that investigators have still not answered.

"After Dalton's arrest, police quoted him as saying a 'devil figure' on Uber's app was controlling him on the day of the shootings," the AP said.

"The shooting spree started in the early evening outside an apartment complex where a woman was shot five times. That victim was hospitalized. More than four hours passed before the next shooting. A father and son were shot dead at a car dealership. And then about 15 minutes later, four people were killed and one injured sitting in their vehicles in the parking lot of a Cracker Barrel restaurant. All told, six people killed and two were injured."

Suspect In Kalamazoo Shootings Charged With 6 Counts Of Murder

Days after the shooting, Uber confirmed that Dalton had passed a company background check and that there was no evidence that any warning flags were missed. Police also confirmed Dalton had no criminal record.

A passenger named Derek, who rode with Dalton between killings on that day, told NPR he got into the Uber ride and "jokingly" asked, "You aren't the shooter, are you?'"

"He either shook his head or said no, and I said, 'Are you sure?' " Derek continued. "And his response wasn't like you would expect, like a laugh. It was just very calm and quiet. It was, 'I'm just tired. No, I'm just tired.' "

According to the AP, Solis advised Dalton not to plead guilty. But in the end, Dalton determined he "wanted to spare families more grief during a trial."

"We're very happy that we're able to reach this resolution," Getting said as reported by ABC News. "Doing this is what's best for the people of this community, it's what's best for our victims."