Accessibility links
Trump Sees Border Wall As Another Boost For U.S. Steel Industry President Trump says a country is nothing without a steel industry. And while his tariffs have benefited the U.S. steel industry, his claims about a boom with new plants opening are exaggerated. 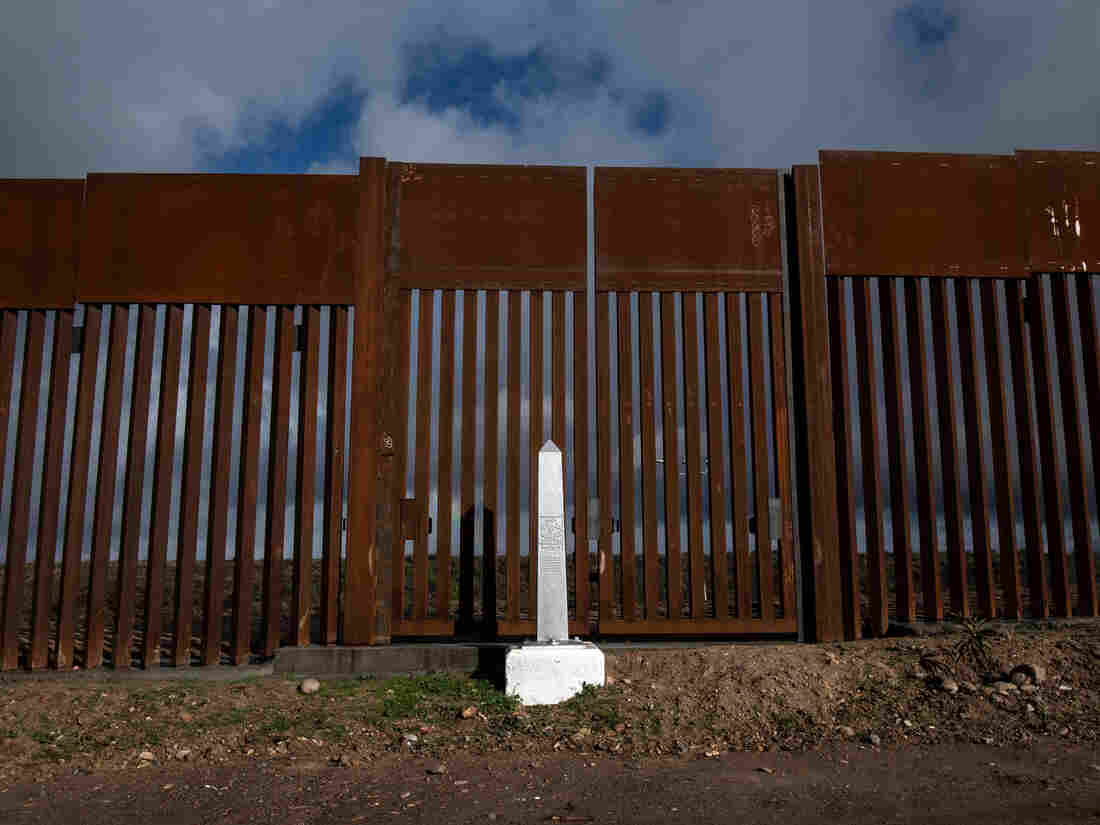 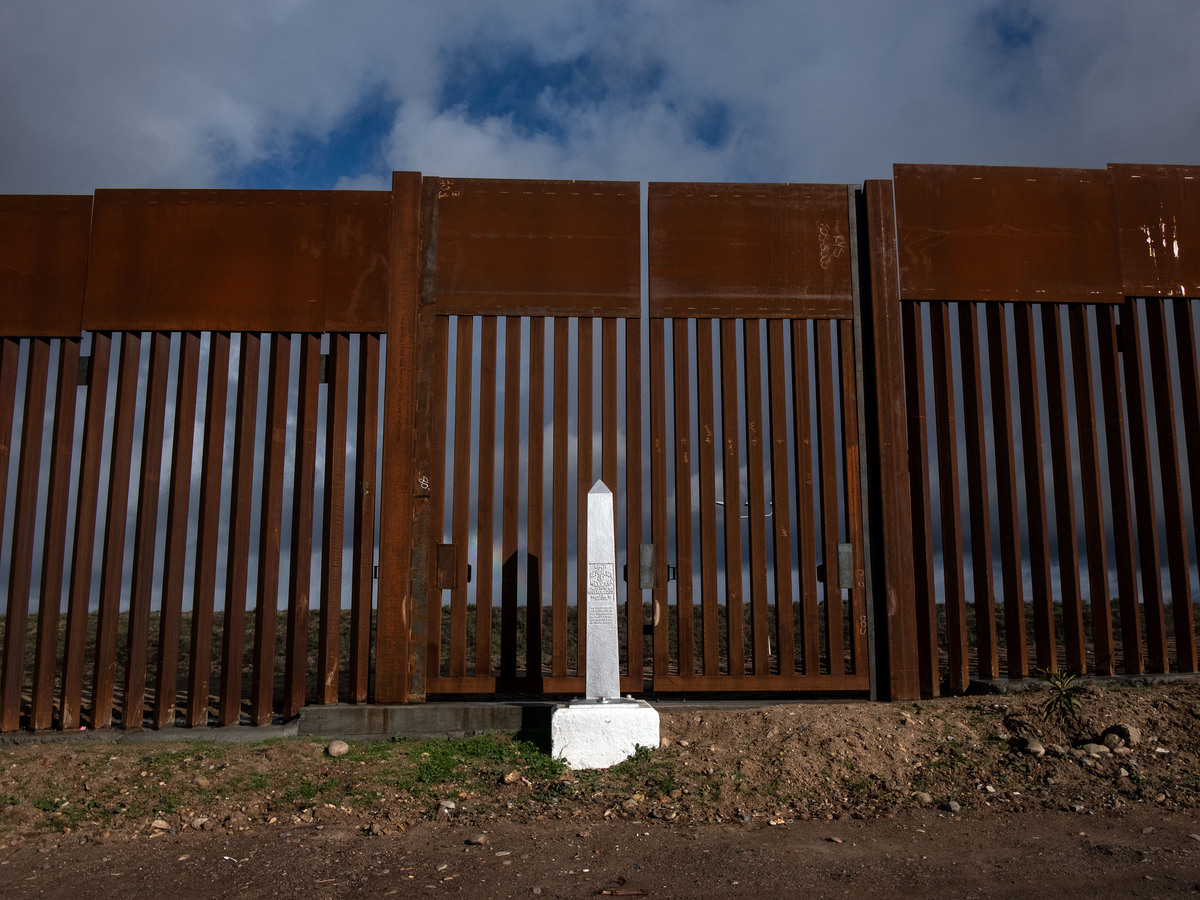 A section of the reinforced U.S.-Mexico border fence in the Otay Mesa area, San Diego County, is seen from Tijuana in Mexico. President Trump says a border wall made of steel would help American steel companies.

As President Trump describes it, a steel wall along the Mexican border isn't just about protecting the country from terrorists and drug dealers. It would also be a boon for big steel, an industry he says is essential for American identity.

"I'll have it done by the United States Steel Corp., by companies in our country that are now powerful, great companies again," he said Friday at the White House. "And they've become powerful over the last two years because of me and because of our trade policies."

Trump has made clear how he reveres the beleaguered steel industry, once saying that without one, "You almost don't have much of a country."

Protection For The Steel Industry Is As Old As America

Since taking office, Trump has filled his administration with former steel industry executives and attorneys, such as U.S. Trade Representative Robert Lighthizer. They have made reviving the industry a major priority, by protecting it from what they say are unfair foreign trade practices.

Last year, the administration slapped tariffs on imports of steel and aluminum.

The tariffs have been highly controversial, especially because they were justified on national security grounds. But the biggest source of U.S. steel imports is Canada, a strong American ally.

Despite that, the tariffs have benefited big steel, by raising the price of imports and easing the pressure on domestic companies to keep their prices low.

"Our steel industry is now thriving and getting better every single day and it's jobs, and it's that money pouring into our coffers. It's beautiful," Trump said at a Missouri campaign rally in November 2018.

Trump has claimed — falsely — that seven steel plants are being built as a result of the boon touched off by his trade agenda. But at least one new plant is being built and some others are being upgraded. And profits are up for big companies such as Nucor and U.S. Steel.

"Orders are up. Shipments are up. Hiring is up. Wages are up," says Scott Paul, president of the Alliance for American Manufacturing. "No matter which metric you look at, the steel industry is unquestioningly doing better than it has been for the past couple of years."

But numerous manufacturers have also complained that they're being hurt by higher prices for imported steel and aluminum. That includes companies in key industries such as housing and autos.

"The problem, of course, is that as you lend a hand to particular producers — producers of upstream products like steel — you raise the cost of production for steel-consuming industries and steel-consuming firms," says Dan Ikenson, director of the Cato Institute's Herbert A. Stiefel Center for Trade Policy Studies.

"If you do the math, it doesn't make a whole lot of sense to go to bat for the steel industry in the first place, because you're really hurting a more significant portion of the economy," Ikenson says.

From Mills To Manufacturers, Steel Tariffs Produce Winners And Losers

Manufacturers that are unable to acquire the steel they need from domestic suppliers can ask the Commerce Department for an exemption from the tariffs. But the government has been slow to process the exemptions, and many companies are still waiting to hear about their requests.

Ikenson is also less than impressed with the industry's alleged boom, saying it has a lot to do with broader economic forces.

"The steel industry is a cyclical industry. It ebbs and flows with the economy, and right now the economy is sort of peaked out and perhaps beginning to slow down a little bit. If you look at steel stock indexes, they're about where they were a year ago," he says.

An earlier version of the Web story said President Trump spoke at the opening of a U.S. Steel blast furnace. He actually spoke at a campaign rally.