Accessibility links
Nina Simone's 'Lovely, Precious Dream' For Black Children With "To Be Young, Gifted and Black," Simone aimed to capture joy in black identity amid bloody civil rights struggle. The song was addressed to children, but adults caught on, too. 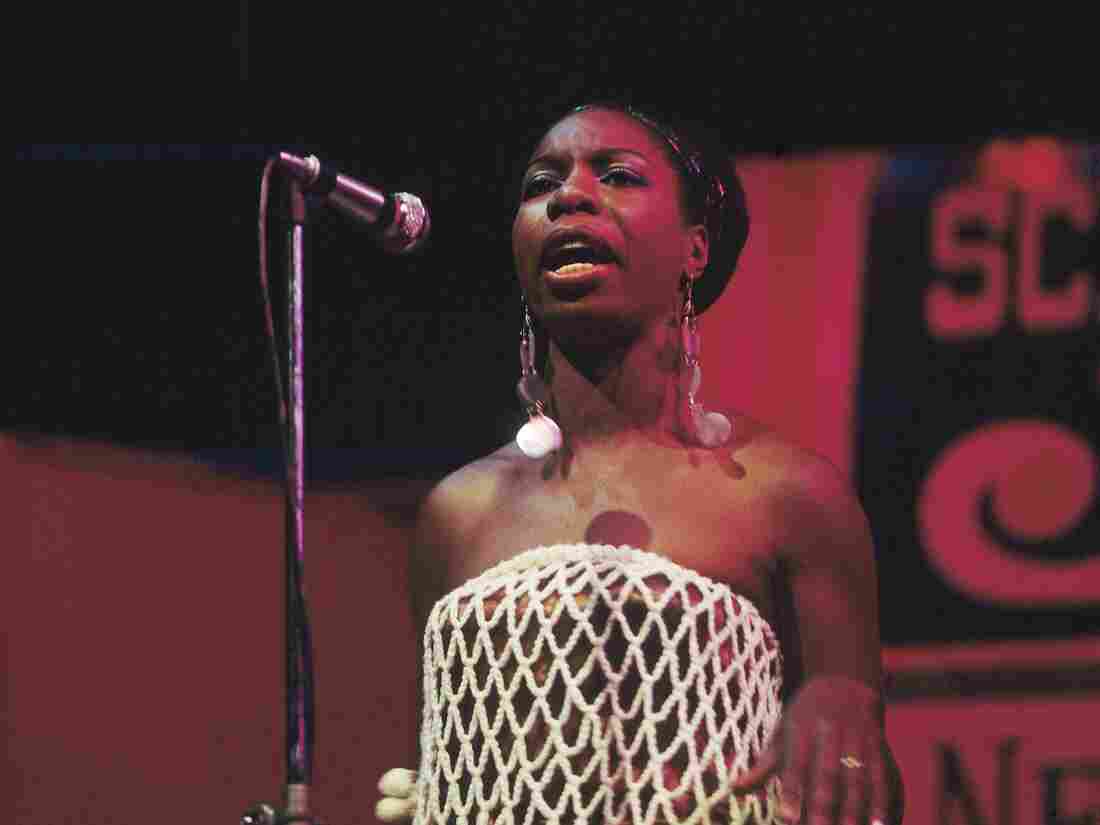 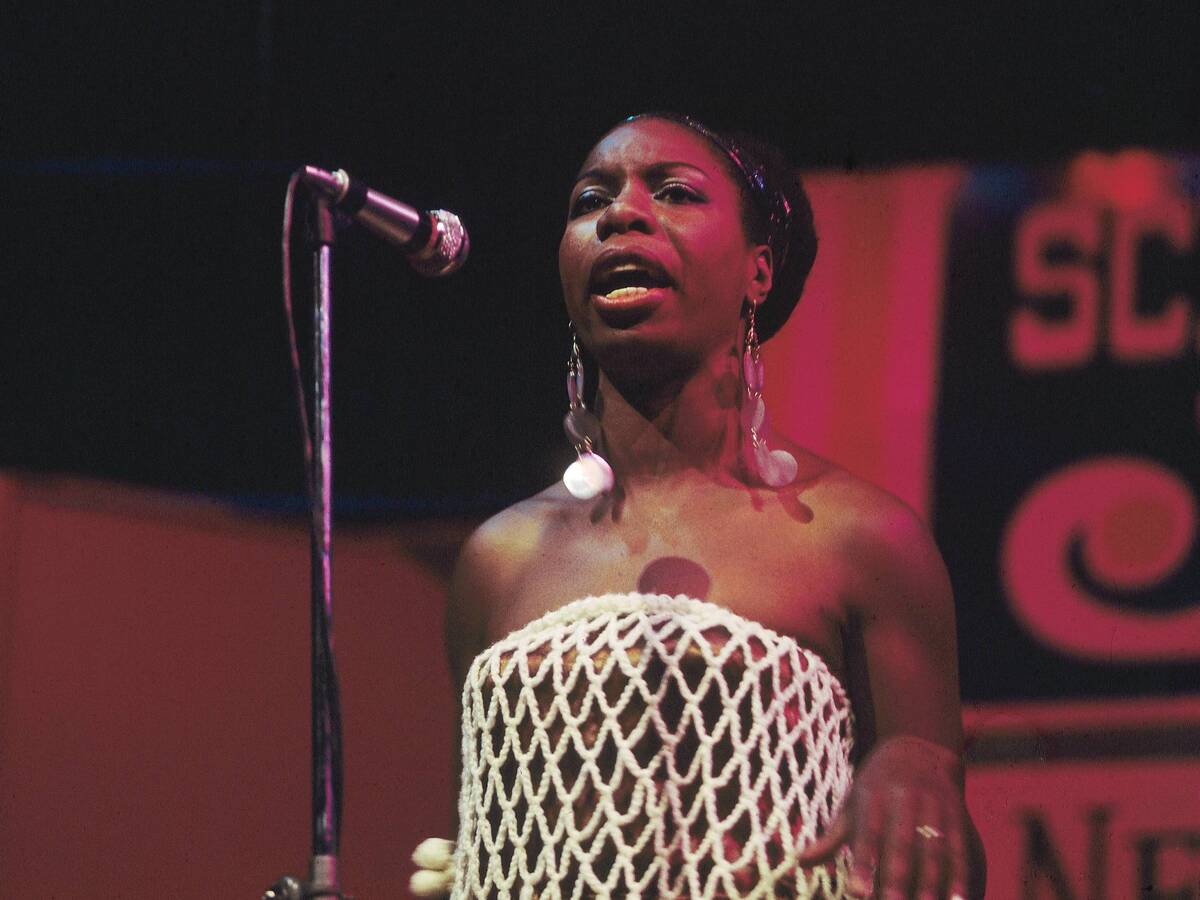 Nina Simone onstage at the Newport Jazz Festival in 1968.

By the early 1960s, Nina Simone was well-known to the world as a singer, songwriter and classically trained pianist. But around 1963, as race relations in America hit a boiling point, she made a sharp turn in her music — toward activism.

First, there was the murder of Medgar Evers that summer. The civil rights leader was killed by a Klansman, shot in the back in his own driveway in Mississippi. Three months later, in Birmingham, Ala., four black girls were killed in a church bombing. In response to the grief and outrage, Simone wrote a powerful song with unsparing lyrics and a provocative title: "Mississippi Goddam."

Then, in 1968, she identified a different side of the struggle. The Black Power movement was rising. Pride in being black and beautiful was expressed in big afros and raised fists. She aimed to capture that moment of joy in black identity — and though the song she wrote was addressed to children, it became an anthem for adults, too.

"To Be Young, Gifted and Black" was a dedication to Nina Simone's friend, the playwright Lorraine Hansberry, who wrote A Raisin in the Sun. Hansberry was the first black woman to have a play performed on Broadway; she and Simone bonded over civil rights and radical politics.

And then, in January 1965, Hansberry died of cancer at the age of 34. A few months before, she had told a group of student essay winners, "I wanted to be able to come here and speak with you on this occasion because you are young, gifted and black."

Those words stuck in Nina Simone's head. In an interview recorded at historically black Morehouse College in Atlanta, she said, "I remember getting a feeling in my body, and I said, 'That's it: to be young, gifted and black. That's all.' And sat down at the piano and made up a tune. It just flowed out of me."

Simone wrote the music, while the words came from her bandleader, Weldon Irvine. He reportedly sat writing the lyrics in his car, tying up a busy New York City intersection for 15 minutes as he scribbled on napkins and a matchbook cover. Simone had told him to keep it simple — write something that "will make black children all over the world feel good about themselves, forever."

"To Be Young, Gifted and Black" caught on, and other artists quickly recorded it. Soul singer Donny Hathaway released a cover of the song in 1970. Aretha Franklin made own version the title track of an album she released in 1972.

Meshell Ndegeocello, a 10-time Grammy nominee active since the early '90s, released the album Pour une âme souveraine: A Dedication to Nina Simone in 2012. She says when she was growing up, there really was a need for the song.

"It's the first time I heard those words said about young black people," she says. "You know, being of color, you did not feel that you were gifted — and especially if you're black."

She says she first heard the song while attending middle school in a suburb of Washington, D.C. Her teacher, a white woman, played it for a class of mostly black students.

"In D.C., music wasn't so segregated. I mean, I love Burt Bacharach, and I grew up listening to The Carpenters. But, she also played me, like, Bob Marley, Salif Keita. It was the beginning of my awareness of Africa," Ndegeocello says. "And it was somewhere in one of those classes, or Black History Month, where she was like, 'We're gonna try to perform this song in a choir setting.' "

Last year, Nina Simone's profile was raised again as she was inducted into the Rock & Roll Hall of Fame, and her childhood home was declared a national treasure by the National Trust for Historic Preservation.

Somi, another contemporary artist, honored the legend in her own way: performing and curating an evening of music honoring Nina Simone and Miriam Makeba at Jazz at Lincoln Center. The event was called Singing Protest & Memory.

Somi was born in Illinois; her parents were immigrants from Rwanda and Uganda. She says her family encouraged her to take pride in her African heritage — she didn't really need a song to do that. Which prompts a question: Is the song still necessary?

"Necessary is a tricky word, right? Is a song 'necessary'? I think the message is absolutely still necessary," Somi says. "I think when, you look at the March [for] Our Lives that recently happened in Washington, and Naomi Wadler coming up there and feeling as though she had to speak, that speaks to the need for young black youth to be seen, to be heard."

Eleven-year-old Naomi Wadler spoke to a Washington, D.C., crowd during the nationally televised demonstration, saying, "I am here to acknowledge and represent the African-American girls whose stories don't make the front page of every national newspaper." She was met by roaring applause.

Meshell Ndegeocello invited singer Cody ChesnuTT to sing on her version of "To Be Young, Gifted and Black" for Pour une âme souveraine. The mother of two sons, she says she had a painful story from the news on her mind: "This was during the time of the whole Trayvon Martin incident."

Martin, an unarmed African-American teenager, was fatally shot on Feb. 26, 2012 by neighborhood watch volunteer George Zimmerman in Sanford, Fla. Zimmerman was tried and acquitted for second degree murder. "And I was affected as a mother. And so for some reason, I felt it should be voiced with a male presence, a strong male presence," Ndegeocello says.

"It's an inner anthem, I think — you know, it's existing on a subconscious level," she adds. "I only hope it makes you ask the question [of] why it had to be written. That's more important than anything else."

Nina Simone said she wanted this song to inspire black children to feel good about themselves forever. Maybe that's a lot to ask from one song. But that message is as important as it was 50 years ago, when "To Be Young, Gifted and Black" first became an American anthem.