Accessibility links
Despite Government Shutdown, Justice Department Gives Border Statements The department's public affairs apparatus is mostly idle for lack of funding, but that hasn't stopped it from making announcements in support of the administration's messaging about immigrants. 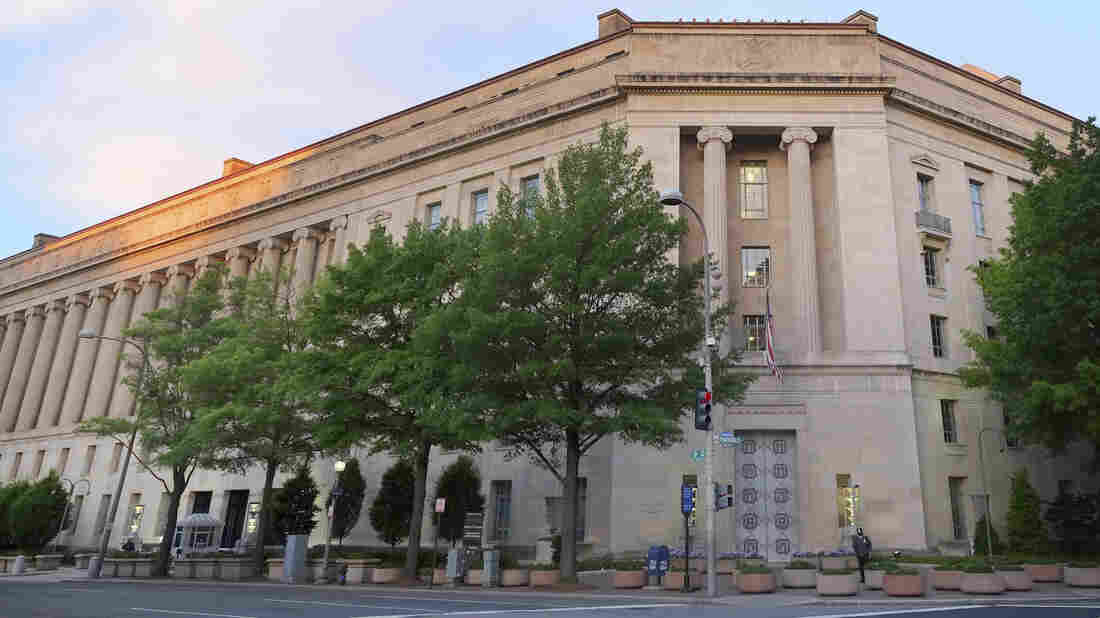 Work at the Justice Department's headquarters in Washington has been slower than normal because of the government shutdown. Even so, it's calling attention to administration priorities about the Southern border. J. David Ake/AP hide caption 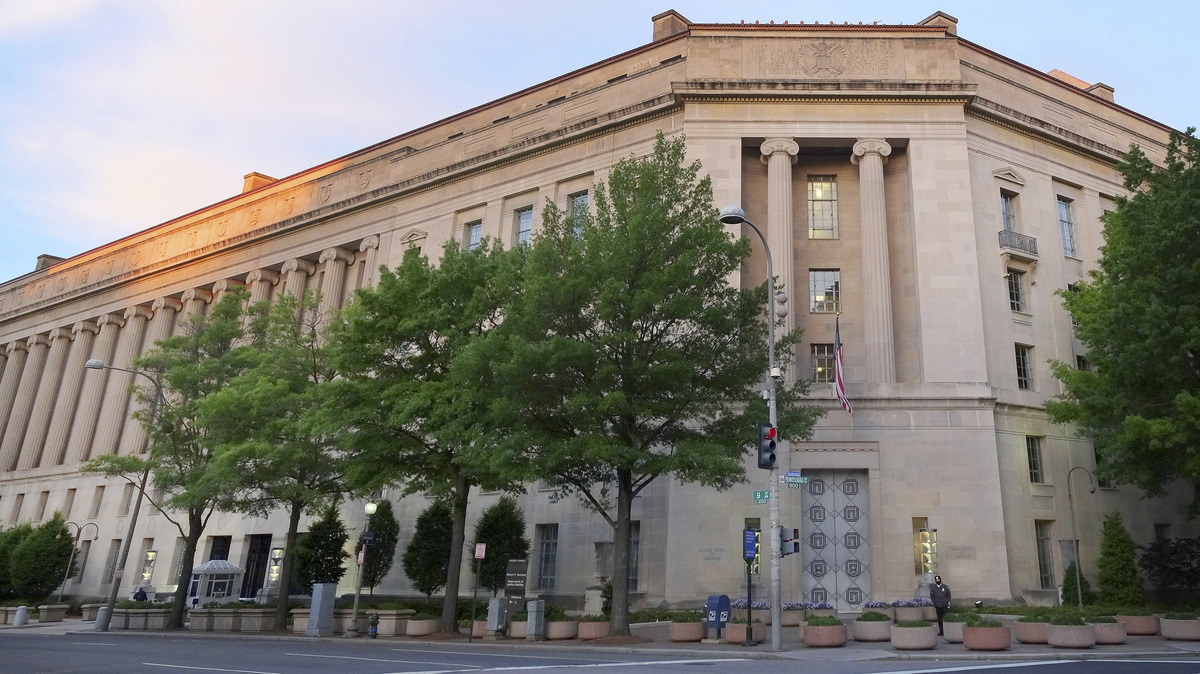 Work at the Justice Department's headquarters in Washington has been slower than normal because of the government shutdown. Even so, it's calling attention to administration priorities about the Southern border.

Officials in Washington, D.C., instructed field office workers on Dec. 21 that the public affairs unit would "only issue press releases to the extent it is necessary to ensure public safety or national security, such as a terrorist attack or something of similar magnitude."

That's why the pair of announcements this week raised some eyebrows — the cases involved the sentencing of foreign-born defendants who participated in an international sex trafficking operation, forcing young women and girls from Mexico and Central America into prostitution.

Even though the government is shut down, those announcements appeared ahead of a speech scheduled for Tuesday night in which President Trump is expected to make a case that there's an "emergency" on the border and a later trip to the border to see it himself.

"As this is the only public release that DOJ has put out during the government shutdown, it is of high national importance," a Justice Department spokesperson said in a written statement Monday.

Authorities also highlighted the cases in an official Twitter stream.

Longtime law enforcement observers wondered to NPR how those cases fit into the public safety or national security exception, especially because the defendants had been held in federal custody for years before their sentencing.

But the DOJ emphasis on trafficking does fit with recent rhetoric from Trump, who has been citing the threat of sex trafficking as one of the reasons he wants to build a wall along the Southern border.

Trump has said, without evidence, that such a wall would have a "huge effect" on trafficking. The administration wants Democrats to agree to authorize some $5 billion for a border wall and end the impasse over funding the government that has idled much of the Justice Department and other agencies.

Democrats won't go along. They argue the United States can enhance its border security without a physical barrier and also want to deny Trump the ability to fulfill a signature campaign promise — although Trump had also said that Mexico would pay for a wall.

Former prosecutors pointed out to NPR that the public fight over the wall has largely pushed developments in the ongoing investigation of Russian election interference out of the news. The special counsel, Robert Mueller, and his team are covered by a separate funding stream and are at work despite the partial federal government shutdown.

Justice Department spokeswoman Kerri Kupec said that the decision about whether to issue press releases publicizing cases is a "discretionary" one and that despite the furlough, her small team is continuing to operate in a "limited manner."

Across the country, U.S. attorneys have issued more than a half-dozen news releases since the shutdown about cases of interest, including the indictment of Russian lawyer Natalia Veselnitskaya for alleged obstruction of justice.