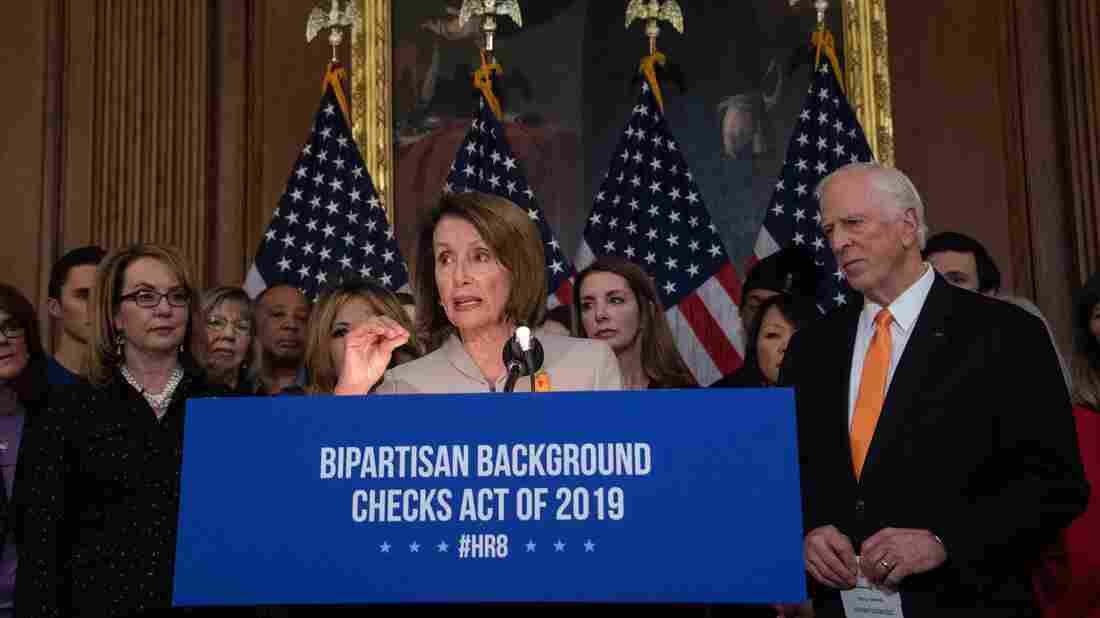 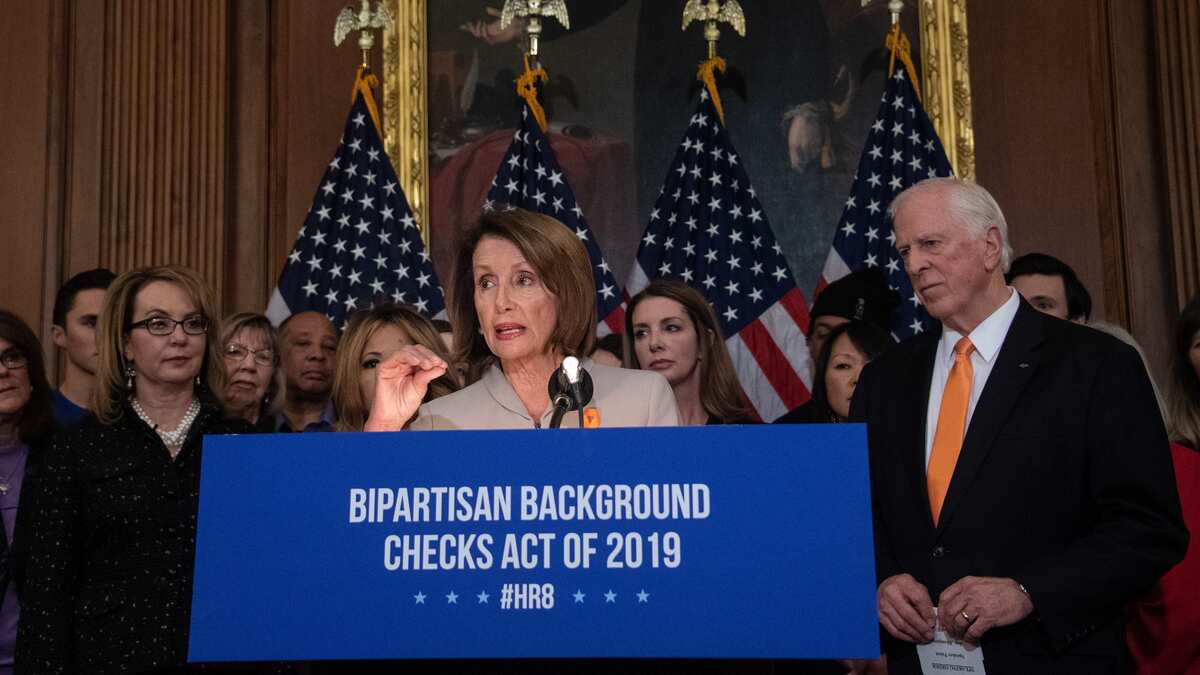 The new House Democratic majority is promising to do something the party avoided when it last controlled the levers of power in Washington: pass gun legislation enhancing background check requirements for all gun purchases.

"You look at those years, 2009, 2010, when you had Barack Obama in the White House, 60 Democratic votes in the Senate, a big Democratic majority in the House, and not only did nothing happen, but it wasn't even on the table," said Peter Ambler, executive director of Giffords, the gun violence prevention advocacy organization founded by former Rep. Gabrielle Giffords, D-Ariz. "We had collectively, politically as a country said, 'We're not going to address this. The opposition is just too powerful.' "

Tuesday, on the eighth anniversary of the 2011 Tucson shooting that gravely injured Giffords and left six people dead, a bipartisan group of lawmakers introduced gun legislation to extend existing background check requirements to almost all gun sales and most gun transfers, including Internet sales, at gun shows and person-to-person transactions, with certain exemptions for immediate family.

"From the public polling to the ballot box, the American people have spoken up and demanded action to help end the tragedy of gun violence that far too many in our country face every day. We will continue our fight and we will deliver," said Thompson.

"When background checks are used, they keep guns out of the hands of people we all agree shouldn't have guns," said King.

It would be the first major gun legislation to get a vote in the House since the 1994 crime bill that temporarily banned the manufacture and sale of certain semi-automatic firearms. The Senate has tried, and failed, in the years since to pass legislation affecting gun sales, background checks and gun safety, but the House continually sidestepped the issue because of Democratic inaction or Republican opposition.

In the nine years since Democrats last controlled the House, the mood on guns has changed on Capitol Hill. A combination of mass shooting events since then, plus elections that continue to edge out rural, conservative Democrats from the party, has resulted in a new House Democratic majority. It is once again led by Speaker Nancy Pelosi, D-Calif., who is eager to take up gun legislation this year.

There is also a large freshman class of Democrats who ran campaigns loudly advocating for tougher gun laws, including Rep. Jason Crow, D-Colo., who defeated incumbent GOP Rep. Mike Coffman in a Denver suburban district near the site of the 1999 Columbine school shooting and the 2012 Aurora movie theater shooting.

After a press conference with Pelosi and other House Democratic supporters, Giffords accompanied Thompson to the House floor to officially introduce the legislation. Democratic aides tell NPR top leaders intend to move the bill to the floor quickly.

"So-called universal background checks will never be universal because criminals do not comply with the law," said NRA spokeswoman Jennifer Baker. "Instead of looking for effective solutions that will deal with root cause of violent crime and save lives, anti-gun politicians would rather score political points and push ineffective legislation that doesn't stop criminals from committing crimes."

The NRA counters that universal background checks would not have prevented any of the mass shooting events in recent years where all of the firearms used were purchased legally or because the background check system itself failed. 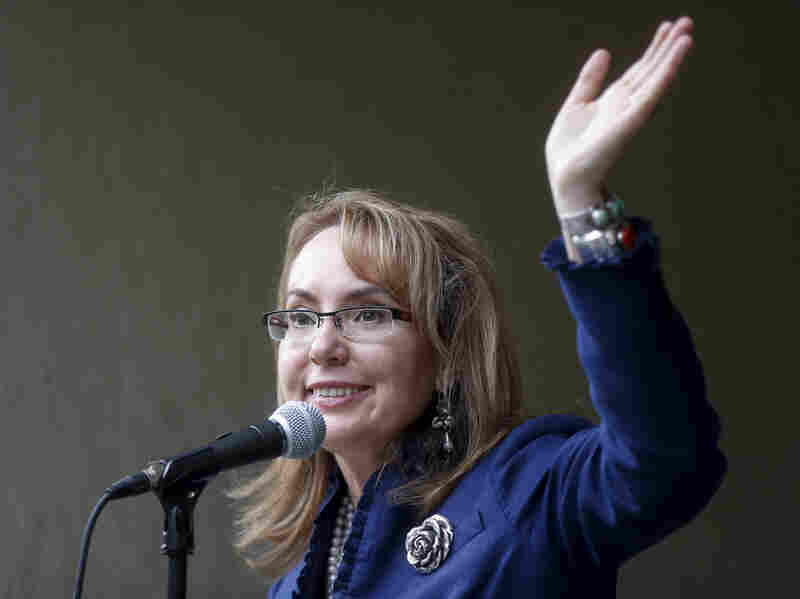 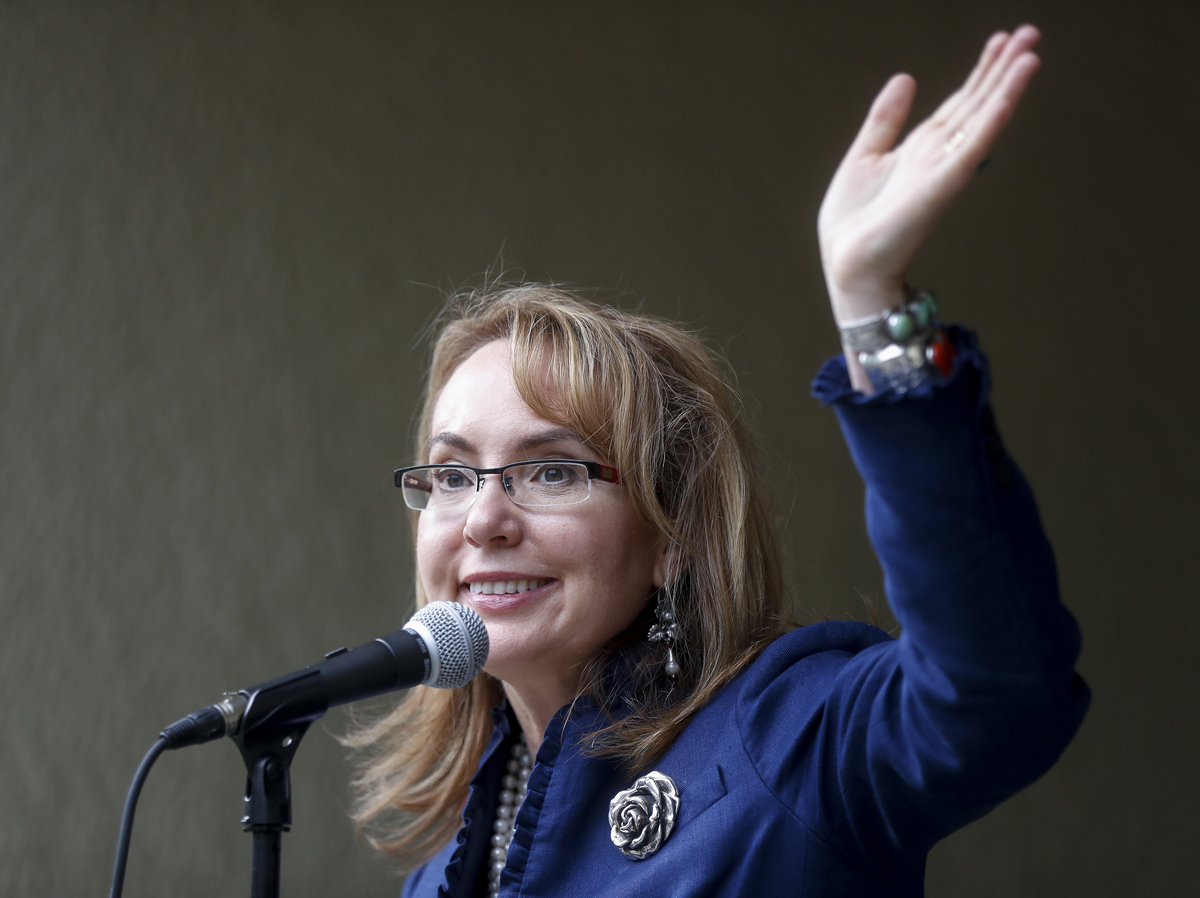 NRA opposition makes it all but certain that the legislation will not clear the Senate or have the support of President Trump, an ally.

Gun safety advocates like Emily Nottingham say the House vote still matters. "It will show us who is with us, and who is against us, and that will help us decide who we are going to support in the next election cycle," Nottingham said at a Tuesday event with gun violence survivors. Nottingham's son Gabe Zimmerman was a former Giffords aide who was shot and killed in the 2011 Tucson shooting.