Accessibility links
Billionaire Liberal Activist Tom Steyer Will Not Run For President In 2020 Instead, the 61-year-old investor and activist says he will spend even more of his own money on trying to impeach President Trump. 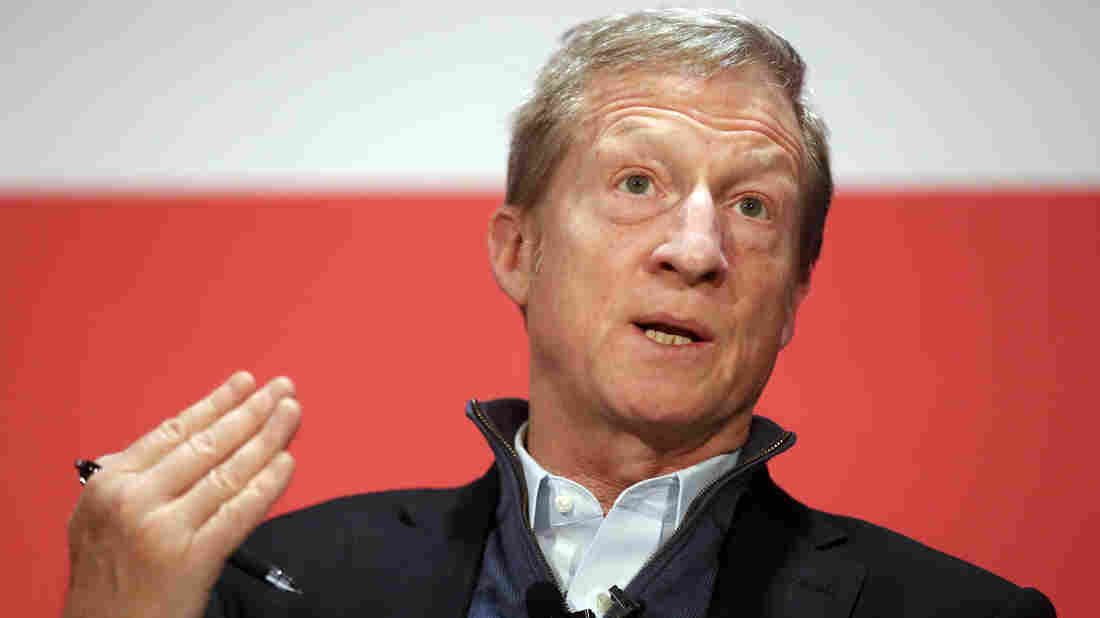 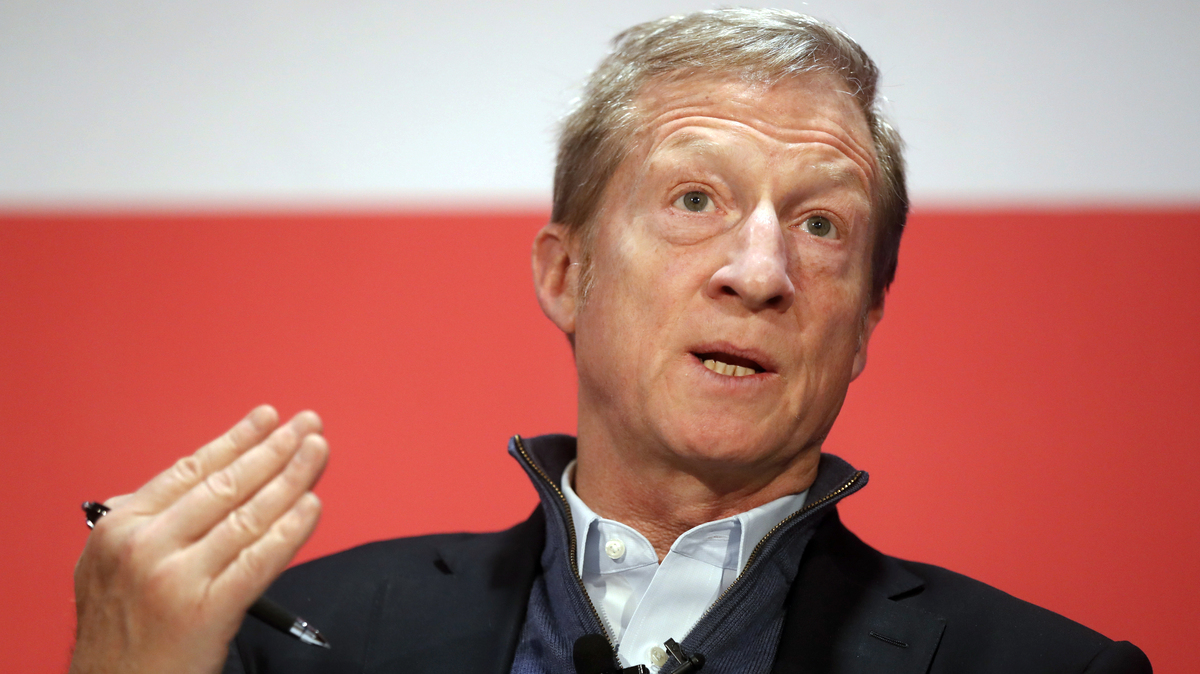 California billionaire Tom Steyer confirms to NPR that he will not seek the Democratic nomination for president in 2020, instead putting even more muscle behind his efforts to impeach President Trump.

"This is the biggest issue in American politics today," Steyer said of impeachment efforts. "We have a lawless president in the White House who is eroding our democracy and it is only going to get worse."

Steyer had been staffing up for a run, even finding a potential campaign manager and lining up possible staff. His announcement in Iowa, the site of the first caucus, seemed to indicate he was leaning toward a bid, and he had visited other early primary states.

Steyer has recently turned his attention to building momentum for removing Trump from office, and he will redouble those efforts, pledging an additional $40 million for 2019 for TV and digital ads, town halls, an "impeachment summit" later this month and other grassroots efforts. During the 2018 election cycle, he put $120 million behind his "Need to Impeach" initiative, running digital and TV ads urging Democratic lawmakers to act and working to help elect Democrats in the November midterms.

The 61-year-old activist and philanthropist, who made much of his money through hedge funds and investments, has long supported a variety of liberal causes — particularly raising awareness of climate change and targeting "science deniers" through his NextGen America organization.

Democratic Base Calls for Impeachment, But Leaders Say Not Now

Steyer's focus on impeachment wasn't well-received by some Democratic leaders ahead of the midterm election, who wanted to tamp down any impeachment talk they feared could hurt them at the ballot box.

"What we're seeing is that the establishment Democrats inside Washington, D.C., have decided for their tactical, political purposes that this doesn't work for them in the midterms this year," Steyer told NPR's Ari Shapiro in an August 2018 interview on All Things Considered. "What we're seeing from the movement is that the American people understand that this is the most important political question in front of the country and that this president breaks the law on a daily basis and should be removed."

Steyer was also one of at least 13 Trump critics who were targeted with crude mail bombs last October. A suspect in that case is awaiting trial.

In what is expected to be a crowded Democratic primary, Massachusetts Sen. Elizabeth Warren became the first major candidate to declare she was exploring a bid last month. Steyer joins former Massachusetts Gov. Deval Patrick among those passing on a run for the White House.