Accessibility links
Trump Oval Office Address: 7 Takeaways About The Shutdown And The Wall Debate For all the formality of an Oval Office address, the partial shutdown is no closer to being over, and Democrats and Republicans are living in very different worlds when it comes to immigration policy. 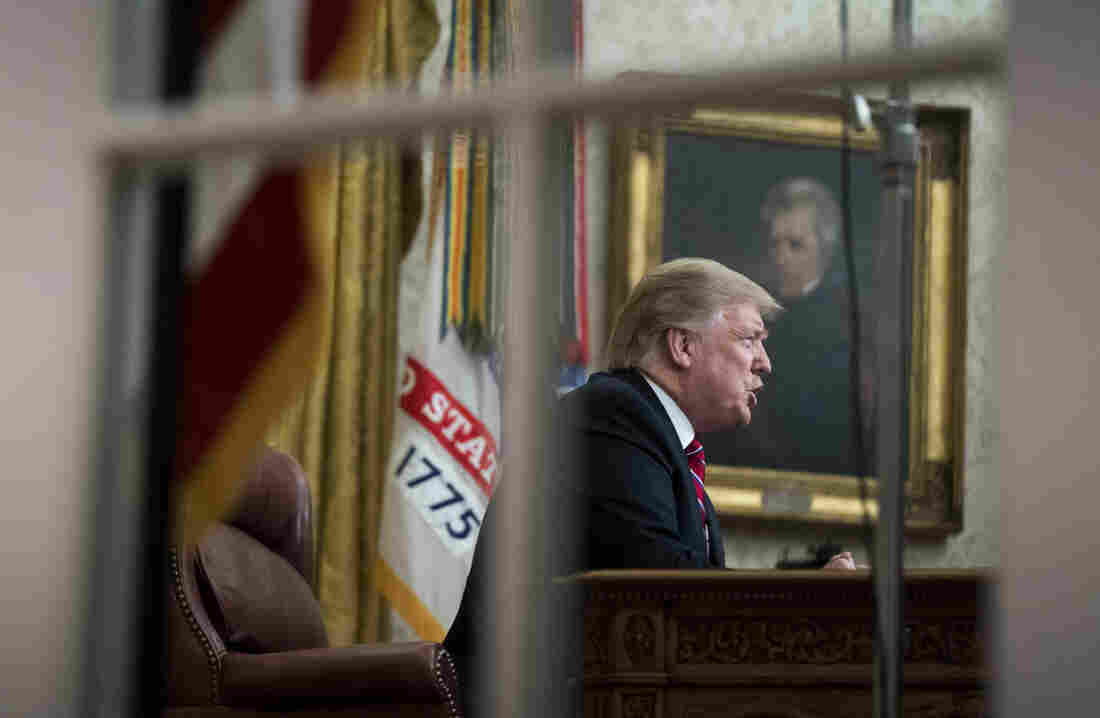 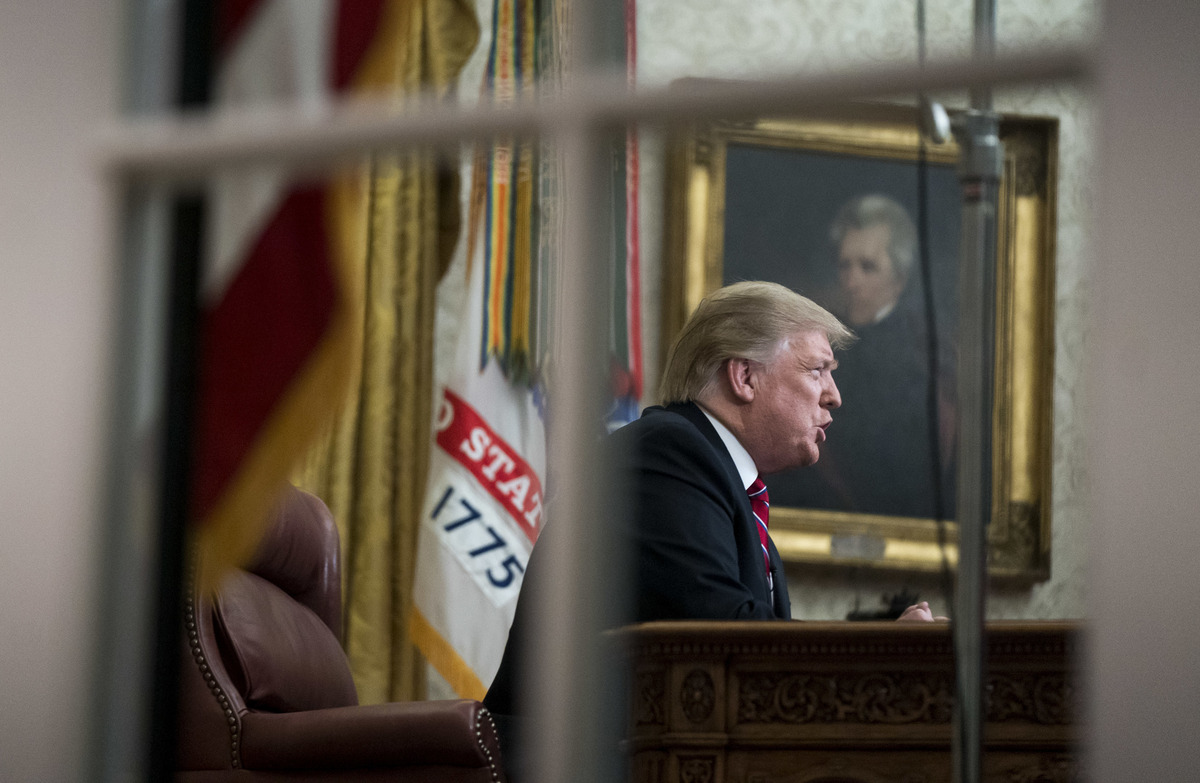 President Trump delivers his first prime-time address from the Oval Office on Tuesday.

President Trump delivered the first Oval Office address of his presidency Tuesday night — and it came in the midst of a protracted partial government shutdown.

There were a lot of questions going into the address, but there were at least as many afterward — especially, and most importantly: What now?

So what did we learn from the president's address and the rare Democratic response? Here are seven insights:

1. We are no closer to the shutdown being over

Trump tried to insist that he had already compromised with Democrats, saying he had moved from a concrete wall to barrier made of steel slats. But Democrats see that as no compromise. Remarkably, he neither offered anything else (like, say, bringing some clarity to the situation of the so-called DREAMers, undocumented immigrants brought to the U.S. as children) nor leveled any threat, like that he could declare a national emergency.

Not offering a compromise or leveling a threat is particularly curious given the point of Oval Office addresses during a tragedy or a "crisis" is to affect some sort of outcome. Congressional leaders are again set to return to the White House on Wednesday for resumed negotiations, but don't expect much to come of that. The president on Thursday is headed to the Southern border, where he's expected to continue making the case for a physical barrier.

The president's convention acceptance speech ("the crime and violence that today afflicts our nation") and his inauguration speech ("American carnage") were dark visions of the country. And, once again, when speaking to the whole country in a big moment, the president laid out a dark vision.

"How much more American blood must we shed before Congress does its job?" Trump said, pushing for increased border security funding. Trump's view of immigration and immigrants as causing exceptional crime and violence is echoed in conservative media, but is not borne out by facts or data.

While Trump was trying to say he speaks for everyone, his real audience may have been congressional Republicans who are starting to feel the political pressure as the partial shutdown drags on. Three Senate Republicans have said they want the government back open, and Vice President Pence was on Capitol Hill on Tuesday meeting with House Republicans.

4. Instead of being empathetic to federal workers, he insisted this is what they want

If the partial shutdown continues through the end of the week, hundreds of thousands of federal workers are going to miss their first paycheck since the stalemate began in late December. So, the pain is going to be felt more strongly soon.

Trump Pushes For Wall Amid Shutdown, Says There's 'A Crisis Of The Heart' At Border

But Trump did not speak directly to those workers or show any degree of empathy for them. Instead, he argued, "This barrier is absolutely critical to border security. It's also what our professionals at the border want and need."

5. Trump did OK with the "optics," but that's not the most important thing

Style is always the thing a lot of people talk about first when looking at a presidential address. And there are few people who don't like the president who will believe he did a good job in any way.

But there were a lot of questions about how this president would do in an Oval Office address, a venue a lot of past presidents have struggled in. Trump was able to make and read his argument without much of a hitch, though it was a very dark speech. (In a tweet late Tuesday, the president seemed to almost congratulate himself, saying to his millions of followers: "Thank you for soooo many nice comments regarding my Oval Office speech. A very interesting experience!") But appearances matter far less than the substance, and Tuesday night's address seemed to move the substantive debate — over a Southern border wall and border security more broadly — forward very little.

6. Democrats are focused on ending the shutdown, while Trump is focused on the wall 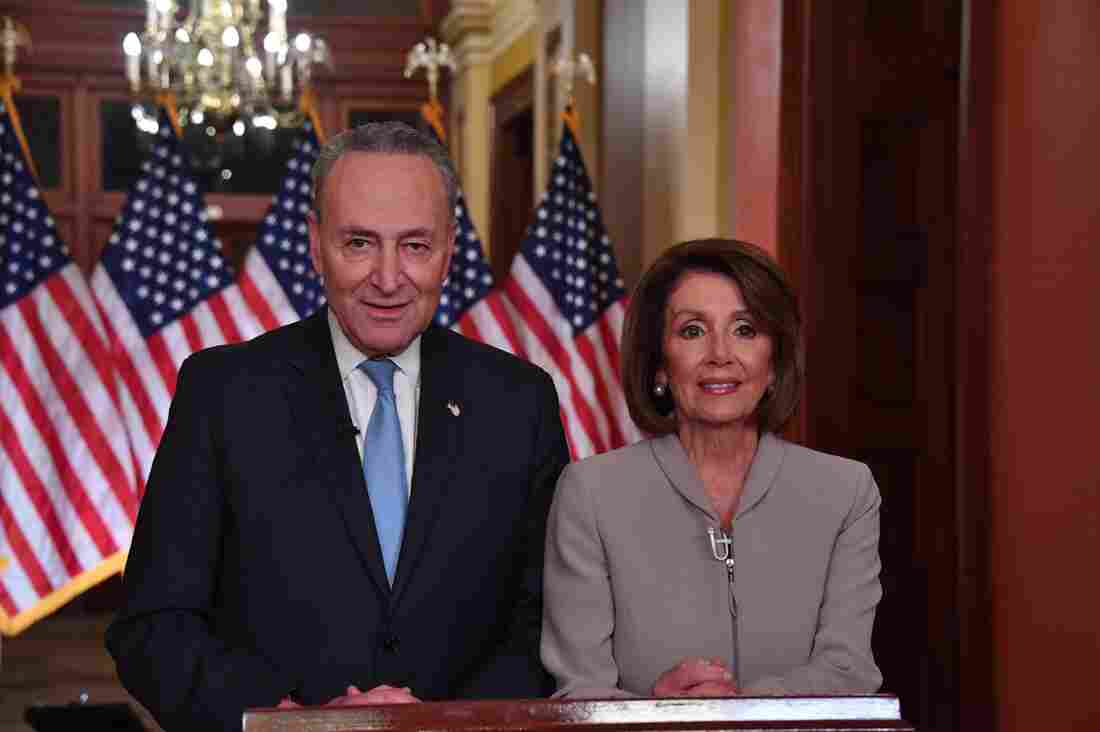 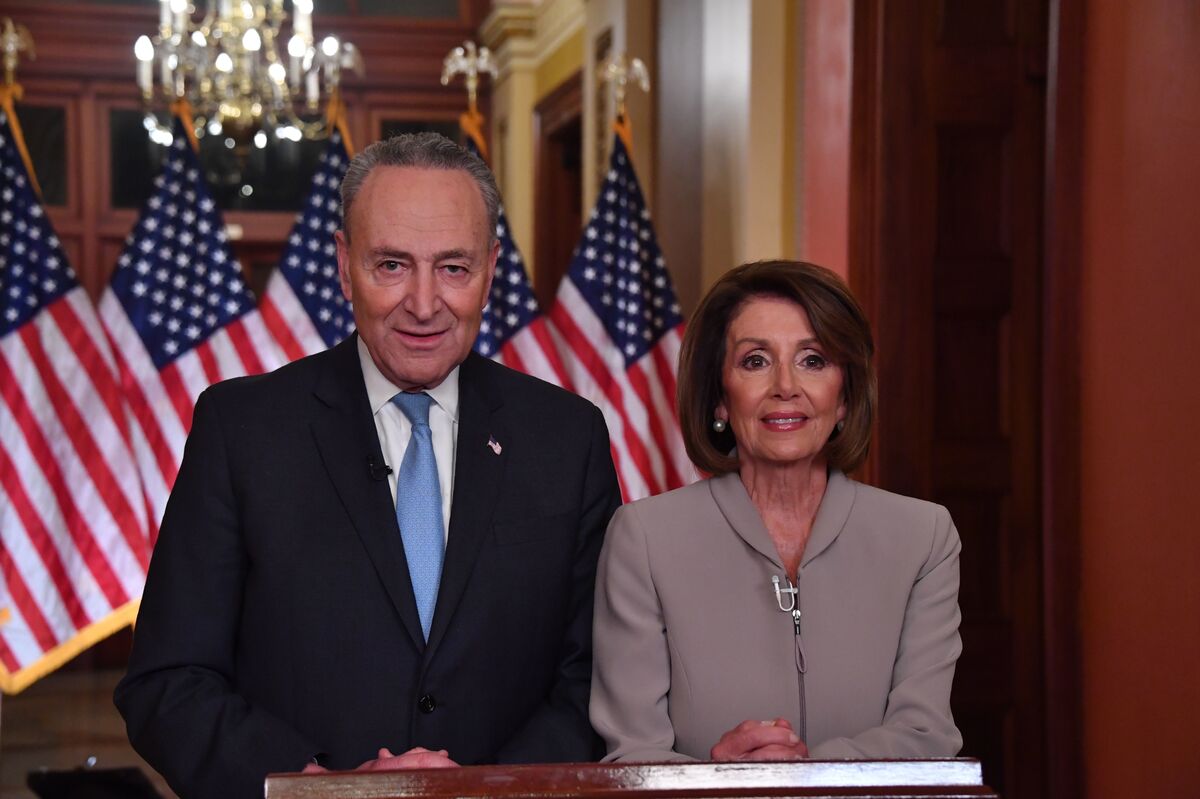 It's rare that the opposition party would deliver a response to an Oval Office address. That's usually left to State of the Union addresses. But Tuesday night, House Speaker Nancy Pelosi, D-Calif., and Senate Minority Leader Chuck Schumer, D-N.Y., were allotted time after the president spoke. They noted that they are in favor of border security, but they made it clear that they're focused on ending the partial shutdown.

"The fact is," Pelosi said, "President Trump has chosen to hold hostage critical services for the health, safety and well-being of the American people and withhold the paychecks of 800,000 innocent workers across the nation – many of them veterans." Schumer ended the address imploring Trump to "end this shutdown now."

7. Is a national emergency declaration the only way out?

It's unclear what happens next, with Trump and Democrats living in different universes when it comes to immigration and border security. The president opted not to threaten or declare a national emergency Tuesday night, but could it — with all of its risks – be the only play the president has left?

That would entail him signing legislation to fund the Cabinet departments and agencies that are closed and it would give him the chance to tell his base that at least he fought as hard as he could to get Congress to act. Of course, such a declaration would end up being challenged in the courts and may be why the president chose not to go there Tuesday.