Accessibility links
Rod Rosenstein's Expected Exit Gets Closer As William Barr Visits Hill Deputy Attorney General Rod Rosenstein has been on shaky political ground for months, but there is no specific plan for his departure. William Barr's confirmation hearing is next week. 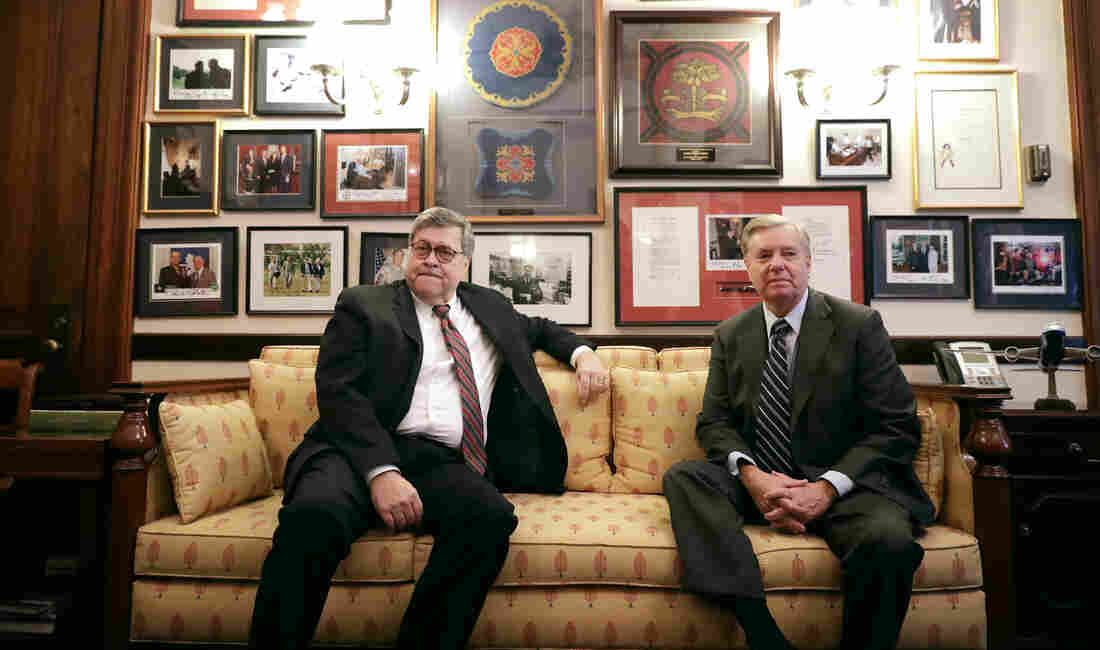 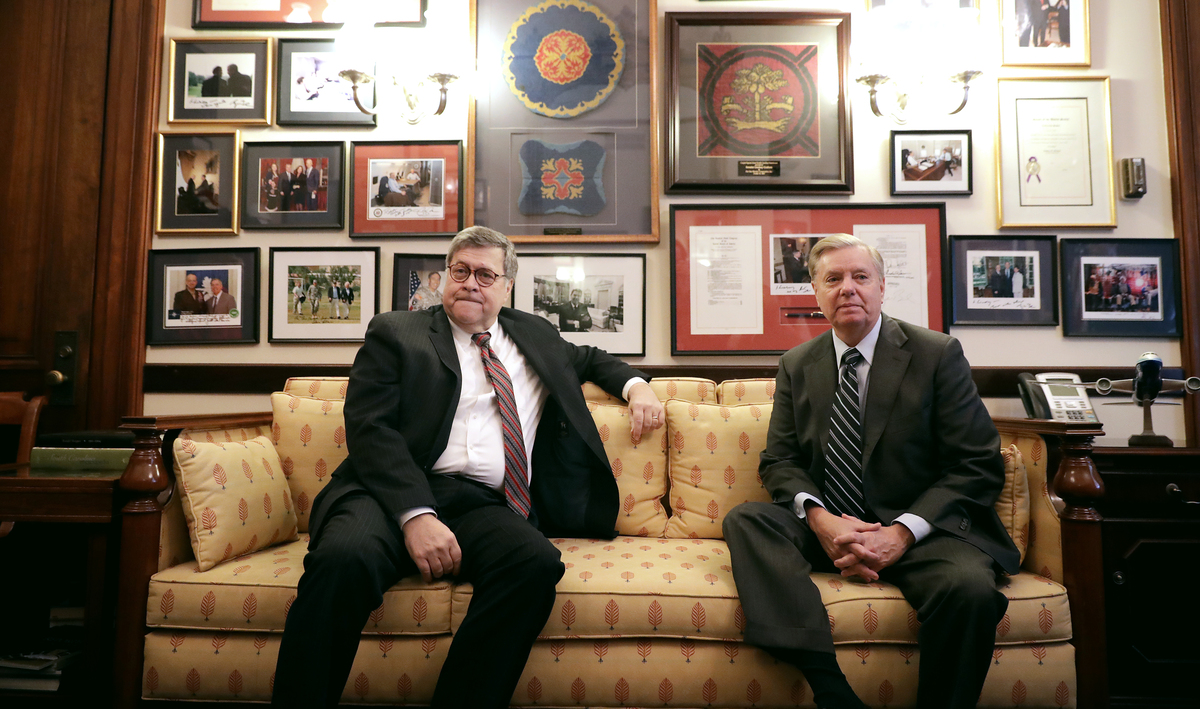 President Trump's nominee to become the next attorney general began his round of visits to Capitol Hill on Wednesday as Washington prepared for a changing of the guard at the Justice Department.

William Barr was scheduled to meet with at least three key Senate Judiciary Committee Republicans ahead of his confirmation hearing scheduled for next week.

Grassley told reporters on Wednesday morning that Barr's experience — he served as attorney general under President George H.W. Bush — "ought to make his nomination very easy this time."

Topping the agenda for many members of Congress is the Russia investigation being undertaken by Justice Department special counsel Robert Mueller.

Graham said that Barr and Mueller are friends and that Barr assured him that if he's confirmed for the top Justice Department position that he would not interfere with Mueller's work.

Democrats nonetheless are expected to question Barr sharply about the skepticism he has voiced about the Russia investigation.

Barr submitted a memo to the Justice Department last year that argued the law doesn't support an inquiry into whether Trump may have obstructed justice if he tried to frustrate the Russia investigation. Barr also has criticized special counsel Robert Mueller's office in the press.

"Barr must commit to supporting special counsel Mueller's investigation and allowing him to follow the facts," said Sen. Dianne Feinstein, D-Calif., the ranking member of the Judiciary Committee, when Barr's nomination was announced. "He must also commit to resisting political pressure placed on the Justice Department."

Other Democrats on the panel may call for Barr to recuse himself outright from the Russia investigation, the way then-Attorney General Jeff Sessions did.

Senate Minority Leader Chuck Schumer, D-N.Y., went so far as to call for Trump with withdraw Barr's nomination on Wednesday. That appears unlikely.

Whitaker also was critical or skeptical about the special counsel investigation. Democrats in the House want to question him about how he has been dealing with the White House and Mueller's office.

House Judiciary Committee Chairman Rep. Jerry Nadler, D-N.Y., sent a letter to Whitaker on Wednesday that asked him to appear by Jan. 29.

End of the road for Rosenstein?

The ongoing management of the special counsel's office, however, has remained with the man who commissioned it: Deputy Attorney General Rod Rosenstein, the Justice Department has said.

Barr's confirmation is expected to bring a change there when Rosenstein steps down at some point after Barr is confirmed so that he can select his own deputy.

Sources at the Justice Department say that although Rosenstein is expected to depart once Barr is in place, there isn't a specific plan or schedule in place that establishes dates or structure for that.

Rosenstein has likely been serving on borrowed time since a New York Times report in September that described conversations he had with people inside the Justice Department early in his tenure.

Rosenstein was said to have discussed removing Trump from office or secretly recording conversations with him; he said he never authorized any action after those conversations, but Justice Department sources said he expected to be fired.

All along, Mueller's investigation has continued, but it isn't clear to anyone outside a handful of select leaders how much longer it may run or with what effect — and consequently, what kind of effect the transition from Rosenstein to Barr might have.

A federal judge in Washington, D.C., last week renewed the mandate of the grand jury that has been working with Mueller since the summer of 2017, suggesting investigators have more witnesses to interview or subpoenas to request.

Rosenstein himself has sought to allay fears about the effect of any one leader on the workings of the Justice Department generally and the Russia investigation specifically.