Accessibility links
Review: In 'Buffalo Boys,' The American West Comes To Indonesia Two cowboys who left Singapore for the American West return home to avenge the death of their father in this giddy, fast-paced B-movie. 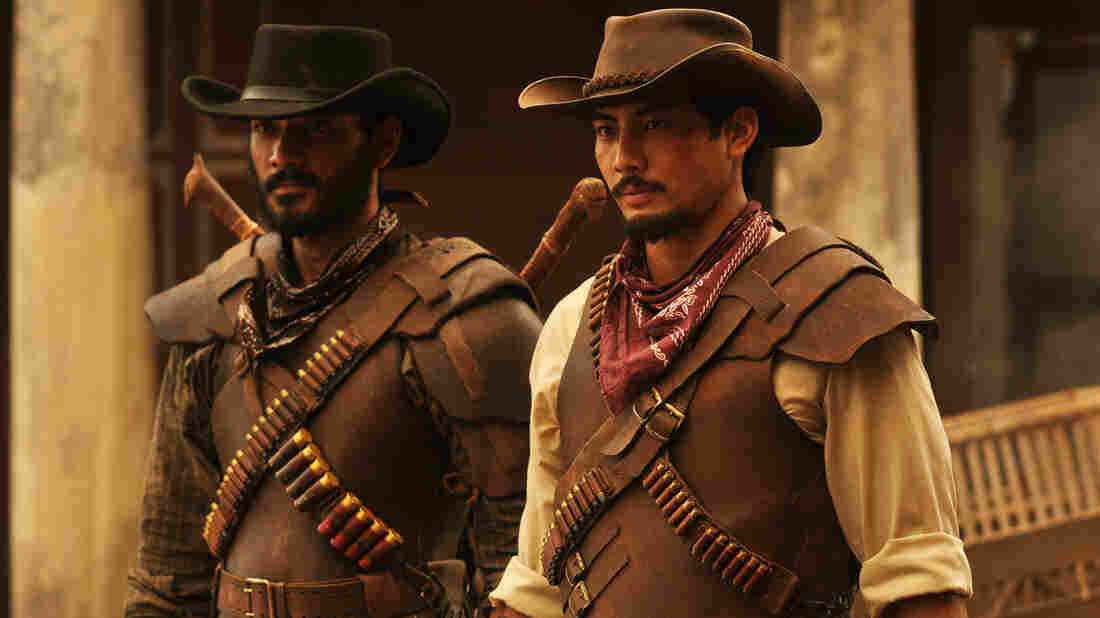 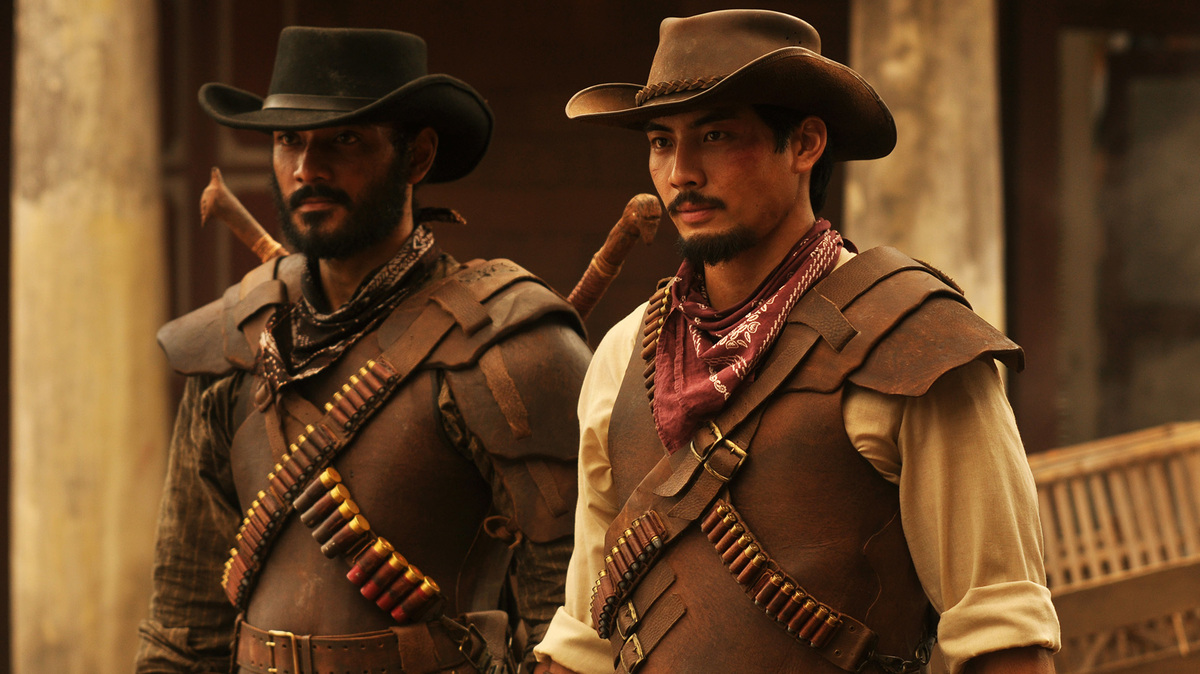 The Western rejects the West in Buffalo Boys, a postcolonial B-movie in which two Indonesian brothers use an assortment of pistols, blades and livestock to defend their nation from their Dutch oppressors. This 19th-century genre mashup can be giddy fun, though it's a good deal more mindless than its historical context would have you believe.

Made by a Singaporean production company, the film was Singapore's submission to this year's Best Foreign-Language Film category at the Oscars. And it makes no qualms about its American influences, which renders its message of trying to reclaim a cultural narrative a bit muddled.

Our heroes are the charismatic but interchangeable Suwo (Yoshi Sudarso) and Jamar (Ario Bayu), orphaned warrior-savants who have grown up laboring on the Transcontinental Railroad somewhere in the American West. Under the guidance of their sage uncle Arana (Tio Pakusadewo, The Raid 2), the brothers are called back to their native Java to avenge the death of their sultan father at the hands of Dutch colonizers. The particulars of what they were up to in the intervening years are largely ignored, and they slip easily from English to Indonesian upon their arrival to demonstrate their ease with moving between worlds.

The brothers wind up in a sleepy village that's being terrorized by thugs working for the psychotic officer Van Trach (Reinout Bussemaker), who's forced the farmers to burn their rice crops and plant the far more lucrative opium instead. It's the familiar Western tale of the lone gunmen aiding a one-saloon town overrun with thieves and lowlifes, handily adapted here into an anti-imperialist revenge fantasy. Surprising, or maybe not, how little effort that switcheroo takes.

First-time director Mike Wiluan, the son of an Indonesian oil tycoon, is planting the crops for profitable popcorn entertainment across Asia. He's already reimagined his film as Grisse, an HBO Asia action series also set in the Dutch East Indies. Wiluan calls his franchise a "nasi goreng Western," after the Indonesian stir-fried rice dish: borrowing the tropes and mixing in a few of his own. That means moving the action at a brisk pace, too brisk to sort out its own jittery plot or do much of anything with its women except use them as trophies for heroes and villains alike. (That much is in keeping with the genre staple, too.) And the film ascribes no meaning to Suwo and Jamar's American upbringing, shooing them back to Java after only a single train fight and nary speaking of it again. That's hardly enough time to learn how to twirl your pistol before shoving it back into your holster.

Wiluan has certainly done his homework on genre signposts. The climax, with its buffalo-riding vigilantes blowing up the baddies in the town square, comes chock-full of Wilhelm screams and Sergio Leone eyeballs. But the homages come at a cost when it comes to a different kind of authenticity: Indonesia itself. Jakarta Globe critic Dhania Sarahtika has noted the tacky, nondescript setting ("Which part of Java is the film set, exactly?"), and the worst crime of all: an unimaginative use of buffalo.

Wiluan also co-produced Crazy Rich Asians, which successfully sold Versailles-level opulence as feel-good national self-worth. Likewise, Buffalo Boys churns out a slick, neatly packaged tale of cultural independence that doesn't celebrate anything nearly as much as its ability to be profitable. But Sudarso and Bayu are charming. The action scenes are well-choreographed, with fewer resources than a typical film of this genre gets in America. And at only 102 minutes, the film doesn't overstay its welcome. At much more of this, the buffalo wouldn't be the only ones roaming.