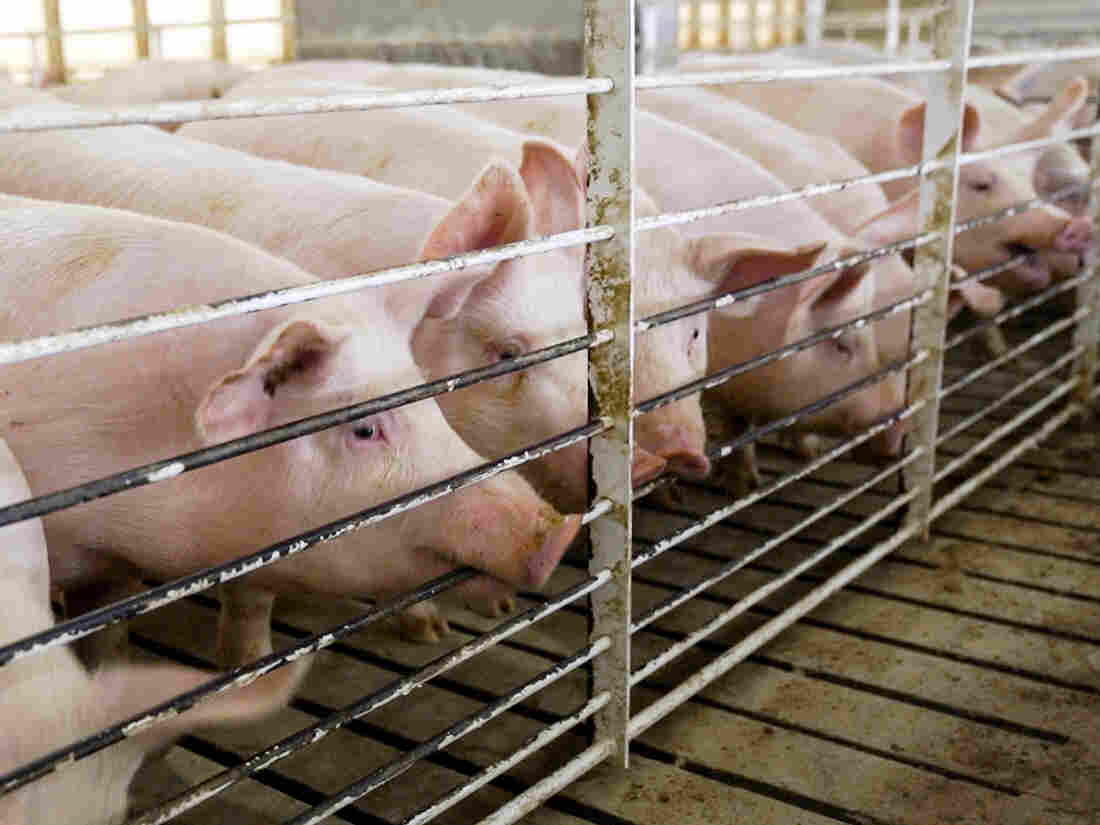 Pigs stand in their shed in a farm in Iowa. A judge Tuesday threw out a law banning undercover investigations in Iowa agricultural facilities. Nati Harnik/AP hide caption 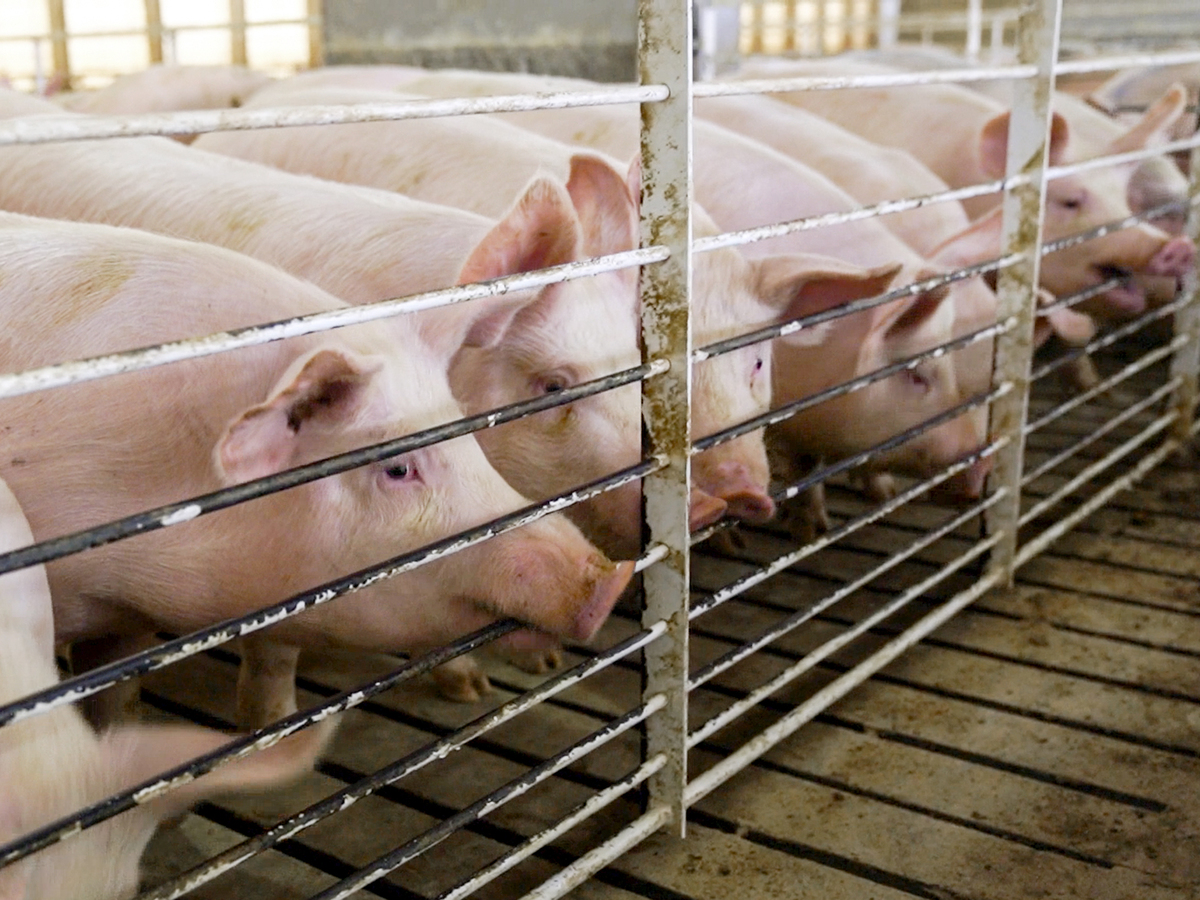 Pigs stand in their shed in a farm in Iowa. A judge Tuesday threw out a law banning undercover investigations in Iowa agricultural facilities.

A federal judge in Iowa says it's no longer a crime to go undercover at factory farms, slaughterhouses and any other ag-related operations. The 2012 law was a clear violation of the First Amendment, the judge said.

The Animal Legal Defense Fund, one of the plaintiffs in the case, called the ruling "a win for free speech and animal protection."

"Ag-Gag laws are a pernicious attempt by animal exploitation industries to hide some of the worst forms of animal abuse in the United States," ALDF Executive Director Stephen Wells said in a statement. "Today's victory makes it clear that the government cannot protect these industries at the expense of our constitutional rights."

"It was never the intent of farmers to infringe on others' constitutional rights," the Iowa Pork Producers Association said, as reported by the Des Moines Register. "We were relying on the courts to help us protect our rights to lawfully conduct our businesses and care for our animals."

Gritzner cited multiple undercover investigations of Iowan industrial farms, which found workers had thrown pigs against the floor, or burned off the beaks of hens without painkillers. At least some of those investigations were carried out by people who took the jobs in order to expose mistreatment of animals, Gritzner said.

The Iowa Legislature began considering passage of the law, making it illegal for anyone to obtain access to an agricultural production facility "by false pretenses." This effectively criminalized all undercover operations by journalists and activists. Indeed, "no undercover investigations had taken place in Iowa since the law was approved," The Associated Press reported.

Iowa is not the only state that has passed a law criminalizing the undercover investigations of farms. Similar laws in Idaho and Utah have also been overturned, NPR has reported.

Iowa lawmakers said the law responded to two concerns of the agricultural industry: facility security, and reputational harms that can accompany investigative reporting. "What we're aiming at is stopping these groups that go out and gin up campaigns that they use to raise money by trying to give the agriculture industry a bad name," then-state Sen. Tom Rielly said at the time.

Opponents of the law argued that lawmakers were undermining the protections offered to journalists by the First Amendment. However, Iowa lawmakers said the law was enacted to defend the private property rights of Iowans who own agricultural facilities.

The question before the judge was whether lying — in this case, taking a job under false pretenses — is protected by the First Amendment. In the circumstances here, he ruled, lies are protected. "To some degree, the concept of constitutional protection for speech that is false may be disquieting," Gritzner wrote. However, he said, quoting the U.S. Supreme Court, "the Nation well knows that one of the costs of the First Amendment is that it protects the speech we detest as well as the speech we embrace."

The First Amendment protects false statements, said Gritzner, "whether they be investigative deceptions or innocuous lies."