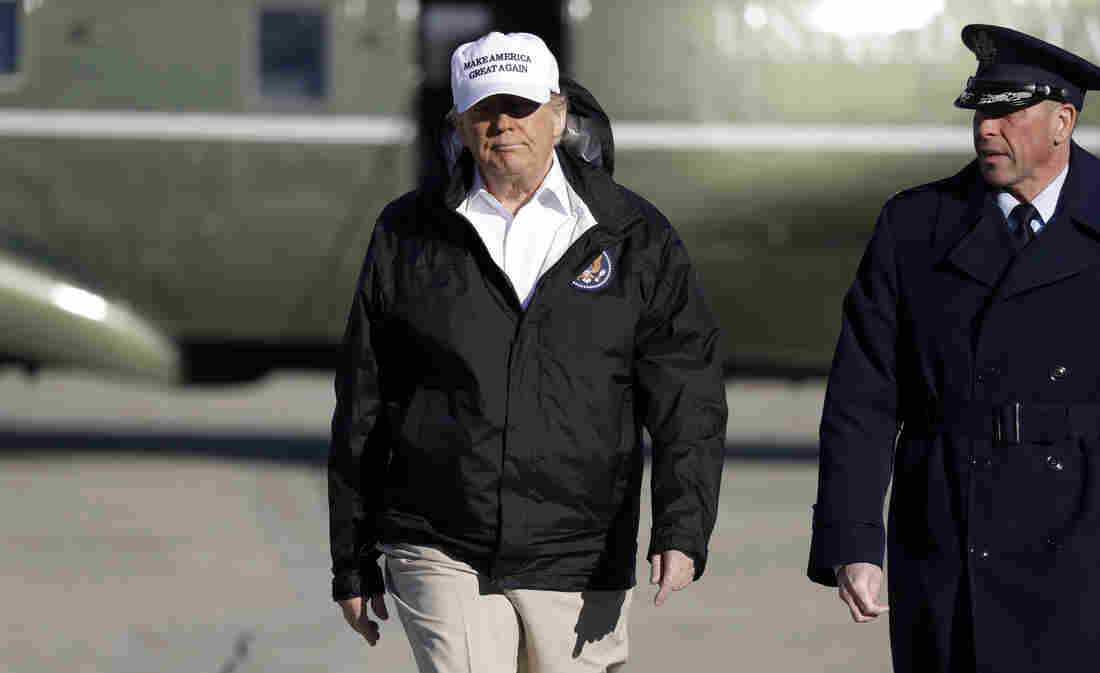 President Trump walks to board Air Force One for a trip to the Southern border on Jan. 10, 2019, in Andrews Air Force Base, Md. Evan Vucci/AP hide caption 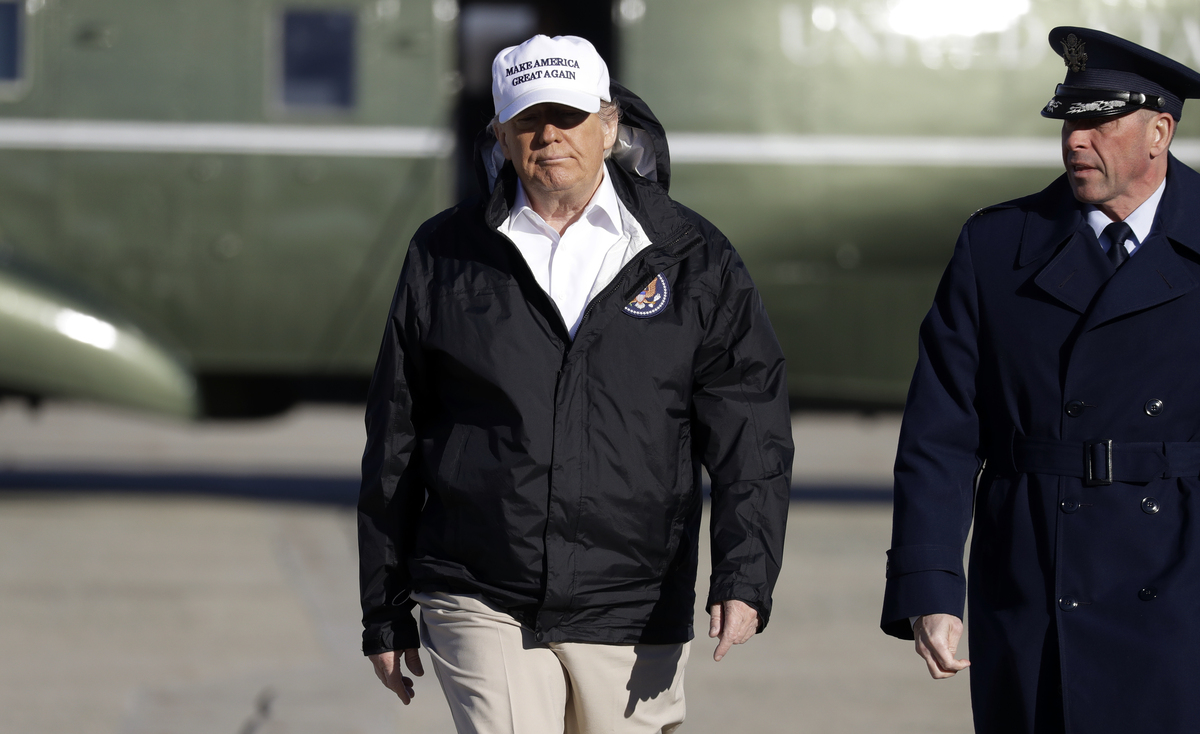 President Trump walks to board Air Force One for a trip to the Southern border on Jan. 10, 2019, in Andrews Air Force Base, Md.

President Trump declared a "national emergency" along the U.S. border with Mexico XXXXX DAY, in an effort to sidestep Democratic opposition to his proposed $5.7 billion border wall.

Trump's decision comes after the partial government shutdown has gone on more than a month — the longest ever in U.S. history. The president has continued to insist any deal must include funding for a border wall, while congressional Democrats have remained unified in opposition.

The emergency declaration is designed to activate special powers, allowing the president to redirect federal money to construction projects without getting a green light from Congress. Since he no longer needs those lawmakers' votes, Trump has no incentive to prolong the shutdown as a bargaining chip.

The audacious move is almost certain to face legal challenges. But it could offer a face-saving way out of the spending stalemate that's shuttered parts of the federal government since Dec. 22, and forced hundreds of thousands of federal workers to go without pay.

White House attorneys have been preparing for this move for weeks, although Trump initially held off, saying he preferred to reach a negotiated deal with Democrats.

"I would like to do the deal through Congress," Trump told reporters on Jan. 10. "I have the absolute right to declare a national emergency. The lawyers have so advised me. I'm not prepared to do that yet. But if I have to, I will."

On Jan. 24, two proposals — one backed by Trump and the other backed by Democrats — failed in the Senate. The short-term Democratic proposal did not include funding for the wall.

The votes followed a bout of tension between the president and Democratic leadership. After initially inviting Trump to give the State of the Union address in the House chamber on Jan. 29, Pelosi later urged him to postpone it amid the shutdown. Trump pushed back but then ultimately relented after Pelosi more explicitly said that lawmakers would not consider the resolution authorizing him to appear.

"[There] is no venue that can compete with the history, tradition and importance of the House Chamber," the president tweeted on Jan. 23. "I look forward to giving a 'great' State of the Union Address in the near future!"

With Congress so far unable to move forward with a deal, Trump now seems prepared to act himself to get the wall funding, despite any near-certain legal pushback. Trump has justified the emergency declaration by pointing to what he calls a humanitarian and national security crisis at the border.

Many of these claims are exaggerated. Illegal border crossings in the most recent fiscal year (ending in September 2018) were actually lower than in 2016 or 2014, and much lower than at their peak around 2000, though there has been a spike in crossings in the past few months.

Many of today's border-crossers are families from Central America seeking asylum — something they could do with or without a border wall. In addition, the Drug Enforcement Administration says most illicit drugs smuggled from Mexico come through legal ports of entry.

Nevertheless, the president has broad power to decide when and where a national emergency exists.

"Declaring the emergency is pretty easy," said Elizabeth Goitein, co-director of the Liberty and National Security Program at the Brennan Center for Justice. "There aren't a lot of legal limits on his ability to do that, frankly, even if there isn't a real emergency happening."

Trump's move is sure to face opposition.

"It's a spectacularly bad idea, a complete waste of money," said Rep. Adam Smith, D-Wash., chairman of the House Armed Services Committee. "The only emergency we have on the border right now is people seeking asylum. And people seeking asylum are not trying to sneak in. They're turning themselves in and asking for a hearing."

Some Republicans have also raised concerns about the diversion of money from other accounts and the loss of congressional control of the purse strings.

Rep. Mac Thornberry, R-Texas, the top Republican on the Armed Services Committee, supports a border barrier but said lawmakers should have a say in how it's paid for.

"It should be funded with money designated for that purpose," Thornberry said in a statement.

Goitein argued that resorting to such emergency powers in the midst of a standoff with lawmakers could be considered an abuse of power.

"Emergency powers are intended to be used for emergencies," she said. "Not to settle political disputes or to shortcut the political process."