Accessibility links
Border Patrol Agent Pleads Not Guilty To Killing 4 Women Juan David Ortiz, a supervisor in the U.S. Border Patrol, killed the women believed to be sex workers because he wanted to "clean the streets," prosecutors say. 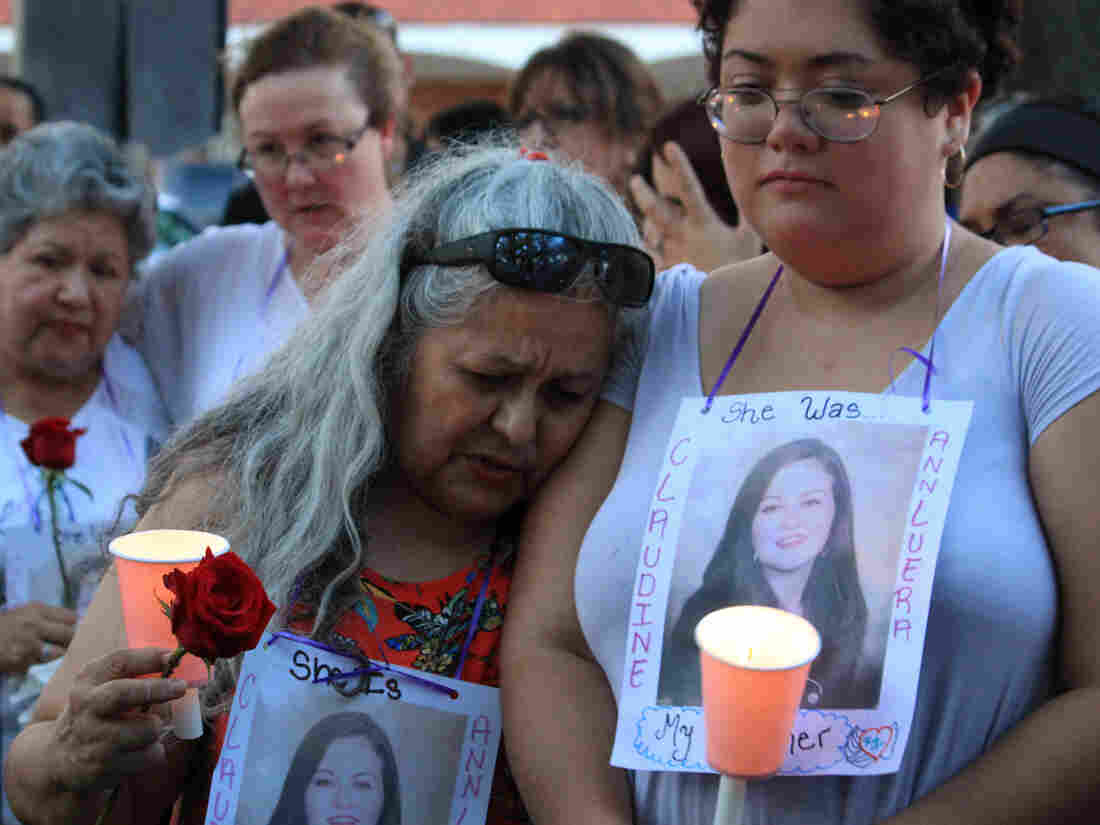 Family and friends of the four slain women gathered for a candlelight vigil at a park in downtown Laredo, Texas, in September. Juan David Ortiz has pleaded not guilty to charges of capital murder. Susan Montoya Bryan/AP hide caption 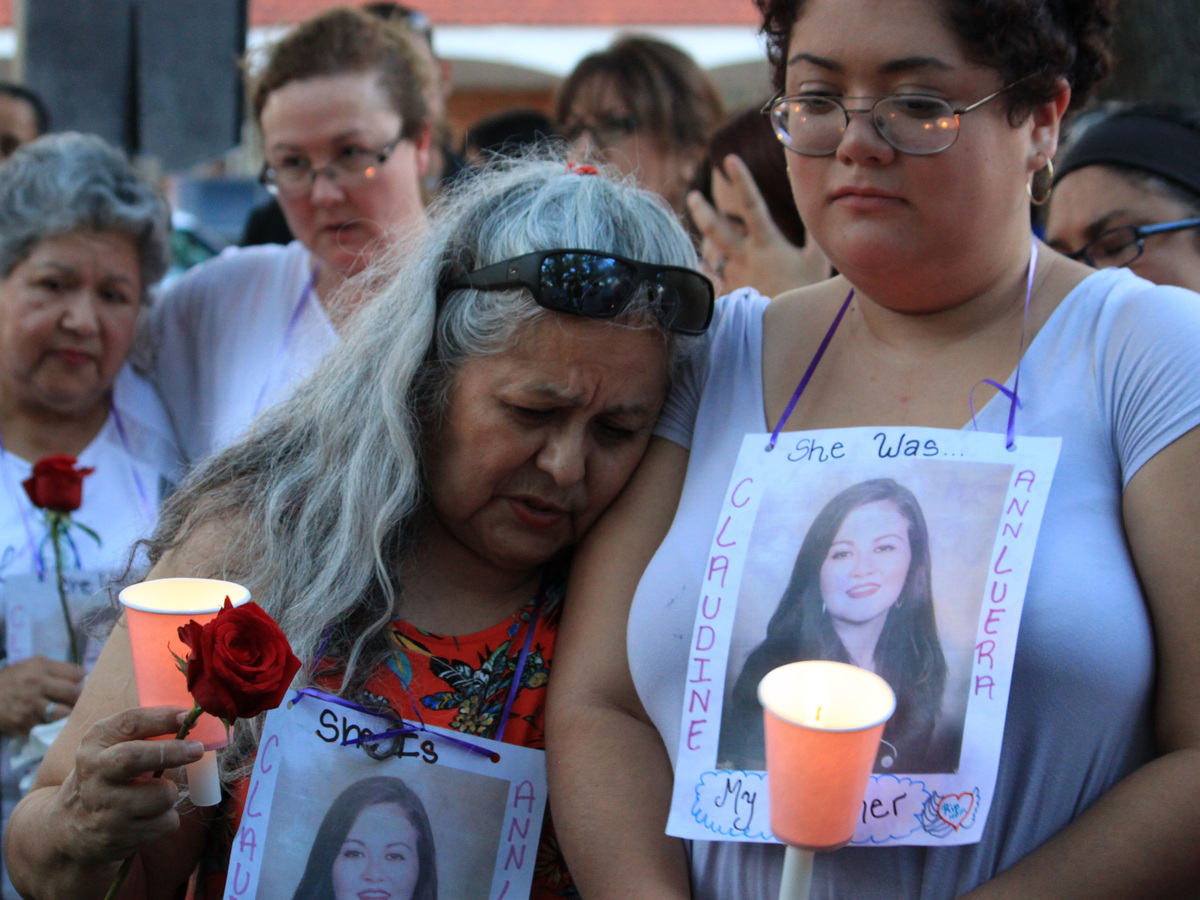 Family and friends of the four slain women gathered for a candlelight vigil at a park in downtown Laredo, Texas, in September. Juan David Ortiz has pleaded not guilty to charges of capital murder.

Juan David Ortiz, a U.S. Border Patrol agent, pleaded not guilty Thursday to capital murder in the deaths of four women, The Associated Press reports. His "killing spree" might have continued, prosecutors say, had they not caught a "lucky break" when a fifth kidnapped woman escaped and contacted authorities.

Prosecutors say that Ortiz thought it was his duty to clean up the streets of Laredo, a border town in Southwest Texas. So he began picking up alleged sex workers, driving them to remote areas, and then shooting them in the head, prosecutors say.

"He deemed them to be the scum of the earth, and he wanted to move forward and clean the streets of these types of people," Webb County District Attorney Isidro Alaniz said at a news conference last month announcing the charges.

Ortiz thought law enforcement wasn't doing enough to stop prostitution in Laredo, so he believed he was "doing a service" by killing the women, Ortiz said. Prosecutors are seeking the death penalty because Ortiz's "vigilante mentality" presents a "future danger to society." Authorities say he confessed to the killings, NPR has reported.

Ortiz's not-guilty plea came on the same day President Trump visited the border down of McAllen, Texas, a few hours south of Laredo. Trump, who visited a Border Patrol station and held a roundtable discussion with local officials, was there to make his case for a wall, NPR reported.

Ortiz, who worked as a Border Patrol supervisor by day, was off-duty and driving his own truck when the attacks took place, NPR has reported. "As law enforcement was looking for the killer ... he would be reporting to work every day like normal."