Accessibility links
Polish Police Arrest Huawei Executive On Suspicion Of Spying For China Poland has evidence that a Huawei sales director and a Polish citizen "cooperated with the Chinese services," according to a spokesman for Poland's special services branch. 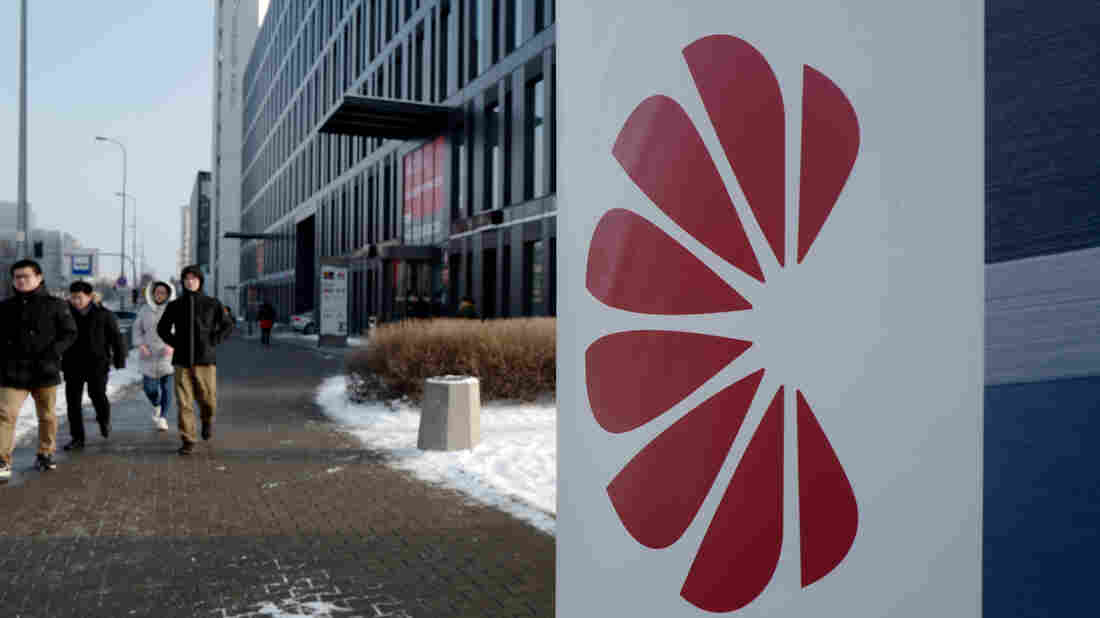 Poland's Internal Security Agency accuses Huawei's sales director in Poland of spying on behalf of China, arresting the Chinese citizen along with one other man. Here, people walk by Huawei's offices in Warsaw on Friday. Kacper Pempel/Reuters hide caption 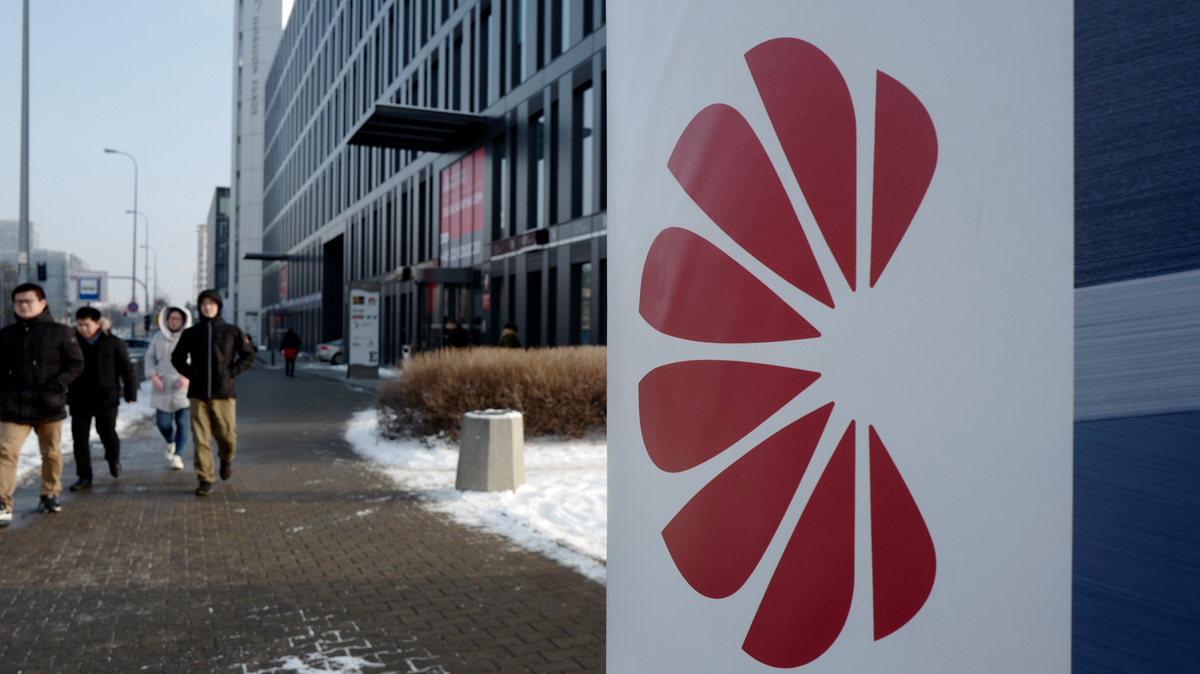 Poland's Internal Security Agency accuses Huawei's sales director in Poland of spying on behalf of China, arresting the Chinese citizen along with one other man. Here, people walk by Huawei's offices in Warsaw on Friday.

Poland's Internal Security Agency has arrested and charged an executive of Chinese tech giant Huawei on suspicion of spying for China. A government spokesman identified the suspect as Weijing W.; media reports in Poland and China say he also is known as Stanislaw Wang, Huawei's sales director in Poland.

In a coordinated arrest Tuesday, authorities also detained and charged a Polish citizen named Piotr D. who works for the telecom company Orange Polska. He is a former Internal Security Agency official, according to Poland's TVP Info, which first reported the story.

The government has evidence that the two suspects "cooperated with the Chinese services" as they conducted espionage against Poland, according to Stanislaw Zaryn, spokesman for the special services branch, in a tweet about the case.

A federal court has ruled the men can be held for three months as the case is investigated. If convicted, the pair could face up to 10 years' imprisonment.

It's the latest high-profile criminal case involving Huawei, coming after the arrest in Canada of its chief financial officer Meng Wanzhou, who is also the daughter of the telecom equipment company's founder. Meng was detained at the request of the U.S. on suspicion that she had been seeking to circumvent sanctions on Iran. The U.S. has also been pushing to try to curtail Huawei's influence, warning about the company's possible ties to Chinese intelligence and calling on countries to exclude the company as they build new 5G networks.

In a statement to NPR, a spokesperson for Orange Polska says, "On Tuesday, the ABW (Internal Security Agency) officials conducted actions, as a result of which, we handed over belongings of one of our employees. We have no knowledge if there is any relation of these actions to his professional duties. We are at ABW disposal and we are ready to provide any information that they request."

Wang is a graduate of the Beijing University of Foreign Studies who formerly worked in China's consulate in Gdansk, Poland, according to his LinkedIn page. He was Huawei Polska's PR director for government and media relations for more than five years before becoming its sales director in 2017.

Piotr D. was an officer in the Internal Security Agency until 2011, according to TVP Info, which says he was an adviser to the head of the special service who also had expertise about the network Poland's government uses to share sensitive information.

China's embassy has reached out to offer consular services to Wang, according to the South China Morning Post, which adds, "China's foreign ministry expressed grave concerns over the incident."

Last spring, Huawei surpassed Samsung to become Poland's top smartphone supplier, with more than a third of the market, as China.org reported.