Accessibility links
Canada Grants Asylum To Saudi Woman Who Fled Her Family Rahaf Mohammed Alqunun is reportedly en route from Thailand to Canada. The 18-year-old was granted refugee status by the U.N. after she alleged abuse by family members. 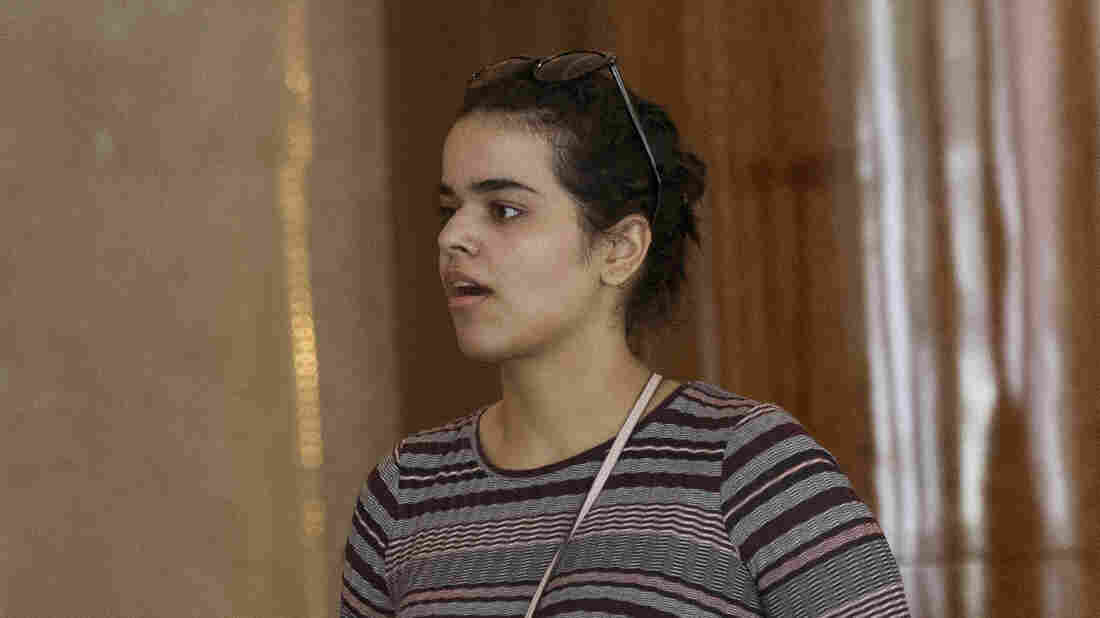 Rahaf Mohammed Alqunun is said to have boarded a plane Friday in Bangkok en route to Canada, where she has been granted asylum. Sakchai Lalit/AP hide caption 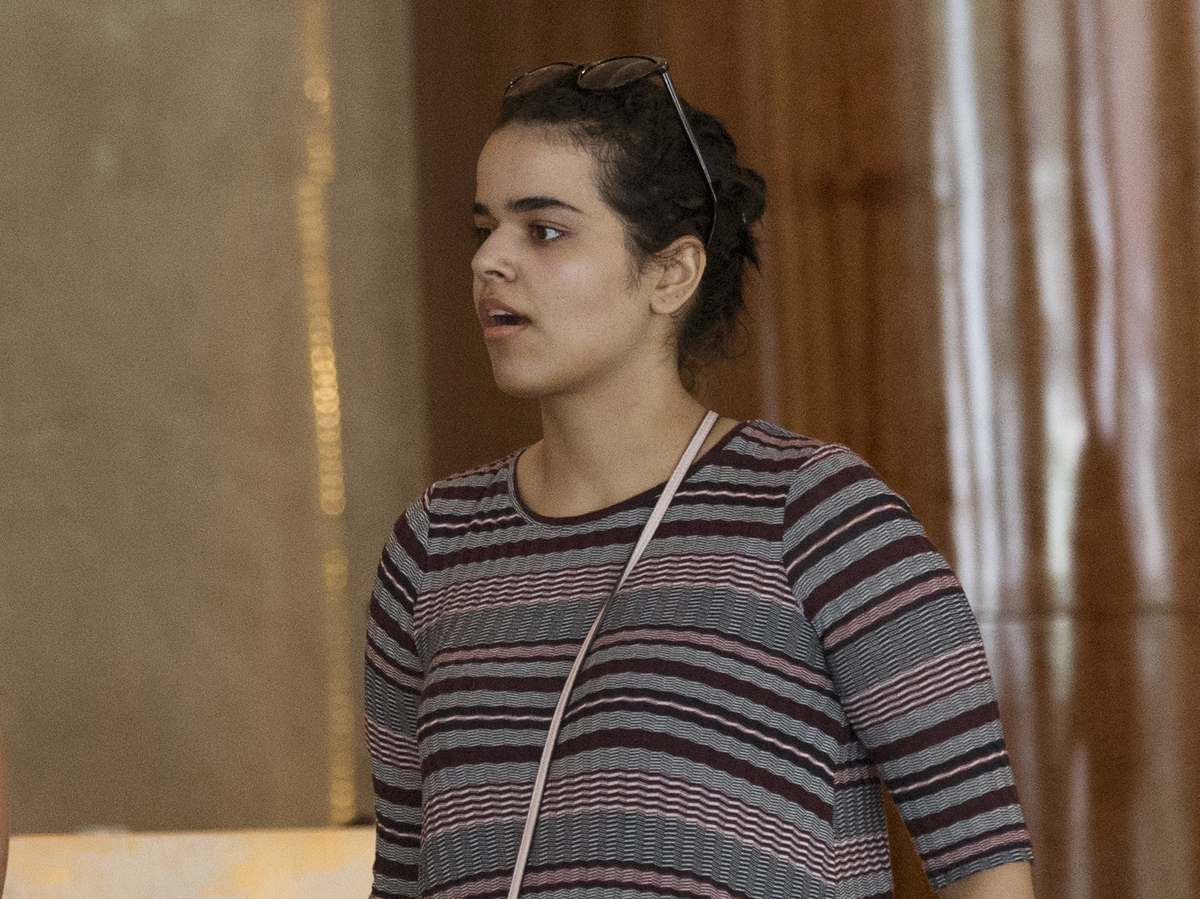 Rahaf Mohammed Alqunun is said to have boarded a plane Friday in Bangkok en route to Canada, where she has been granted asylum.

Canada has granted asylum to the 18-year-old Saudi woman who barricaded herself in a Bangkok hotel room after escaping what she called abuse and oppression by family members.

"The UNHCR has made a request of Canada that we accept Ms. Alqunun as a refugee, and we have accepted the U.N.'s request that we grant her asylum," Prime Minister Justin Trudeau told reporters Friday, referring to the office of the U.N. High Commissioner for Refugees.

BREAKING: @JustinTrudeau confirms Canada will grant asylum to Rahaf al-Qunun, an 18-year-old Saudi teenager who said she is fleeing abuse from her family. #cdnpoli

Rahaf Mohammed Alqunun has boarded a plane in Bangkok and was expected to fly to Canada, Thai immigration police told The Associated Press on Friday. Australia had said it was considering whether to offer her asylum, but a UNHCR spokesman hinted in an email to NPR that Ottawa moved more quickly.

"When referring cases with specific vulnerabilities who need immediate resettlement, we attach great importance to the speed at which countries consider and process cases," Babar Baloch wrote.

Amid Spat With Saudis, Trudeau Vows That Canada 'Will Always Speak Strongly'

Alqunun had been on vacation with her family in Kuwait earlier this month when she ran away and took a flight to Bangkok, NPR reports. She landed Saturday and planned to fly from there to Australia.

In Bangkok, Thai agents stopped Alqunun at the airport and seized her passport. Alqunun hid in a transit lounge hotel room and began tweeting in Arabic about her plight.

"I'm the girl who ran away to Thailand. I'm now in real danger because the Saudi embassy is trying to force me to return," she wrote in her first tweet.

"I'm not leaving my room until I see UNHCR [the U.N. refugee agency]," she said in a video statement. "I want asylum."

She said she suffered physical abuse at the hands of family members and alleged they had tried to marry her off against her will. Alqunun's family so far hasn't commented publicly on the accusations.

Her tweets attracted the attention of the U.N., the Australian government and reporters. The UNHCR granted her refugee status, and Australia's Department of Home Affairs told NPR that Australia would "consider this referral [for refugee resettlement] in the usual way, as it does with all UNHCR referrals."

Alqunun temporarily disabled her Twitter account due to death threats, according to a friend. It was reinstated as of late Friday, and she posted photos of herself holding her green Saudi passport aboard a flight.

"3rd country," she wrote, apparently referring to Canada. "I did it."

Saudi Arabia maintains a male guardianship system. Every Saudi woman is required to have a male relative – such as a father, uncle or even son – who approves major life decisions like marriage, work, study and travel. Last year, Saudi Arabia gave women the right to drive, but then arrested more than a dozen women activists who had pushed for the right, NPR's Deborah Amos reports.

Alqunun's case recalls another woman who tried to escape Saudi Arabia, as NPR's Sasha Ingber has reported. Dina Ali Lasloom fled from Kuwait to the Philippines in 2017. She, too, used social media in a bid to reach Australia. Instead, she was dragged onto a plane from Manila to Riyadh, her mouth taped shut and her arms and legs bound, according to The New York Times.

Canada's granting of asylum to Alqunun may add to tensions with Saudi Arabia. Riyadh expelled Canada's ambassador last year and recalled its own top diplomat in Ottawa after Canadian Foreign Minister Chrystia Freeland criticized the jailing of two Saudi women activists. Saudi Arabia also banned more than 10,000 of its students from returning to college in Canada and said its national airline would stop flying to Toronto, NPR's Jackie Northam reports. Asked whether accepting Alqunun will further strain that relationship, Trudeau stood firm.

"Canada has been unequivocal that we will always stand up for human rights, and women's rights around the world," the prime minster said. "This is part of a long tradition of Canada engaging constructively and positively in the world and working with our partners, allies and with the United Nations."