Accessibility links
Gospel And Black Church Communities Grapple With The Allegations Against R. Kelly Despite allegations of sexual abuse, the musician still has defenders in the gospel music industry. NPR's Scott Simon talks with writer Candice Benbow, who says it's time for leaders to speak up.

Listen · 5:02 5:02
Gospel And Black Church Communities Grapple With The Allegations Against R. Kelly 5:02 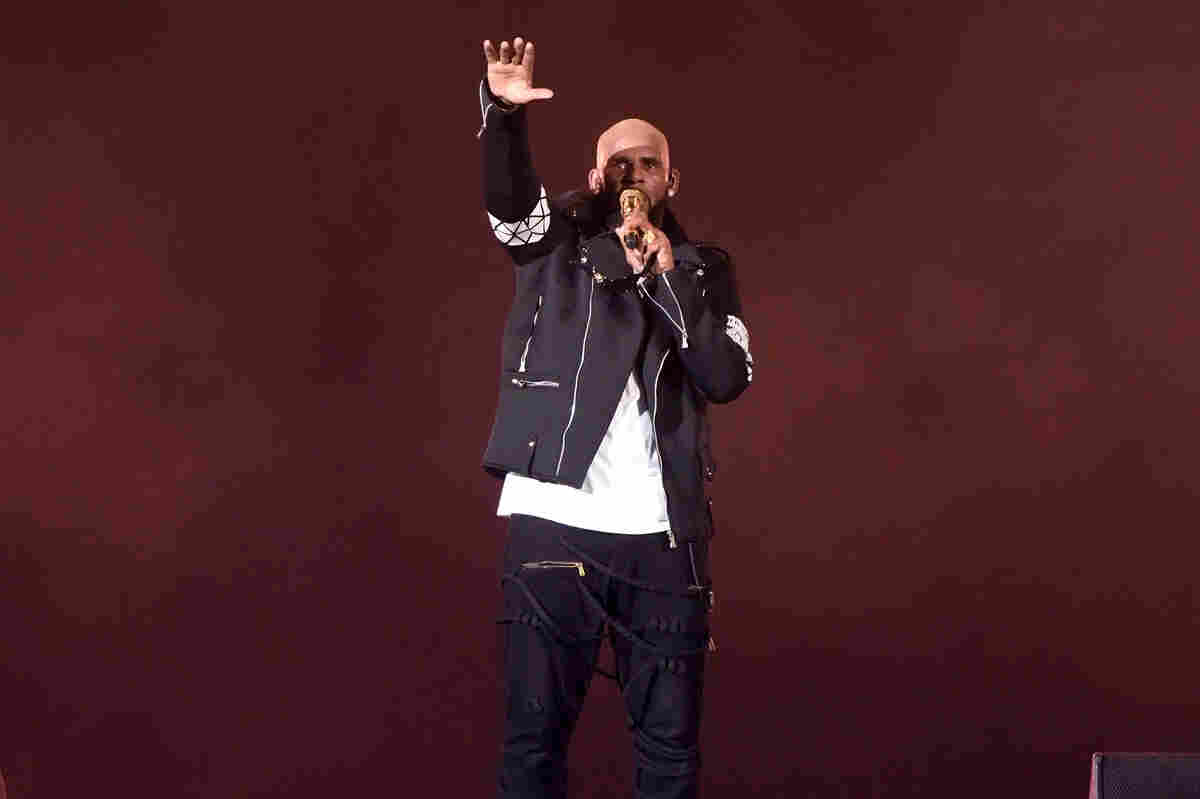 R. Kelly performs in Chicago during The Buffet Tour on May 7, 2016. Daniel Boczarski/Getty Images hide caption 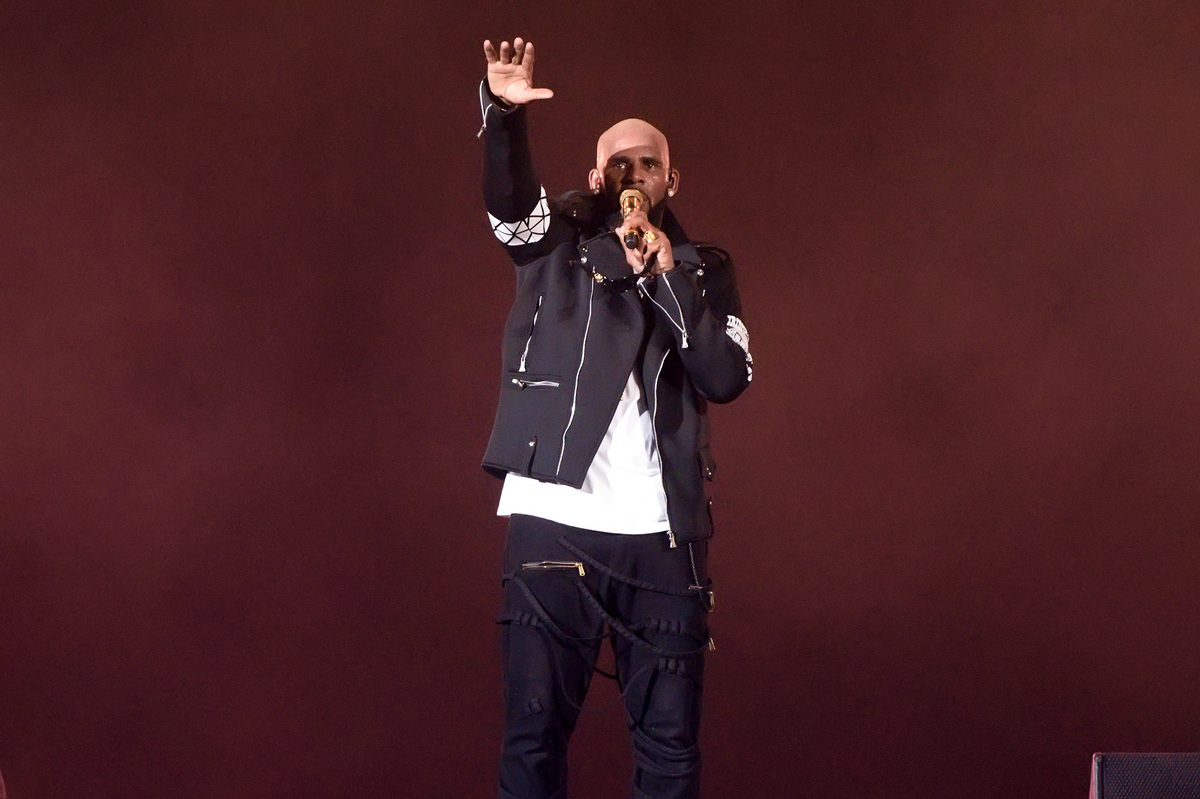 R. Kelly performs in Chicago during The Buffet Tour on May 7, 2016.

For years, despite multiple sexual abuse allegations against him, singer R. Kelly managed to stay a powerful, popular figure in both R&B and black gospel music.

This appears to be changing in the music industry. The release of Lifetime network's docuseries Surviving R. Kelly — and its exploration of the allegations against Kelly — has reignited #MuteRKelly protests against the musician and his work. Stars such as Lady Gaga have denounced Kelly and apologized for working with him as scrutiny of his past conduct intensifies.

But in the gospel music and church communities that have long supported him, Kelly still has defenders and fans. Now, these communities are facing a moment of reckoning. 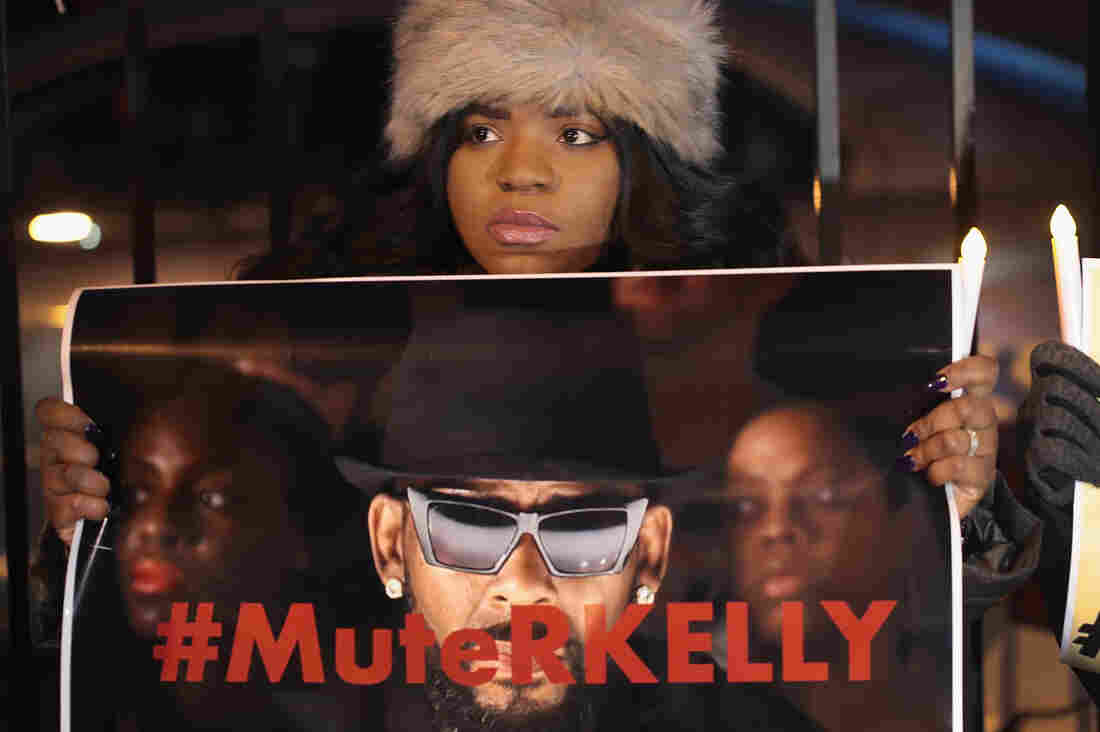 Demonstrators near R. Kelly's studio call for a boycott of his music on Jan. 9, 2019. Scott Olson/Getty Images hide caption

Kelly's relationship with the black church runs deep, stemming from his work on inspirational songs that enjoyed popularity within the church — songs such as "I Believe I Can Fly" and Whitney Houston's "I Look To You."

According to theologian and essayist Candice Benbow, these songs became commonplace in black congregations — as did turning a blind eye to Kelly's alleged transgressions.

"Even when before we saw Surviving R. Kelly, there were a number of allegations that ... nobody touched in this particular community," she told NPR's Scott Simon. "Because it was easier for us to say 'I'm gonna pray for him' rather than say 'I'm going to attack this head on.'"

Benbow wrote about the black church's hesitance to condemn one of their own in a piece on her website this week called "Supporting R Kelly: When Gospel and Black Church Get It Wrong."

In the wake of #SurvivingRKelly, there’s been a deafening collective silence among gospel artists and leaders within the Black Christian community. And that silence is complicit. I wrote about it. https://t.co/NpSwpCQ4xx

In her piece, she says there have been some pastors who have used their faith to explain why they are not muting or condemning Kelly.

"They told us to pray for Robert, to understand that no sin is greater than the other and that all of us have fallen short of the glory of God," she wrote. "Instead of teaching personal responsibility, we tell people that their proclivity to 'mistakes' is proof of their anointing."

"There was a point when the only place that black man could find power and respect and refuge was in our black churches," Benbow told NPR. "So during the height of the civil rights movement, during times of rampant anti-blackness during reconstruction, if you could not be in a space in larger society where you were respected, you definitely could come to the church and be ... a leader in our communities and our congregations, and so that leadership became ... protected over and above caring for and protecting black women and girls."

Rather than condemn Kelly, Benbow said that some in the church have leaned on the belief that everyone is a sinner — and that even Biblical figures like Moses or Noah were flawed.

"While that's true, there's a difference between Noah and Moses and a pedophile," she said in her interview. "When we decide to cloak our lack of accountability in God speak and in God talk, what does that signal for our broader congregations?"

Of course, not all churches and pastors have remained silent or supported Kelly. Some, such as the Catalyst Church in West Philadelphia, have spoken up to address issues of abuse within the black community.

Instead of addressing abuse on a church-by-church basis, Benbow argued that there should be a larger, concentrated dialogue within the community.

R. Kelly Gets His Day In Court Of Public Opinion After Years Of Sex Abuse Allegations

"We are in a moment where we have to draw the line in the sand and say that we cannot continue to support someone who has done these unconscionable things," she said.

In her written piece, Benbow points out the church made these types of efforts in response to racial injustice, such as when pastors organized "Hoodie Sunday" in response to Trayvon Martin's death.

She said she wants to see the same type of response to Kelly's alleged actions, as well as to the larger issues of sexual abuse and violation.

"There are so many black girls and black women who have experienced violation, who look to gospel music and who look to pastors," she said. "If they can't hear their favorite gospel artists or their pastors say 'this is wrong and we have to address it,' then we really have to think about what is the true message of the church and ... of gospel music."

Sarah Handel and Barrie Hardymon produced and edited the audio of this story for broadcast.