Accessibility links
Pastor Nadia Bolz-Weber Gets 'Shameless' About Sex Bolz-Weber's new book pulls from her own experiences, stories told by her parishioners and the Bible itself for an examination of the way conservative Christian ideas about sex affect our lives. 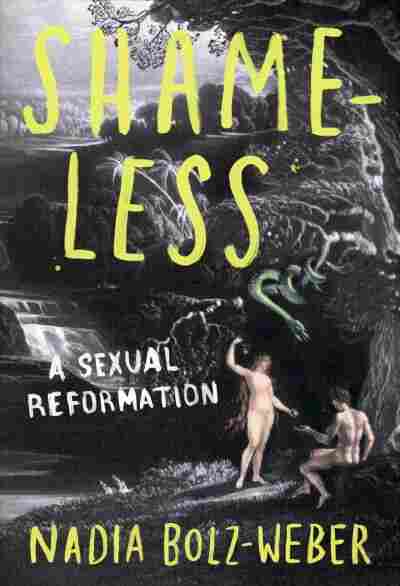 How does the church affect people's sex lives? It's a big question with no easy answers, but one that Nadia Bolz-Weber is willing to confront.

Bolz-Weber is a Lutheran pastor based in Denver, and her arguments come from firsthand experience — from stories shared by parishioners at her former congregation, and from the text of the Bible itself. In her new book, Shameless: A Sexual Reformation, she takes a bold look at how conservative Christian norms around sexuality affect worshippers in every aspect of their lives.

She says the decision to write the book was deeply personal, because it was connected to "negotiating that part of my life as an adult sexual being who's divorced and also a pastor. I had to really reflect on, what are the teachings of the church? Were the things I learned in youth group still rules that apply to me now?"

On how the church relates to sexuality

What kind of flourishing people are experiencing in their life as sexual people is something that the church doesn't seem to care about — the church just cares that they're not doing the naughty things.

What kind of flourishing people are experiencing in their life as sexual people is something that the church doesn't seem to care about — the church just cares that they're not doing the naughty things. Nobody seems to really care, hey, are people flourishing in that part of their lives? And so I just started interviewing my parishioners with three questions, just saying, what messages did you receive from the church about sex and the body and gender? And how did that message affect you? And then how have you navigated your adult life? And I took what I learned in those interviews, and what I was sort of exploring in my own life and my own spirit, and ended up offering this book.

On her use of crop circle imagery

As a very urban girl, I have always been puzzled by why farmers would plant crops in circles in lots that are square. Because when you fly above them, you're like, that makes no sense! But then I realized, it's not that they're planted in circles, it's that they're watered in circles. The center pivot irrigation system that was developed in the '40s revolutionized farming in America, and so the water just never gets to the crops in the corners. And I realized that's the way it feels about the church's teaching around sex, is that if you happen to be planted in the center, if you happen to be a cisgender, heterosexual person who didn't have sex before marriage, who's only had sex with your one true love and you're totally flourishing within that, then the teachings of the church are really OK for you. But so many of us were planted in the corners.

On her own experiences, including having an abortion

I wasn't hearing the conversation I was wanting to have. And I wanted to tell my own story as a way of going, "You know what? This experience I had almost destroyed me. Like, it was a really difficult thing, and it really laid me out, and I never once thought it was the wrong decision." So I think sometimes people on one side of that conversation don't want you to say one thing, and people on the other side don't want to hear the other. And so to be able to have a conversation about it that's sort of "both/and" rather than "either/or," I felt like was really critical. And also just a theological aspect of it that's woven throughout that story is that for a very long time, the Judeo-Christian thought held that life began with breath. In Genesis, it says that God breathed into dust to create humanity, that that was the moment that we had a living soul. So this idea of life and breath being connected is something that people can sort of hold on to, if they still have an attachment to Judeo-Christian thought, and still allow for, hey, women need to be able to have the decision around family planning and whether they're going to go through with a pregnancy or not.

Well, I think it would be amazing if people were able to speak honestly about their experience. I think a lot of times in churches, people feel like they have to say the right thing, that they have to believe the right thing, and yet, what if we just come in and talk about our lives in an honest way? I mean, as someone who's also in recovery for the last 27 years, I just am very aware, as somebody who's in a 12-step program, that people seem to be, much more frequently, speaking honestly about their lives and connecting to God and to one another in the basements of our churches, than they are in the sanctuaries of our churches. And that is a shame to me.