Accessibility links
Government Shutdown Impact: Furloughed Workers Struggle To Stretch Their Money Some banks and credit unions are waiving late fees or offering low-interest loans. But the longer the shutdown continues, the harder it becomes for furloughed workers and contractors to stay afloat.

People often confuse Brittany Sears with Britney Spears. But Sears is no multimillionaire pop star. In fact, money is tight for Sears, a federal correctional officer in Safford, Ariz. 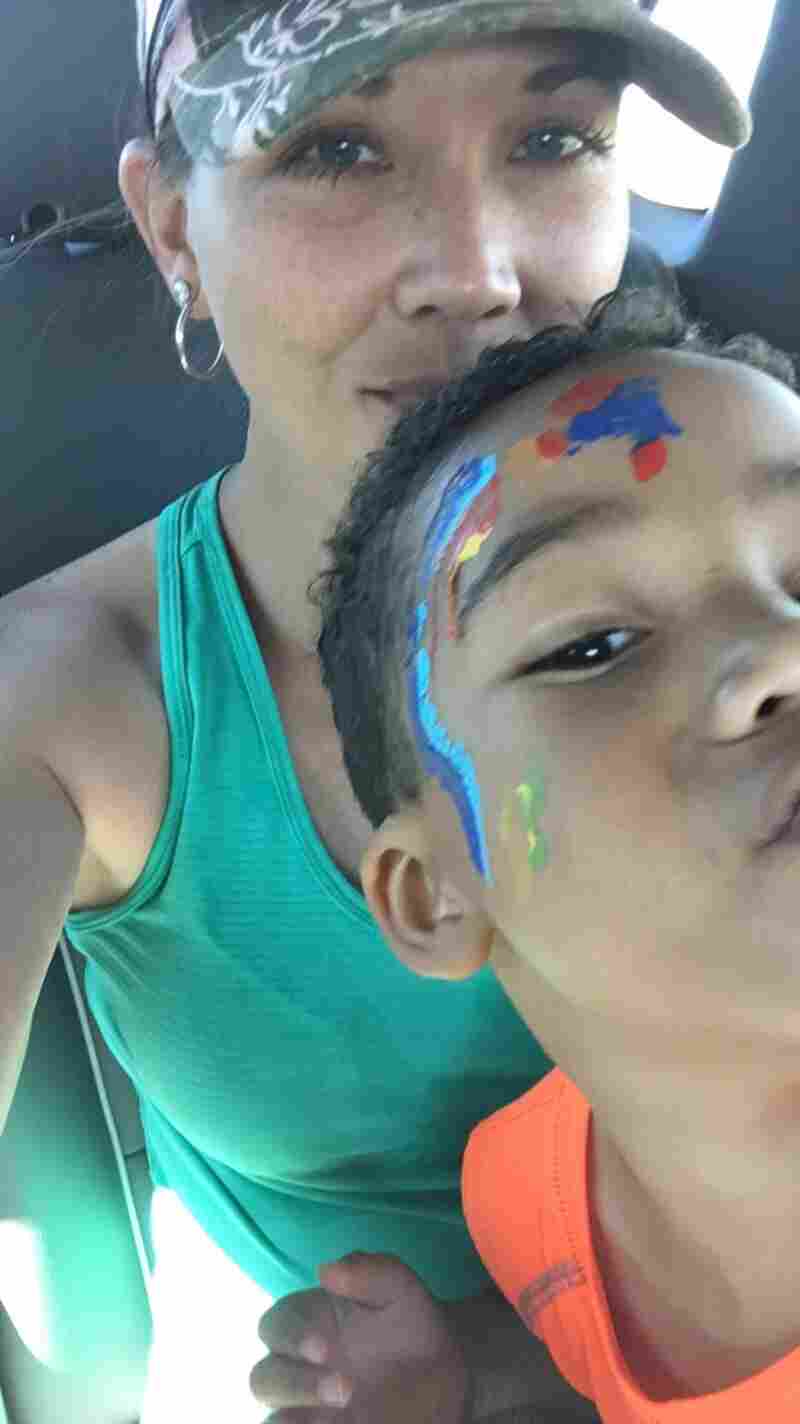 Brittany Sears with her son Jayden. Sears is a federal correctional officer in Safford, Ariz., who has been furloughed because of the partial government shutdown. Courtesy of Brittany Sears hide caption 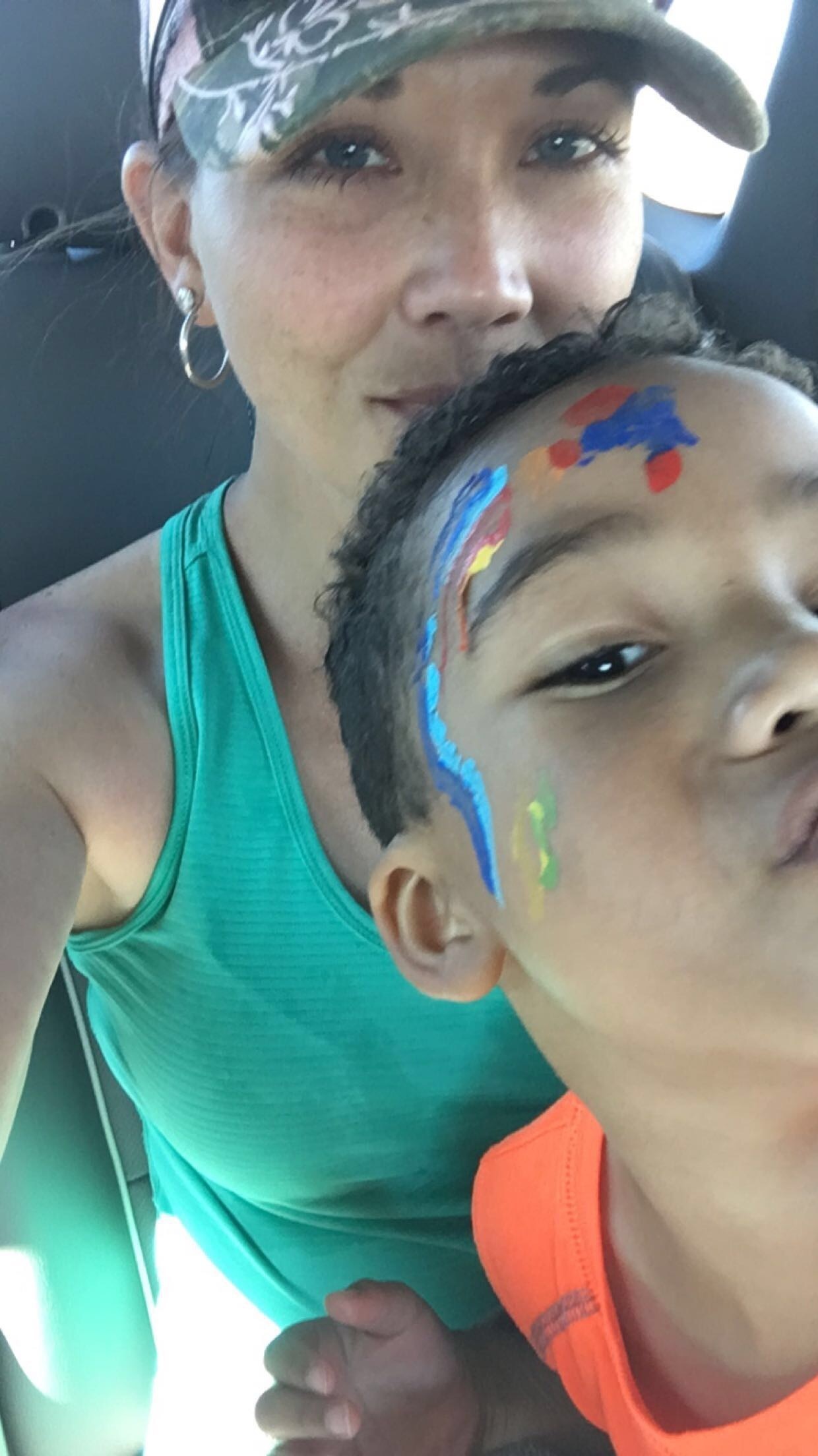 Brittany Sears with her son Jayden. Sears is a federal correctional officer in Safford, Ariz., who has been furloughed because of the partial government shutdown.

Since the government shutdown began, Sears has kept the heat off at home, hoping to save $100 this month while she isn't getting paid.

As the government shutdown enters its fourth week, she and other furloughed federal workers and government contractors are struggling to pay their bills.

Grocery stores and restaurants are handing out free food. Unions are negotiating to get their members more time to pay utility bills. And banks and credit unions are waiving late fees or offering low- or no-interest loans to qualified borrowers.

Sears is still working 10-hour shifts at the prison. When she's not, she's calling her mortgage and car lenders about deferring payments. She's also scouring the house for things she could sell — including a prized camper van she just paid off.

Sears is a single mom raising a 6-year-old boy on her own. Since the shutdown began, she's switched to cheaper grocery stores and buying frozen, not fresh.

The length of the shutdown — now the longest ever — is "uncharted territory" that could create a host of potential challenges for federal workers, says Ted Rossman, an industry analyst with CreditCards.com.

For workers who missed bills this month, another 30-day delay in payment will mean their credit scores will be affected. But, Rossman says, "We're nowhere near that point yet. Hopefully, that gives people a little bit of comfort."

To help bridge the gap, some credit unions are offering short term, no-interest or low-interest loans. Some banks are also offering to work with furloughed employees to waive late fees on mortgage or car loans — although most lenders are only offering a one-month reprieve.

That's all a lot of work for Megan Fitzsimmons, who teaches GED classes at a federal prison in Elkton, Ohio. She has to manage her late payments in between her shifts.

"You have your gas company, light company, car payment — all these things. And so I'm going to have to get the numbers, call these people, and, you know, try to put that off," she says.

Fitzsimmons says she might have to put the bills on her credit card, to buy extra time. Congress passed a bill that would provide back pay once the shutdown ends. But in the meantime, she notes, there will be extra costs she'll never recover.

"With a credit card they charge interest usually on the average daily balance, so even if we were to get paid toward the end of the month or something, I'm still going to be paying a bunch of interest on bills," Fitzsimmons says. 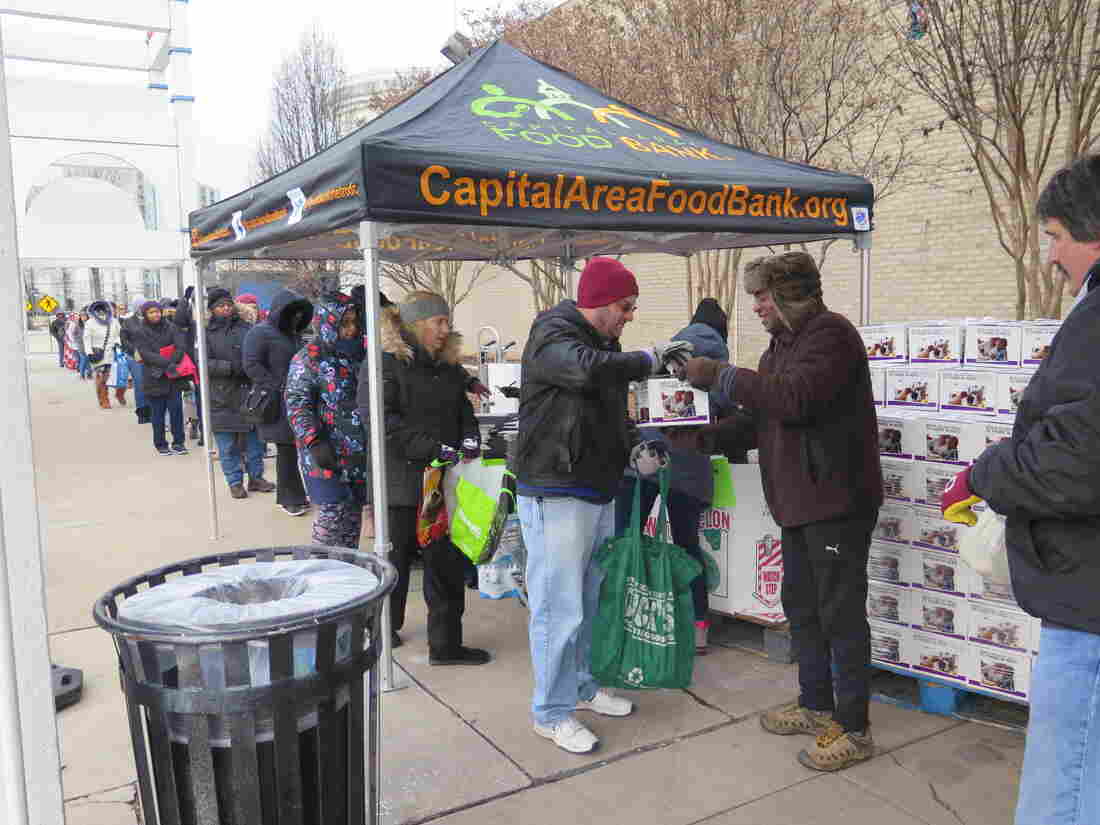 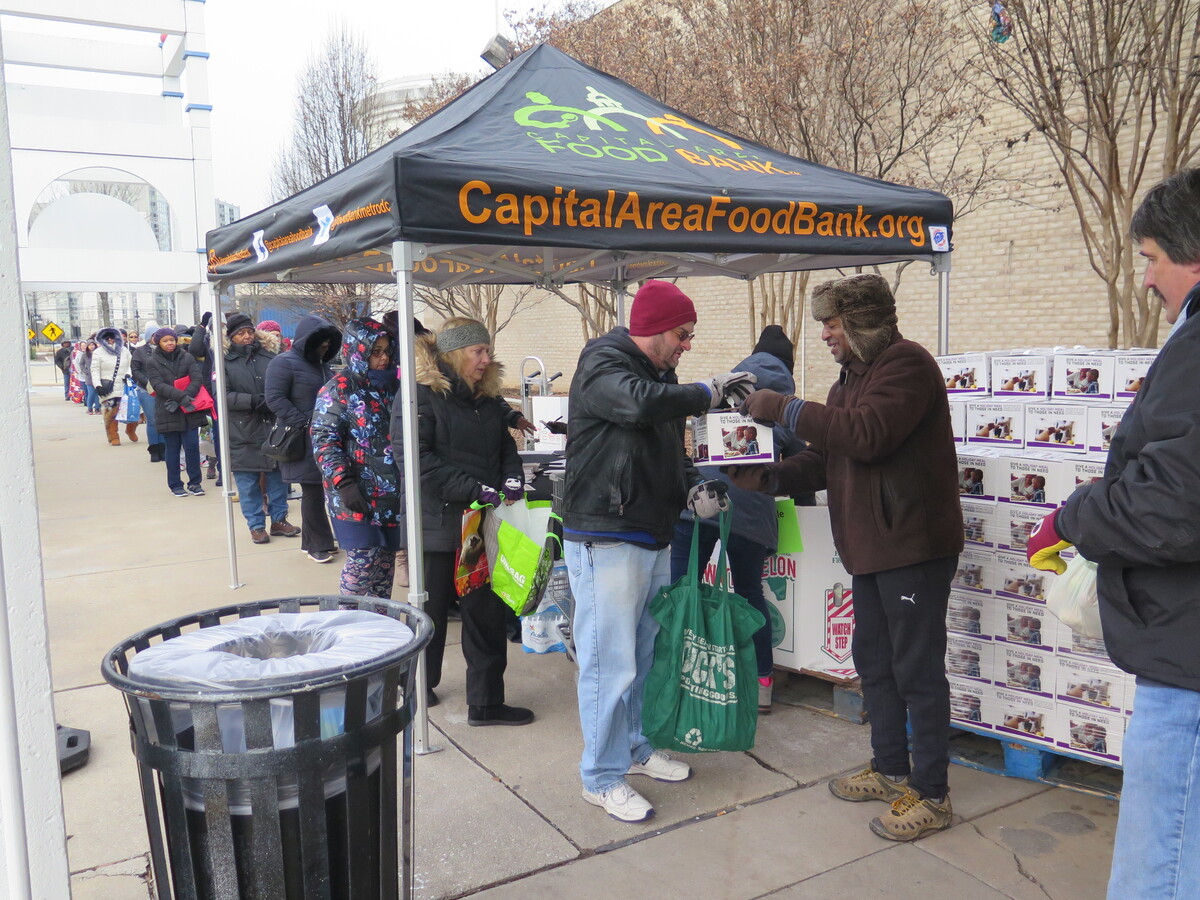 Federal workers wait for food distribution to begin Saturday at a pop-up food bank in Rockville, Md. The Capital Area Food Bank is distributing free food to government employees during the shutdown.

More fortunate workers like Michelle Arsenault, 53, of Alexandria, Va., can dip into savings. She hasn't been going to her job at the Department of Agriculture as an organic certification adviser since Dec. 21.

She's spending her free time on inexpensive ventures like hiking and studying French. But she feels especially sorry for the many federal contractors she works with.

"I think about the people that work in our cafeteria in our building who aren't getting paid and they're not going to get paid retroactively," she says. "They're just out three weeks' salary or however long this goes on."

Arsenault has postponed a $1,000 gardening project and she isn't going out much.

"I think about the ripple effect in the community, like me canceling work that I had to have done in the yard or I'm not eating out, I'm not downtown patronizing restaurants," she says.

And that's playing out not only in the Washington, D.C., area, but all over the country.