Accessibility links
Trump Promotes Border Wall In Speech To Farmers In New Orleans President Trump addressed the Farm Bureau Federation on Monday, courting a constituency that was key to his 2016 election. He tried to reassure his audience that his trade policies will soon pay off. 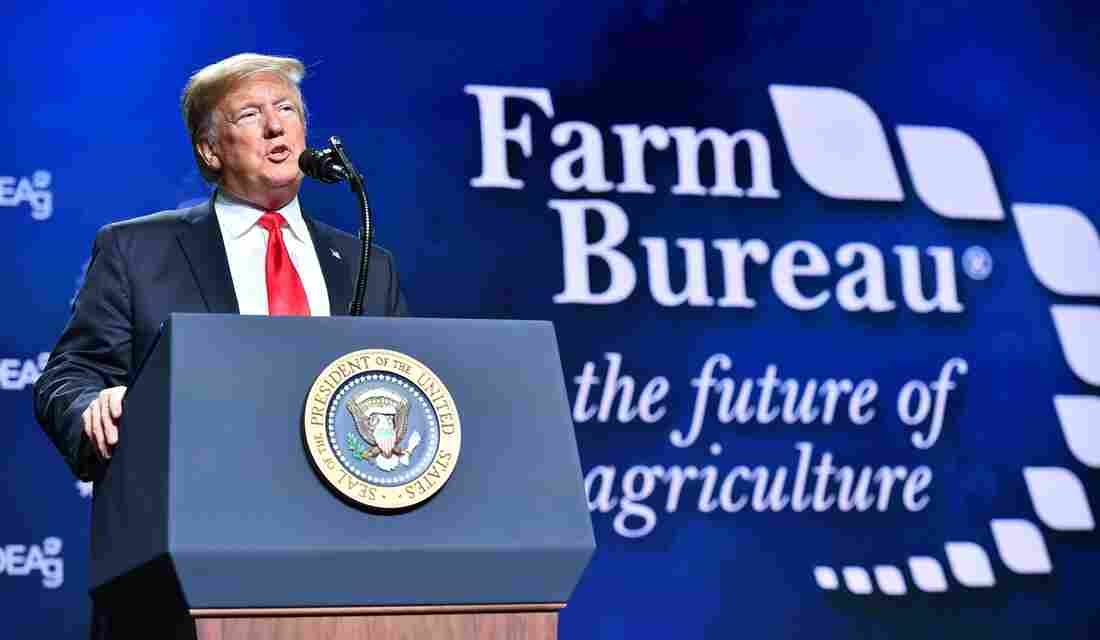 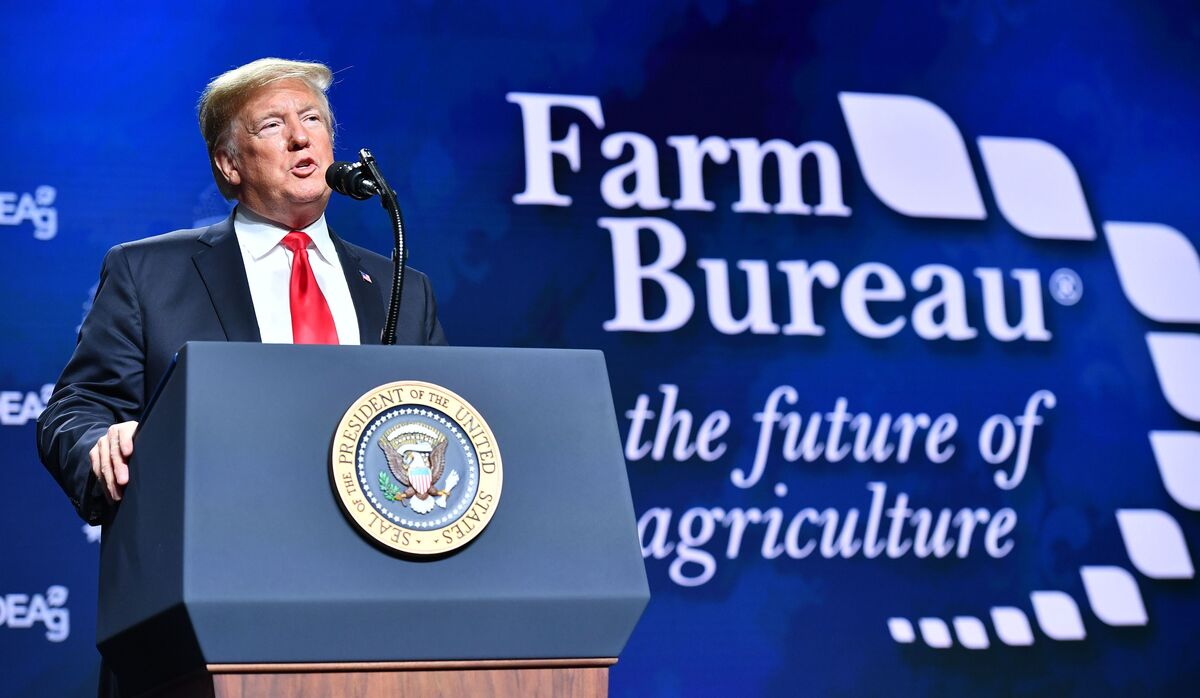 President Trump spoke to the centennial gathering of the American Farm Bureau Federation Monday, cultivating ties to rural voters who were a key factor in his 2016 election.

"I'm proud to be a great friend of the farmer," Trump said, addressing the group's convention for the second year in a row.

The president drew applause as he recounted administration efforts to reduce regulation and save the very wealthiest farmers from the estate tax.

Trump devoted much of his speech to the ongoing stalemate over the border wall, a fight that has shuttered parts of the federal government, including much of the U.S. Department of Agriculture.

"The USDA is doing everything in its power to help farmers deal with the ongoing shutdown," Trump said, even as crop forecasts have been delayed by the standoff and Farm Service Agency offices around the country are closed.

"The people who work in these offices, they're our neighbors," said Kristin Duncanson, who raises hogs, corn, and soybeans in Mapleton, Minn. "You've got to feel bad for them not getting a paycheck."

Trump once again insisted that Congress approve funding for his $5.7 billion border wall, to address what he called a humanitarian and security crisis on the U.S. border with Mexico.

Illegal border crossings were actually lower in the last fiscal year than in 2014 and 2016, and at one point, Trump seemed to acknowledge that the situation on the border hasn't changed dramatically.

"Mr. President, we need a wall," Chilton said, when he briefly joined Trump on stage.

Other farmers are more concerned with securing sufficient labor from south of the border.

"You need people to help you with the farms," Trump conceded. "I'm going to make that easier."

He did not elaborate.

Chickpeas Sit In Silos As Trump's Trade Wars Wage On

While exit polls show Trump won 62 percent of the rural vote in 2016, the farm belt has not necessarily shared in the booming U.S. economy. Net farm income fell an estimated 12 percent last year. And it's down about 40 percent from its peak in 2013.

"We've got to get the farm economy booming again, not only for the farmers and ranchers but when our folks are prospering, that helps our industry sector partners," said Dale Moore, executive vice president of the Farm Bureau Federation.

The drop in farm income is partly a result of cyclical factors including over-production and a resulting drop in commodity prices. But Trump has added to farmers' woes by picking trade fights with China, Mexico, Canada and the European Union.

"We weather the weather across the world well," Duncanson said. "It's weathering the politics that makes managing our businesses a little tougher than they have in the past."

Trump's withdrawal from an Asia-Pacific trade deal has put U.S. exporters at a disadvantage in markets such as Japan. And other countries have imposed retaliatory tariffs on a wide variety of farm produce.

Trump tried to reassure his audience that his aggressive trade policies will soon pay off.

"We are fixing broken trade deals that are horrible," Trump said. "Many, many new markets are being opened up."

China, which had been a major purchaser of U.S. soybeans, all but stopped buying last year in retaliation for Trump's tariffs. There are signs of a thaw, however, as trade talks with China continue.

Trump boasted that an updated version of the North American Free Trade Agreement will boost agricultural trade with Mexico and Canada, provided it wins approval from Congress.

In the meantime, the administration is offering $12 billion in aid to farmers who have been hurt by the trade wars.