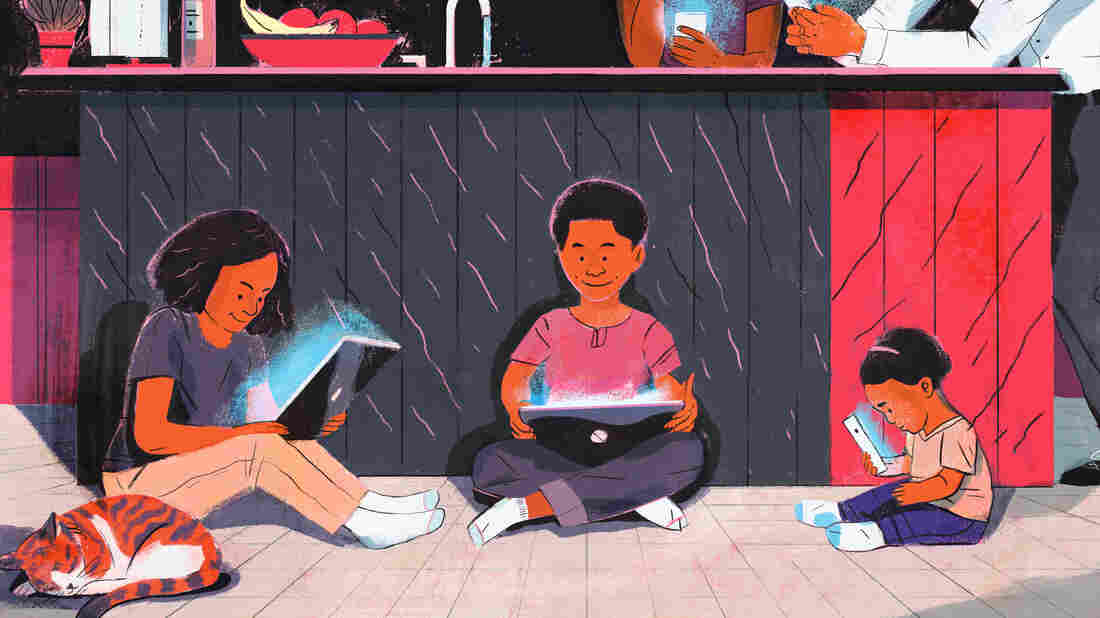 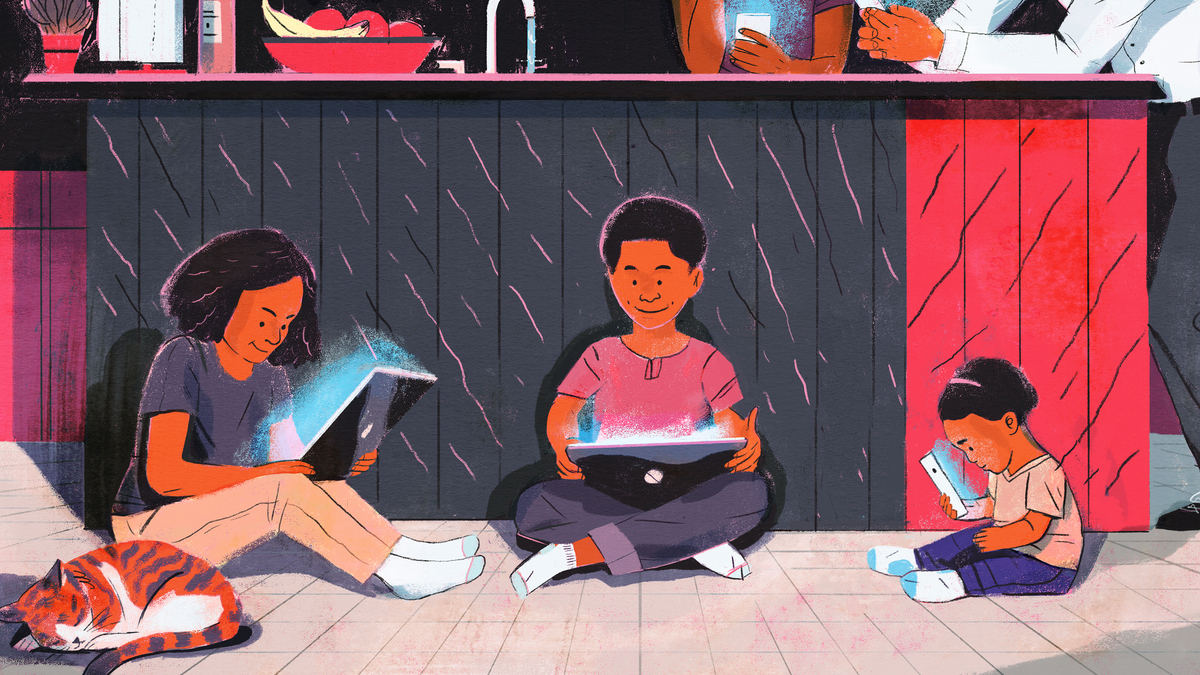 The overuse of technology has overtaken drugs, sex and bullying as the biggest parental worry, according to the annual Brigham Young and Deseret News American Family Survey. 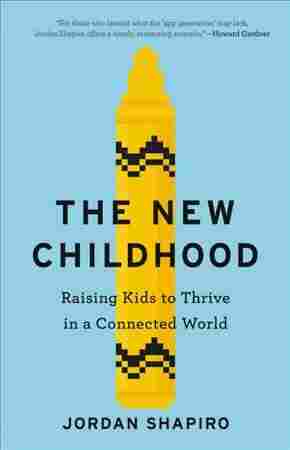 Raising Kids to Thrive in a Connected World

But what are we actually supposed to be doing about it?

Jordan Shapiro, a Temple University professor whose background is in philosophy and psychology, has a prescription that might surprise you. In his new book, The New Childhood, his argument is that we're not spending enough screen time with our kids.

"One of the things I suggest in the book is that kids should be starting on social media much younger," he says. And, play more video games with your kids, too.

After Shapiro's divorce, he found himself solo parenting two little boys (now 11 and 13) who were obsessed with video games. He started playing the games simply as a way to connect with them. Then he discovered connections between the emotional catharsis and interactive storytelling on the screen, and thinkers like Carl Jung and Plato. He came to realize that part of his job as a parent was to help his children make sense of their online experiences and teach them how to uphold enduring values in the new world they are living in.

Now, he thinks about the intersection of child development and digital media as a senior fellow for the Joan Ganz Cooney Center at Sesame Workshop and nonresident fellow in the Center for Universal Education at the Brookings Institution.

Shapiro spoke to NPR about his new book and approach. The following interview has been shortened and edited for clarity.

You teach the core curriculum at Temple University and helped adapt it to an online version. How do your studies inform your thinking about YouTube and Facebook?

My background is ancient philosophy. I think we have very few new values. I love the old stuff — Plato and Homer. All the world's great religions have tons of wisdom to offer us in a changing world. We need to figure out how to apply how they lived to a very different time and place. If you look historically — let's say every hundred years, there's these huge transitions that require giant adaptations so [the old ways] are still meaningful.

You talk in the book about how a lot of expert advice focuses on simply limiting the screens, but that doesn't help us teach our kids how to make that kind of transition or that adaptation, to interact ethically in the digital world.

Right. People are trying to do things like device-free dinner because they are scared of the way work and home have enmeshed.

Home was safe, and now these devices bring the entire world inside. Are your kids home or are they in Fortnite? They're here and somewhere else — in the ugly agora and within the beautiful picket fence.

But it's good to have some respite from the outside world and the digital world, right?

Sure. We have family dinner in our house. It's mostly device-free. No one should be watching YouTube videos the whole time. But most of the time we have conversations that necessitate pulling up a YouTube video or Googling something to make a point.

They're not going to learn good date behavior if they've never had a phone before.

How are we going to maintain those positive things, the compassion, ethics, good social skills and intimate relationships, if we're teaching them to live in a world that doesn't look like the world they're living in?

Can you give some more concrete examples of how you teach kids to maintain positive values in the digital world?

Let's take violent video games. All tools should be facilitating our ability to create a more meaningful, more just world. Sometimes our children are going to seek out violent games.

And we teach them violence is bad, but playing violent make-believe isn't necessarily bad.

Do you still play video games with your kids? What do you do if you're just not a gamer? I'm not.

Not as much, because they're much better than me now. But I still talk to them about it; I ask them to show me what they're playing; I'll watch them. I'll tease them and say, this looks stupid, explain to me why you're interested. You can tell them the reasons you don't like it, as long as it's a conversation and not a scolding.

We teach them how to make sense of the narratives they construct. Whether you're talking about video games or social media or YouTube, how do you enable them to construct a meaningful narrative in relationship to these artifacts?

And your approach seems to be kind of like the Socratic method — you ask questions.

That's part of it, yes. So my sons are into these YouTube videos where kids open toys. It's the most disgusting representation of consumerism I can imagine. Just a terrible kind of video.

It's incredibly popular too — in fact an 8-year-old with a toy channel was the top moneymaker on YouTube last year.

Right. I don't think, 'Oh it shouldn't exist.' I'm in favor of free speech. But then if my kids watch it, I want to have the conversation about why I find this attitude so weird and problematic, and I want to teach them to think about it that way. So now after having lots of these conversations, the first thing they do with every YouTube video they watch is ask, who paid for it, what are they trying to sell me?

So the idea is that they internalize your ethical voice?

We spend their entire lives teaching them how to share, how to get along. The alternative is throwing 20 kids into a room, locking the door, and saying don't worry, they'll end up hugging. That's kind of what we do when we put a hormonal prepubescent on social media for the first time.

And this is why you say kids should be starting on social media much younger than they are?

If we want to get rid of the horrible stuff happening on Twitter right now, then we need to model it for kids when they're 7 and all they want to do is be like their parents. I think we should have church groups and sports teams, small social media groups, so adults can model what to do. Or large families can have a family social network. You can share pictures and maybe you do gently tease someone, so they see the difference between kind and mean teasing.

This came up recently in one of my conversations with a 16-year-old girl and her mother. She was exasperated that all her aunts were following her on Instagram, using her childhood nickname, leaving embarrassing comments, but her mother was happy to have so many people looking out for her.

I learned to be able to have a civil argument at holiday dinners. I watched my parents, uncles and aunts have political arguments, with love and kindness, also sarcasm and also teasing. That's how I know how to do it at a dinner table.

The American Academy of Pediatrics supports this idea of joint media engagement, basically engaging alongside your kids, as you suggest, whether with games, videos or social media. But isn't there such a thing as too much screen time?

When people talk about addiction, I think it's weird we want to blame the digital media because you can form unhealthy relationships with lots of things — food, sex, work, money.

And what we do is we try to teach people how to not develop those relationships.

We don't blame the eating, sex, work or money itself.

And what I'm often trying to explain is that we're seeing unhealthy relationships because we're leaving our kids to figure it out on their own.

We're using screens as a babysitter.

There's an interesting study that recently came out that looked at how parents and young children were interacting around devices. It showed that this joint media engagement is not happening.

Most interactions are negotiations about how much to use, or tech support kinds of things. And almost no discussion of what they're actually doing on the screen, and when it is discussed it's usually initiated by the kids.

I feel like part of the problem is that parents are getting essentially abstinence-only education, like in sex education. The research on that says, if all you hear is, "Just say no," it has no positive effects.

Nobody actually thinks we're going to have a world without [tech]. They're aiming for that healthy relationship. A healthy relationship is you being able to have the autonomy to make good decisions. That's what we're trying to teach our kids — to make those decisions. If we make it all about here's the restrictions, the on/off switch mentality, that doesn't teach them to make smart, autonomous decisions.

NPR is partnering with Sesame on a new podcast called Life Kit. Much like Jordan Shapiro's new book, it will provide overviews of problems or questions in areas where NPR has deep expertise — starting with personal finance, health and wellness, and parenting.