Accessibility links
On Her Way Out, UNC Chancellor Orders Removal Of 'Silent Sam' Pedestal The Confederate statue known as "Silent Sam" had stood on the main campus quad in Chapel Hill from 1913 until it was torn down by protesters in August 2018.

On Her Way Out, UNC Chancellor Orders Removal Of 'Silent Sam' Pedestal

On Her Way Out, UNC Chancellor Orders Removal Of 'Silent Sam' Pedestal 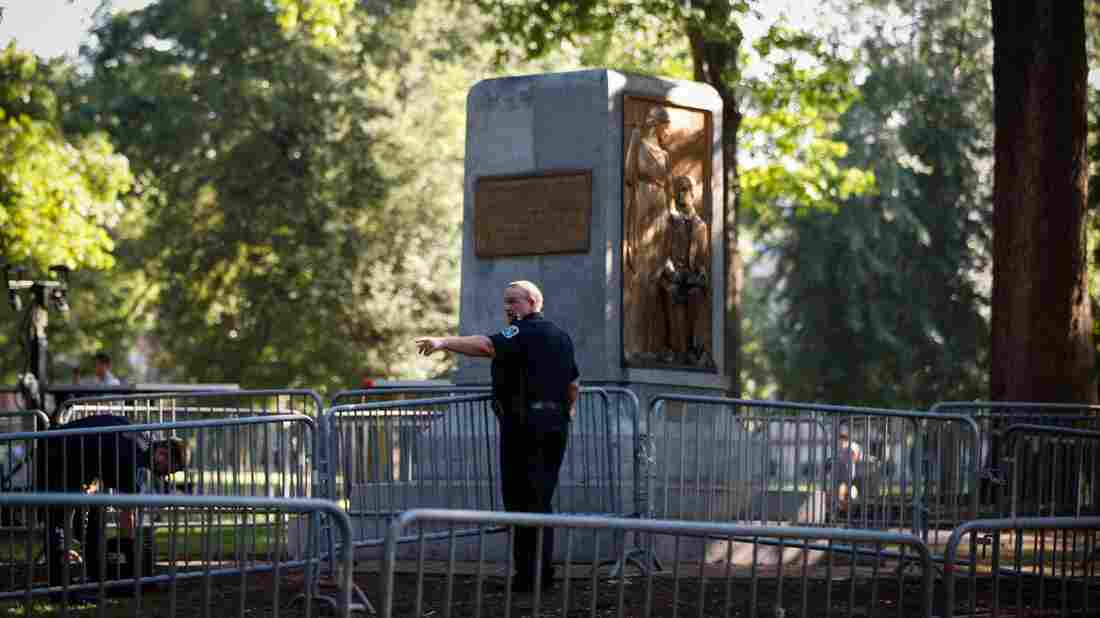 In August 2018, law enforcement officials set up a perimeter around the platform that "Silent Sam," a statue erected to honor Confederate dead, was toppled from. Logan Cyrus/AFP/Getty Images hide caption 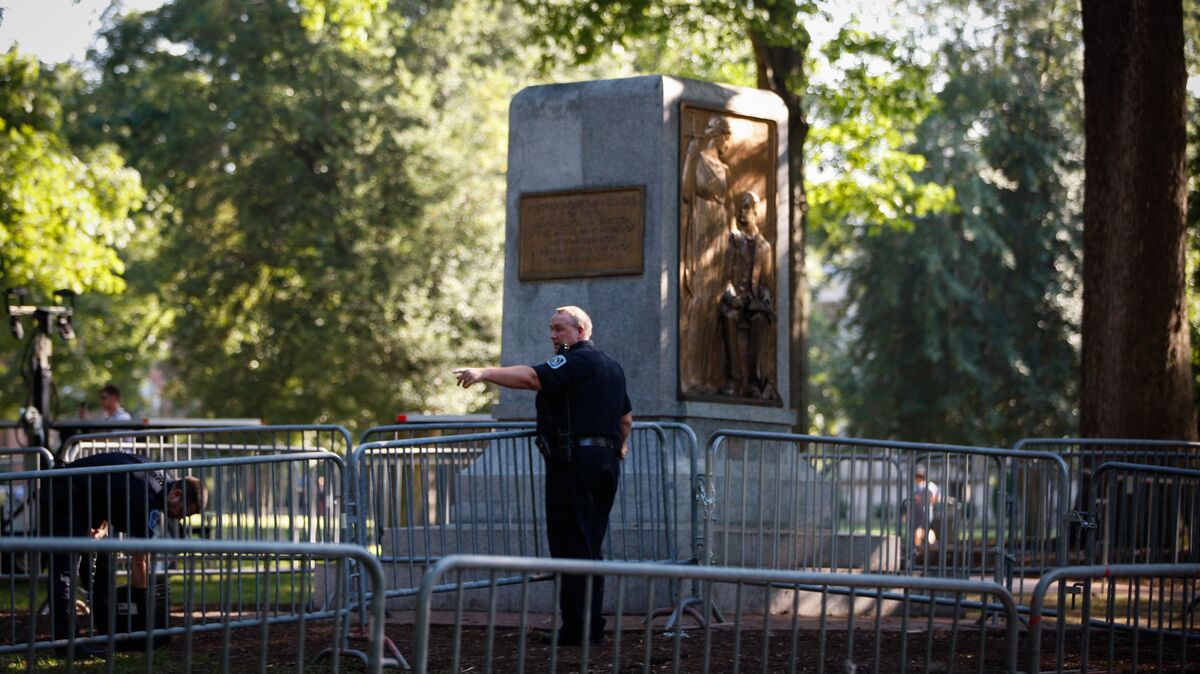 In August 2018, law enforcement officials set up a perimeter around the platform that "Silent Sam," a statue erected to honor Confederate dead, was toppled from.

The University of North Carolina, Chapel Hill announced at 1 a.m. that the removal had begun, and by 2:40 it was all over. A work crew with a large truck, a forklift and floodlights took the last piece of the base from the main quad, leading to cheers from a crowd that had gathered to watch.

The surprise removal was ordered Monday by Chancellor Carol Folt, who also announced that she will step down. Though Folt said she would resign at the end of the school year, the university's Board of Governors voted on Tuesday to make her resignation effective Jan. 31.

In a conference call with reporters Tuesday, Folt said her resignation is not connected to her decision to remove the remnants of the monument from campus. She said she did not want her job status to be part of her decision about the monument.

"I have not used it in that way," Folt told reporters. "That's not how I've thought about it. I try to do the right thing regardless of that effect on my job situation. And it may be hard to believe, but that's absolutely how I operate."

Folt said she believed it was time for her to move on after checking off a list of accomplishments like meeting fundraising goals and leading the school through an academic scandal. 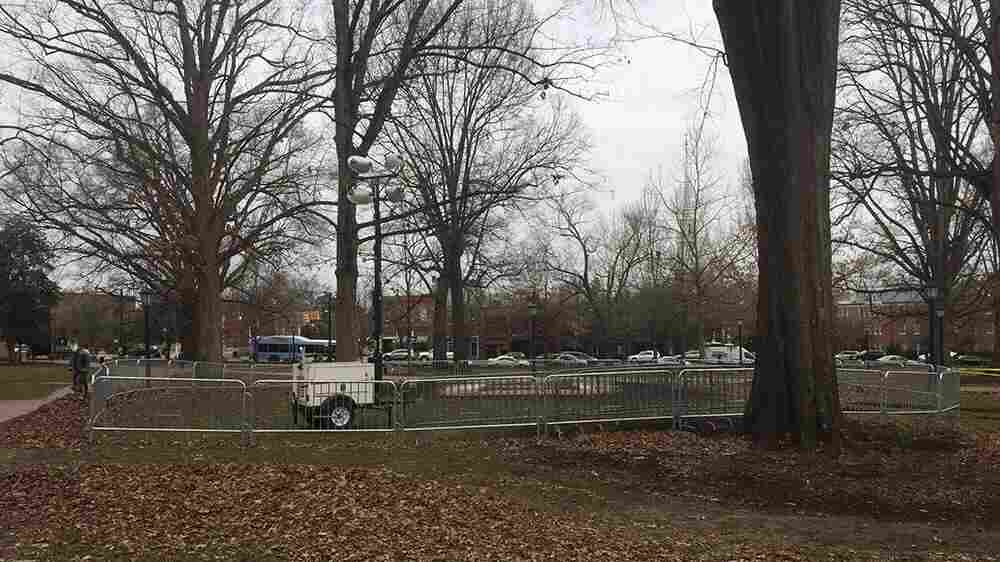 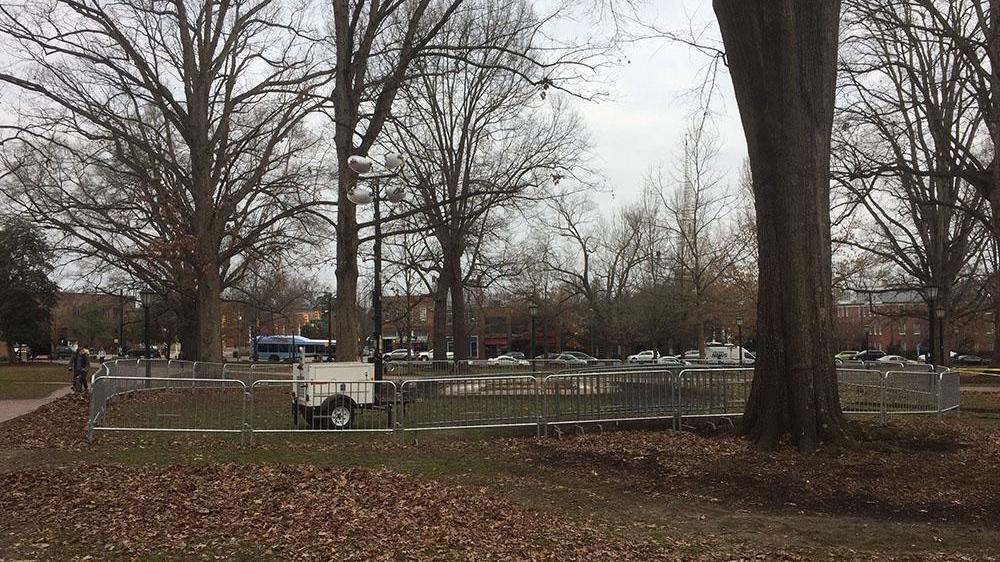 Board of Governors Chair Harry Smith said the move to end Folt's time at UNC early is not meant to punish the chancellor.

"We just felt strongly that based on where we're at here, in order to move the institution forward that we needed to make a change," Smith said. "That's not punitive in any way, shape form or fashion. She resigned and we accepted it. We just felt it was better to compress the timeline and work more toward a healing process."

The statue had stood on a main campus quad from 1913 until it was torn down by protesters in August 2018.

Folt announced her resignation in a campuswide email and said she was concerned about safety at the site that continues to draw protesters for and against the statue, but she gave no timetable for taking away the massive pedestal and bronze memorial plaques. The items will go into storage while their fate is decided.

The presence of the remaining parts of the monument on campus poses a continuing threat ... to the personal safety and well-being of our community. ...

"The presence of the remaining parts of the monument on campus poses a continuing threat both to the personal safety and well-being of our community and to our ability to provide a stable, productive educational environment," Folt said in her letter to the Carolina community. "The fact that despite our best efforts even since then, threats have continued to grow and place our community at serious risk has led me to authorize this action."

Last month, the board overseeing North Carolina's public universities rejected the UNC Trustees' plan for a center to house a Confederate statue on the Chapel Hill campus.

Instead, the Board of Governors passed a resolution to have several of its members work with leaders at the Chapel Hill campus on a new plan. That revised plan is due March 15.

Smith also said Folt's announcement surprised and disappointed the board.

"We are incredibly disappointed at this intentional action," he said in a statement Monday night. "It lacks transparency and it undermines and insults the Board's goal to operate with class and dignity." 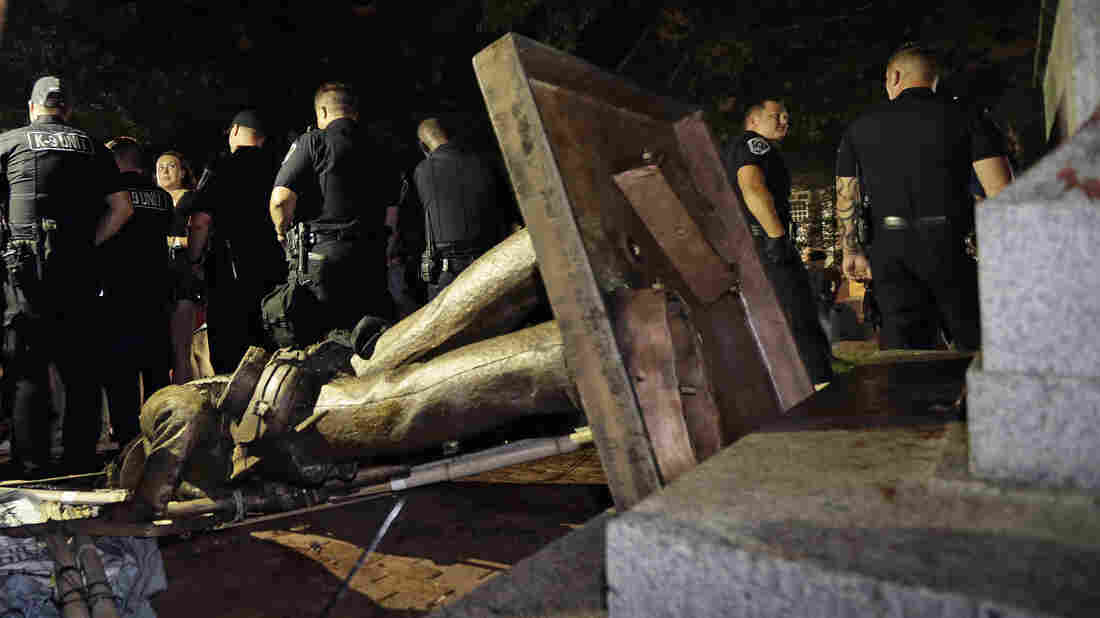 Silent Sam was toppled by protesters on the UNC campus in August 2018. Gerry Broome/AP hide caption 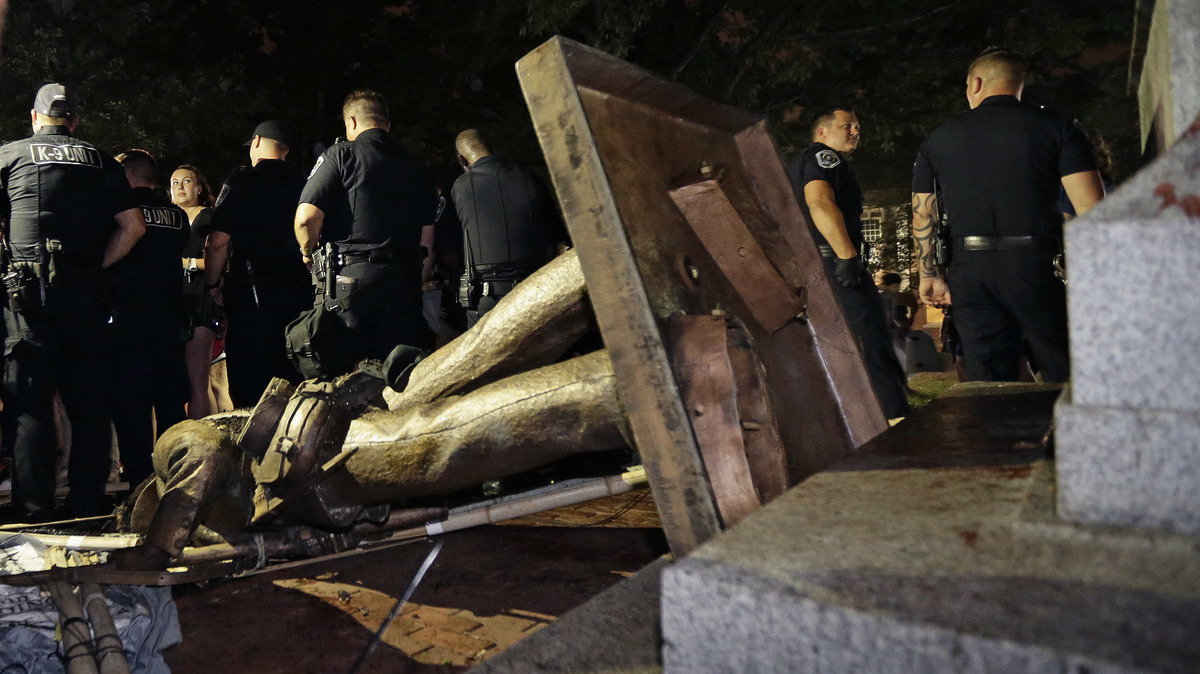 Silent Sam was toppled by protesters on the UNC campus in August 2018.

UNC isn't the first university to grapple with Confederate monuments and ultimately decide to move one indoors. The University of Texas has removed several Confederate statues from outdoor display, including a statue of Confederate President Jefferson Davis taken down in 2015 and now displayed in a museum.

"There has been too much recent disruption due to the monument controversy," Folt said in her letter. "Carolina's leadership needs to return its full attention to helping our University achieve its vision and to live its values."