Accessibility links
One Of The Last Navajo Code Talkers Dies At 94 Alfred Newman served from 1943 to 1945, transmitting codes in his native tongue which prevented the Japanese from gleaning U.S. intelligence during World War II.

One Of The Last Navajo Code Talkers Dies At 94

One Of The Last Navajo Code Talkers Dies At 94 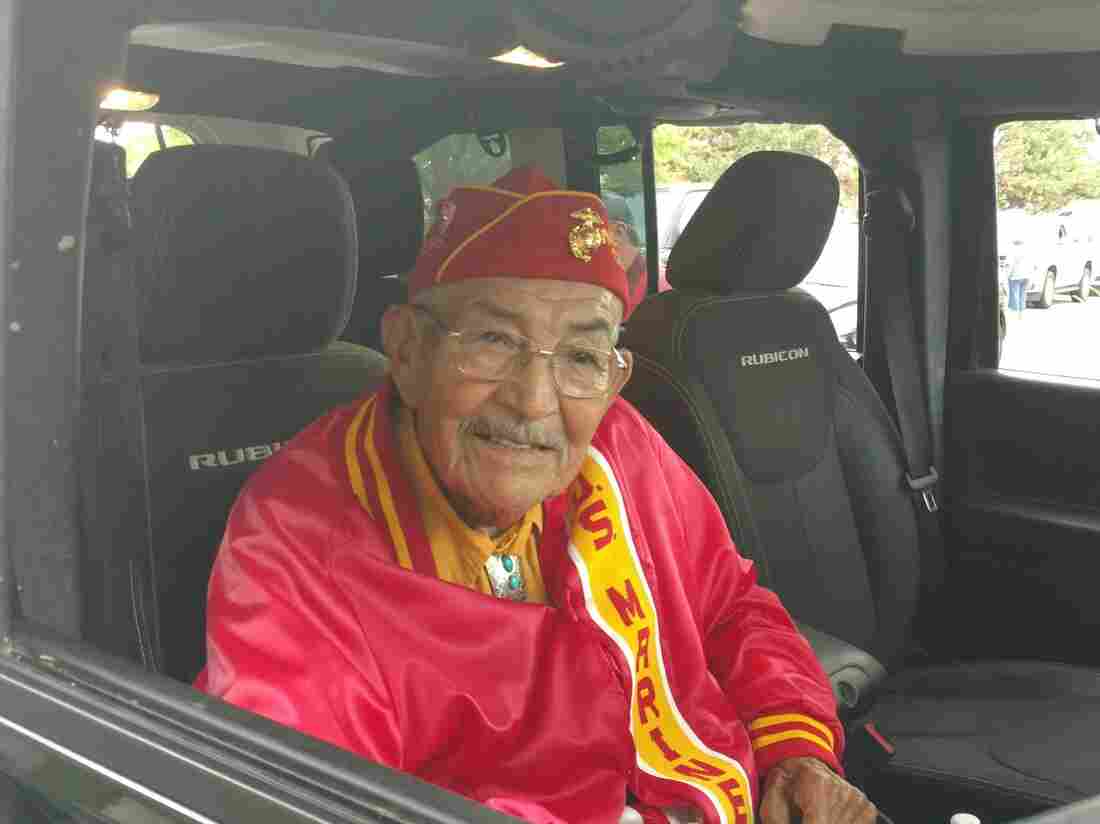 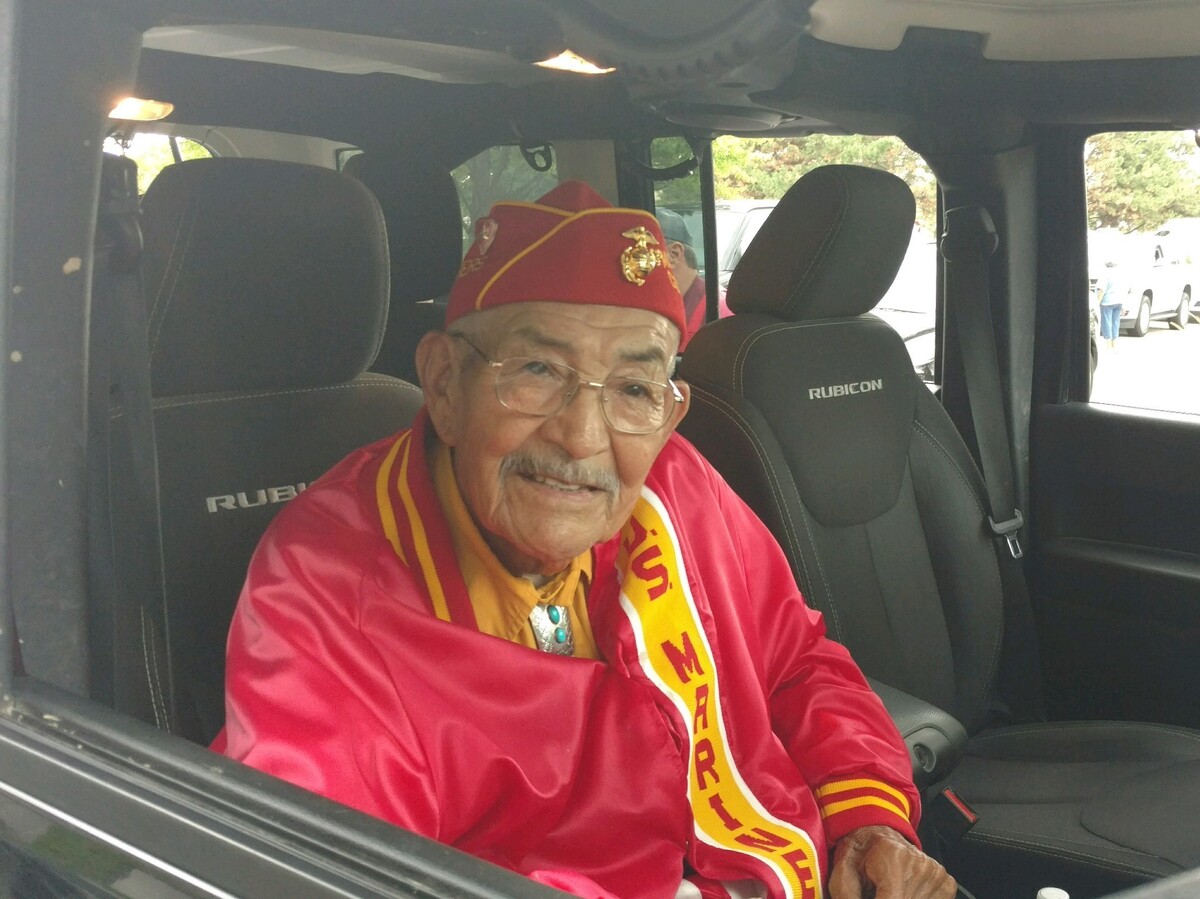 One of the last remaining Navajo Code Talkers, who relayed messages that were never decoded by enemies in World War II, has died at age 94.

He says his father was a quiet yet courageous man. "My dad told me that the U.S. was in trouble and when they were calling for him, he needed to answer that call with the armed forces," he says.

As a boy, Alfred Newman attended a boarding school that, like many schools at the time, forbade Indian students from speaking in their native tongue, Dine.

That complex language proved to be vital to the United States during World War II. As the Japanese cracked classified U.S. military codes, armed forces turned to members of the Navajo Nation. The messages they transmitted in the Pacific Theater were impenetrable to enemies.

Newman enlisted in the Marine Corps in 1943, after the attack on Pearl Harbor. He served in such places as Guam and Iwo Jima.

In an interview, he said that because there were no word in the Dine language for tanks, he would message fellow code talkers about turtles, "cheh-tala-hes." The word for bomb was potato.

Newman was honorably discharged at the end of 1945. Then he worked as an ammunition inspector and at an open-pit mine overseeing blasting, his son says.

"He loved to sit out on the porch of the Whiskey Creek canyon where they had a cabin," Donna Newman, a daughter-in-law, tells NPR. "He loved to watch the animals, chipmunks and wild turkeys walking by. He was the first to spot them."

As NPR previously reported, Code Talkers returned to the United States without glory or fanfare. The program was kept secret until 1968 because the military continued to rely on their encrypted language. 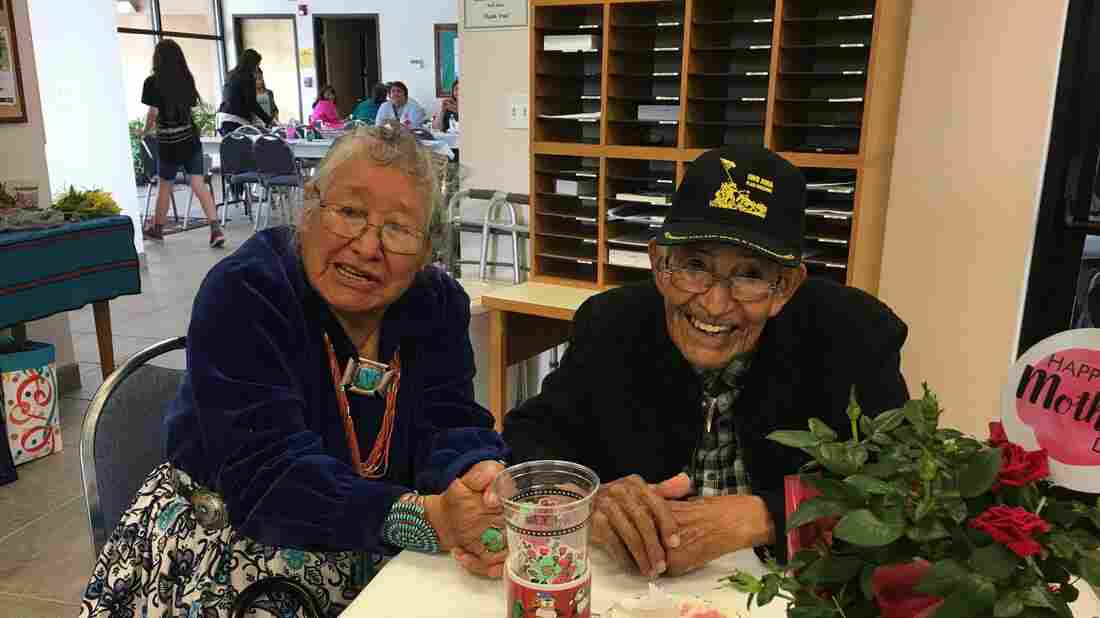 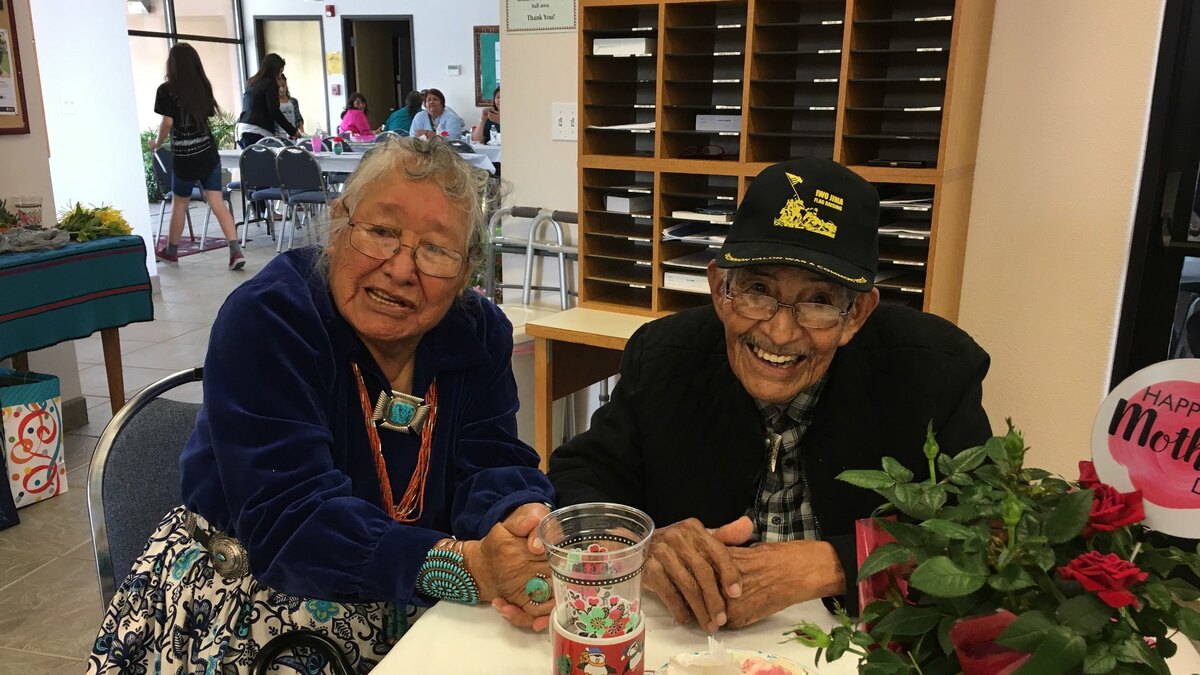 Newman with his sister-in-law, Marian.

In 2001, President George W. Bush honored 21 Code Talkers for giving "their country a service only they could give." He called their work "a story of ancient people, called to serve in a modern war."

Newman was awarded medals but, "who wants to lug that big thing around?" he said.

"He never wanted acknowledgment," Kevin Newman tells NPR. "He was very humble about that. It was just a duty for him." He added that his father never spoke about his time as a Code Talker, and that he only learned about his dad's service in the 1980s.

Navajo Nation President Russell Begaye describes Alfred Newman as "a hero" who "stood amongst giants. We will be forever grateful for his contributions and bravery, as well as that of each and every one of our Navajo Code Talkers. They are national treasures."

By the end of the war, more than 400 Navajo men were trained as Code Talkers.

According to the Navajo Times, no official count of the remaining Code Talkers exists but "most agree there are less than 10."