Accessibility links
Birmingham, Ala Wins Lawsuit Over Its Covering Of A Confederate Monument "The state has placed a thumb on the scale for a pro-confederacy message," Jefferson County Circuit Judge Michael Graffeo wrote in his opinion. 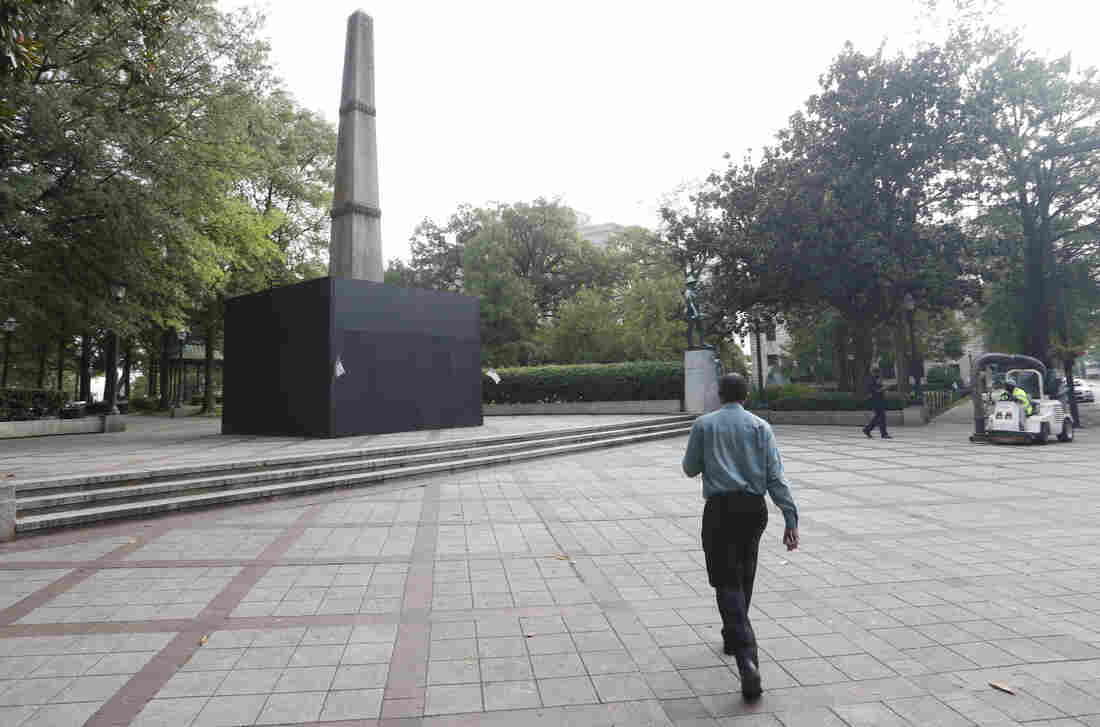 A man walks past the covered Confederate monument in downtown Birmingham, Ala., in August 2017. Hal Yeager/Getty Images hide caption 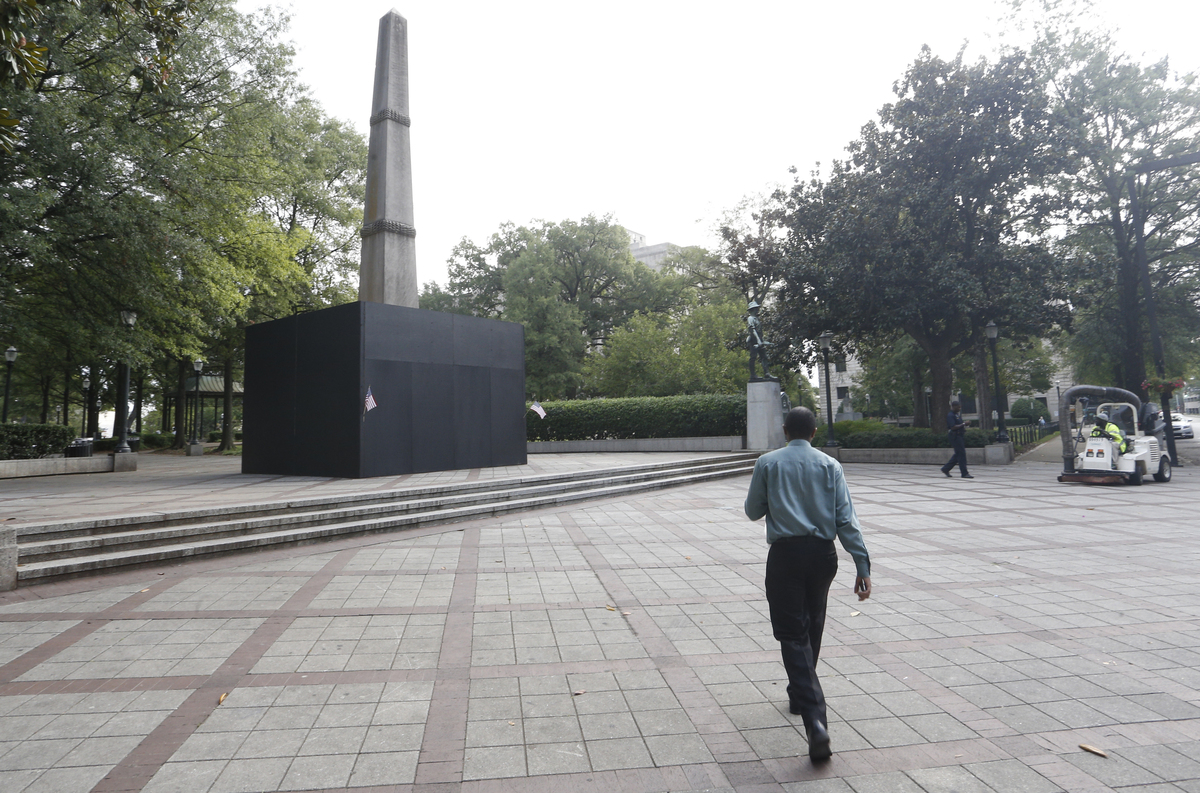 A man walks past the covered Confederate monument in downtown Birmingham, Ala., in August 2017.

For more than a century, a 52-foot obelisk has stood in the center of Birmingham, Ala., a monument to Confederate soldiers and sailors who fought in the Civil War.

In 2017, amid a national reckoning on racial violence and Confederate symbolism, the city's mayor decided the monument should be covered up. Tall plywood walls were installed around its base, obscuring inscriptions on the pedestal.

But on Monday an Alabama judge rejected his arguments and overturned the law.

The wooden barrier around a Confederate monument in #LinnPark will remain in place for the time being. A judge ruled yesterday the Alabama Memorial Preservation Act doesn't require the city of #Birmingham to remove the barrier. #confederate #historicalmonument pic.twitter.com/WDa58Tjcpv

"The state has placed a thumb on the scale for a pro-confederacy message," Jefferson County Circuit Judge Michael Graffeo wrote in his opinion, saying that by forcing the city to leave the monument alone, the state was infringing on Birmingham's right to free speech.

"A city has a right to speak for itself, to say what it wishes, and to select the views that it wants to express," Graffeo added. He said the law didn't provide adequate ways for the city to reject the monument's "message of white supremacy."

In a statement provided to NPR, Marshall's office said it still believes the law is constitutional and that it will appeal the ruling.

In his decision, the judge wrote that the city's current residents have an obvious desire to distance themselves from Confederate imagery.

"It is undisputed that an overwhelming majority of the body politic of the city is repulsed by the Monument," Graffeo wrote. When he ordered the monument covered up, former Mayor William Bell told member station WBHM he wished the obelisk would eventually be moved to a museum and away from the center of the majority African-American city.

In court, the city had argued that the construction of the wooden screen wasn't technically an alteration of the monument. The attorney general's office disagreed, asking the court to fine the city $25,000 a day for their alleged violation of the state law. Monday's decision means the city won't have to pay that fine.

The city's current mayor, Randall Woodfin, told the Associated Press he approves of the judge's decision. He said the city is weighing what to do next with the monument, but said that it won't be completely removed before the state's appeal is considered.

The Alabama decision comes as another high-profile Confederate statue is being decided. On Tuesday, the remnants of the "Silent Sam" Confederate statue at the University of North Carolina at Chapel Hill were hauled away and put in storage; it had been damaged by protesters in August.

Carol Folt, the school's chancellor said in an open letter released earlier Tuesday that "the presence of the remaining parts of the monument on campus poses a continuing threat both to the personal safety and well-being of our community and to our ability to provide a stable, productive educational environment."