Accessibility links
Ohio Sen. Sherrod Brown Moves Closer To Joining 2020 Campaign The Ohio Democrat told NPR on Wednesday that Democrats "need to win in the heartland" as he announced a tour of states holding the first primaries in 2020. 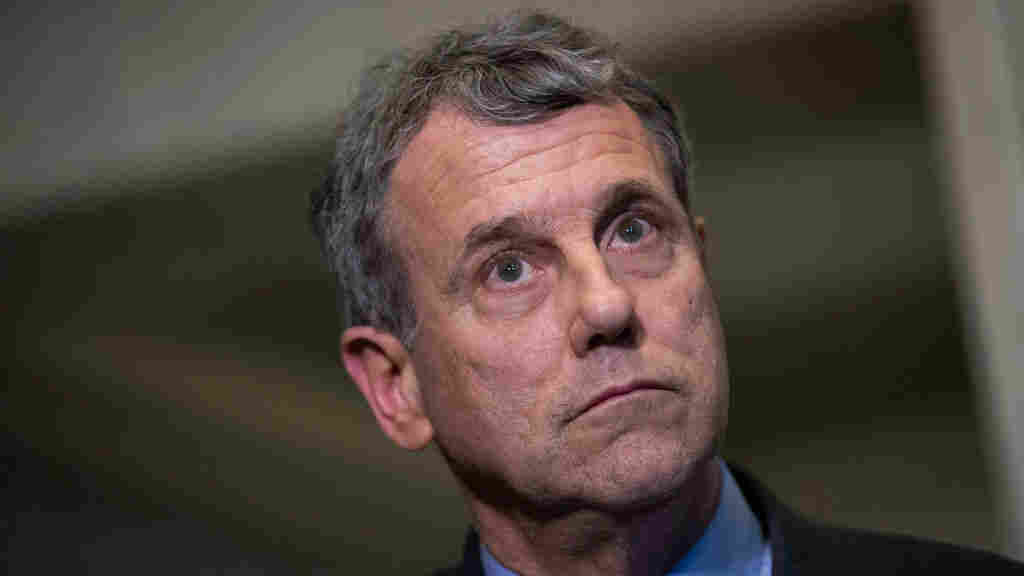 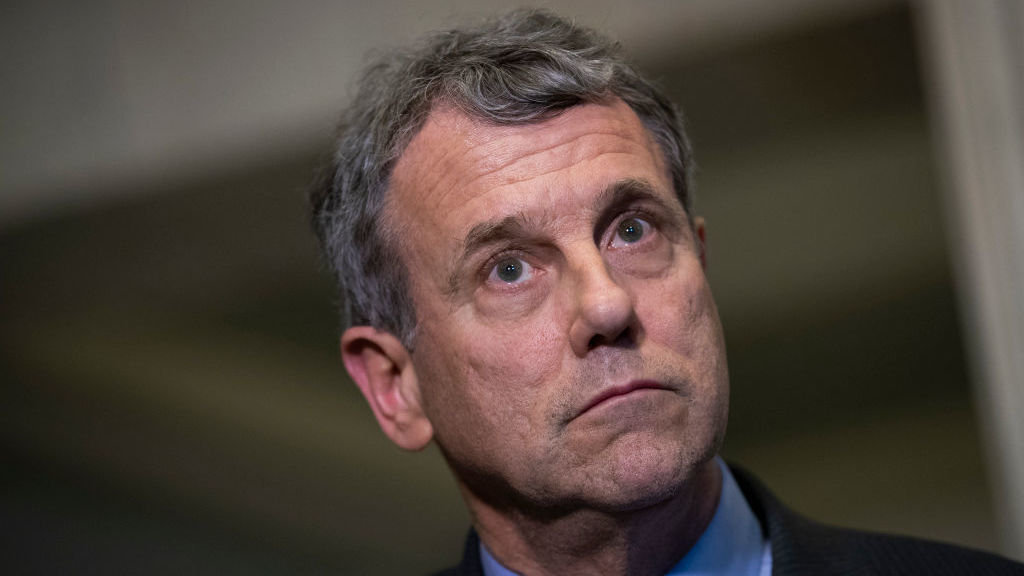 Sen. Sherrod Brown, D-Ohio, looks on during a press conference on Capitol Hill in December 2018.

Seeking to counter President Trump's appeal to white, working-class voters that helped him flip Ohio and other key midwestern states, Brown is launching a "Dignity of Work" tour through Iowa, New Hampshire, Nevada and South Carolina.

"Too many Democrats, the national Democratic Party, sees this in kind of this false choice of Democrats speak to the progressive base, or speak to working class families regardless of race. I think you need to do both," Brown told NPR's Morning Edition on Wednesday. Brown said he would ultimately decide whether to run in March, after his tour.

These are Brown's first trips to these key early states as the 2020 campaign starts. New York Sen. Kirsten Gillibrand, who announced she's running on Tuesday, will be visiting Iowa this weekend. Ultimately as many as two dozen Democrats may run.

"I hope that they all adopt the dignity of work," Brown said. "I think we need to win in the heartland," he added, emphasizing the need to do so by appealing to progressives and working class voters across different races.

Brown is a longtime lawmaker, but someone who's not sought the spotlight as much as some of his other Senate colleagues who also might run. Brown served as Ohio's secretary of state in the 1980s and was then elected to Congress in 1992. He represented the Cleveland suburbs in the House until he was elected to the Senate in 2006, defeating Republican incumbent Mike DeWine.

After winning re-election last year in a state that President Trump carried amid other GOP statewide victories, chatter of a possible Brown presidential bid began to bubble up, and the Ohio senator said he was considering running.

"I didn't grow up aspiring to be president of the United States," Brown told NPR shortly after the 2018 midterm elections. "My dream was to play center field for the Cleveland Indians, and I think that door is closed. So right after the election, my wife, Connie, and I just had an overwhelming number of people saying, with what you did in Ohio, with your message in Ohio, with your fight for workers ongoing - that you should think about doing this."

A strong ally of labor unions, Brown hopes his brand of economic populism can counter Trump's strength with blue collar voters in the Midwest and elsewhere in the country. Like Trump, he's criticized trade deals such as NAFTA and supports some tariffs on imported products.

He referred to Trump on Wednesday as a "phony" populist. "Candidate Trump campaigned as a populist, then he governed as a royalist," he said.

Brown criticized Trump for manufacturing his branded products with low wage labor overseas and contrasted his rhetoric with Trump, saying he does not pit workers in other countries against American workers or use "racist" language.

Hillary Clinton has said she considered Brown as a vice presidential running mate on the 2016 Democratic ticket before choosing Sen. Tim Kaine, D-Va.

After Democrats performed badly in 2016 among white, working-class voters, which helped flip Ohio, Wisconsin, Michigan and Pennsylvania to the GOP, Brown also told NPR last year that defeating Trump means focusing on the concerns of workers.

If Brown decides to run, he'd face a growing field. Aside from Gillibrand, Sen. Elizabeth Warren, D-Mass., Rep. Tulsi Gabbard, D-Hawaii, and former Housing and Urban Development Sec. Julián Castro have announced they're running, with many others still considering whether to launch campaigns and likely to join by the time Brown decides in March.