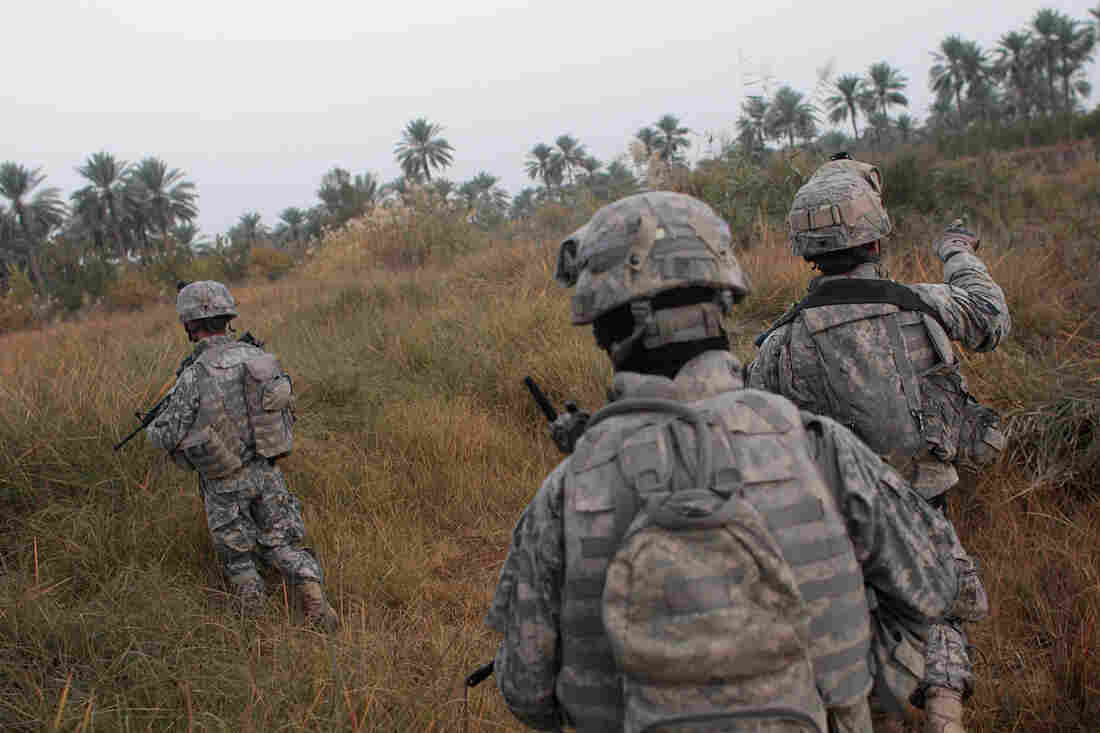 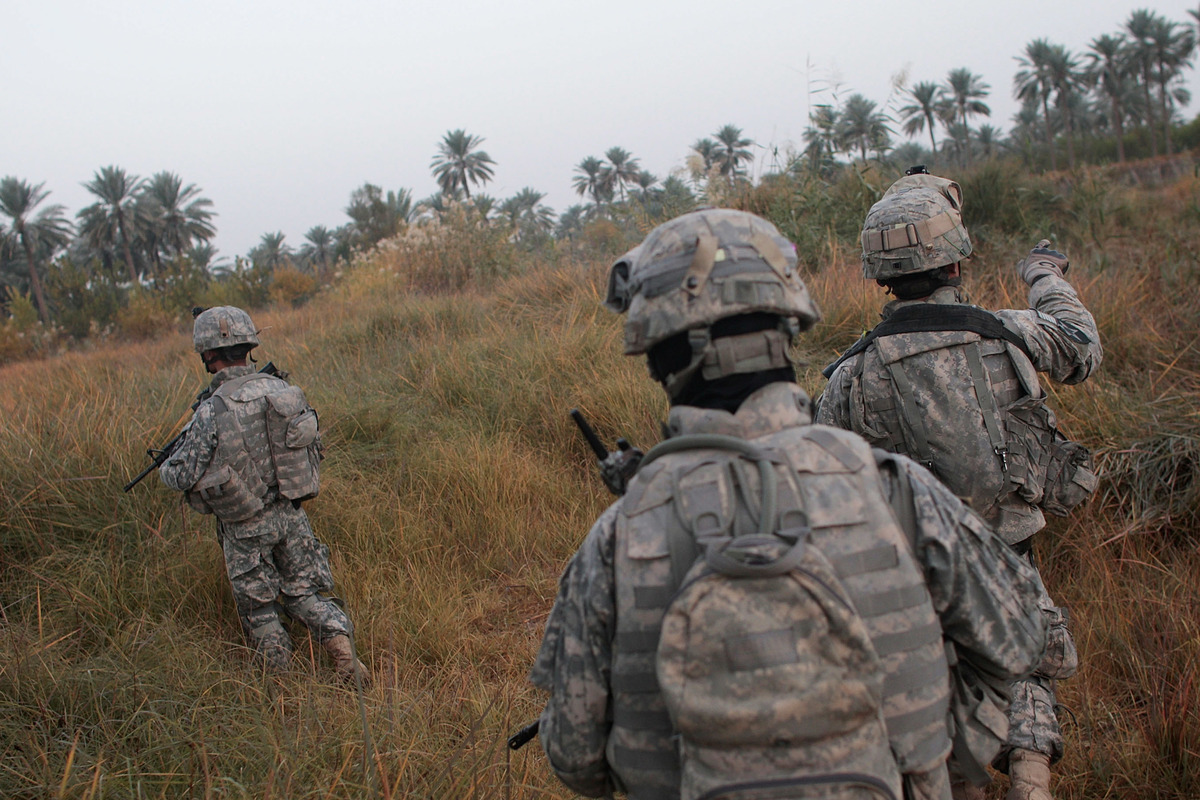 U.S. soldiers traverse fields on the way to conducting house-to- house searches in 2007 in Mukhisa, Iraq.

A decade-long fight ended at the Supreme Court this week, when justices refused to hear an appeal by veterans of Iraq and Afghanistan who say that toxic smoke from burn pits made them sick.

Hundreds of those veterans had sued the military contracting giant KBR, Inc., but lost first in U.S. district court and then again last year in the U.S. Court of Appeals for the 4th Circuit. The 4th Circuit said KBR was under U.S. military direction when it burned tires and medical waste next to soldiers' barracks, and can't be held liable.

"America has turned its back on its war heroes. It's disgusting," said Rosie Torres, whose husband Leroy was a plaintiff in the case.

Leroy Torres served in the Army Reserve for 23 years. In 2007 he was stationed at Balad Air Base in Iraq, a city-sized military installation that produced tons of garbage.

KBR had a contract with the U.S. military to dispose of that trash,. Torres, like many service members, was breathing the smoke from the massive open burn pit.

By the time he came home in 2008 Torres needed immediate hospitalization for what turned out to be lung disease.

"As a husband, a father and a first responder, I have been deprived of my dignity, honor and health," Torres told a congressional hearing last June.

"I returned home from war to face a health care system that failed me and an employer too afraid to understand an uncommon war injury resulting in termination of my law enforcement career," he said — "subsequently facing foreclosure, while at the same time receiving VA denial letters for compensation for illnesses still not recognized by VA."

The Torres' started an organization called Burn Pits 360, and in part due to their lobbying, the VA created a registry where more than 160,000 veterans — and counting — have reported symptoms that they believe came from burn pit exposure.

Hundreds of them were part of a lawsuit against KBR, which they claimed was negligent and violated its contract with the military by exposing troops to toxins.

The lawsuit has been going nearly a decade — until it finally died Monday when the Supreme Court declined to hear the case, letting stand the lower court decision.

In the course of the litigation, KBR successfully argued that it was acting under military supervision and is immune from liability. The courts never took up the question of whether the burn pits caused harm, according to James Ledlie, an Army vet and lawyer for the plaintiffs.

"Our veterans deserve better. There's no doubt that they were exposed to burn pits run by civilian contractors, and it's unfortunate that they didn't have their day in court to have their claims truly adjudicated on the merits," Ledlie said.

KBR has previously argued in similar litigation that it should be reimbursed for its legal fees — which in this case could be tens of millions of dollars.

Neither KBR nor the Pentagon commented for this story.

Vets who believe the burn pits made them ill must now rely on Congress to direct the VA to treat and compensate them — which is a problem, says Paul Rieckhoff, of Iraq and Afghanistan Veterans of America.

Agent Orange, the defoliant used in Vietnam, was later linked to cancer, but the VA didn't recognize those cancers as service-related until decades after many veterans died of their illnesses.

The VA recognized most of their claims in 2010, but a number of vets exposed to Agent Orange on ships off Vietnam aren't presumed to have a service-related condition.

Rieckhoff says the data aren't conclusive yet about burn pits causing the illness, but the fight is feeling familiar.

"The real parallel with Agent Orange is it seems like we're fighting the government to recognize that this exists," he said. "There are Vietnam vets right now still fighting for Agent Orange presumption. We don't want to be in the same spot 40 years from now fighting for recognition and health care support for burn pits."

That fight shifts to Congress, which is where burn pit veterans will have to turn next, now that they've lost in court.