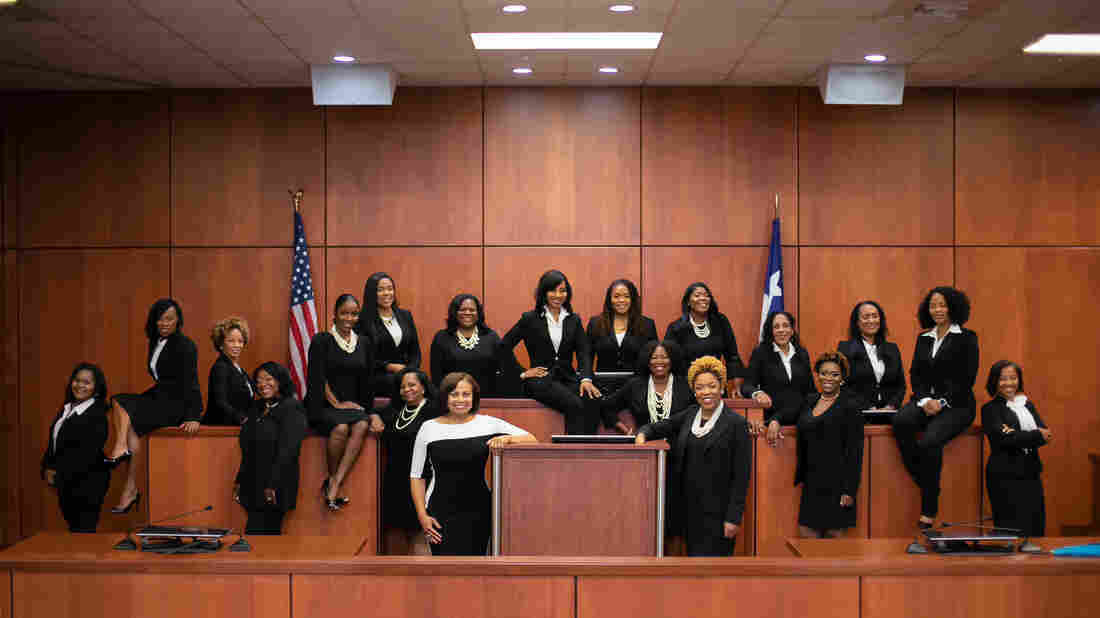 Harris County, Texas, one of the most diverse urban areas of the country, now has 19 African-American women on the bench. The group calls itself "Black Girl Magic." Harris County Democratic Party hide caption 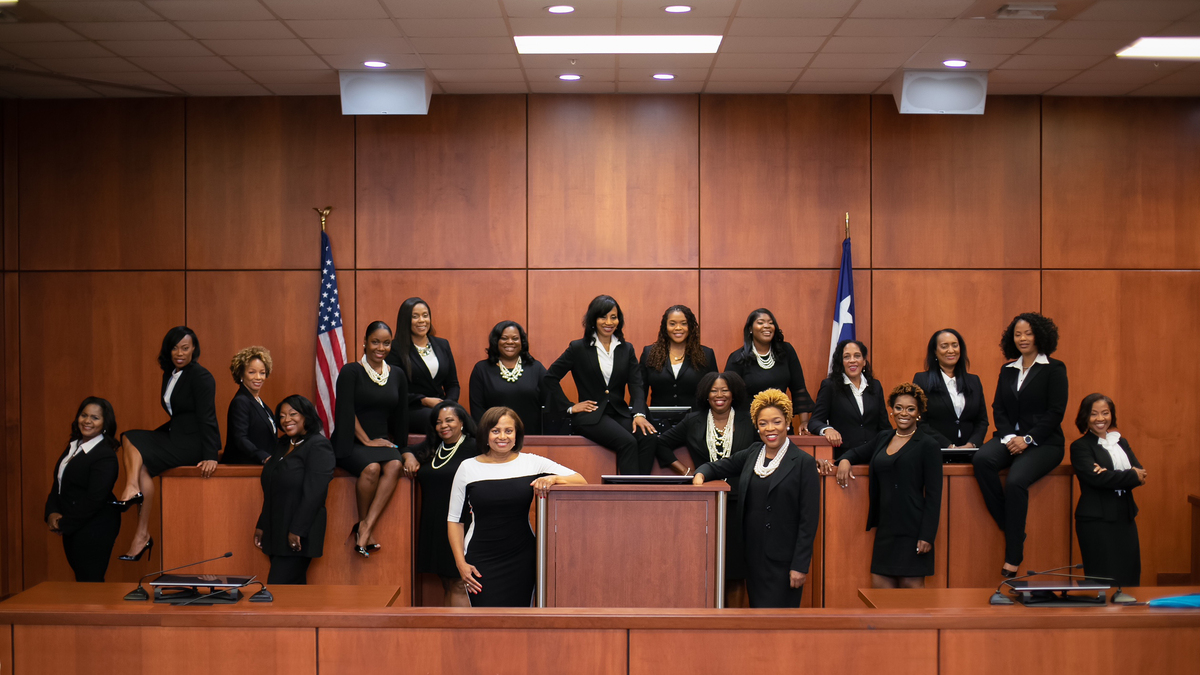 Harris County, Texas, one of the most diverse urban areas of the country, now has 19 African-American women on the bench. The group calls itself "Black Girl Magic."

Though Houston and Harris County make up one of the most ethnically and racially diverse metro areas in the country, that hasn't always been reflected in its judges. But the region recently took a big step towards representation when it elected an additional 17 African-American women to the bench, bringing the total number of African-American women judges in the county to a record 19.

Erica Hughes is the presiding judge for Harris County Criminal Court-at-Law Number 3. Hughes is a former Army lawyer who still serves in the Texas Army National Guard. She's one of the Houston 19, the group that has also come to call themselves, "Harris County Black Girl Magic."

"A few of us are on the same floor, so of course we would see each other every day," Hughes says. "So, it's great to have them available and accessible and so close." Shannon Baldwin, the presiding judge of Harris County Criminal Court-at-Law Number 4, shares Hughes' courtroom.

Last year, the Harris County Democratic Party held a meet-and-greet that included every candidate for every office on its slate. The candidates packed into a small room and introduced themselves one-by-one by their name and office they were running for. At that point, Baldwin says no one suggested running as a group.

"Once we moved past the primary election, we realized that there was this great phenomenon, if you will, a large number of African-American women running for judge," Baldwin says. That's when it occurred to them to get together, "We thought it would be a motivating factor to our voting base."

The phrase "Black Girls Are Magic" had been circulating on social media for at least five years. "The idea of 'Black Girl Magic' in and of itself is just a celebration of the accomplishments of African-American women in various sectors within society, and typically those where we're underrepresented, such as the judiciary here in Harris County," says Judge Tonya Jones.

"I've even had parents that tell me that their daughters took the picture that we had and they framed it, and it's actually on their wall in their bedroom," says Judge Cassandra Holleman, explaining that throughout the campaign, voters constantly told her how inspirational they found the image.

There were other factors that played into the victory of the 19. Senate candidate Beto O'Rourke lost the state to Republican Ted Cruz, but he carried Harris County by 17 points.

"Obviously, we benefited from straight-ticket voting," Judge Shannon Baldwin says. "Even more so, we benefited from Beto O'Rourke and what he was able to accomplish in Harris County. But let it not go unnoticed that the 19 worked exceptionally hard."

The fact is, a big reason Houston and its suburbs have been trending blue is because they're so diverse, a phenomenon across the country. This cycle, Harris County also saw record numbers of Hispanic-American, Asian-American and LGBT candidates. And the more such candidates win, the more it encourages younger people of diverse backgrounds to believe they can do the same.