Accessibility links
Shutdown Will Be Worse For Economy Than First Thought, White House Says White House officials reportedly say that each week of the shutdown will subtract 0.1 percentage point from growth — double the administration's original estimate. 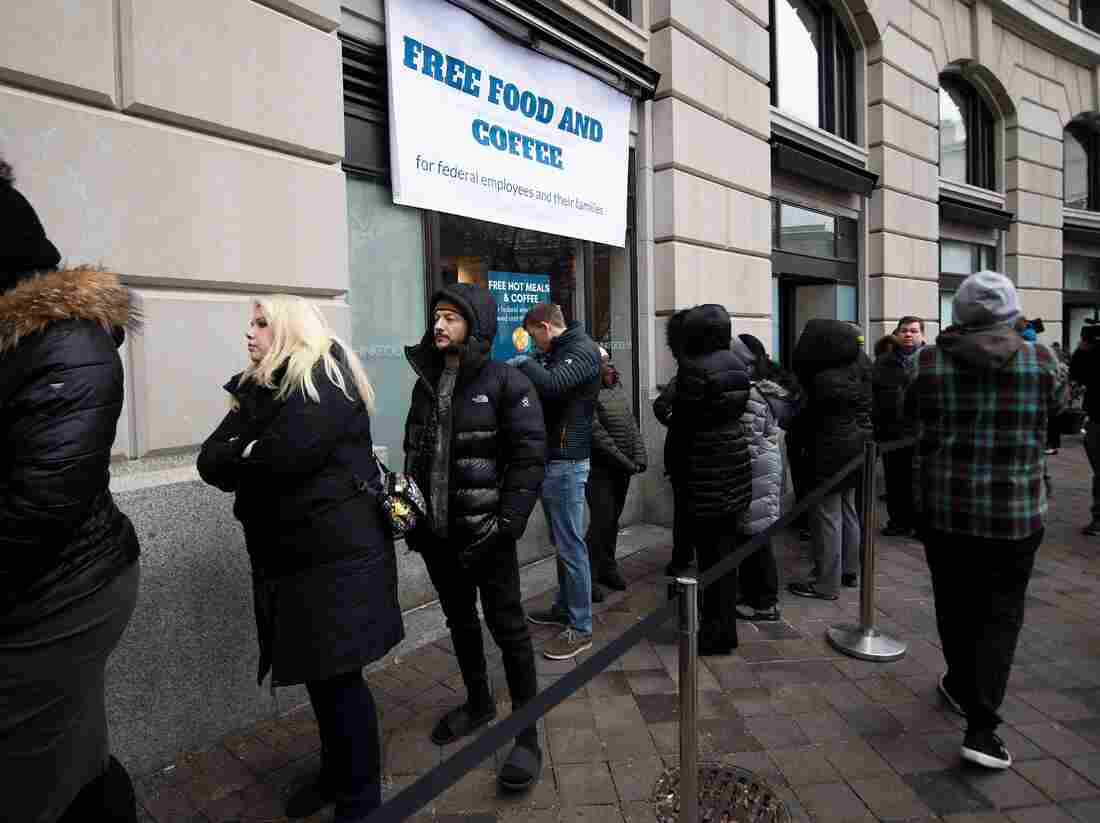 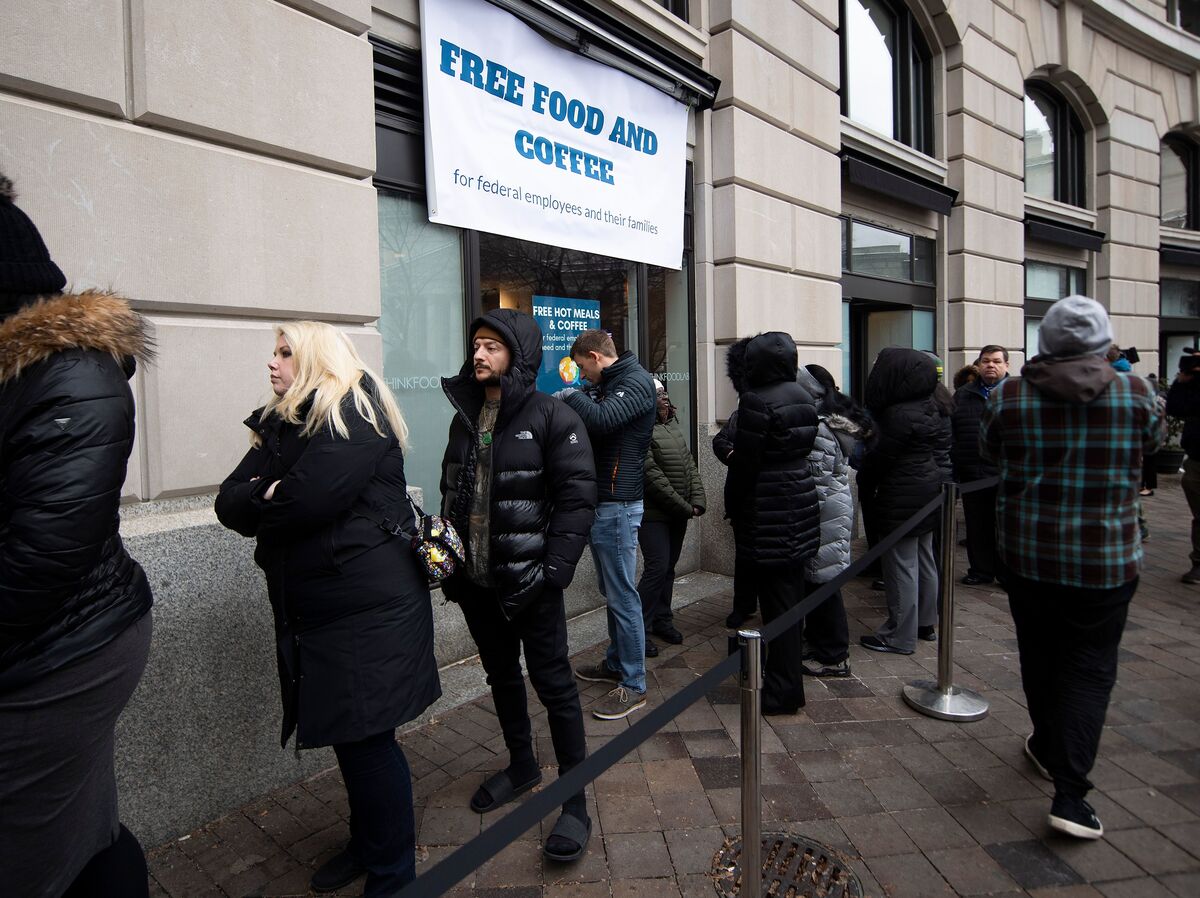 Federal workers stand in line for a free hot meal in Washington, D.C., on Wednesday.

The partial government shutdown is inflicting far greater damage on the U.S. economy than the Trump administration previously estimated, the White House acknowledged.

President Trump's economists have now doubled projections of how much economic growth is being lost each week.

They originally estimated the partial shutdown would subtract 0.1 percentage point from economic growth every two weeks. Now, they see that loss happening every week the shutdown lasts, according to a CNBC report citing an unnamed official.

The economy grew at a 2.8 percent annual pace in the fourth quarter of 2018, according to an estimate by the Federal Reserve Bank of Atlanta.

The partial shutdown — the longest in U.S. history — is in its fourth week.

During an interview on the Fox Business Network, Hassett, the chairman of the Council of Economic Advisers, noted that White House economists had originally miscalculated the rate of damage in part because they failed to account for government contractors.

About 4.1 million people work under federal contracts, but there are no official numbers on the number of contractors affected by the shutdown.

"We've got a very large federal workforce with a majority of employees who are not on Uncle Sam's direct payroll," New York University federal workforce expert Paul Light told NPR earlier this month. "They will not get paid for this unpaid vacation, and I'm not sure how they'll recover if this shutdown continues much longer."