Accessibility links
Matchmaking Scientists Find Romeo The Frog His Own Juliet It's been a 10-year quest but researchers have discovered a female Sehuencas water frog that could help save the species from extinction.

Matchmaking Scientists Find Romeo The Frog His Own Juliet

Matchmaking Scientists Find Romeo The Frog His Own Juliet 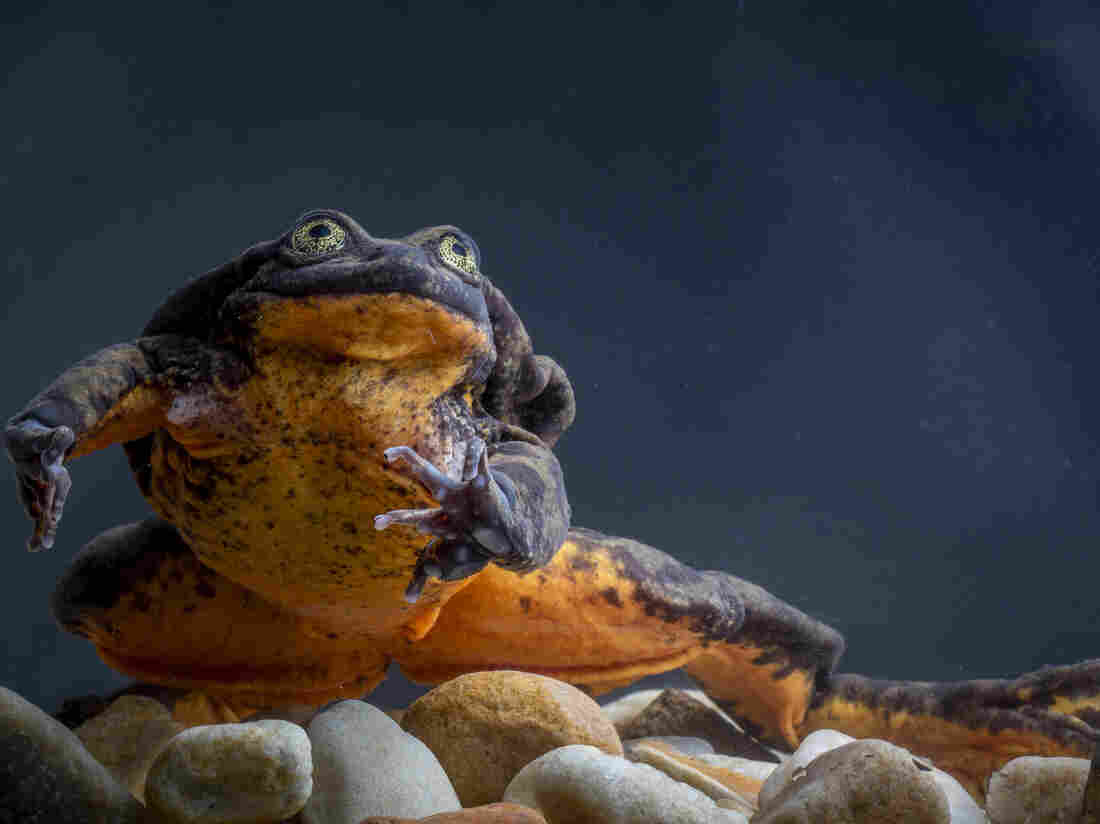 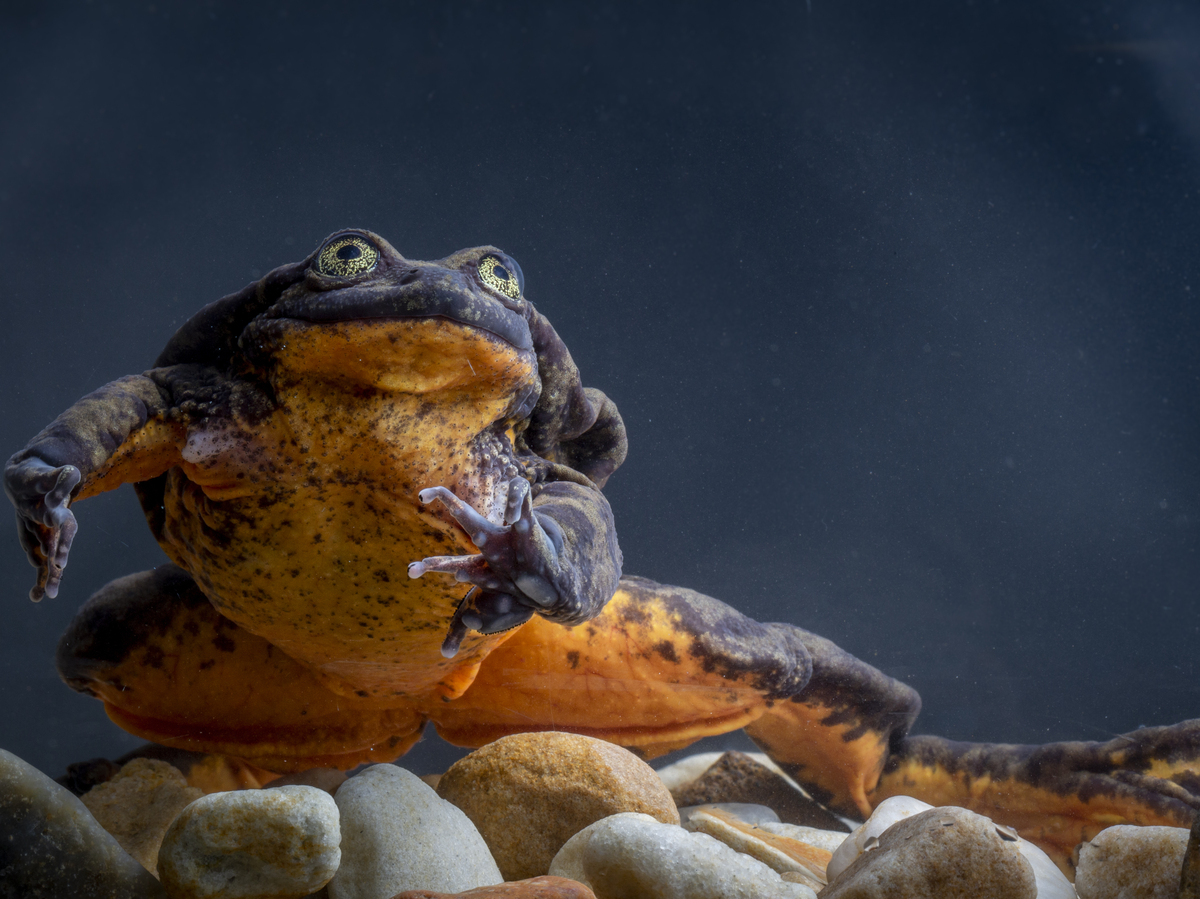 While Shakespeare's Romeo spent only about two days banished in Mantua, away from his beloved Juliet, Romeo the frog has remained in complete isolation — sans love interest, cousins, friars or friends — living in a laboratory for the last 10 years. But that's all about to change.

The world-famous amphibian was believed to have been the last of his kind – a Bolivian Sehuencas water frog (Telmatobius yuracare) – and lived under the protection of researchers at the Museo de Historia Natural Alcide d'Orbigny in Cochabamba City. They have made it their mission to find Romeo a special lady friend who might respond positively to his plaintive mating calls and help save the species from becoming extinct.

Year after year, scientist scoured Bolivia's cloud forests for signs of other googly-eyed, orange-bellied Sehuencas, but they've always come up empty, until recently.

On Tuesday, the museum's chief of herpetology, Teresa Camacho Badani, announced that after days of searching, her expedition team had found five healthy frogs, including two females. One is a little young for the frog-world's hottest bachelor, but the second, named Juliet (naturally), appears to be an ideal match of reproductive age. 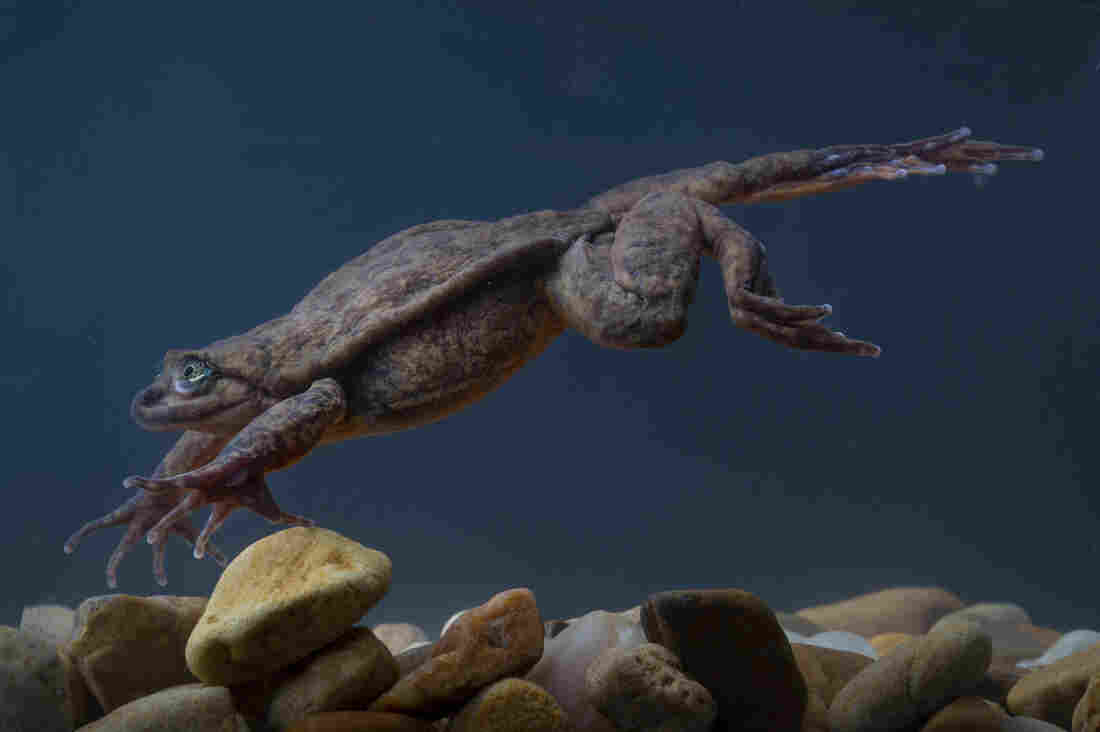 "The entire team was wet and tired, but we decided to look in one more stream before returning to the camp. We weren't too hopeful because we didn't have much room to explore—there was a waterfall at the end of the stream that would stop us from moving forward," Camacho told Global Wildlife Conservation, which has partnered with the museum to find a girlfriend for Romeo.

Despite their skepticism, Camacho said, they gave it another go. "I got into the pond while the water splashed all over me and dove my hands into the bottom of the pond, where I managed to catch the frog. When I pulled it out, I saw an orange belly and suddenly realized that what I had in my hands was the long-awaited Sehuencas Water Frog," she recalled.

That particular slippery creature was a male Sehuencas but within a couple of days the team found a handful of his companions in the same pond. It is the first time since Romeo was captured by Camacho in 2008 that the species had been spotted in the wild.

"It was an incredible feeling!" Camacho said.

It appears Romeo (or at least the human behind his Twitter account) is thrilled about the discovery, too. He's posted a deluge of thirsty messages on Twitter.

MY JULIET IS FOUND!!! After a decade of being the world’s loneliest frog, I am lonely no longer! Thank you @Global_Wildlife and @MuseodOrbigny for finding my long-lost love. What a great day! #Match4Romeo #ConservationOptimism #Love #SehuencasWaterFrog #JulietFound #HappyDance https://t.co/2SC2X48IDQ

"MY JULIET IS FOUND!!! After a decade of being the world's loneliest frog, I am lonely no longer!" Romeo tweeted.

Another introduced the bachelorette to the world in a 10-second video. "Isn't she lovely?" it asks, while she swims across the screen.

CNN reported the scientists are waiting until Valentine's Day to introduce the pair.

So far, Juliet and the four other newly discovered Sehuencas are being quarantined so they can acclimate to their new environment, designed to replicate their natural habitat. Scientists also need to ensure Romeo's new main squeeze is disease free; one factor that's driven the species into near extinction is the spread of an infectious disease called chytridiomycosis.

In his dating profile, uploaded nearly a year ago, Romeo described himself as "A pretty simple guy."

"I tend to keep to myself and have the best nights just chilling at home, maybe binge-watching the waters around me," he said. And, lest prospective love interests be turned off by his sedentary nature, he added, "I do love food, though, and will throw a pair of pants on and get out of the house if there's a worm or snail to be eaten!"

As for the kind of lady-frog he's interested in, Romeo wrote, "I'm not picky."

But he did specify he prefers stocky and bald female frogs who measure between 2 to 3 inches who's "definitely" interested in having kids.

Camacho said she's optimistic the two frogs will hit it off.

"She likes worms as much as Romeo likes them!" Camacho said of Juliet. "She is very strong, and swims very fast. She looks great and is healthy. Opposites attract—while Romeo is very shy, Juliet is not at all! So we think she will make an excellent match for Romeo."