Accessibility links
Mary Oliver, Who Believed Poetry 'Mustn't Be Fancy,' Dies At 83 Oliver wasn't always appreciated by critics, but she was still one of the country's most popular poets. In 2012, she told NPR, "Poetry, to be understood, must be clear." 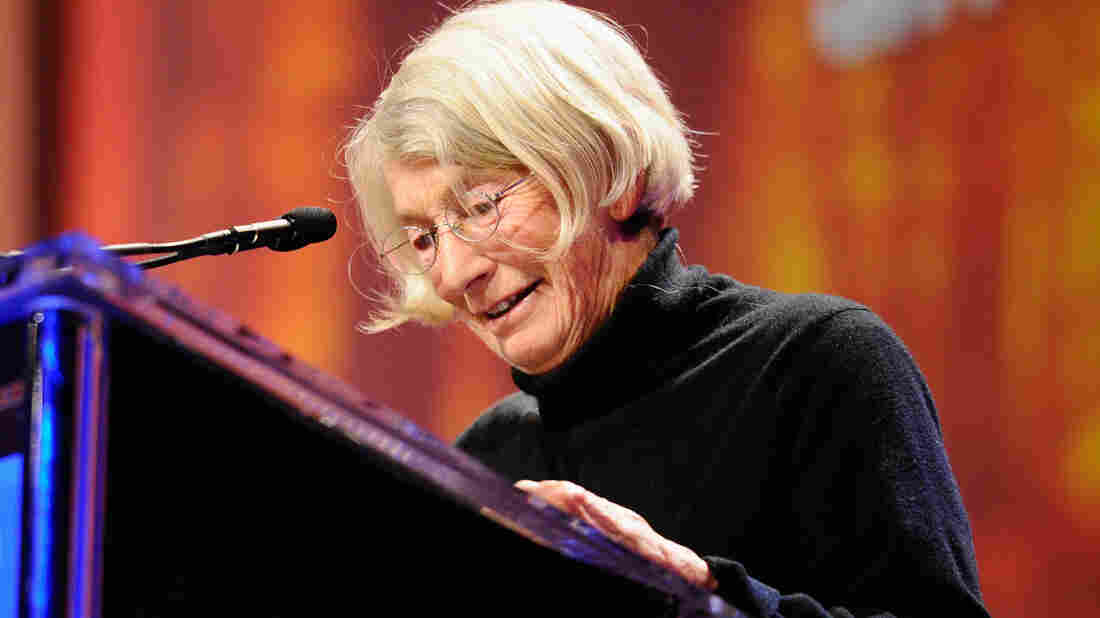 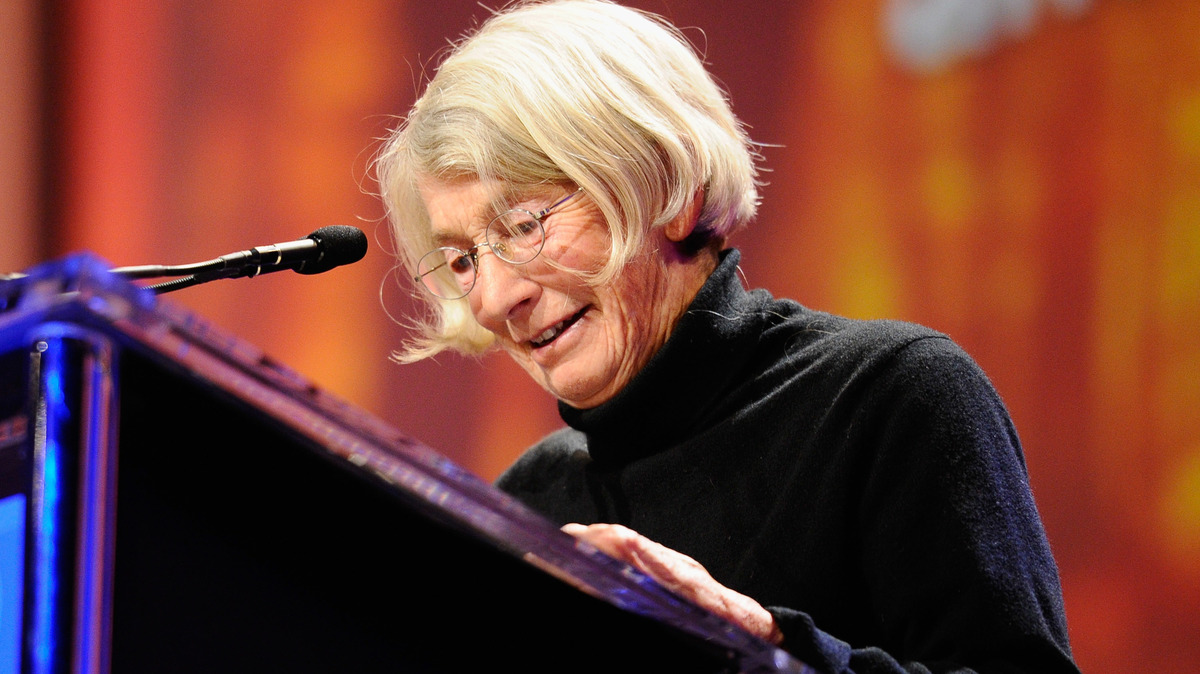 Poet Mary Oliver speaks at the 2010 Women's Conference in California.

Much-loved poet Mary Oliver died Thursday of lymphoma, at her home in Florida. She was 83. Oliver won many awards for her poems, which often explore the link between nature and the spiritual world; she also won a legion of loyal readers who found both solace and joy in her work.

Oliver got a lot of her ideas for poems during long walks — a habit she developed as a kid growing up in rural Ohio. It was not a happy childhood: She said she was sexually abused and suffered from parental neglect. But as she told NPR in 2012, she found refuge in two great passions that lasted her entire life.

She said, "The two things I loved from a very early age were the natural world and dead poets, [who] were my pals when I was a kid."

Oliver published her first collection, No Voyage and Other Poems, in her late 20s. She went on to win the Pulitzer Prize and the National Book Award. But writer Ruth Franklin believes such recognition probably wasn't that important to Oliver. "I always had a sense of her as somebody who was just interested in following her own path, both spiritually and poetically," she says.

In a New Yorker article about Oliver's 2017 book, Devotions, Franklin wrote that Oliver wasn't always appreciated by critics, but she was still one of the country's most popular poets. And there's a reason for that.

"Mary Oliver isn't a difficult poet," Franklin says. "Her work is incredibly accessible, and I think that's what makes her so beloved by so many people. It doesn't feel like you have to take a seminar in order to understand Mary Oliver's poetry. She's speaking directly to you as a human being."

Oliver told NPR that simplicity was important to her. "Poetry, to be understood, must be clear," she said. "It mustn't be fancy. I have the feeling that a lot of poets writing now, they sort of tap dance through it. I always feel that whatever isn't necessary should not be in the poem."

Oliver lived for many years in Provincetown, Mass., with the love of her life, the photographer Molly Malone Cook. There, she continued her habit of taking long walks, which often inspired poems. She wrote about one such walk in her poem "The Summer Day":

Who made the world?
Who made the swan, and the black bear?
Who made the grasshopper?
This grasshopper, I mean-
the one who has flung herself out of the grass,
the one who is eating sugar out of my hand,
who is moving her jaws back and forth instead of up and down-
who is gazing around with her enormous and complicated eyes.
Now she lifts her pale forearms and thoroughly washes her face.
Now she snaps her wings open, and floats away.
I don't know exactly what a prayer is.
I do know how to pay attention, how to fall down
into the grass, how to kneel down in the grass,
how to be idle and blessed, how to stroll through the fields,
which is what I have been doing all day.
Tell me, what else should I have done?
Doesn't everything die at last, and too soon?
Tell me, what is it you plan to do
with your one wild and precious life?

Many of Oliver's poems are a joyful celebration of nature, but she also wrote about the abuse she suffered as a child and her first brush with death from lung cancer. Ruth Franklin says her work is infused with a deep spirituality. "The way she writes these poems that feel like prayers, she channels the voice of somebody who it seems might possibly have access to God. I think her work does give a sense of someone who is in tune with the deepest mysteries of the universe."

In her poem "When Death Comes," Oliver wrote this about the inevitable: "When it's over, I want to say all my life/ I was a bride married to amazement."

Tom Cole edited this story for broadcast, and Nicole Cohen adapted it for the Web.