Accessibility links
Review: 'Who Will Write Our History' Is A Tale Of Survival In this stirring documentary, the secret archive maintained by members of the Warsaw Ghetto comes to vivid life through historical footage and reenactments. 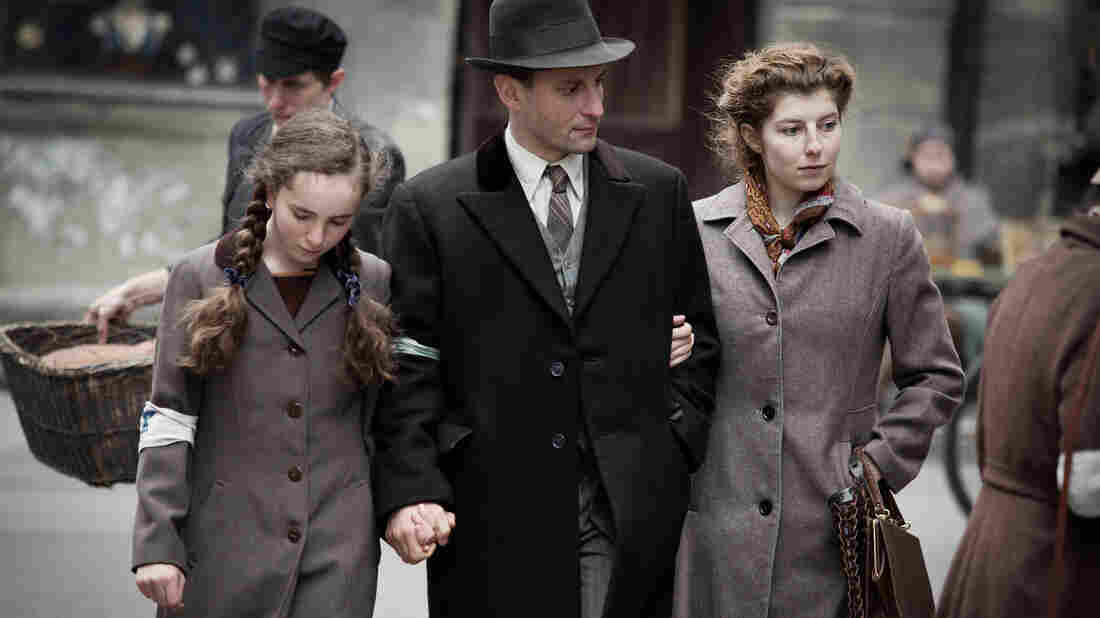 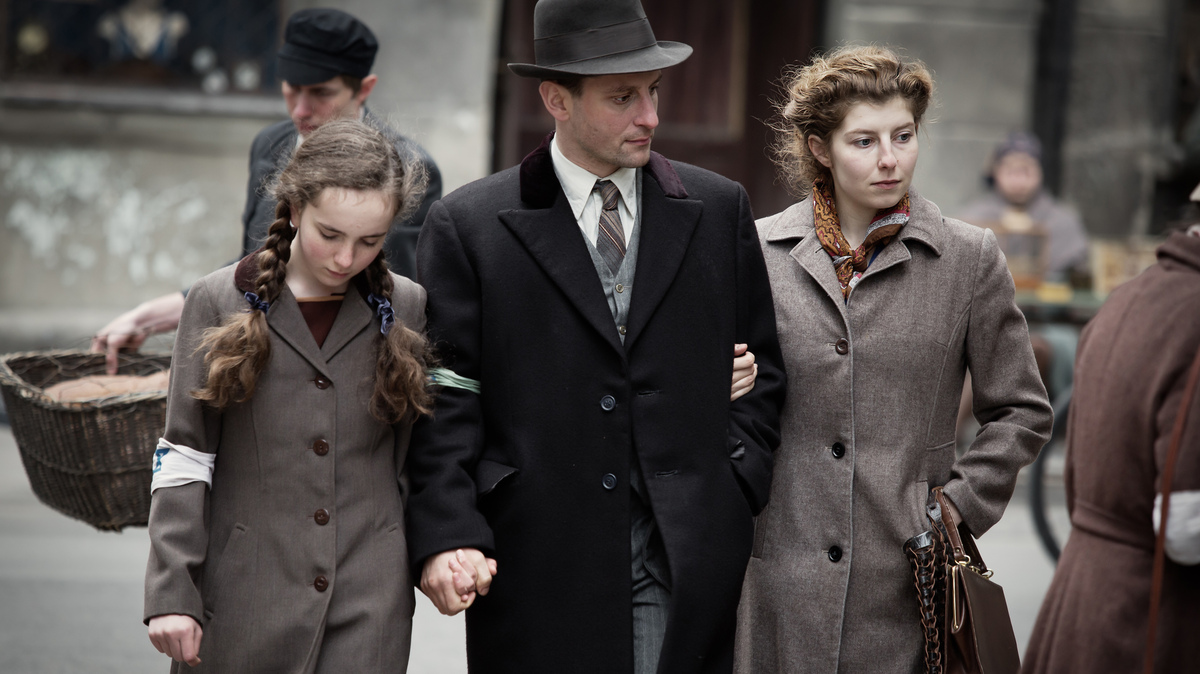 Who Will Write Our History employs reenactors to tell its stories, including that of (l to r) Ora Lewin (Roberta Grossman), Abraham Lewin (Wojciech Zielinski) and Marta Lewin (Julia Lewenfisz-Gorka).

Although it's about the Warsaw Ghetto, nearly all of whose inhabitants were murdered, Who Will Write Our History is a tale of survival. So it's fitting that the documentary begins with the 1946 return to Warsaw of Rachel Auerbach, who was among the one percent of Polish Jews the Nazis didn't manage to kill between 1939 and 1945.

Auerbach had been imprisoned in the ghetto, where she and about 60 others labored on this film's subject: the clandestine archive whose code name was "Oyneg Shabes" (joy of the Sabbath). Fully aware that they and their neighbors were unlikely to live to tell their stories, the members of Oyneg Shabes collected writings, documents, and artifacts. Just before the April 1943 ghetto uprising, the archivists buried the material in three caches. (Two were unearthed in, respectively, 1946 and 1950; the third remains underground.)

The history of this remarkable undertaking was recounted in a 2007 book by American historian Samuel Kassow, who's one of the people interviewed by writer-director-producer Roberta Grossman. But most of the movie's testimony is delivered from beyond the grave by Auerbach (whose words are read by Joan Allan), archive organizer Emanuel Ringelblum (Adrien Brody), and a few others.

The archive's organizers are played in reenactments by actors, notably Jowita Budnick as Auerbach and Piotr Glowacki as Ringelblum. These performers appear in new scenes and are also inserted into archival footage, which is sometimes colorized. Occasionally, individual visual details are highlighted in color in otherwise black-and-white shots. This is a gambit used in Schindler's List by director Steven Spielberg, brother of Who Will Write Our History executive producer Nancy Spielberg.

The movie's CGI tactics can be distracting, and purists might even find them distasteful. But the filmmakers aren't simply trying to appeal to viewers who might be bored by a movie constructed entirely of historical material. The mix of old and new elements actually makes an argument for the movie's approach.

Who Will Write Our History includes clips from German propaganda films, including The Triumph of the Will, Leni Riefenstahl's notorious hymn to Hitler. Voiceover commentators identify these snippets not merely as deceptive, but also as precisely the sort of Nazi defamation the Oyneg Shabes archive was designed to counter. In a sense, Grossman is attempting to right history by repurposing German-shot footage in a movie about the bravery and nobility of Polish Jews.

Nobility is a luxury for people imprisoned in a way station to annihilation, and the film does include expressions of futility, despair, and outrage at the conduct of fellow Jews. Auerbach worked in a soup kitchen that, some argued, just postponed rather than averted starvation. Another point of debate the archive documents is the proper attitude toward others's suffering: Is callousness an expression of weakness or strength?

The writings that were buried under the ghetto, soon to be burned to the ground by German troops, offer as many viewpoints as the people who contributed their words to the project. Together, though, they constitute what one historian calls "one great accusation."

Who Will Write Our History opens Jan. 18 in New York City. On Jan. 27, International Holocaust Remembrance Day, the film will be shown at 200 venues in 40 countries; U.S. locations include the United States Holocaust Memorial Museum in Washington D.C. and the Museum of Tolerance in Los Angeles.