Accessibility links
Trump Administration Appeals Ruling Blocking Citizenship Question On 2020 Census The Trump administration is asking the 2nd U.S. Circuit Court of Appeals to review the first major court ruling over plans to add a question about U.S. citizenship status to the 2020 census. 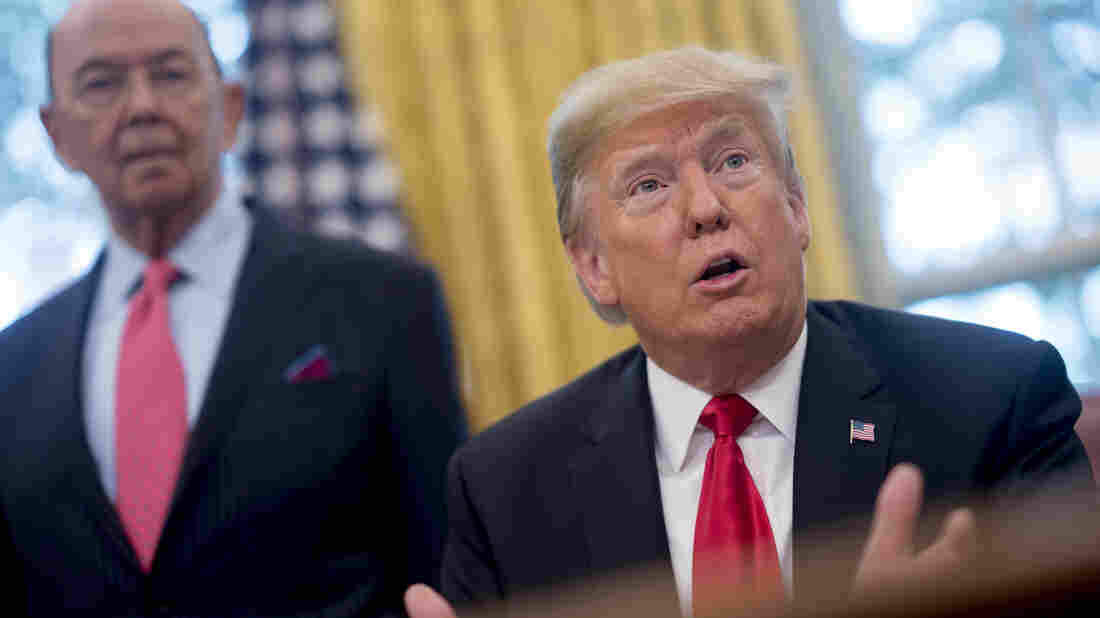 Commerce Secretary Wilbur Ross stands behind President Trump during a bill signing ceremony at the White House in 2018. Ross, who oversees the Census Bureau, approved adding a citizenship question to the 2020 census. Andrew Harrer/Bloomberg via Getty Images hide caption 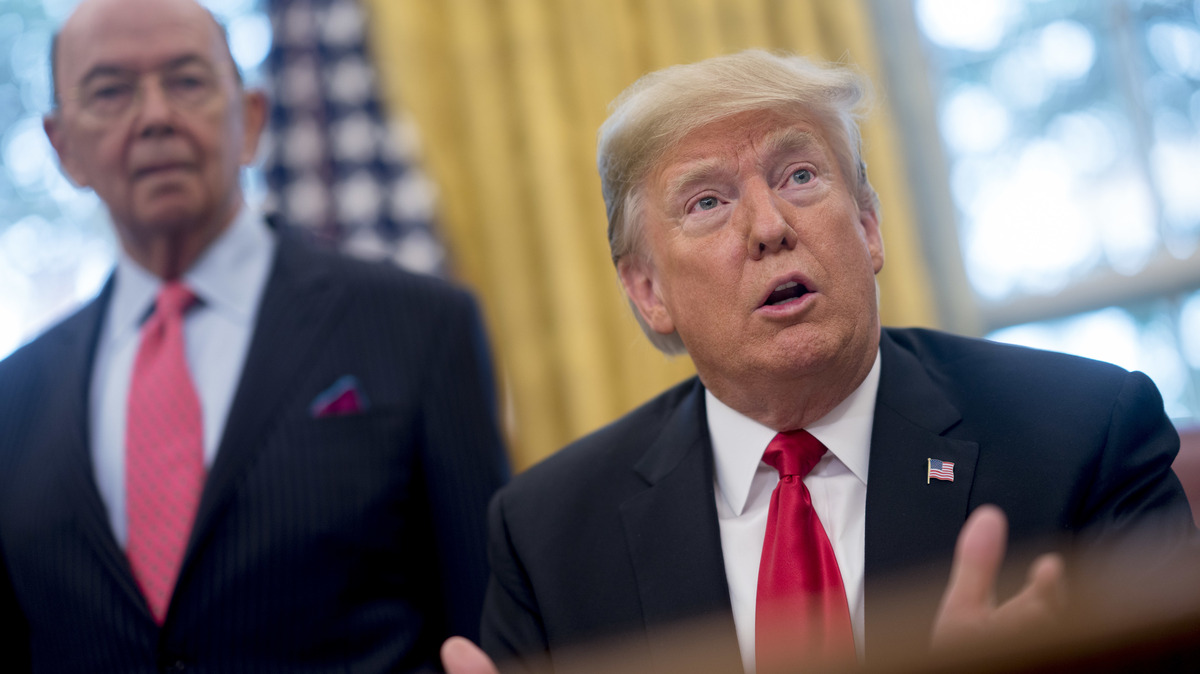 Commerce Secretary Wilbur Ross stands behind President Trump during a bill signing ceremony at the White House in 2018. Ross, who oversees the Census Bureau, approved adding a citizenship question to the 2020 census.

The Trump administration is appealing a federal judge's ruling that blocks plans to add a controversial citizenship question to the 2020 census.

The Justice Department filed a court notice Thursday that says the administration is asking the 2nd U.S. Circuit Court of Appeals to review the first major court decision about the question. That ruling came out of two of the multiple lawsuits by more than two dozen states, cities and other groups that want the question removed.

The question asks, "Is this person a citizen of the United States?"

The administration's move comes two days after U.S. District Judge Jesse Furman issued an opinion for the two lead cases in New York. Furman concluded the decision by Commerce Secretary Wilbur Ross, who oversees the Census Bureau, to add a question about U.S. citizenship to census forms was "unlawful" and made "a veritable smorgasbord of classic, clear-cut" violations of the Administrative Procedure Act.

JUST IN: The Trump administration has appealed the #2020census #citizenshipquestion ruling by U.S. District Judge Jesse Furman to the 2nd U.S. Circuit Court of Appeals👇 pic.twitter.com/jOwPrSDuQq

The administration was expected to appeal Furman's ruling, and the legal battle appears to be headed ultimately to the Supreme Court. The Justice Department's notice of appeal, however, does not specify the grounds on which the administration is basing its appeal to the 2nd Circuit.

On Friday, the Supreme Court cancelled oral arguments, originally scheduled for February, in a related case over an evidence dispute. One of the main issues was whether Ross can be questioned under oath by the plaintiffs' attorneys for the lawsuits, as ordered in September by the U.S. District Court for the Southern District of New York.

Furman, however, based his final ruling blocking the citizenship question on a record of internal emails, memos and other documents the Trump administration was initially required to file for the lawsuits.

"The question whether the district court was correct to order the Secretary's deposition is now moot," argued the plaintiffs' attorneys from the New York state attorney general's office, the ACLU, the New York Civil Liberties Union and the law firm Arnold & Porter in their motion to dismiss filed Thursday with the Supreme Court.

Meanwhile, proceedings are underway for other citizenship question lawsuits around the country. A trial for two cases based in California started earlier this month, and another is expected to begin on Jan. 22 for the two lawsuits based in Maryland.

A question about citizenship has not been included among the census questions for all U.S. households since the 1950 census. The Census Bureau has collected citizenship information from a sample of households for more recent head counts and for the bureau's American Community Survey.

Ross has insisted he approved the question because the Justice Department wants responses from it to help protect the voting rights of racial and language minorities.

Critics worry that including a citizenship question will lead to an undercount of immigrants and communities of color. Research by the Census Bureau suggests asking about U.S. citizenship status in the current political climate is likely to discourage households with noncitizens, including unauthorized immigrants, from participating in a constitutionally mandated head count of every person living in the country.

That, in turn, would have a direct impact on population numbers used to determine how an estimated $880 billion a year in federal funding is distributed and how many congressional seats and Electoral College votes each state is apportioned for the next decade.