Accessibility links
Young Russian Musicians Struggle Under Government Scrutiny A new generation of Russians born after the collapse of the Soviet Union is coming of age and rebelling against the rules of the Putin regime through music. 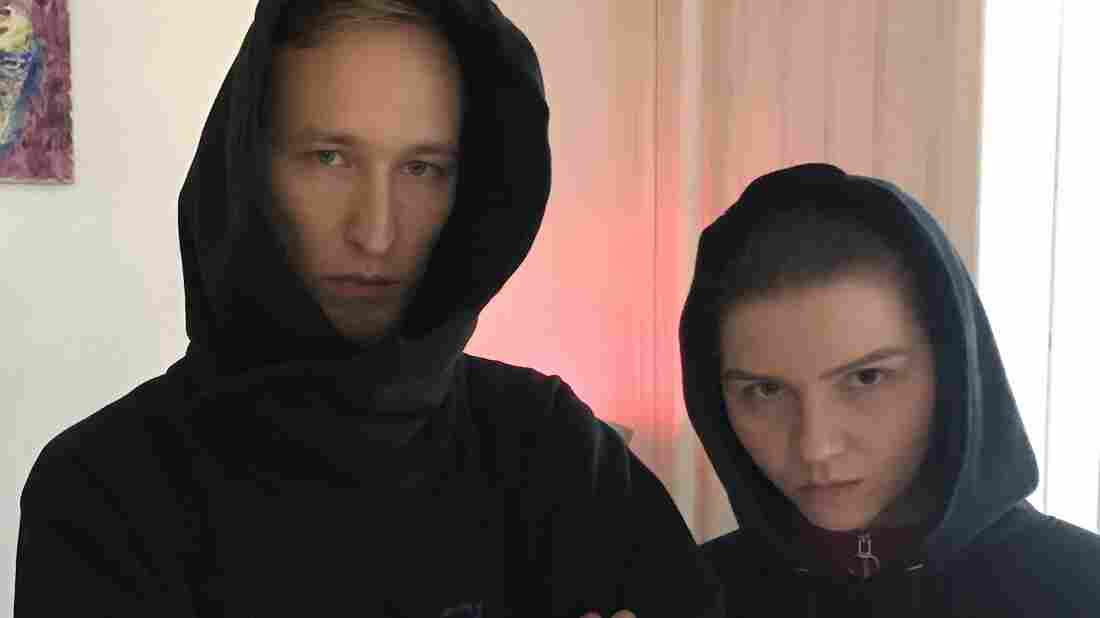 Last December, IC3PEAK's Nikolai Kostylev (left) and Anastasiya Kreslina (right) arrived in the Siberian city of Novosibirsk to give a concert, only to be detained by the police. Lucian Kim/NPR hide caption 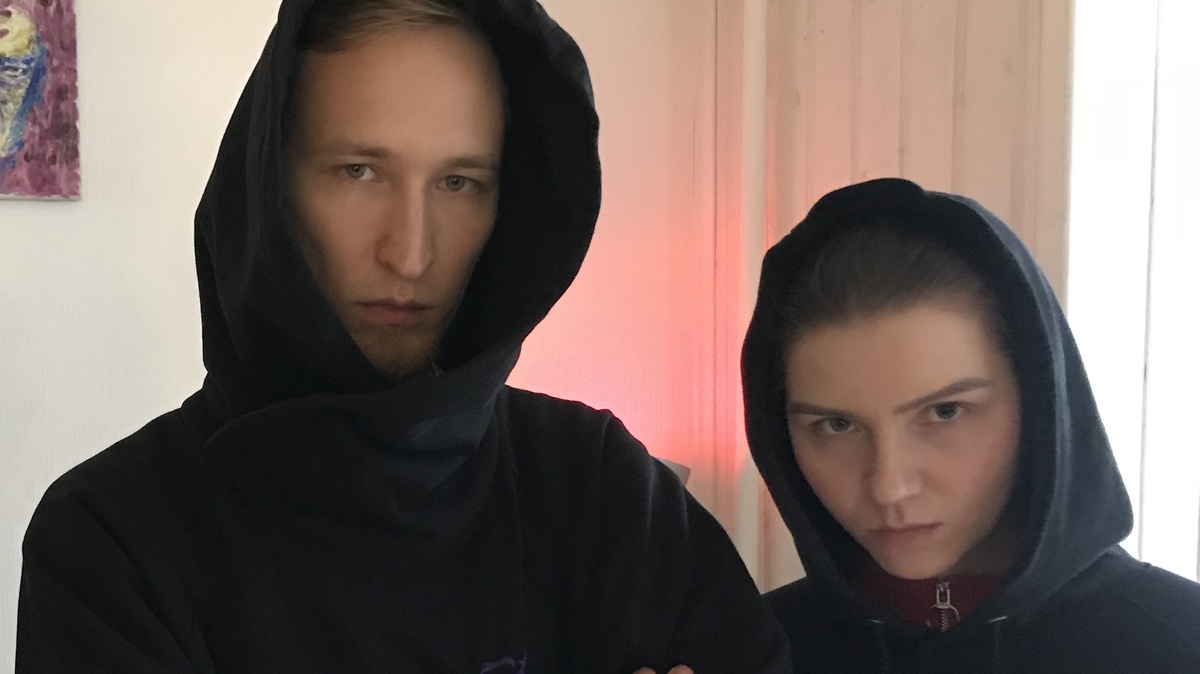 Last December, IC3PEAK's Nikolai Kostylev (left) and Anastasiya Kreslina (right) arrived in the Siberian city of Novosibirsk to give a concert, only to be detained by the police.

Russian authorities tolerated the music videos of zombie babushkas and gothic maidens, even as the ghoulish songs racked up millions of hits on YouTube. But when the Moscow-based electronic music duo IC3PEAK ventured into politics with their latest track, "Death No More," trouble began.

"In my gold chains, I'm drowning in this swamp," lead singer Anastasiya Kreslina sings. "My blood is purer than the purest drugs."

In the comically macabre video, Kreslina describes setting herself on fire on the steps of a Russian government building, indulges in a piece of raw meat at Vladimir Lenin's tomb and plays patty-cake with her partner, Nikolai Kostylev, while they sit on the shoulders of two riot policemen in front of the Lubyanka secret police headquarters.

The members of IC3PEAK (pronounced "ice peak"), who describe their work as "audiovisual terror," had crossed a line.

In December of 2018, when Kreslina and Kostylev, both in their mid-twenties, arrived in the Siberian city of Novosibirsk to give a concert, police detained them right at the train station. No charges were pressed, but the pair was held long enough to miss their gig.

Half of IC3PEAK's concerts on the duo's last tour through the Russian provinces ended up being cancelled after pressure from local authorities.

The crackdown on a new generation of Russian musicians began in late November of 2018, when Dmitry Kuznetsov, a 25-year-old rapper known as Husky, was prevented from performing in the southern city of Krasnodar and arrested. His arrest set off a wave of protest by fellow rappers that eventually came to the attention of Russian President Vladimir Putin.

Kreslina of IC3PEAK says the government lacks a sense of humor. She says their scandalous new video is essentially political satire.

"It's a descriptive video, we're not revealing anything new in it," she says. "We're just saying out loud what people would like to say but are afraid to. We're describing the state of mind of a person of our generation, who really has nothing to look forward to and can't expect any changes."

Kostylev says that young people who may not have cared about politics before are now paying attention because their music is being targeted.

At the heart of the generational clash is the digital connectivity of Russian youth versus the largely offline existence of their elders, who spent their formative years in the Soviet Union, where the government controlled everything from the way young people dressed to the kind of music they listened to.

We're describing the state of mind of a person of our generation, who really has nothing to look forward to and can't expect any changes.

"We all watch YouTube, listen to the same American rappers and follow the same TV shows," Kostylev says. "We have a lot in common with people our age around the world. I'm more like some guy my age in Mexico than my neighbor who's two generations older."

Kostylev might as well have been speaking about Putin, who is 66 and famously analog.

The president made his first comment on the banned concerts during a meeting with cultural leaders last month. "Rap and other modern [forms of art] are rested upon three pillars: sex, drugs and protest," Putin said, going on to explain that simply banning concerts would be counterproductive, but that the government's job is to lead youth culture.

"If it's not possible to stop something, then you have to lead and guide it," Putin said. "The worst you can do is suppress it, because you'll get exactly the opposite effect."

How to deal with the first generation of Russians born after the collapse of communism is a growing headache for the Kremlin. While older generations still watch state-run TV channels, young people are increasingly forming their views and expectations via the Internet.

Two years ago, Russians were surprised when young protesters turned out in masses for anti-government demonstrations, called for by opposition leader Alexei Navalny, who communicates directly with his supporters via YouTube and Twitter.

"Many young Russians are alienated because they feel their government doesn't respect their rights and is limiting their opportunities," says Yelena Omelchenko, a sociologist at the Higher School of Economics in St. Petersburg.

Omelchenko believes there's been a breakdown in communication.

"[It's] as if there were two parallel worlds," she explains. "The government still follows a post-Soviet policy of regulation and tries to control processes which are pointless to try to control."

Omelchenko's research shows that young people in Russia's largest cities are already culturally oriented toward Western Europe and follow global trends. "Attempts to regulate Russia's youth culture are bound to fail," she says. "Because it is too diverse and beyond any control."

Kostylev can confirm that observation after the outpouring of support when their concerts were cancelled. "We returned home from our last tour with new inspiration," he said. "Our fans really want to do something and change something for the better."

The duo doesn't want to reveal whether their next video will touch on politics again. "No, it could be something really nice and bright," Kreslina says.

"With kittens and little kids and Putin as the sun," Kostylev adds.