Accessibility links
Chicago Cops Found Not Guilty Of Cover-Up In Laquan McDonald Shooting Case The officers were charged with conspiracy, obstruction of justice, and official misconduct for allegedly exaggerating the threat the 17-year-old posed to officers. 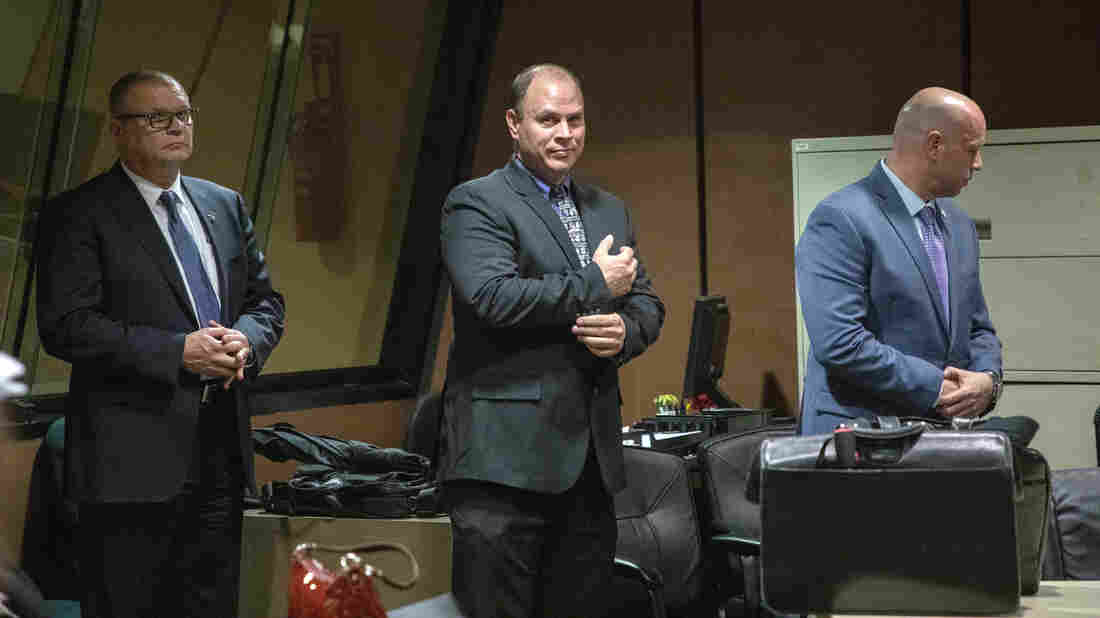 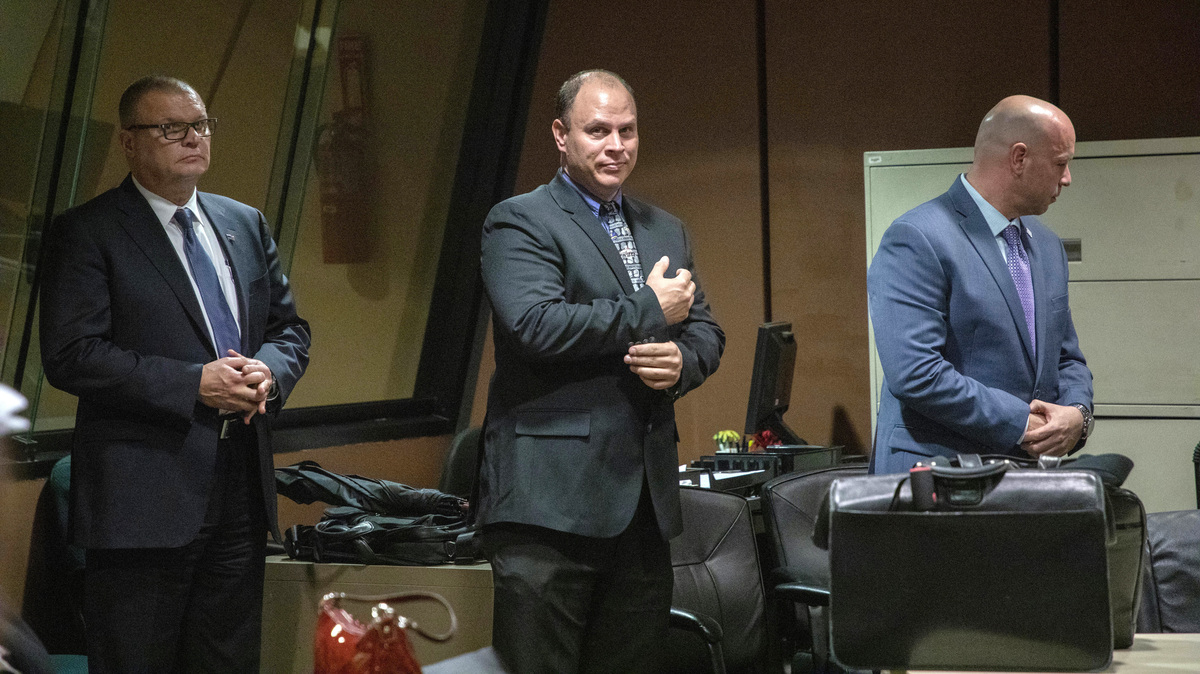 Three Chicago cops were found not guilty of attempting to cover up the fatal police shooting of Laquan McDonald.

In a lengthy statement, Stephenson said it was reasonable to believe an attack was imminent and the shooting should not be viewed in hindsight.

"It is not as simple as looking at the reports and comparing them to what was on the video," Stephenson said.

The dashcam video showed McDonald walking away from Officer Jason Van Dyke just before the shooting. The recording sparked political upheaval and was later used to convict Van Dyke of second-degree murder and aggravated battery. Van Dyke is scheduled to be sentenced Friday.

Beyond the video, Stephenson attacked the credibility of state witnesses and their heavy reliance on police reports. Notably, she called the testimony of Officer Dora Fontaine, a key state witness, "not credible." She also criticized state witness Jose Torres for not immediately telling police he witnessed the shooting.

Prosecutors had claimed the police reports filed by March, Gaffney, and Walsh were part of a conspiracy to cover up for Van Dyke.

Gaffney, Walsh, and March all waived their right to a jury trial and instead chose to have Cook County Judge Domenica Stephenson decide their fate. The trial closed Dec. 6 with none of the men taking the stand and their lawyers calling only one witness.

Police reform advocates hoped Stephenson's decision will send a message that the so-called police code of silence will no longer be tolerated.

The defendants, meanwhile, have maintained they reported on the McDonald shooting to the best of their abilities and the charges against them were trumped up to satisfy an outraged public.

Here's a recap of the courtroom arguments Stephenson considered before announcing her verdict.

The prosecution: 'Right there in black and white'

In addition to the dashcam video, prosecutors relied heavily police reports to build their case.

The video, they said, proved McDonald was not an immediate threat even though he was carrying a knife with a three-inch blade. But in some police reports, Van Dyke, Gaffney, and Walsh each checked a box to indicate McDonald used force likely to cause death or great bodily harm.

"The only way the shooting of Laquan McDonald could be justified is if that last box is checked," Special Prosecutor Patricia Brown Holmes told the judge during closing arguments. "Defendants Gaffney and Walsh checked that box knowing it was a lie. ... That's official misconduct, that's obstruction of justice, that's conspiracy — right there in black and white."

March was not on the scene when Van Dyke killed McDonald, but prosecutors claimed he used his position as the detective investigating the shooting to shape a false narrative that justified Van Dyke's decision to shoot.

Prosecutors pointed to a report from March that stated, "McDonald committed aggravated assaults against the three officers, finally forcing Officer Van Dyke, in defense of his life, to shoot and kill McDonald."

March's investigation concluded the dashcam video was consistent with the information officers reported, an assertion the prosecution called a lie beyond any reasonable doubt.

The defense: 'There was no intent to mislead'

"There was nothing illegal about the way these forms were filled out," defense attorney Thomas Breen said during closing arguments. "There was no intent to mislead."

The defense teams also insisted the cops did not conspire with each other, but rather each simply had a similar perspective of the shooting.

This story is part of 16 Shots, a podcast about the fatal police shooting of Laquan McDonald, the trial of officer Jason Van Dyke and the troubled relationship between African-Americans and the Chicago Police Department.