Accessibility links
Saturn's Rings May Have Formed Relatively Recently, Scientists Say A new study shows that Saturn's rings are only 10 million to 100 million years old, much younger than the planet itself.

You Don't Look A Day Over 100 Million, Rings Of Saturn

You Don't Look A Day Over 100 Million, Rings Of Saturn 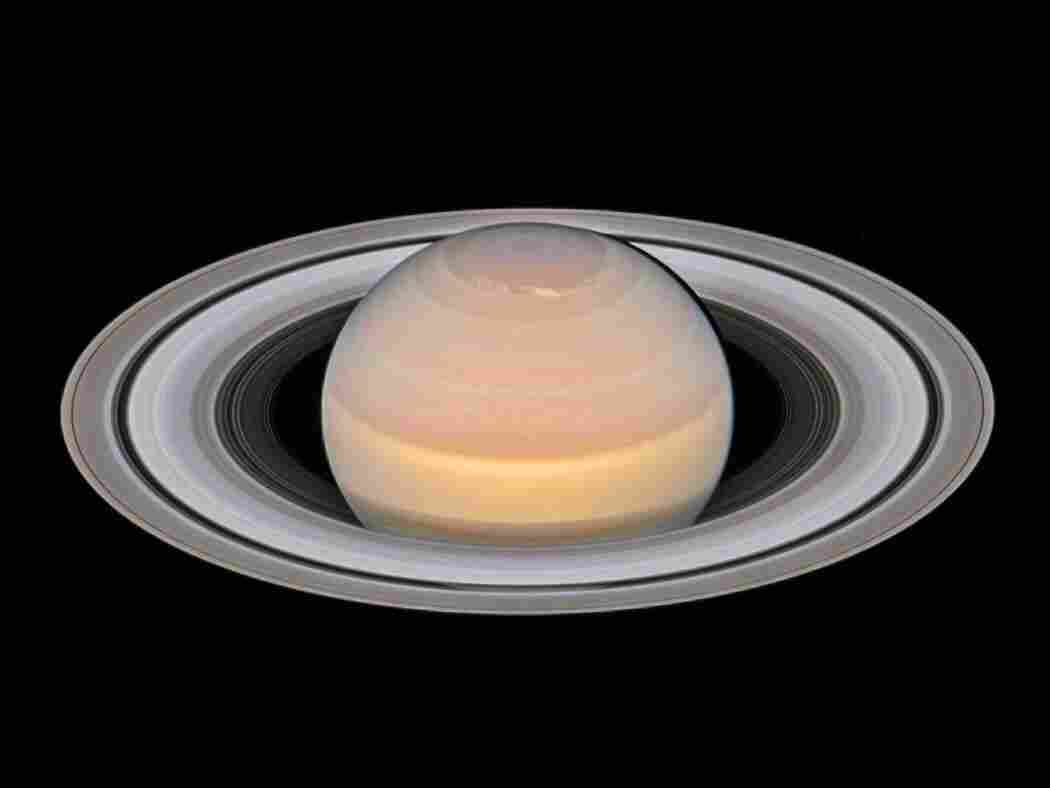 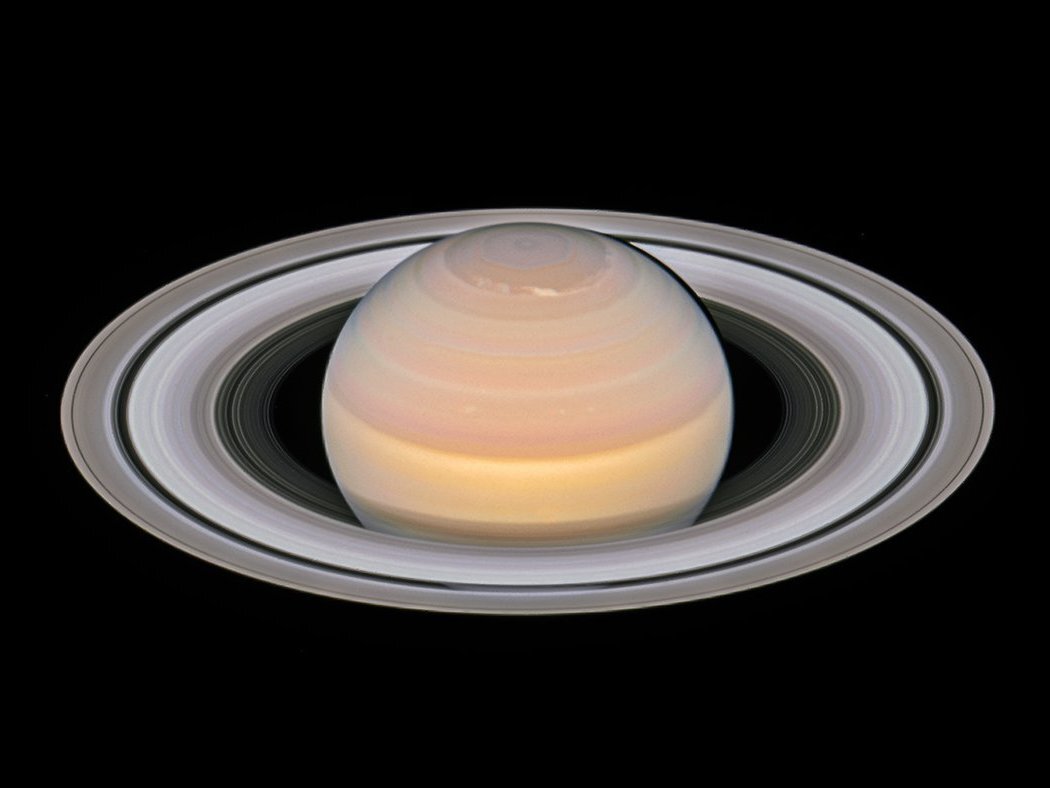 NASA, ESA, A. Simon (GSFC) and the OPAL Team, and J. DePasquale (STScI)

Saturn is famous for its lovely rings, but a new study suggests the planet has spent most of its 4.5 billion years without them.

That's because the rings are likely only 10 million to 100 million years old, according to a newly published report in the journal Science that's based on findings from NASA's Cassini probe.

Cassini spent some 13 years orbiting Saturn before plunging down and slamming into its atmosphere. During its final orbits, the spacecraft dove between the planet and its rings. That let scientists measure the gravitational effect of the rings and get a good estimate of the ring material's mass.

What they found is that it's only about 40 percent of the mass of Saturn's moon Mimas, which is way smaller than Earth's moon. 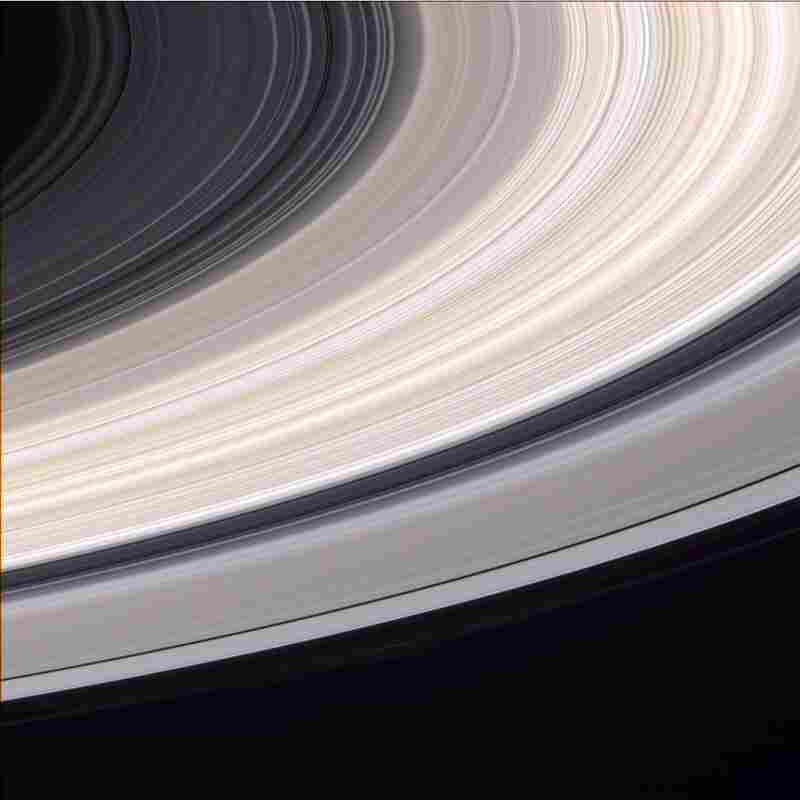 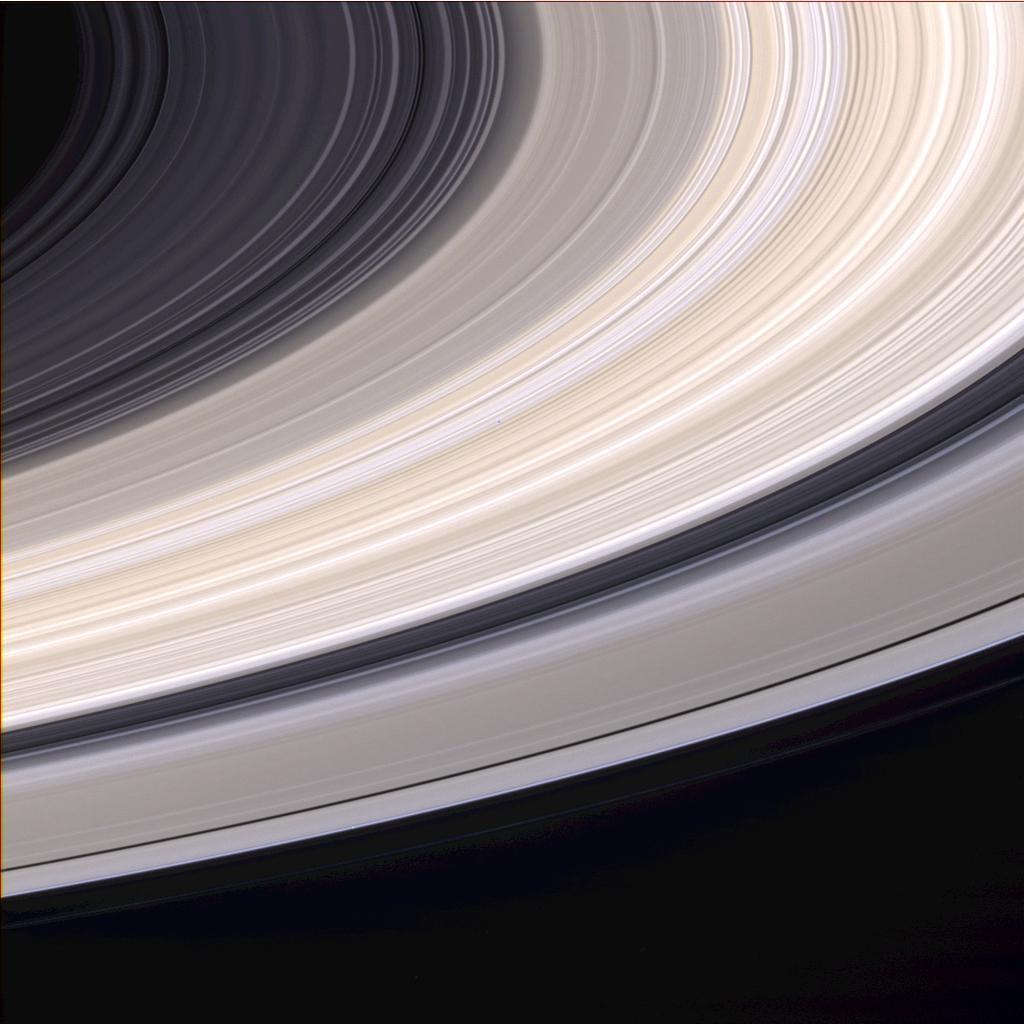 This small mass suggests that the rings are relatively young. That's because the rings seem to be made of extremely pure water ice, suggesting that the bright white rings have not existed long enough to be contaminated by the bombardment of messy, dirty comets that would be expected to occur over billions of years. Some scientists thought it was possible that darker debris from comets might lie beneath the bright ice, undetectable to their instruments, but this new study shows that isn't the case.

"There's no huge amount of massive material hidden in the rings that we can't see," says Philip Nicholson, a planetary scientist at Cornell University and one of the study's authors. "The rings are almost pure ice."

He says the relative youthfulness of Saturn's ring system is something that scientists have come to suspect only recently. "It was easier to believe that it formed at the same time as Saturn and its satellites did," Nicholson says. "It's hard to understand how they could have formed that recently."

It's possible that the rings are the remnants of a comet or some other icy object that made a chance encounter with Saturn and got ripped up, he says. Or, perhaps one of Saturn's icy moons got whacked by an impact with a large comet.

Whatever happened, it's looking more and more likely that Saturn's splendid rings are a temporary phenomenon that humans are lucky to get to see at all. Previous measurements from Cassini helped show that the rings may be disappearing at a rapid clip, as dusty ice particles get pulled down to Saturn by its gravity. In another 100 million years, Saturn's most distinctive feature might be gone.