Accessibility links
Crews Race To Save 2-Year-Old Spanish Boy Who Fell Down 300-Foot Hole The toddler fell into the hole on Sunday. Rescue efforts so far have been unsuccessful, but workers are drilling new tunnels in hopes of reaching him alive. 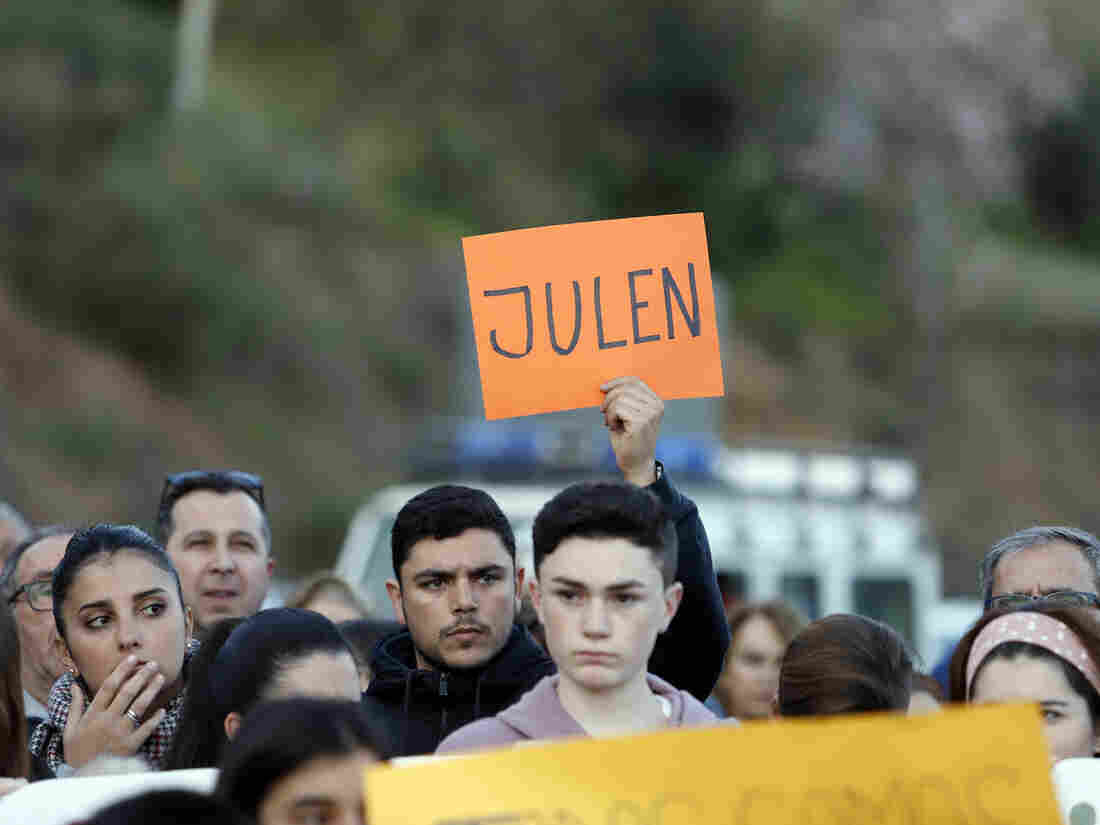 Neighbors gather on Thursday to show their support for the family of toddler Julen Rosello, who fell down a hole Sunday in Spain's Málaga province. Álex Zea/Europa Press via Getty Images hide caption 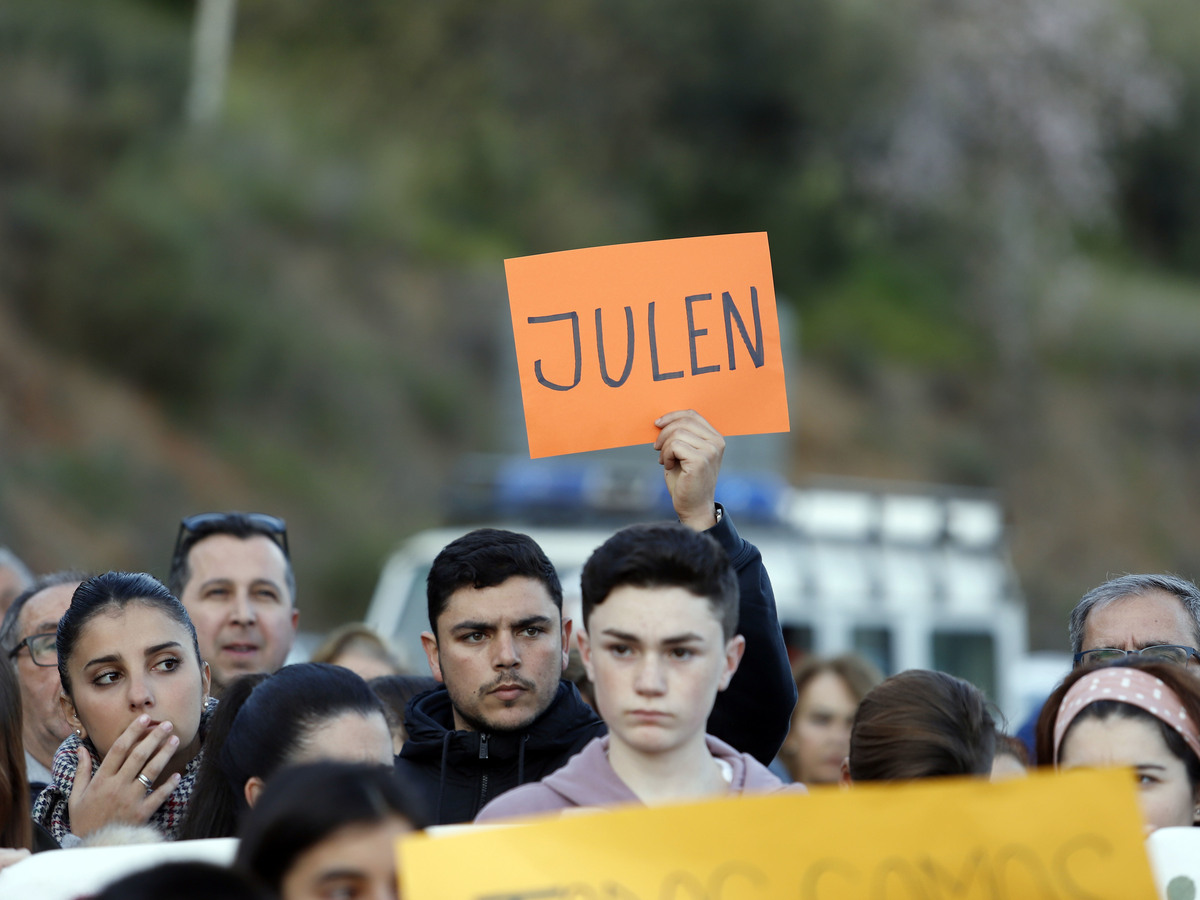 Neighbors gather on Thursday to show their support for the family of toddler Julen Rosello, who fell down a hole Sunday in Spain's Málaga province.

Two-year-old Julen Rosello was with family members on a rural property in southern Spain on Sunday when he is thought to have fallen down a hole more than 300 feet deep.

"I heard my son crying, and 30 seconds later I couldn't hear him anymore," the boy's father, José, told Spanish media. However, Julen has not been heard from since.

The hole in the town of Totalán in Málaga province is about 10 inches across – too small for adults to squeeze into. Rescue teams have been working for days to reach the boy but have been hampered by obstructions in the earth.

Workers had been boring a hole horizontally when they hit a heavy stone, lead engineer Angel Garcia told The Associated Press. The plan now is to dig two parallel tunnels vertically, he says — but that digging can't start until at least Friday, as a platform to support heavy machinery must be installed first. Worse still, rain is forecast for the coming days.

Rescuers have found hair samples from the boy in soil within the shaft, providing "scientific evidence that the minor is there," María Gámez, the central government's deputy delegate in Málaga, told reporters on Wednesday.

"We are not going to stop even one minute," she said, according to the AP. "Nobody in the rescue team is putting in doubt that we will bring him out, and we all remain confident that he will be alive."

Julen was playing with his 1 1/2-year-old cousin when he fell down the hole, Spanish newspaper El País reports. Searchers believe there might be an air pocket underground that could be a means for the boy's survival. And on Tuesday, searchers using a robotic camera found a bag of candy in the well.

The hole may have been drilled by someone in an attempt to find water, El País reports. "There are hundreds more like that one, covered with rocks, and nobody thinks that anyone could slip down one," an officer with the Civil Guard's nature protection service told the newspaper.

Neighbors in Totalán have gathered at the site in a vigil, holding signs with the messages "All of Spain is with you" and "We are sending you our strength," Reuters reports.

Julen's parents have suffered tragedy before: Their 3-year-old son, Oliver, died of cardiac arrest in 2017 during a family walk on the beach, according to El País.