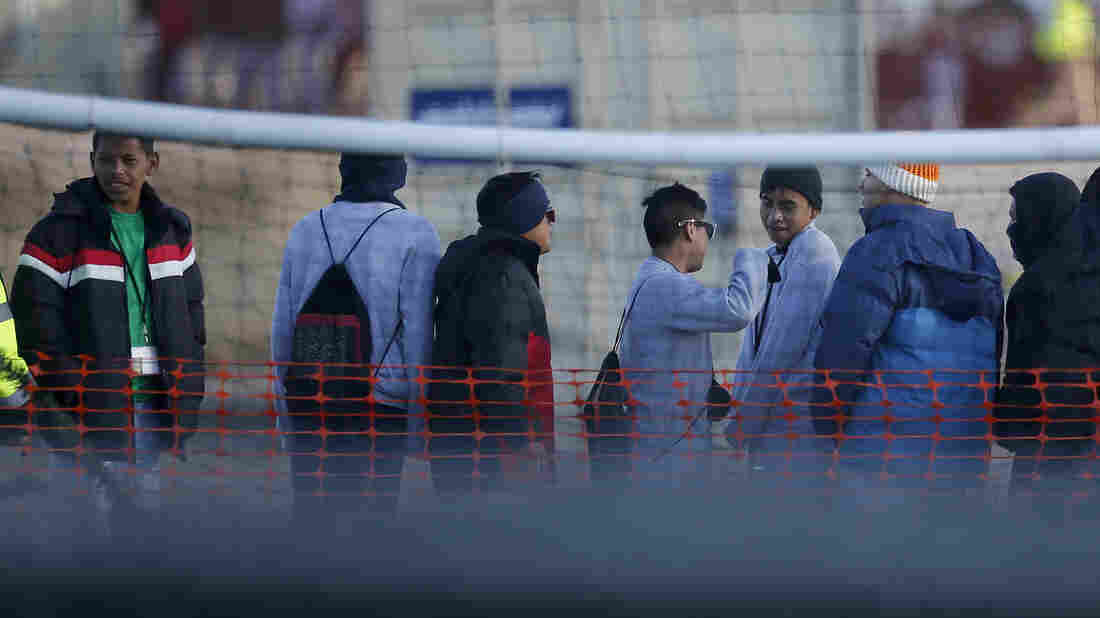 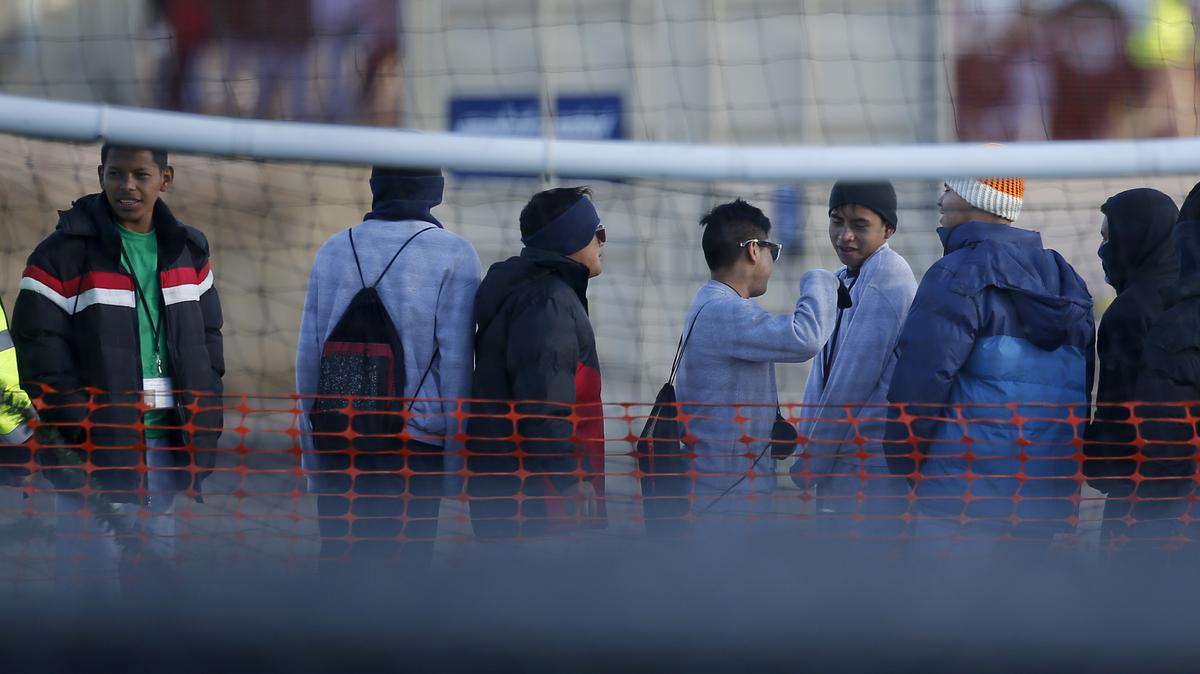 Teen migrants wait in line inside the Tornillo detention camp in Tornillo, Texas, in December 2018.

For nearly a year before family separation became an official and controversial policy of the Trump administration in the spring of 2018, federal immigration agents separated "thousands" of migrant children from their parents. That's according to a government watchdog report released Thursday.

"OIG found more children over a longer period of time were separated by immigration authorities and referred to HHS for care than is commonly discussed in public debate. How many more children were separated is unknown by us and HHS," Ann Maxwell, assistant inspector general for evaluations at the Office of Inspector General at the Department of Health and Human Services, told reporters.

She said HHS officials estimated the number of children was in the "thousands" but would not give a more exact figure.

The report is the first official U.S. government acknowledgment that the Trump administration was using family separation as a measure to deter illegal immigration nearly a year before it became official DHS policy. NPR and other media were reporting the increase of family separations at the border in early 2018.

"Beginning in the summer of 2017, before the formal announcement of the [Trump administration's] zero tolerance policy, ORR saw a steep increase in the number of children who had been separated from a parent or guardian by the Department of Homeland Security," according to an OIG press release.

That means the Trump administration was engaged in an aggressive and unannounced policy to separate families well before the issue exploded into the headlines in April 2018. That's when then-Attorney General Jeff Sessions announced that all parents who crossed the border illegally would be prosecuted for immigration violations, and the government would take their children into custody. Reports of wrenching scenes in border detention cells where uniformed agents pulled hysterically crying children away from parents sparked a public outcry that prompted the administration to abruptly discontinue the policy three months later in June.

The Department of Homeland Security maintains that the uptick in family separations in summer 2017 was a reflection of the higher numbers of undocumented immigrant families arriving at the U.S. border asking for entry.

"The (OIG) report vindicates what DHS has long been saying: for more than a decade it was and continues to be standard for apprehended minors to be separated when the adult is not the parent or legal guardian" or the child's safety is at risk, said DHS spokesperson Katie Waldman. "For the HHS OIG to claim it was not known that DHS is actively enforcing this policy in the same manner for more than a decade ... casts doubt on the HHS OIG's credibility on this topic."

A federal lawsuit resulted in the government identifying a class of 2,737 children who had been separated from their families between May and June 2018. "However, this number does not represent the full scope of family separations," according to the OIG statement.

Under orders of a federal judge in California, HHS has now reunited nearly all of those 2,737 children with parents or released them to relatives living in the country. Moreover, the Office of Inspector General says the thousands of children who were removed from their parents starting in the summer of 2017 were all discharged from government custody before zero tolerance went into effect.

Immigrant advocacy organizations such as the Women's Refugee Commission said at the time, "We began to hear a noticeable increase in this practice in the summer [of 2017]." Moreover, 74 congressional Democrats sent a letter to Homeland Security Secretary Kirstjen Nielsen denouncing family separation as unlawful and immoral.

In response to the report, Lee Gelernt, lead attorney and deputy director of the ACLU's Immigrants' Rights Project, said: "This policy was a cruel disaster from the start. This report reaffirms that the government never had a clear picture of how many children it ripped from their parents. We will be back in court over this latest revelation."