Accessibility links
StoryCorps: Leesburg Stockade Girls Recall Time As Civil Rights-Era Prisoners In 1963, more than a dozen girls were jailed for about two months in an old, squalid stockade in Georgia for protesting segregation. At StoryCorps, some of them talk about the experience. 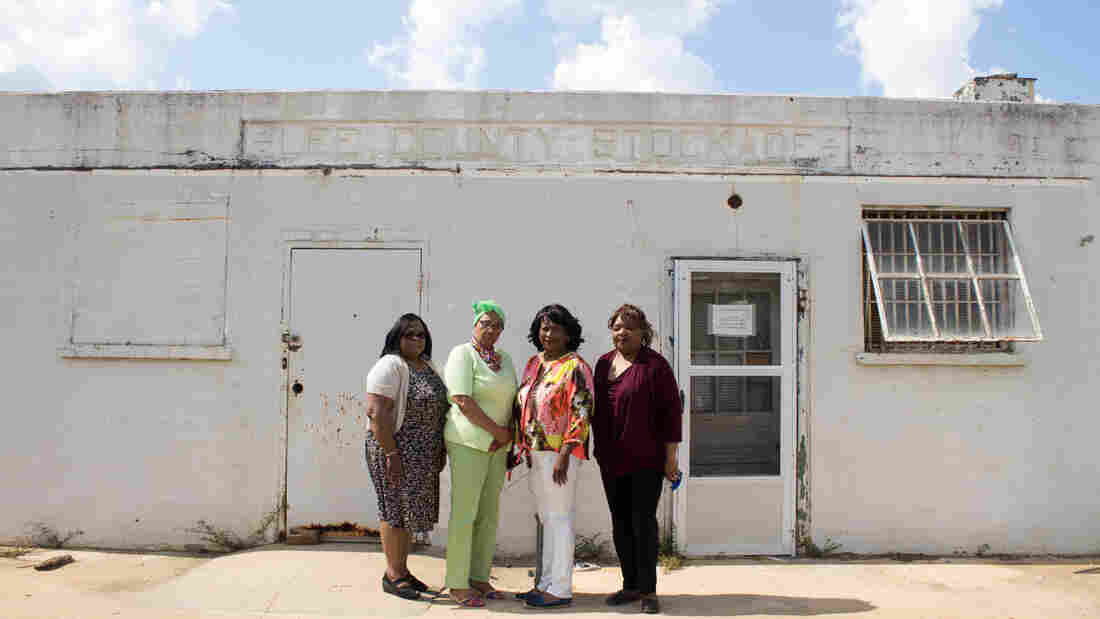 Taken in 2016, (left to right) Emmarene Kaigler-Streeter, Carol Barner-Seay, Shirley Green-Reese and Diane Bowens stand outside the stockade building in Leesburg, Ga., where they were jailed in 1963. Aletta Cooper/StoryCorps hide caption 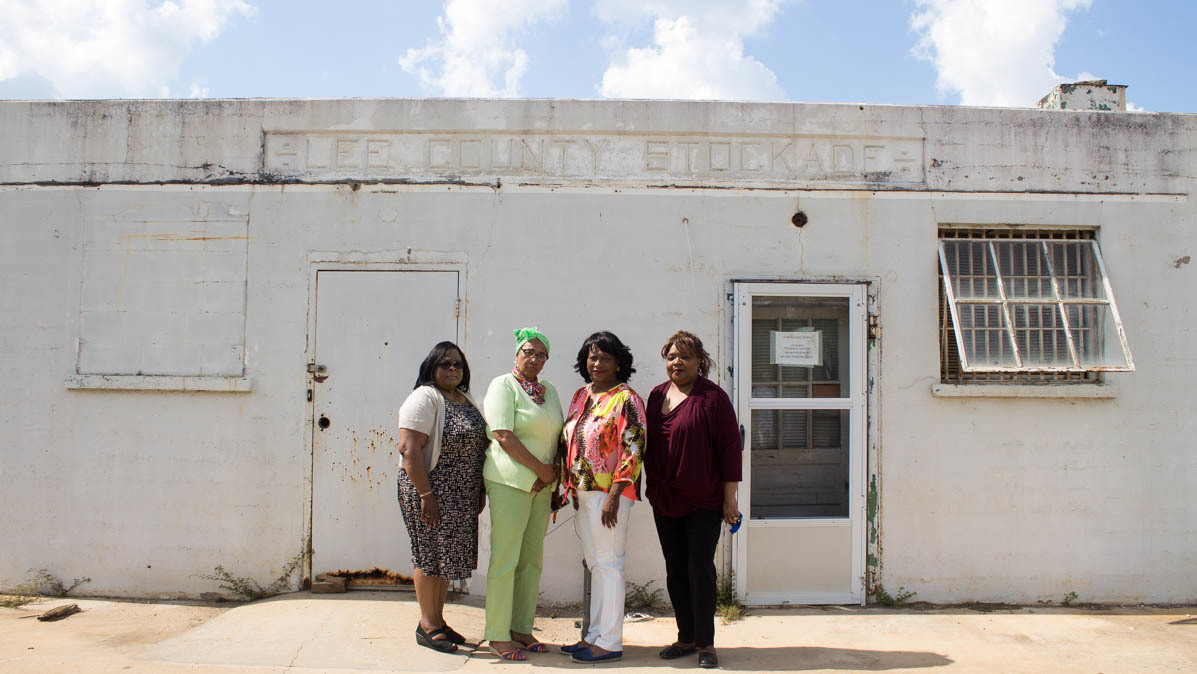 Taken in 2016, (left to right) Emmarene Kaigler-Streeter, Carol Barner-Seay, Shirley Green-Reese and Diane Bowens stand outside the stockade building in Leesburg, Ga., where they were jailed in 1963.

The day Martin Luther King Jr. gave his landmark "I Have a Dream" speech in August 1963, a lesser known moment in civil rights history was unfolding in southern Georgia.

More than a dozen African-American girls, ages 12 to 15, were being held in a small, Civil War-era stockade set up by law enforcement in Leesburg, Ga., as a makeshift jail.

Though they were never charged with a crime, the girls had been arrested for challenging segregation in demonstrations in nearby Americus, Ga. For about two months, the girls slept on concrete floors; there was no working toilet or shower. There were minimal food and water deliveries each day.

"The place was worse than filthy," recalled Carol Barner-Seay at StoryCorps in 2016.

Barner-Seay, who's now 68, had been imprisoned there along with Shirley Green-Reese, Diane Bowens and Emmarene Kaigler-Streeter. At StoryCorps, the four women recounted their time together in the stockade.

"Being in a place like that, I didn't feel like we was human," Shirley Green-Reese, now 70, said.

The girls' families did not know where they were. Green-Reese said she often felt hopeless. "I had never been away from home," she said. "After a week, it started messing with me mentally, as if no one cared, and I gave up hope many days. It was a lot of crying in that place." 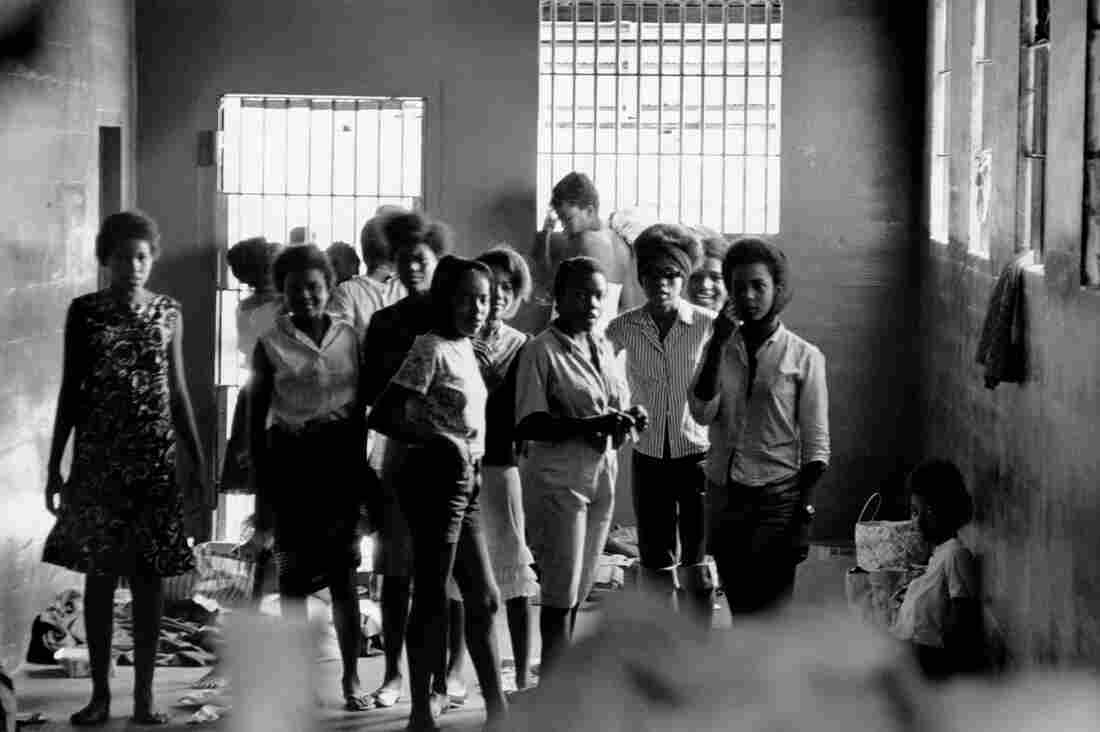 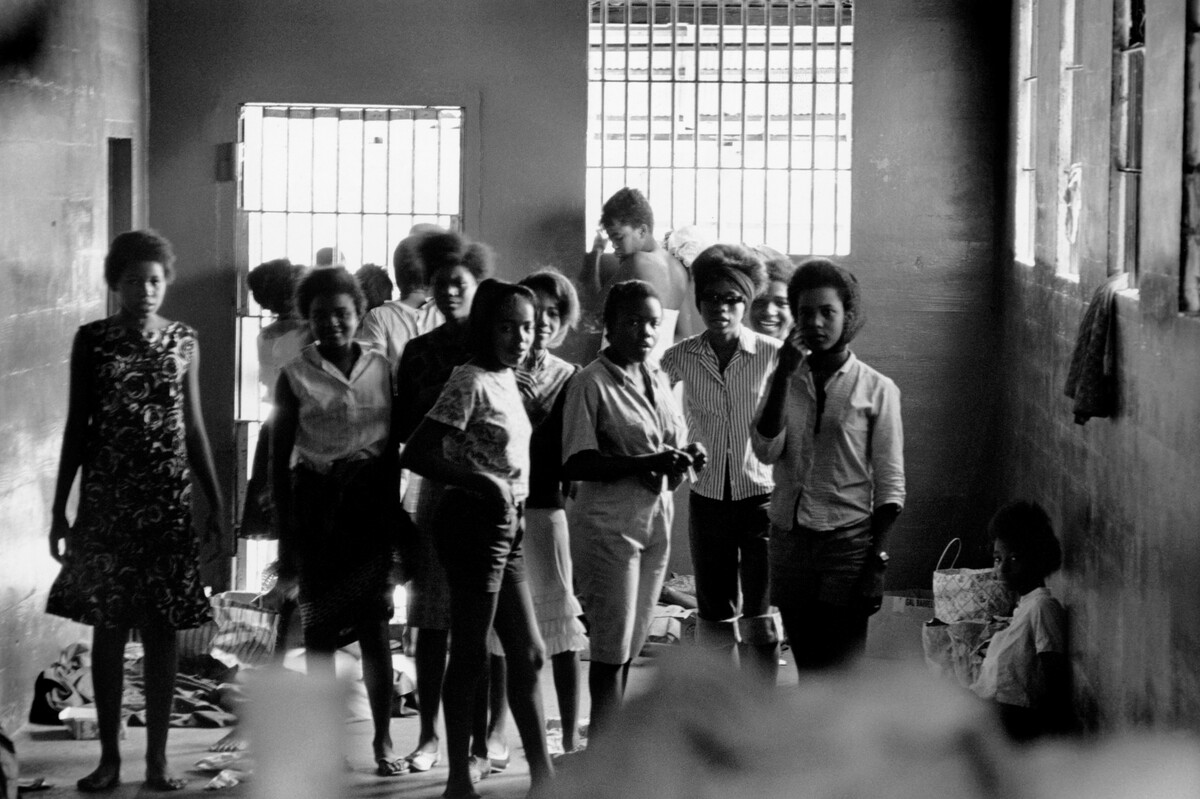 Bowens, who's 68, was especially concerned about one of the girls, Verna Hollis. "I was scared Verna was going to die. If she ate, it would just come right back up."

Hollis didn't know that she was pregnant at the time. "We didn't know because we were children," Green-Reese said.

Looking back, Barner-Seay remembered Hollis' strength. "If she complained to anybody, it was under her breath to God, but we never heard it," she said.

Hollis' son, Joseph Jones III, is now 54 years old. A year before Hollis died in 2017, she recorded a StoryCorps interview with him, reflecting on those months she'd been jailed as a teen.

"I was scared and mad that you could treat a human being like they treated us," said Hollis, then 68. "We both could have died in there."

Jones told his mom he, too, was inspired by her strength. "I'm proud of that, and I try to live from that," he said.

The Student Nonviolent Coordinating Committee eventually learned where the girls were and sent photographer Danny Lyon to the stockade to photograph them. When Lyon's photographs documenting their squalid living conditions were published, the girls were released.

When Green-Reese went back home, she says she didn't feel welcomed. "When we got out of that stockade, my classmates and my teachers never asked me where I was coming from," she said. "I felt like I didn't fit in, so after high school, I left the area and moved forward."

She took a job with a library in Savannah, Ga. In the archives at work one day, she saw for the first time one of Lyon's photos of the imprisoned girls, including herself, behind bars at the stockade.

But Green-Reese didn't share the photo with her coworkers. "I didn't want them to know I was in that jail," she said.

It wasn't until 2015 that the women who had been imprisoned in the stockade got together to discuss their time there.

Bowens says she doesn't do well in confined spaces. "Today, when I got in this elevator, I was about to have a heart attack," she said in 2016. "I just don't want to be closed in, and I don't want to be in the dark."

Green-Reese says the experience is in her "fibers."

"And I still don't like to talk about it," she said, "but this is a part of all of our lives forever."