Accessibility links
Maren Morris' New Song, 'GIRL,' Is A Pep Talk To Herself After three years of whirlwind success that led from her debut album through last year's smash dance-pop hit "The Middle," Morris' new song is an interior dialogue about struggling through self-doubt.

Maren Morris' New Song, 'GIRL,' Is A Pep Talk To Herself

Maren Morris' New Song, 'GIRL,' Is A Pep Talk To Herself 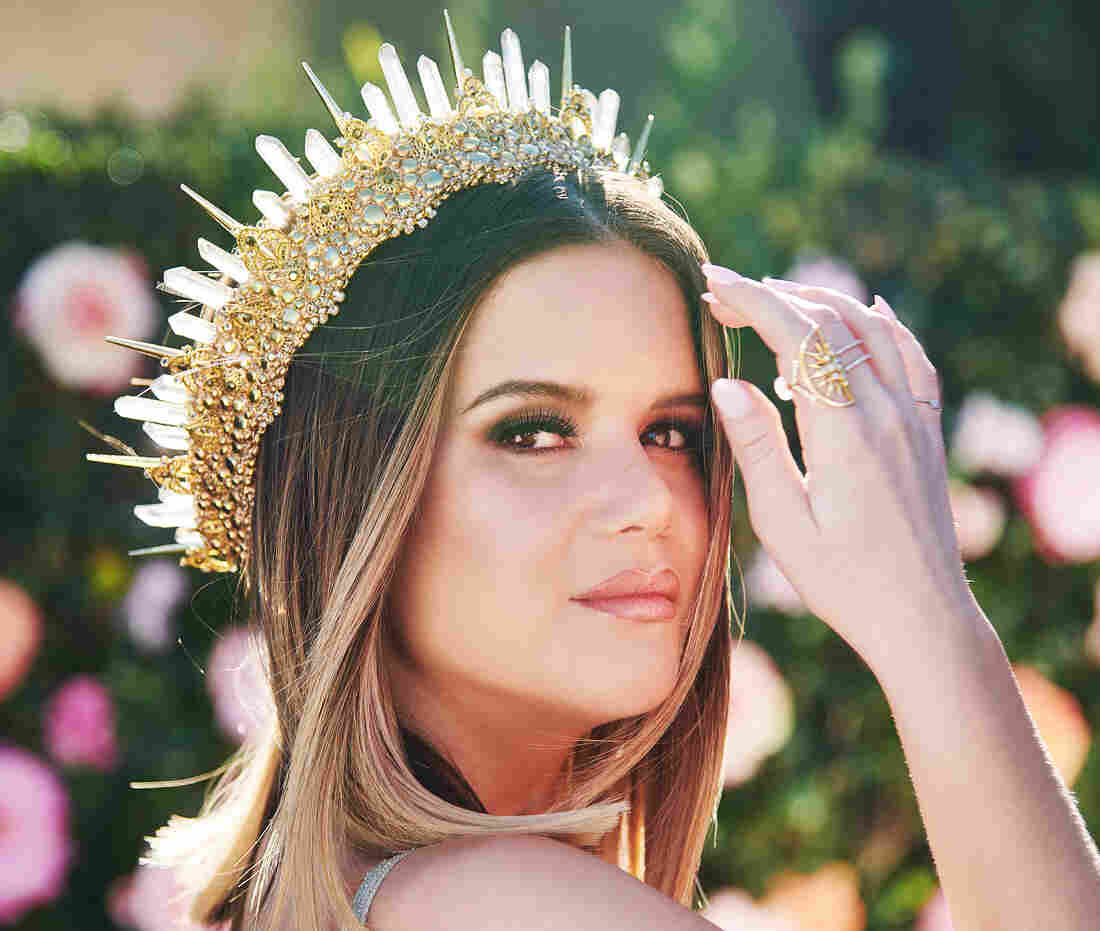 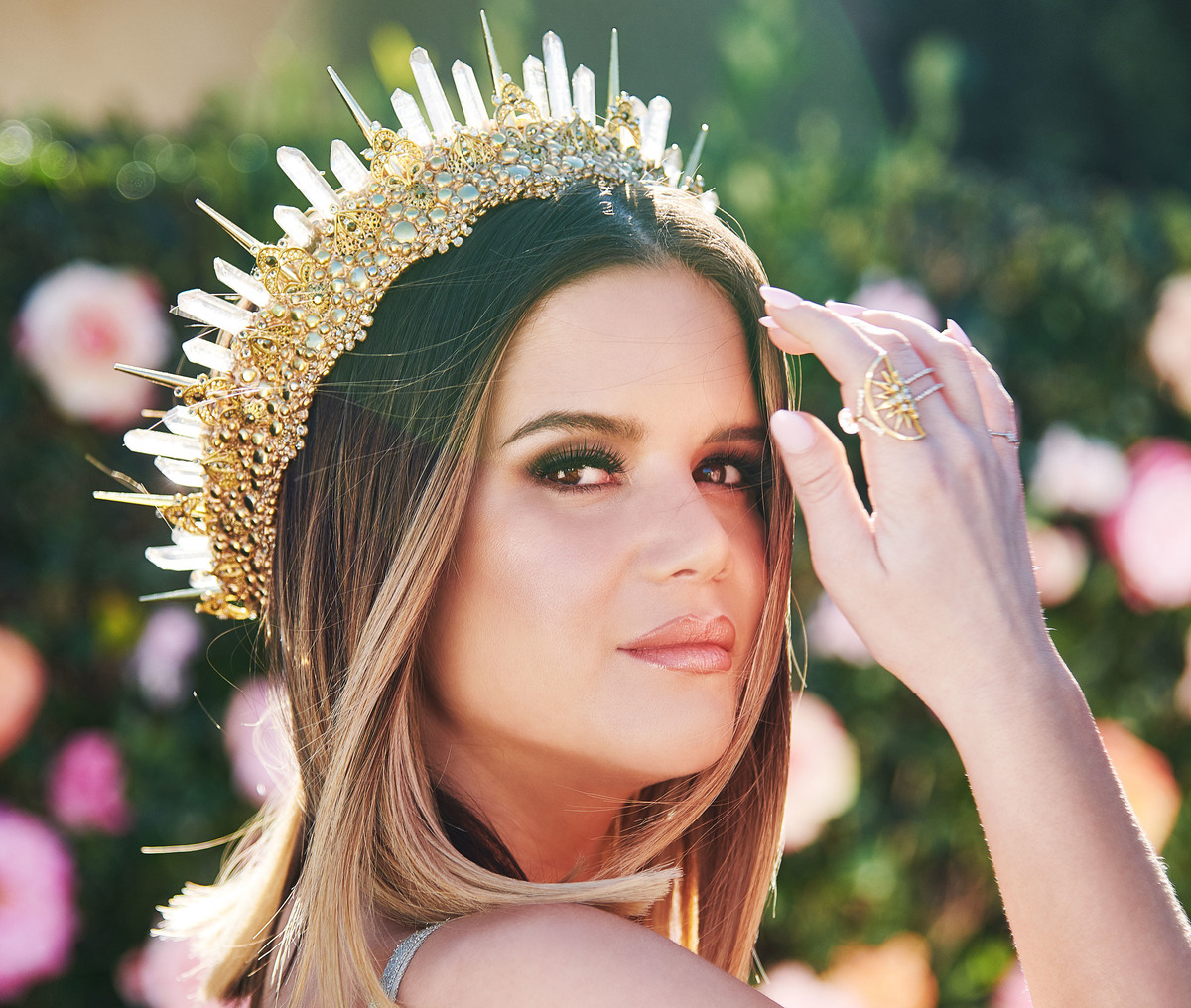 Jamie Nelson/courtesy of the artist

The song "GIRL," which arrived at all digital music platforms yesterday afternoon, is the first new solo music from Maren Morris since she released her 2016 major label debut Hero and its four singles. When I first learned the song's name, it made me think of "Female," Keith Urban's well-meaning but muddled meditation from 2017 on symbols of femininity and sexism. But listening to the song, it's clear that making a broad statement isn't really Morris's mission at all.

The first verse catches her in what sounds like a private moment at the mirror. Over angsty, angular, power-strummed chords, she murmurs, "Man this s***'s unflattering / All up in my head again / I don't feel myself right now / Maybe I should just lay down." A few lines later, she intensifies the confession: "I don't like myself right now."

Morris has placed these introspective moments at the heart of a song that she wrote with Sarah Aarons (who also had a hand in Morris' dance-pop smash "The Middle," a collaboration with Zedd and Grey) and Greg Kurstin (who's known for producing respected pop craftspeople like Sia and Adele). A press release quotes Morris as saying, "'GIRL' started as a something I was saying to another woman, like, 'We don't need to be competitive with each other,' and then I kind of realized that I was talking to myself."

Actual solitude is hard for Morris to come by these days. "GIRL" arrives on the heels of a fairly intense three-year period for the 28-year-old country-pop singer and songwriter. During that time, she went from the newbie hustle of undertaking her first national promotional efforts to developing a reputation as country's current embodiment of youthful, womanly savvy, a commercially successful heroine in an industry environment whose pressures and challenges are heightened for female artists, who was also fighting the good fight for women of her generation by grasping the language of sex-positive feminism and taking up for herself against slut-shaming trolls (that's just one example of how she embraced the role of bending country's rules of civility with the easygoing way she's spoken her mind on social media and in interviews). In the speech she gave when accepting the Country Music Association's 2016 New Artist of the Year award, she recalled how she hadn't even been given a ticket to the show the year before, and watched it on TV instead. Then she became a crossover force, with the chops, instincts and aspirations to hold her own in popular settings of rapidly increasing scale, like a Niall Horan arena tour and a tune that spent nearly four months camped out in the top 1o of Billboard's Hot 100 chart and is up for Record and Song of the Year at next month's Grammy Awards.

Because, rather than in spite of, all that, it makes sense to me that she'd choose this as a moment to dramatize a sort of interior dialogue for us. In She Begat This: 20 Years of the Miseducation of Lauryn Hill, one of my favorite music books last year, Joan Morgan wrestled with the impact of crowning Hill, then in her early 20s and just one album into her solo career, as the stylish, sophisticated and virtually infallible artist-prophet on whom so many young black women of hip-hop generation had been waiting. "I often think about the kind of artist Hill could have become if she'd allowed herself to be free of our expectations, be beautifully messy and revel in her contradictions," Morgan wrote. "Instead we put her up on a pedestal and then ordered her to remain there."

I invoke Morgan's musings not to imply that Hill and Morris move in anything close to the same cultural space or serve similar roles of representation for their fans, but as a way of thinking about how Morris may be finding her own way of processing the pressures she's encountered so far.

In the lyrics to "GIRL," she seems to shift perspective from diaristic unburdening to soothing self-talk. "I know that you're trying," she reassures during the chorus, her behind-the-beat phrasing exuding casual aplomb. She aims the swaggering lack of concern in her delivery at cutting outside opinions down to size. "Girl, don't you hang your head low," Morris coolly insists. Then she essentially rolls her eyes: "Everyone's gonna be okay."

Emboldened, she turns her disgust outward, toward a different "you." When she sings, "Drawing your comparisons, trying to find who's lesser than," I hear her addressing the music industry, the media, the public. "I don't wanna wear your crown, when there's enough to go around," she rebuffs, with a short but sumptuous vocal run.

Morris wasn't yet thinking about how she would handle any such popularity contest when I met up with her in an East Nashville neighborhood pub in December 2015, her presence drawing zero attention from anyone else there. That day, she described to me the uncertainty she'd felt about the recent release of her EP. After all, she'd gone from performing on the regional circuit as a Texas teen to putting her energy into learning the co-writing system as a professional Nashville songwriter, then tested the waters by putting a little bit of her own stuff on Spotify. "I wanted to see, in a Russian roulette way, do these songs hold weight to anybody else besides me?" she told me. What she felt sure of was that she wanted her music to capture her outlook — that of a 20-something relishing her independence, unsure of what commitments will be right for her, insisting on being taken seriously, even in her ambivalence. She'd set out, as she put it, to "be honest without being earnest."

As Morris' gold album, platinum singles, press darling status and upcoming world tour attest, a lot of people could relate. A big part of what made her appealing from the start was the way she came off a little too skeptical and self-directed to be a passively compliant participant in a Nashville star-making machine. Her accelerated rise could have smoothed out those qualities, but instead she's insisting on a slightly spikier brand of stardom, and one that highlights messiness from time to time.