Accessibility links
Tesla Cuts 3,000 Jobs As Elon Musk Aims To Make More Cars For Less Money The electric automaker is eliminating 7 percent of its workforce in a cost-cutting measure. "The road ahead is very difficult," Musk told employees in an email. 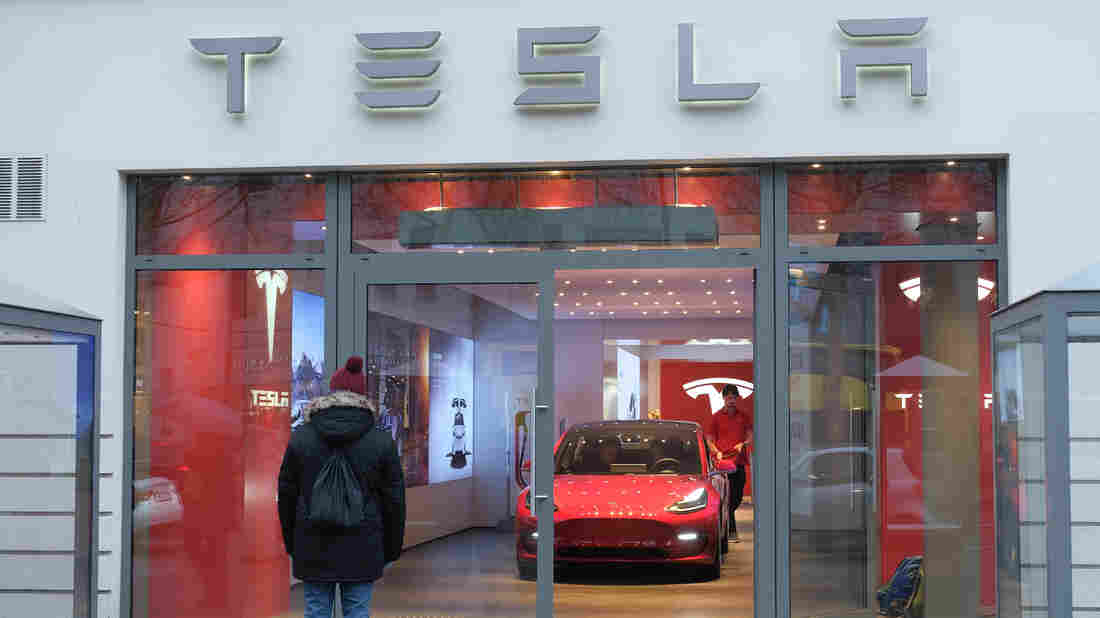 A man stands outside a Tesla dealership in Berlin on Jan. 4. On Friday, Tesla announced it would lay off 7 percent of its workforce, cutting some 3,000 jobs. Sean Gallup/Getty Images hide caption 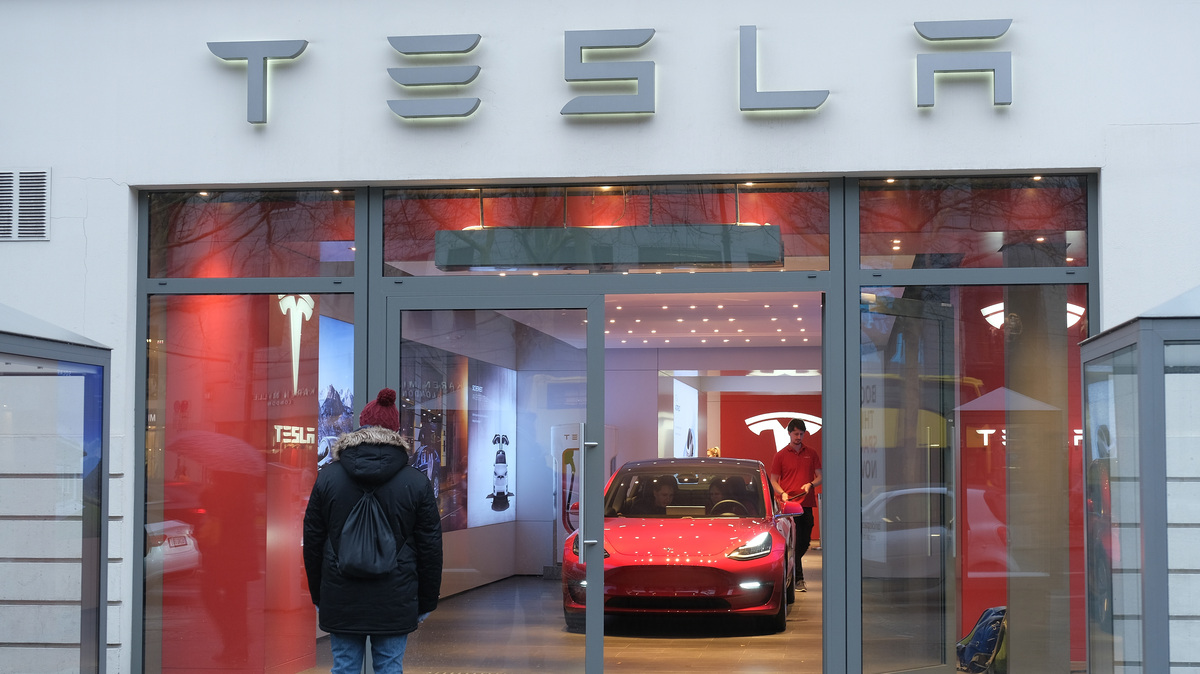 A man stands outside a Tesla dealership in Berlin on Jan. 4. On Friday, Tesla announced it would lay off 7 percent of its workforce, cutting some 3,000 jobs.

Tesla is reducing its workforce by 7 percent — more than 3,000 jobs, according to a recent staffing estimate — as the company continues its efforts to bring lower-cost electric vehicles to market.

CEO Elon Musk announced the layoffs on Friday in an email to staff, saying the company is facing "an extremely difficult challenge."

"We unfortunately have no choice" but to lay off employees, Musk said. "There isn't any other way." The company will also be eliminating all but the most important contractors and temps.

After kick-starting the electric car market in America with its high-priced luxury vehicles, Tesla has been attempting to transition to the mass market by making cheaper vehicles in larger numbers. It has been a rocky road, but the Model 3 is now the bestselling plug-in electric vehicle in America.

Musk has consistently emphasized that his goal for Tesla is not just financial success, but a transformation of the way the world travels — replacing cars that run on fossil fuels and contribute to climate change with electric vehicles, which can be powered by renewable energy.

The company's goal is "important for all life on Earth," he told employees Friday. "Succeeding in our mission is essential to ensure that the future is good."

But that kind of transformation won't happen if Tesla makes only pricey luxury cars for elite customers.

Elon Musk Settles With SEC, Agrees To Step Down As Tesla Chairman

Tesla posted a profit in the third quarter of last year — a notable achievement for Musk. But that was only possible because Tesla continued to focus on more expensive vehicles, including the pricier variants of the Model 3, he says.

Musk is still determined to boost production of midrange and lower-priced versions of the vehicle. He has promised a $35,000 vehicle to consumers, but so far, the cheapest Model 3 is $44,000.

And this year, the pressure to cut prices will only mount: Tesla customers are gradually losing a federal tax credit that helped offset sticker shock, because the company has now sold too many cars to qualify for the credit.

Then there's the rise of competition. Electric vehicles are still a very small fraction of new car sales, but they're growing. And the market currently dominated by Tesla is going to get increasingly crowded, as traditional automakers prepare new plug-in models that will roll out over the next few years.

"The road ahead is very difficult," Musk said. "This is not new for us — we have always faced significant challenges — but it is the reality we face."

Given rising costs and competitive pressures, cutting staff is a "practical, traditional" step for Tesla to take, says Jessica Caldwell, the executive director of industry analysis at Edmunds.

Which is to say, it's a bit of a surprise considering that Musk is not exactly renowned for being practical or traditional.

"When you're talking about a company that builds tents to solve production challenges, it's almost more notable when you see them doing something conventional," Caldwell says.

Tesla laid off thousands of workers last year, too, as it struggled to scale up production of the Model 3. But as months passed, the company ramped back up, ultimately growing by 30 percent — which turned out to be unsustainable, Musk says.

In October, Musk said that Tesla employed some 45,000 people.

Tesla stock was down nearly 11 percent Friday afternoon, but investment analysts were largely pleased with Musk's announcement, arguing that the cuts will leave Tesla better positioned for future profits.

"Tesla needs to operate more efficiently and sell cheaper models to survive and ride the growth of EVs," Gene Munster and Will Thompson of Loup Ventures wrote. "Musk's focus appears to be shifting to profitability."